The presentation of the Roshydromet airborne laboratory in Zhukovsky gave a reason to recall stories the creation of high-altitude domestic aircraft. Although Russia now has nothing to boast about and, as in many other industries, it is more likely to lag behind the advanced technological powers than to lead, nevertheless, the scientific and industrial potential remains - a legacy of the Soviet Union.

- Tell us about the Yak-XNUMHD, on the basis of which a new flying laboratory "Roshydromet" was created.

- It came from Kazan airline "Tulpar", where it was operated as intended. Our company underwent re-equipment, having undergone many changes. But the changes affected mainly the work of operators, for the pilots the plane remained almost the same. All characteristic speeds are the same. During test flights we went out at high angles of attack, up to the alpha-dop. Speed ​​checks were approached very carefully in all flight configurations: with the mechanization removed, flaps in the take-off configuration, and landing. Our task was to check the plane, and not to test it in full. We tried to prevent stalling, especially the corkscrew, from which the Yak-42 comes out badly, also because of the shading of the T-shaped tail.

- Is there a limit on the maximum flight altitude, has the piloting technique changed? 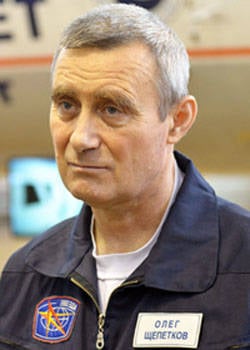 - The flying laboratory has all the characteristic speeds, the angles are preserved from the serial aircraft. According to the piloting technique, no changes were revealed. The cockpit was not altered, so the composition of the crew of three people has not changed. Is that a percentage of three increased fuel consumption. The maximum flight altitude for this aircraft is set to 9100 meters, we have reached it. When cutouts for sensors and blisters are made, the fuselage is inflated on the ground to check tightness. In our case, this was not done for the sake of cost savings. Tightness had to be checked in flight. We worked carefully: first we went to 2000 meters, then gradually increased the height to 4000, 5000, 7000, and finally, 9100 meters.

- How many flights are performed under the test program, what is their total duration?

- Seven. Two distilleries in Kazan to install the interior. The distance between Zhukovsky and Tatarstan is small, an hour and a half flight. In total, we flew, probably, eleven hours. There was only one problem - the air circulation inside the cabin was disturbed, the temperature rose and the operators began to complain. Cause found and eliminated.

- How does the research equipment affect the work of the standard onboard systems?

- Mostly electromagnetic incompatibility occurs. We conducted special tests on the ground and in the air. Found influence on the radio. Consistently disconnecting devices, found that the cause of the locators. We made the appropriate conclusions, and now all the equipment works well.

- Myasishchev EMZ is widely known for high-altitude aircraft. What is the state of M-17 and M-55 now?

- One-engine M-17 in the flying state is long gone. The car is preserved only in the form of an exhibit of the Museum of the Air Force in Monina. A twin-engine M-55 in the nineties at the Smolensk aircraft factory collected five pieces. One ("two") immediately went on static tests for the destruction of the power structure. Four were flying. In May, 1995, our company's chief-pilot, Honored Test Pilot of the USSR Edward Cheltsov died on take-off, then we lost another car in Akhtubinsk, but its pilot managed to eject. Now there are two aircraft. One military man, we are in storage and we periodically chase his engines. The last, fifth M-55 was re-equipped into a platform for research equipment for the study of the atmosphere. At the centenary celebration of the Russian Air Force, I flew it, since 1996, he began working on European scientific programs in the North, in Antarctica, Australia.

- What was interesting about flights for foreign customers?

- For me personally, many new things have opened in Australia, especially during the rainy season. Heavy cloud cover reaches 20 000 meters. Huge "towers" stand. In Brazil, I was once asked to go over such a “tower”. Started at 17 000 meters, and the clouds are rising. Going higher, getting closer to 19 000. And only on 18 700 managed to go around it. We worked on the study of the ozone layer, then the world was seriously concerned about the problem, they were afraid of destruction, they allocated funds. There is such a thing - tropopause. If you look at the cross section of the atmosphere, the temperature gradually drops, and at a height of about 11 kilometers the fall stops. The kilometer-two goes constant or the temperature even rises and the drop in values ​​is only even higher. This is the tropopause. In theory, nothing passes through it - dust, suspended particles. And in fact, this dust was found at very high altitudes. When they began to conduct special studies, it turned out that the reason - the very cloudy "towers". The most powerful are observed in Africa, especially in the tropics. They are very high - up to 18 kilometers, and the tropopause - on 11 kilometers. It turns out that the "tower" pierces the tropopause, the ascending streams emit suspended particles and they pour into the ozone layer.

Studies have helped establish that the lower the temperature, the lower the tropopause. For example, over the territory of Russia it is on 11 kilometers, and in Africa it drops. But it happens that depending on the geography rises. It turned out that the lowest temperatures in the atmosphere are not in the North, but in the tropics.

- Americans have the high-altitude aircraft, the famous U-2. Have to communicate with their pilots?

- When we flew over the Seychelles, the air temperature dropped to minus 90 – 92 degrees Celsius. The tropopause is high there, the conditions are very difficult, because in Russia the planes are designed for minus 70 degrees. Therefore, before the flight in conditions of ultra-low temperatures, they consulted with the Americans, who used to fly here on U-2. They answered: at temperatures below minus 70, you can fly no more than 15 minutes, because the fuel thickens, it becomes like jelly. We have not confirmed this. I think because of the design features of the M-55, the pumps of which drive fuel to the supply tanks more than is required to maintain the operation of the engines, the fuel has been drained back into the tanks. At the expense of the pump, the fuel is heated, but the tanks themselves are not heated and no chemical elements are added. So the problems, like the Americans, we did not have up to minus 90 degrees.

But on their recommendation, we changed the grease in the hinges, which freezes at altitude. We have mechanical wiring on the plane, without boosters, so as you pull, so the plane is controlled. If the lubricant freezes, there may not be enough human power. Thanks to the replacement of the lubricant, we were able to carry the flight for hours at ultra low temperatures.

- As with the U-2, the wing of the M-55 is of very large elongation. And what are the differences?

- They are. I do not know if U-2 controls booster, but this is a very unusual machine. She has drop racks, a huge number of restrictions - they can not fly in a turbulent atmosphere, be sure to forward the aircraft forward for reconnaissance. When it was created, there was another tolerance system for duralumin. Americans chose the thinnest sheets and only from them they riveted the construction. Sometimes U-2 is called “Johnson's ghost plane” because the machine is as light as possible, with a minimum of hardware. It takes off and lands only practically in calm weather with obligatory accompaniment on a parallel course. And with the posts on the wing tips they had a tragedy: the plane took off, the stands on the spot. The pilot decided to help dumping, shook his wings, and the plane crumbled, and the pilot died. And our plane is quite durable. Over Italy, I got into strong turbulence, chatted so that it is scary to remember. But the car broke down, nothing broke off.

- Speakers at the presentation of the Yak-42D "Roshydromet" talked about the need to create a second flying laboratory for high-altitude flights. Maybe the second surviving M-55 opens up new perspectives?

- I do not even know. We are ready to maintain both aircraft, standing on the territory of the flight test base, in working condition, we are constantly asking the interested structures to try to find a worthy use for them. In the West, especially in Germany, we would like such a car, even offered to sell. But those who wished were assaulted by their own government in Berlin: they say, why spend money abroad when you can do it yourself. The company Grob Aircraft decided to create a high-altitude aircraft and made Strato 2C with two turboprop engines. They also had a single-engine Strato 1, which we saw in Australia. He is able to fly to an altitude of 14 kilometers, but cannot be compared with M-55. So Europeans continue to order flights from us.

Oleg Shchepetkov was born on 21 in February of 1954 in the city of Morozovsk, Rostov Region, in the family of an Air Force officer. Now he lives in Zhukovsky, a senior test pilot at the EMZ named after VM Myasishchev. I mastered the 65 types of aircraft, the total flight time is 3800 hours.

From 1985, to flight test at the State Red Banner Air Force Scientific Test Institute (now Chkalov GLITS). In the 1992, he was given the military rank of "Colonel".

He participated in the tests of the Su-25 attack aircraft, the MiG-21M target aircraft, the Su-27 and MiG-29 fighters, and the M-55 high-altitude aircraft "Geophysics". Fired in March 1996 of the year, after which he works at EMZ.

Ctrl Enter
Noticed oshЫbku Highlight text and press. Ctrl + Enter
We are
List of destroyed the largest and most high-tech enterprises
Military Reviewin Yandex News
Military Reviewin Google News
27 comments
Information
Dear reader, to leave comments on the publication, you must sign in.