Japanese media found out about the latest US experiments.

January 15 2014
14
Japanese news Kyodo News Agency published a report on biological tests weapons. Tests conducted by the US military in the island of Okinawa. According to the agency "Kyodo", in the period from 1961 to 1962 years, soldiers of the American army conducted at least 10 tests in Japan, during which they sprayed a special fungus over rice plantations. At the same time, the document does not indicate where the tests were carried out - directly on the territory of American military bases or beyond their borders. Prior to this, the US authorities have already given wide publicity information about conducting secret tests of biological and chemical weapons, which were conducted in Puerto Rico and in Hawaii. In this case, all US programs for testing biological weapons were classified until the 1969 year.


Materials on the testing of biological weapons in Japan caused another wave of discussion about the need to find American military bases on the territory of this island nation. According to published documents, at the beginning of the 60s of the last century, the American military carried out test tests of rice and wheat stalk rust in Okinawa, in Taiwan and in the USA itself. The goal of military scientists was to test the ability of biological weapons to undermine the food supply and the agricultural potential of a potential enemy.

The US military was engaged in spraying spores of various pathogenic fungi over rice fields and watched how they would affect the grain crop. According to the France-Presse news agency, a fungus, which is known today in 85 countries of the world, was used for this. In the wild, this pest fungus annually destroys rice crops in an amount that would be enough to feed 60 million people. 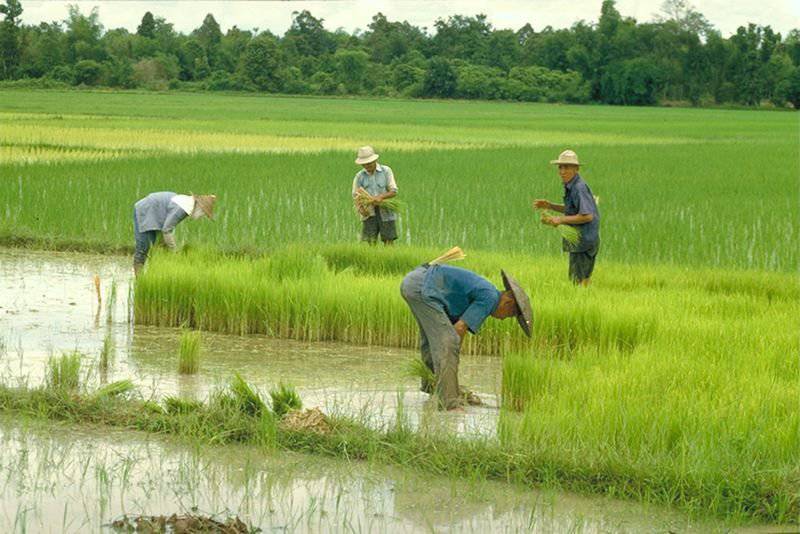 Although the document does not mention the likely targets for spraying harmful pathogenic fungi, the US military seriously considered the effectiveness of this type of biological effect against Thailand, India, the Philippines, Pakistan, Taiwan, Indonesia, and South Korea. In all these countries, various fertilizers and their amount were used, which means that the infection could be quite effective.

It is also curious to note the fact that the published document emphasized the differences between the infection efficiency of rice crops depending on the method of their cultivation. In particular, it was separately emphasized that the tested methods of infection cannot be used in Hokkaido (the northern island of Japan), since in this region rice is bred using seedlings.

The most interesting in this stories that the document, the excerpts from which were published by the Kyodo agency, was not only not a secret, but from the beginning at least 2000-s was known to many researchers. In fact, representatives of the Japanese media accidentally stumbled upon this document in the vast world wide web. This report, which contained information on conducting experiments on spraying of pathogenic fungi to destroy rice crops, was declassified at the end of the 70 of the last century. Moreover, this document, together with other reports, was laid out in open access; anyone who wanted could download it on the official website of the Pentagon Technical Information Center (DTIC). From there, the document hit the Google search engine. In this case, anyone could order a paper copy of the document through the well-known online store «Amazon».

The author of the sensational report was Thomas Barksdale, who personally supervised all experiments aimed at infecting plants, as well as worked within the framework of the well-known “112 Project” today. Under this program, the Pentagon in 1962-1973 performed tests of biological weapons. The fact that American troops tested biological weapons in Okinawa was written by American journalist Sheldon Harris (deceased) back in 2002. Harris authored the book Death Facts, which described the development of biological and chemical weapons during World War II. Perhaps while working on the book he also used the reports of Barksdale. In any case, it is difficult to say what other secrets of the "Project 112" can be found in the vast world wide web. “The 112 project” was several times larger than the tests with spraying of spores of a pathogenic fungus in Japan. 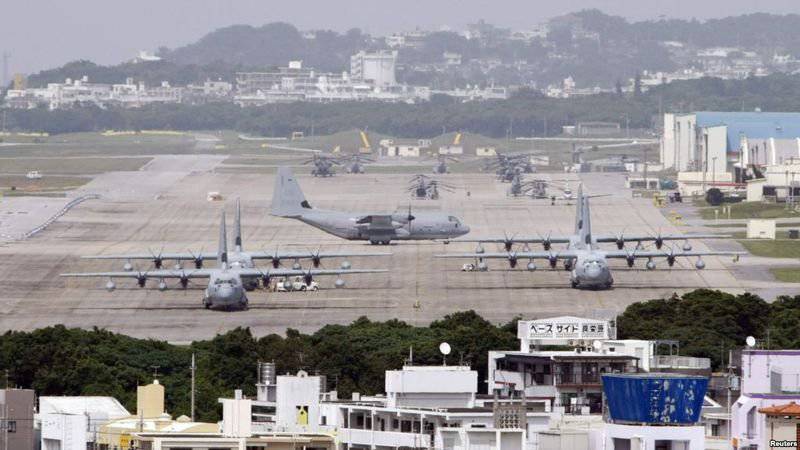 The Japan Times published an investigation file in 2012, according to which, on the territory of Japan, tests of a much more dangerous and threatening biological weapon at that time were under way. We are talking about the tests "Agent Orange", defoliant and herbicide, which was then used in Vietnam to destroy the jungle. At the same time, the American authorities deny the fact that they conducted tests of Agent Orange in Okinawa.

Today it is widely known that the leadership of the Japanese 731 Detachment, which specialized in creating biological and chemical weapons with human beings in the role of experimental subjects, managed to avoid punishment after World War II. After the war, they transferred all the available "developments" to the US government. There is no secret in this either. As part of the implementation of the American "Project 112" in humans, chemical toxic substances were tested - nerve gas VX, sarin. And in the role of the experimental were the American soldiers themselves. Not surprisingly, so far information about the "Project 112" is incomplete. The Pentagon admitted the existence of this program only in 2000, after CBS Evening News conducted its own journalistic investigation.

It is worth noting that before 1972, Okinawa was occupied by the US military, the island was ruled from the United States. On this basis, the Pentagon could easily use the Japanese island for any secret tests. Much more interesting is the information that the US military tested biological weapons in Taiwan (the documents indicate the defeat of rice fields located near the city of Chiayi). According to the journalist Sheldon Harris, tests under the 112 Project were also conducted in Liberia, Egypt and even South Korea. 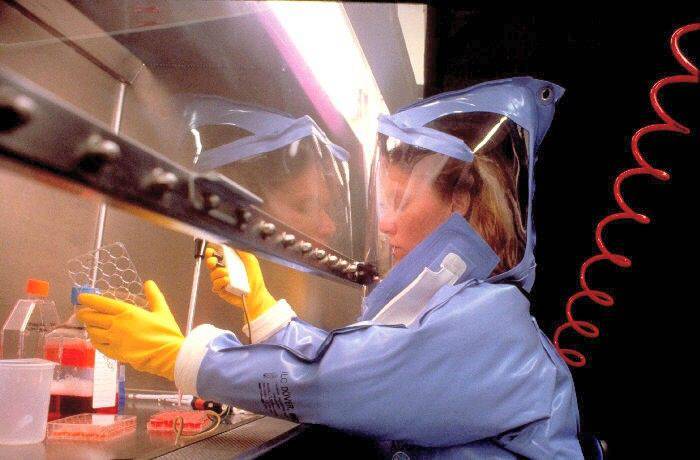 Every time the next piece of information about US biological weapons appears in the press, it seems that all this information is another open secret, a well-known “secret” to everyone. Currently, US defense programs are so extensive and diversified that it is not possible to keep track of them all. Today it is impossible to say with certainty whether the next “discovery” in the Japanese press will harm the relations between Japan and the United States. After the publication of materials by Kyodo agency, the Pentagon did not make any statements, and is unlikely to make them. Since the document referenced by Japanese journalists, was published by the American defense ministry on its website. In this situation, to refute or confirm something does not make much sense.

It is good that with time all the secret becomes clear, and with the help of the Pentagon itself. But on the other hand, the fact that the Pentagon independently declassified the information and then published it, indicating where and how it used biological weapons, can be viewed ambiguously. Following large state programs aimed at the development of biological weapons, ultimately a phenomenon such as biological terrorism came into being. It is not known how many documents relating to the creation of biological weapons are in the public domain today. It is likely that the damage from their publication will be several times more serious than possible diplomatic exacerbations that Washington and Tokyo are waiting for.

Okinawa is the southernmost prefecture of Japan. The island was captured by US troops in 1945. From then until 1972, he was under the administration of the American administration. Currently, on the territory of Okinawa, there are 14 US military bases that occupy 18% of the entire main island by area. The main bases are the US Air Force Kadden and the US Navy Futemma. At the same time, the island’s population has long opposed the presence of American military bases on the territory. Previously, they protested against the placement of Osprey MV-22 convertible planes here. Anti-American sentiment intensified significantly after the 1997 incident of the year when American soldiers kidnapped and raped a 12-year-old Japanese girl. Publications in the Japanese press about the American army’s testing of biological weapons are unlikely to improve the attitude of the people of Okinawa towards the American presence on the island.

Ctrl Enter
Noticed oshЫbku Highlight text and press. Ctrl + Enter
We are
Remove gas masksRussia - without chemical weapons. Our country has destroyed about 76 percent of all declared reserves of toxic substances
Military Reviewin Yandex News
Military Reviewin Google News
14 comments
Information
Dear reader, to leave comments on the publication, you must sign in.