Russia is made dependent on energy exports 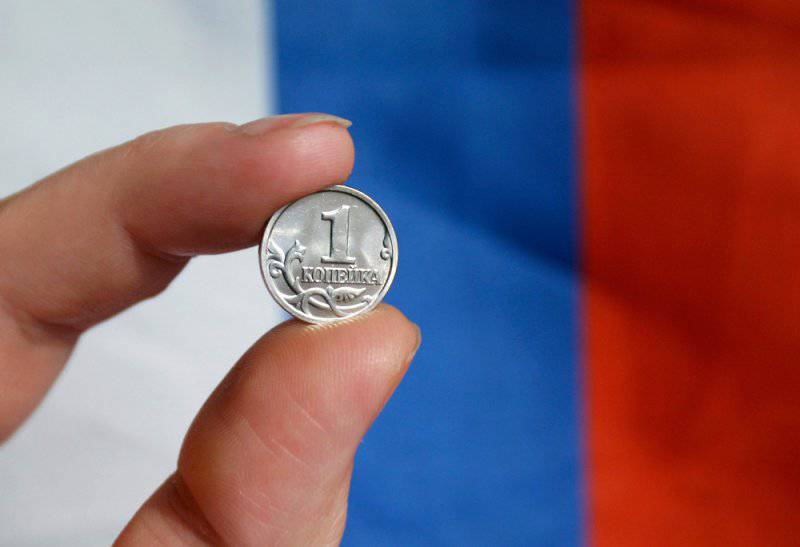 Economists predict that the Russian economy in 2014 will face serious tests. First of all, according to experts, this is due to the raw material orientation of the domestic economy: in fact, the West has turned us into its semi-colony, which supplies the countries of Europe with energy. This situation is also beneficial for some Russian oligarchs who control the oil and gas sector. However, it is impossible to develop only one branch of the national economy, and in the near future, according to economists, Russia will survive another crisis.

Estimates of the Russian economy

Against the background of European countries in 2013, Russia looked quite successful: we managed to avoid economic stagnation, which is now observed in almost all countries of the European Union. Last year, Russia ranked first in Europe and fifth in the world in terms of GDP at purchasing power parity, surpassing even Germany. However, according to many experts, the raw model of the economy imposes significant restrictions on the growth of Russia's economic power.

Alfa-Bank's Center for Macroeconomic Analysis believes that 2013 the year has demonstrated the inefficiency of the existing raw material model. According to experts, if the current situation continues, maintaining the pace of economic development will become more difficult. For the further growth of the Russian economy, large-scale structural changes are needed.

The research department of the fuel and energy complex of the Institute of Natural Monopolies has criticized the Ministry of Economic Development for its overly optimistic views on the situation of the national economy of Russia in the past year. In 2013, the forecasts for GDP growth changed three times, and each time they went down, and the Ministry of Economic Development was unable to keep inflation within the planned limits.

In addition, foreign experts criticize the Russian economy - but for the most part, they simply wish to blacken Russia as one of the most important competitors of the countries of the West and Far Asia. In the modern world, the word “specialists” means a lot, and thousands of investors all over the world are ready to listen to it. Even if the situation is reparable, any European or American agency can shake it at any time, just by downgrading the rating of the enemy country. The raw material model of the economy imposed on us by the West is ideal for manipulating from the outside.

To get rid of this manipulation, structural reforms are needed to diversify the economy. The recent crisis has exposed weaknesses, and now officials have a great opportunity to reform. According to Andrei Kolganov, head of the laboratory of the Moscow State University for studying the market economy, it is necessary to block the possibility of extracting serious income from sources of growth that do not involve the introduction of innovative technologies. It is necessary to introduce strict standards that would not allow entrepreneurs to abandon the training of qualified personnel, investment costs, research and renewal of capital. For this, Andrei Kolganov proposes to re-nationalize enterprises, increasing the importance of the state in the national economy. Another thing is that the current situation suits many functionaries, and in the coming years, structural reforms are hardly foreseen.

However, even despite the lack of reforms, production volumes in many sectors of the domestic economy, unrelated to oil and gas production, are growing. For example, the volume of the IT market in Russia in 2014 could exceed 1,1 trillion rubles, even though in 2008 it was only 400 billion in size. The volume of exports of engineering products has also grown, reaching 22 a billion dollars last year, which is 4% of the total export structure. For comparison, in 2012, this figure was equal to just 3,6%. The amount of investment in R & D is also increasing, and new models of engineering products are also emerging. So, with the reluctance to carry out reforms “from above,” does the economy diversify by itself?

The role of the raw material appendage - the path to nowhere

Events such as a major flood in the Far East, the crisis in Cyprus, the problems of Tinkoff Credit Systems, the debts of Mechel and the arrest of the head of Uralkali have had a significant impact on the state of the Russian economy. There is also a gradual decline in oil prices: in November, the demand for oil in China fell by 2,1% compared to November 2012. And although the volume of Russian gas supplies to Europe increased by 16%, reaching 161,5 billion cubic meters, due to low prices, profits from the sale of blue fuel decreased by 5,5% compared to 2012 of the year.

According to Andrei Kolganov, in the last ten years the growth of the Russian economy has been due to two factors. The first is the restoration of production capacity after the 90 crisis, the second is the constant increase in energy prices. Thus, annually the cost of gas and oil rose by 8-10%. Today prices have reached their peak, and they are unlikely to continue to grow. By restoring production and rising energy prices, Russia managed to increase demand in the domestic market. But instead of using this demand in the interests of national producers, we were dragged into the WTO, and now the Russians' money is going abroad in a powerful stream.

It turns out that the West took advantage of the comprador sentiments of some Russian businessmen and officials, and benefited from recent events, including being able to buy a significant amount of gas at a relatively low price, and the WTO turned Russians into consumers of foreign goods. Now all the money from the Russian economy goes abroad, not only through officials who buy Spanish yachts and villas in the Canaries, but also through ordinary consumers who purchase Polish canned goods and Chinese toys.

The existing "one-sided" raw materials economy does not allow for the organization of large-scale production of goods needed by the population. In fact, at the behest of the West, Russia turned into an analogue of China for the 19 century, when a mass of foreign goods poured into the country, and foreigners from the Middle Kingdom, supported by local bribed officials, began exporting gold and silver, as well as any items of any value. China itself almost a century has become a huge market and source of cheap raw materials. The country was completely dependent on quotations on foreign markets, and could not take care of its welfare. It is important for us not to sink to the bottom, as it once happened to China, which after its international humiliation has undergone many evils.

In the meantime, the West seeks to bring down the Russian economy with disappointing “forecasts”. In economic terms, many countries in Europe and Asia see Russia only as a source of raw materials, as well as a market for the sale of goods and services. Building up Russian production capacity is not in the hands of foreigners. That is why many rating agencies make self-fulfilling prophecies, trying to scare off investors from the Russian economy. It turns out that, believing in negative forecasts, Russia's potential partners refuse to invest in Russian enterprises that are not related to energy exports, and thus only accelerate the degradation of a “one-sided” raw materials economy, making Russia more and more dependent on gas and oil exports .

Ctrl Enter
Noticed oshЫbku Highlight text and press. Ctrl + Enter
We are
Active phase of Sea Breeze 2013 exercises completedWhat is the reason for the decline in the growth rate of the Russian economy?
Military Reviewin Yandex News
Military Reviewin Google News
150 comments
Information
Dear reader, to leave comments on the publication, you must sign in.