Internal organization of the American UDC 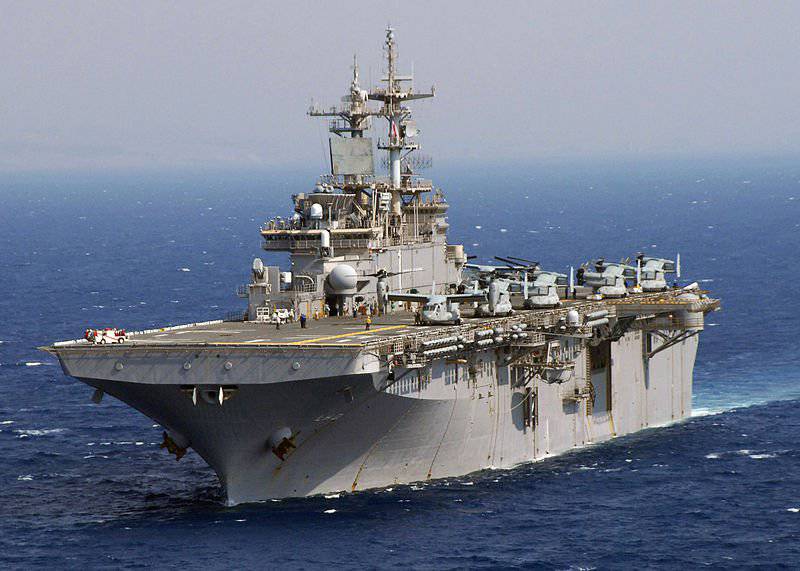 I was asked to describe how the UDC is organized. For this, he pulled out his Cruise Book (something like a dembel album, but officially printed after each long trek) from our trip to the Mediterranean in 1998, and looked there. I will try to describe the internal organization of our ship, but naturally I do not pretend to the present. I do not think that something has changed drastically, but the information is correct on 1998 year. I will not translate organizational groups into Russian, as I am not sure about the accuracy of my translations and do not want to confuse anyone.

And so - organizational ship is divided into departments which in turn are divided into divisions. Divisions can be broken up into smaller groups depending on need. In each department there is a commander and (sometimes) his assistant (both officers), as well as the senior chief petty officer responsible for working with the private soldiers. The division also has an 1-2 officer, a senior officer (senior chief petty officer) and a senior officer of the 1 article (LPO - a leading petty officer). The standard procedure for executing the order was as follows (in the example of our Air Department) - the mission control center decided to lift the helicopter from the hangar to the deck, where the Air Boss (the Air Department commander) ordered the officer in charge of our hangar division about it. He called the office where the chief foreman or foreman of the 1 article commanded everything. He radioed into the hangar what was to be done and there already 2dn / 3rd class petty officers (foremen of 2 st / 3 of the first article) organized the direct movement of the helicopter. The officers did not participate in the whole operation.

Naturally everyone is in charge:
Captain of the ship - according to the rank of Captain
Senior Commander - Commander
Chief ship foreman - Master Chief

Further organization of the ship (in alphabetical order)
Aviation Intermediate Maintenance Department
Responsible for support aviation squadrons and repair of aircraft and helicopters. When air squadrons arrive on board, they bring their mechanics with them, but the ship's department manages repair facilities, machine tools and supports them when there are no aircraft on the ship.

Air department
Responsible for the movement of aircraft on the ship, as well as avi-firefighters and tankers.

Combat Cargo
Responsible for the movement of goods to and from the ship helicopters and amphibious boats. Constantly the entire 4 person - all the marines (officer and 3 sergeant). When marines come to the ship, the department is complemented by working hands.

Combat Systems Department
Responsible for the armament of the ship (including suspended under the aircraft). Everything that can shoot or explode is under their control.

Consists of three divisions
CA - ship programmers (in 1998, the ship had a good internet connection and satellite telephones for calling home - this is about the fact that sailors should not be allowed to watch TV)
CE - manage radars, radio, ship television, telephones and so on
CR - responsible for communication with the shore

Deck department
Boatswana - responsible for mooring the ship, refueling at sea, in charge of ship boats and a docking camera

Consists of two divisions
First - responsible for the mooring of the ship, refueling at sea, in charge of ship boats, etc.
Second - in charge of the dock

Engineering department
The largest department on the ship, responsible for the engines and all major ship systems

Consists of seven divisions
Auxiliary - responsible for air conditioners, refrigerators, ventilation and water
Assault - are responsible for the boats, diesel generators, aircraft lifts and the ship’s ballast system
E - all that is connected with electricity
Damage Control - all that is connected with the struggle for the survival of the ship
MP Forward - front boiler / engine room
MP Aft - rear boiler / engine compartment

Consists of six divisions
Ship's Office - the captain's assistants - are responsible for transmitting his orders to the ship
Personnel Office - Human Resources Office
Print Shop - if you need to print something, you go there
Public Affairs - a public relations office (for example, they make photos that we then discuss).
3-M - Maintenance Material Management System - a system to support the technical condition of the ship. Roughly speaking, they say that when it is necessary to check, lubricate or repair. Each department has its own list of what needs to be checked every day / week / month / year.
Chaplain is a ship priest. He is a ship psychologist and a representative of the Red Cross.

Medical Department
Ship doctors. Since the amphibious assault ship, there was a full-fledged hospital on 48 beds, 17 places in resuscitation and 3 operating rooms

People
2 officer
1 Chief Sergeant
14 privates and foremen
(when the ship is landing, they are complemented by the Marines' doctors and a separate team of military surgeons)

Consists of four divisions.
OA - Meteorologists
OC - ​​air traffic controllers
OI - responsible for monitoring the situation around the ship (which is located in the sky, on the water and under water)
OZ - scouts - collect a picture of the enemy from various information

Safety department
Roughly speaking, observers who go around the ship, watch the flights, the landing force, the delivery of cargo and have the right to tell anyone that he is doing something wrong in terms of safety. 1 officer and three foremen.

Supply department
Cooks, suppliers and so on

These were all ship departments. In addition, a lot of other departments are attributed to the ship at sea, depending on what the ship goes to sea for. In our campaign, we went with ComPhibRon8 (the headquarters of the amphibious group), Assault Craft Unit 2 (4 amphibious platoon LCU with crews), Fleet Surgical Team4 (naval surgeons), HC-6 (two rescue helicopters). And of course, about 1700 marines, but there are no details about them in our Cruse Book.