German submarine during the First World War in detail 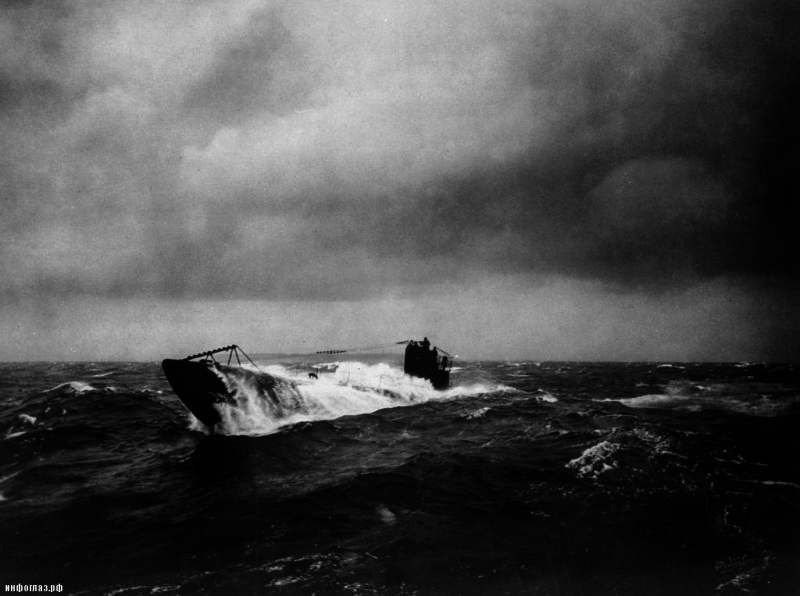 During World War I, diesel-powered submarines began to be produced for surface movement and electric for submarine movement. Already then they were extremely formidable weapons. The German submarine SM UB-110, which cost 3 714 000 marks, however, did not have time to show its power, having lived only a couple of months.


The SM UB-110 of the Type UB III coastal torpedo boat class was built at the Blohm & Voss docks in Hamburg for the needs of the Kaiserlichmarine and launched on 23 March 1918. Four months later, on July 19, 1918, she was sunk by the British ships HMS Garry, HMS ML 49 and HMS ML 263. 23 crew members were killed. A little later, the sub was taken ashore to be repaired at the Swan Hunter & Wigham Richardson docks in Walsend, but the project was not completed and it was sold as scrap metal. 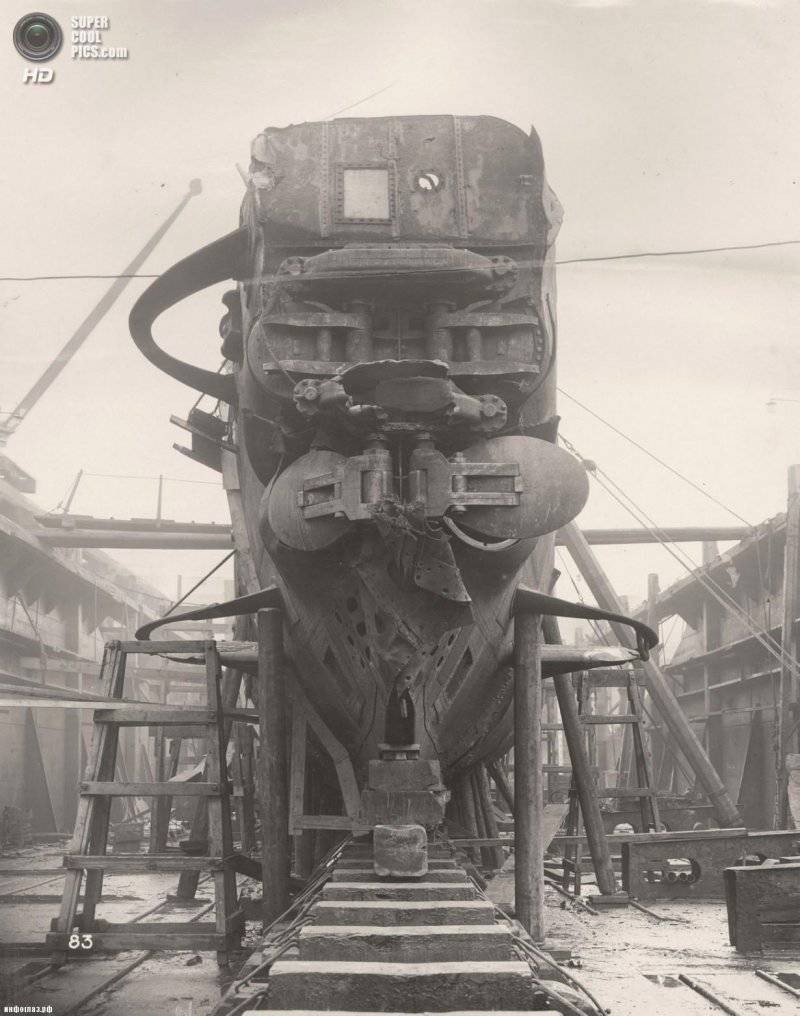 Perhaps the most unique acquisitions of the 20th century in terms of naval armaments were submarines (submarines). Not having time to appear, they gave rise to a lot of fulfilled and unfulfilled hopes. It was believed that the new combat vehicles would revolutionize the war at sea, leveling out the "old values" in the form of armadas of battleships and armored (linear) cruisers; will nullify the general battles as the main means of solving the military confrontation at sea. Now, more than in 100 years, it is interesting to assess how bold predictions have been confirmed.

In fact, the submarine most effectively manifested itself in the fight against trade, where they achieved really impressive results. From the standpoint of a high strategy, this does not contradict the idea of ​​achieving the main goals in a war. “The destruction of trade” especially hurts the island, highly developed countries, traditionally and heavily dependent on exports and imports; in addition, the very concept of “dominance at sea”, which was considered the prerogative of the great maritime powers and great fleets, is discredited. First of all, we are talking about the confrontation of Germany with England and its allies in world wars and about the US against Japan. These most large-scale and instructive examples formed the basis for an extensive and in-depth analysis, the search for patterns, up to the development of motivated views on the use of submarines in the future.

With regard to the capabilities of the submarines against military fleets, their main forces, this section is opened in less detail and leaves many questions. 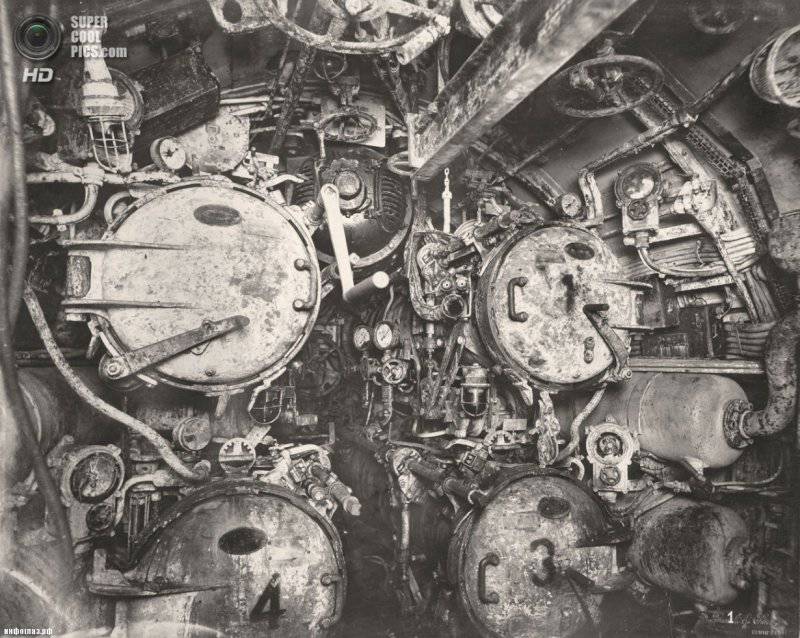 It is noteworthy that even today this is not a routine scholastic question of the naval stories or applied sections of the development of the combat use of torpedo weapons (BITO). It is relevant in determining the prospects for construction and development. fleet. The increased interest in it excites the objectively existing national aspect of the problem. It is no secret that the Navy, especially in the post-war period, had a clearly noticeable underwater focus. And this despite the fact that both world wars ended with the official defeat of the idea of ​​submarine warfare. After the First World War - the introduction of the convoy system and Asdikom, in the Second - the introduction of radar and aircraft. In general, following similar logic, betting on submarines in the future seemed pointless. Nevertheless, we did it, as the Germans did before us in World War II. To this day, disputes about the legality of such a step and the actual appearance of the Navy during the Cold War have not subsided: how justified was this step in the current circumstances? The question is not simple, still waiting for its competent researcher. 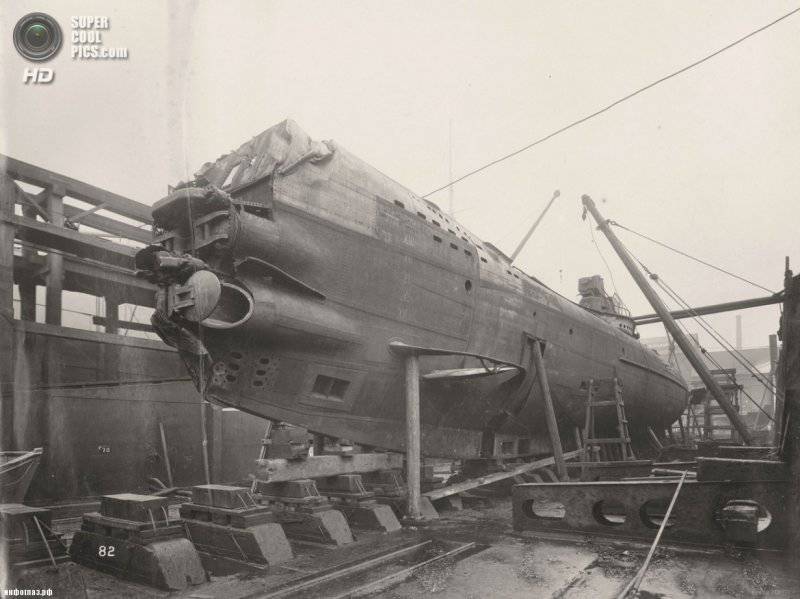 Four nose torpedo tubes and front horizontal rudders on the side.

The most “subtle” place in objective analysis, and consequently, in the formation of a concrete answer is the lack of support from its combat experience. Fortunately for humanity and inconvenience for specialists, the ability to rely on such 67 for years is missing. This is an axiom: only practice is the criterion of truth, in military affairs, in any case. Therefore, the experience of the Falkland crisis of 1982 between the UK and Argentina is considered so valuable and unique. But it only strengthens in the confidence that, no matter how far the submarines went in their development - right up to equipping them with nuclear power plants, space communications and navigation, advanced electronics and nuclear weapons - they could not completely get rid of the special features of this kind of force. and restrictions. The Falkland "underwater experience" was doubly interesting. This experience of fighting against surface ships (NK) of the enemy. However, we will adhere to the chronology and begin with the participation of the submarines in world wars. 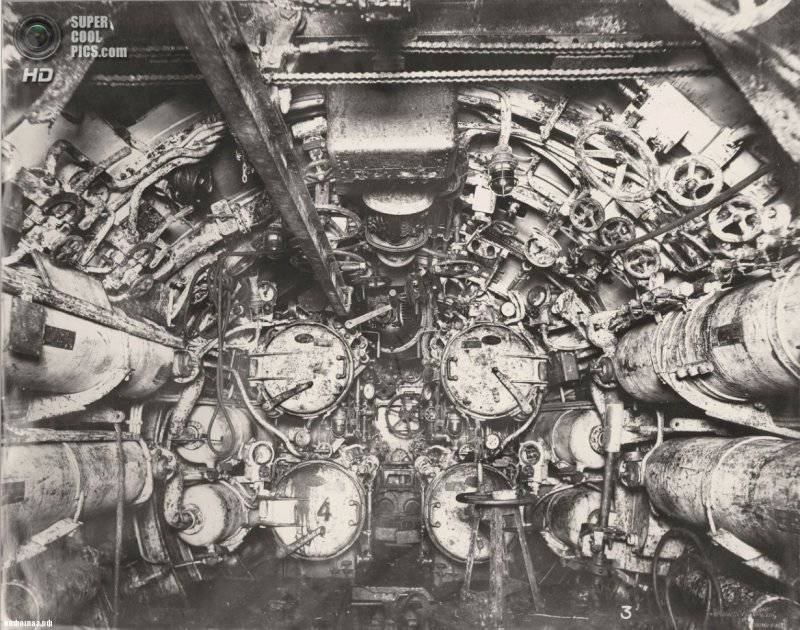 Submarines as the kind of forces of the fleet just over 100 years. The beginning of a wide combat use and their intensive development refers precisely to the period of the First World War. This debut in general can be considered successful. About 600 PL (372 of them were German submarines, but the Germans lost the most - 178 PL), then in service with the warring parties, sent to the bottom more 55 large warships and hundreds of destroyers with a total displacement of more than 1 million tons and 19 million br.rt (gross registered ton is a unit of volume equal to 2,83 cubic meters, currently not applicable) of trade tonnage. The most massive and effective were the Germans, who chalked up more than 5860 sunk ships with a total displacement of 13,2 million bps. shopping tonnage. The blow mainly fell on the trade of England and was extremely effective.

Record drowned tonnage will be repeated, but not surpassed during the Second World War and, which is characteristic, a much larger number of submarines. But the personal record of the German commander Arnaud de la Perrier is more than 440 thou. Br.t. - nobody achieved. The best of the submariners of the Second World War, also German, Otto Krechmer will leave the arena with a score of 244 thou. Br.t. and 44 sunk by ships still in the spring of 1941. 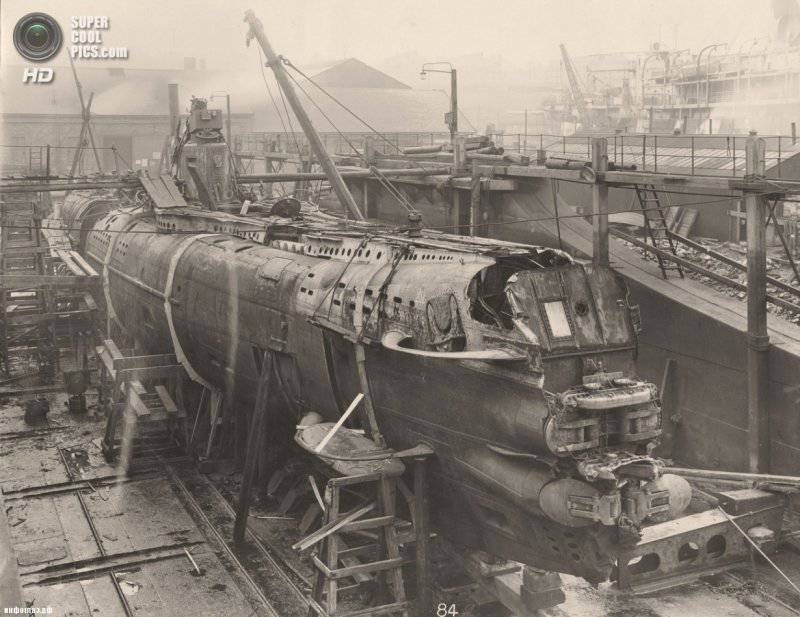 If we turn to the effectiveness of the submarine against the navy of the enemy, success is much more modest even where such actions were specifically planned. This is hard to match with the hopes and expectations of Otto Veddigen’s first high-profile successes, which already in the first days of the war on a primitive U-9, in an hour with a little, sank three armored cruisers. There are other well-known achievements of the German submariners in the part of the defeat of large enemy NK, but it will be later. In the meantime, the “mobilization” of almost all of the submarines (about 20) that were used to comb the North Sea, allegedly teeming with dreadnoughts, did not bring any results. Having learned in advance about the operation, the British removed from the North Sea all valuable NK.

The participation of the submarines in the Battle of Jutland, to which great hopes were pinned - after all, the submarines had already managed to show themselves by the time of 1916 - they are generally discouraged. They didn't even find anyone there. The main forces of the fleets turned around and came together in the greatest naval battle in history, without even being noticed. The death of the British Secretary of War field marshal Lord Kitchener on the Hampshire cruiser blown up by mines is considered to be an indirect success of the submarine, but this is nothing more than a consolation “bonus”. 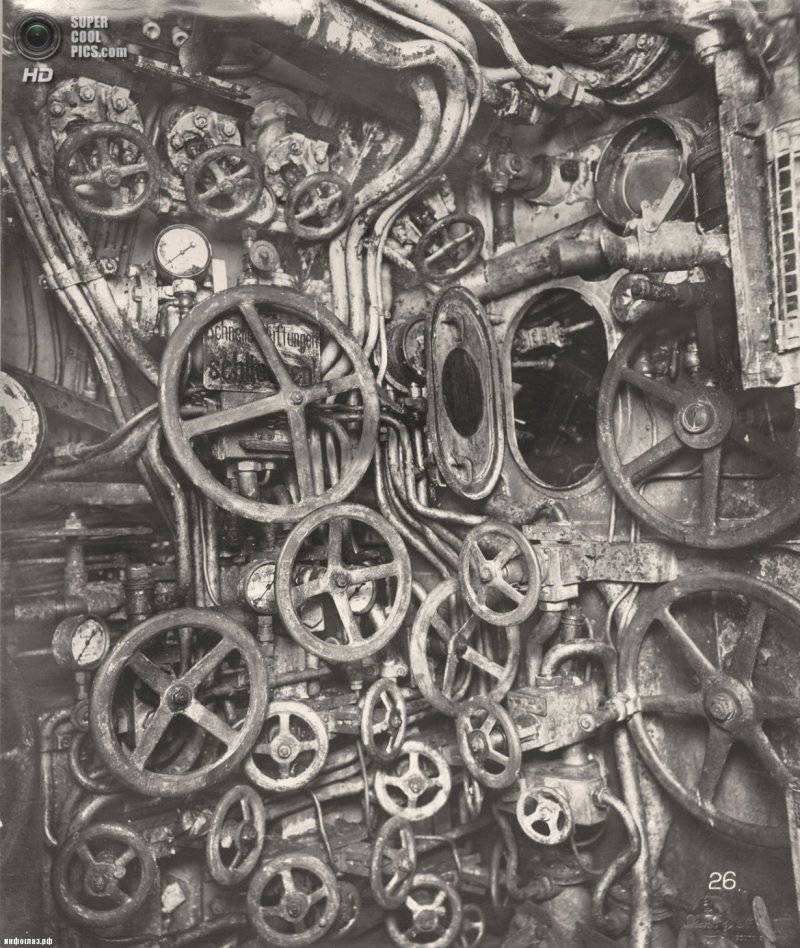 Strictly speaking, the goals turned out to be unachieved and in the fight against trade. The blockade of England, hastily declared by the German leadership at the beginning of the war, was not achieved, because it was not supported by real forces. Then followed a series of prohibitions due to the international scandal over the “Lusitania”, the accompanying recessions in the underwater war, a return to the principle of prize law. The late announcement of an unlimited underwater war in 1917 did not help either: the enemy managed to get ready.

However, let us return to the unfulfilled hopes in the part of the struggle of the submarines against the NK. It should be noted that in the interwar period (1918 – 1939 years) there was no shortage of analysis, researchers and theories on this subject, deeper and more interested than in Germany. If, in a variety of reasons and explanations, we single out the main ones and reject private, biased and secondary ones, which, by the way, have a wide circulation at the “school-cadet” level, the bottom line is the absence of the German Navy’s actions in the First World War corresponding to its objectives and material level of strategy.

For once and for all, Germany was able to build the world's second fleet with enormous tension of all its forces. In combination with the best-recognized army, this gave rise to hopes to occupy a dominant position in Europe, and not only in it. Moreover, such serious military preparations, according to the laws of the strategy, are irreversible. However, the military-political leadership and naval command of Germany did not have the corresponding strategic attitudes regarding the war at sea. This is recognized primarily by their own research specialists. Following from the general to the particular, it is appropriate to extend this problem to the account of the submarine fleet, then a very young kind of force. In this, apparently, it is necessary to look for the main reason for the non-achievement of targets in the war by the submarine fleet of Germany. 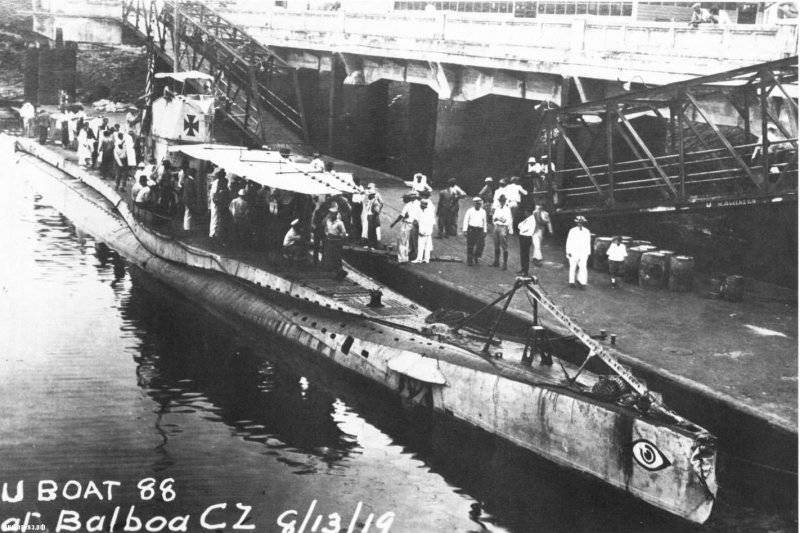 This can be seen and quite deep overall operational and strategic implications. Let us not forget that the British Grand Fleet was almost a third stronger than the German Open Sea Fleet, and joining such a balance of forces in a general battle was at least reckless. On this basis, the plan of the German naval command was to weaken the Grand Fleet in advance, luring the British into the sea with part of the forces and catching them there with superior forces, leveling the forces for the future general battle. After Admiral Hugo von Pohl 14, December 1914 of the year missed such a unique opportunity, hopes to equalize forces focused mainly around the successes of submarines. 200 of more than 5000 transports died on mines (1,5 mt) put up by the submarines. 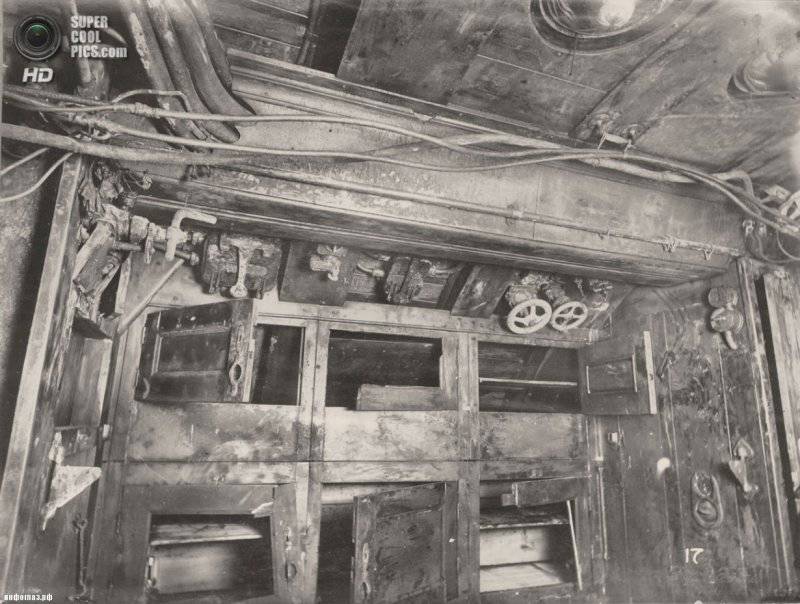 Cabinets for the crew. 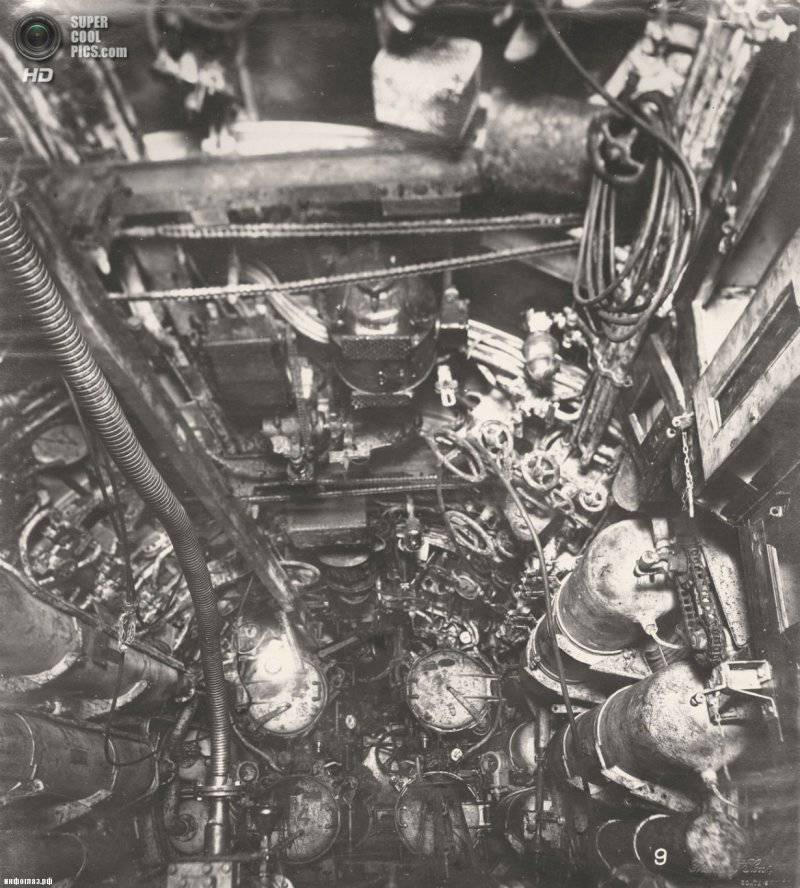 Torpedo compartment, view of the ceiling. 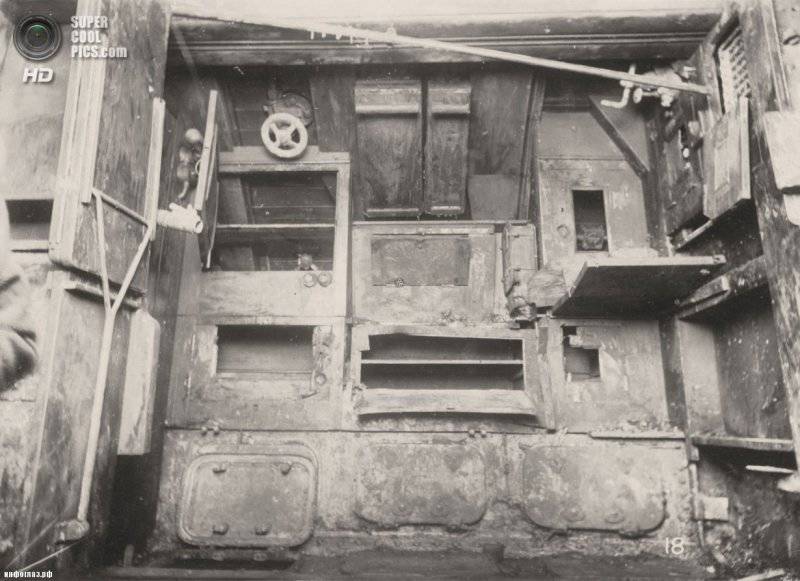 Table, cabinets and hatch leading to the battery. 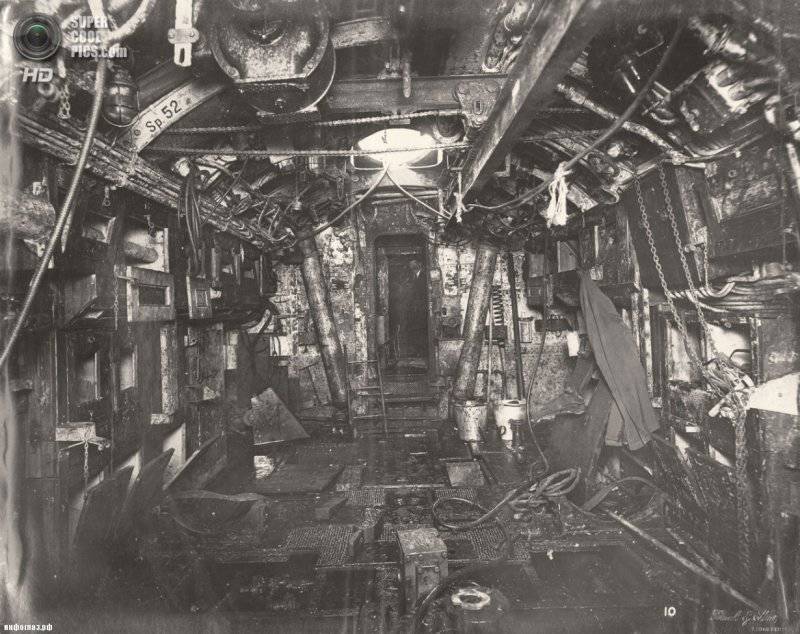 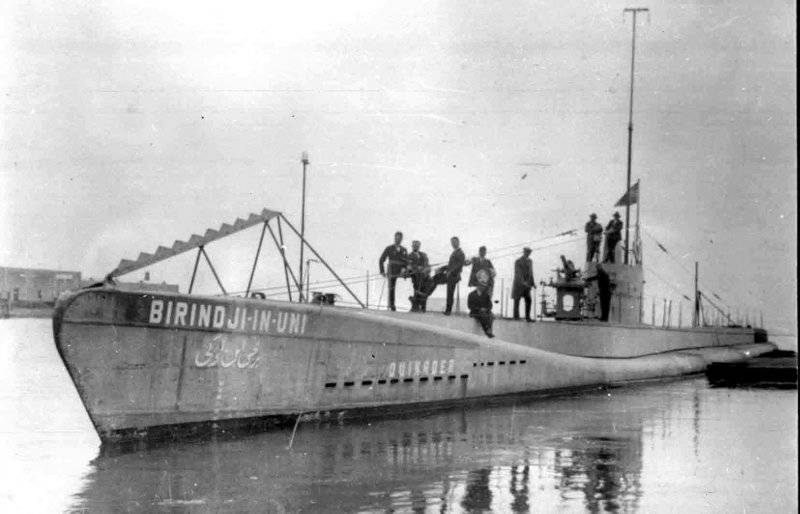 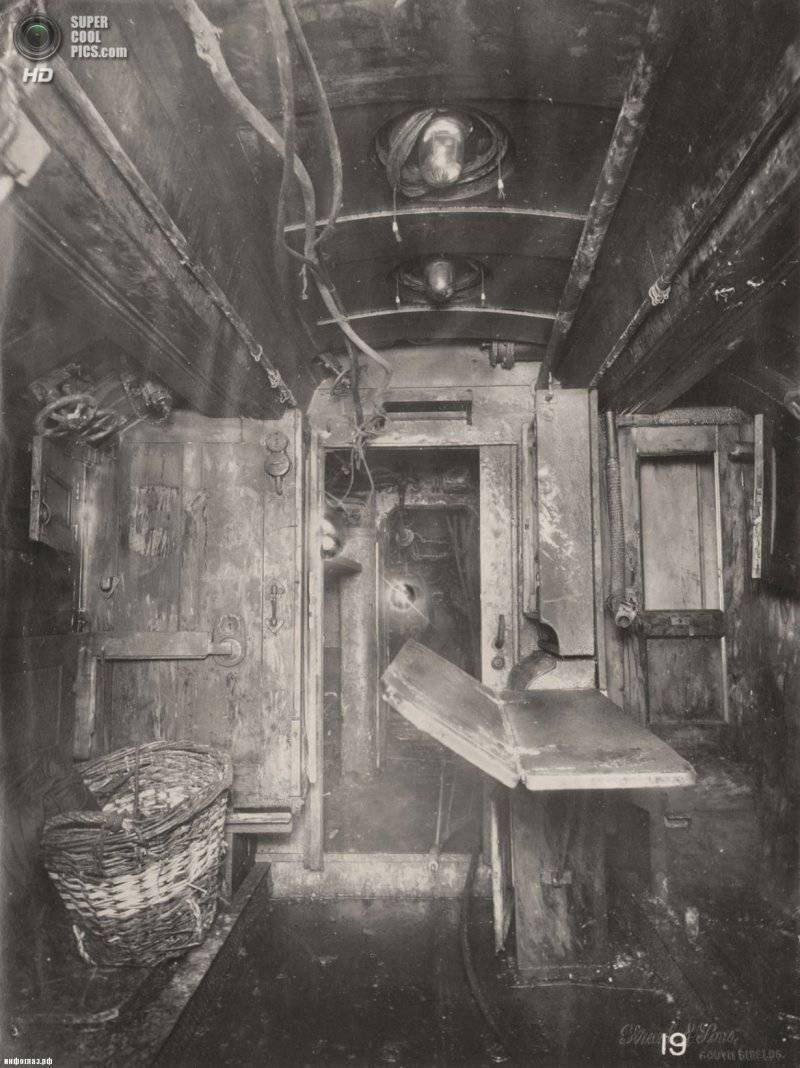 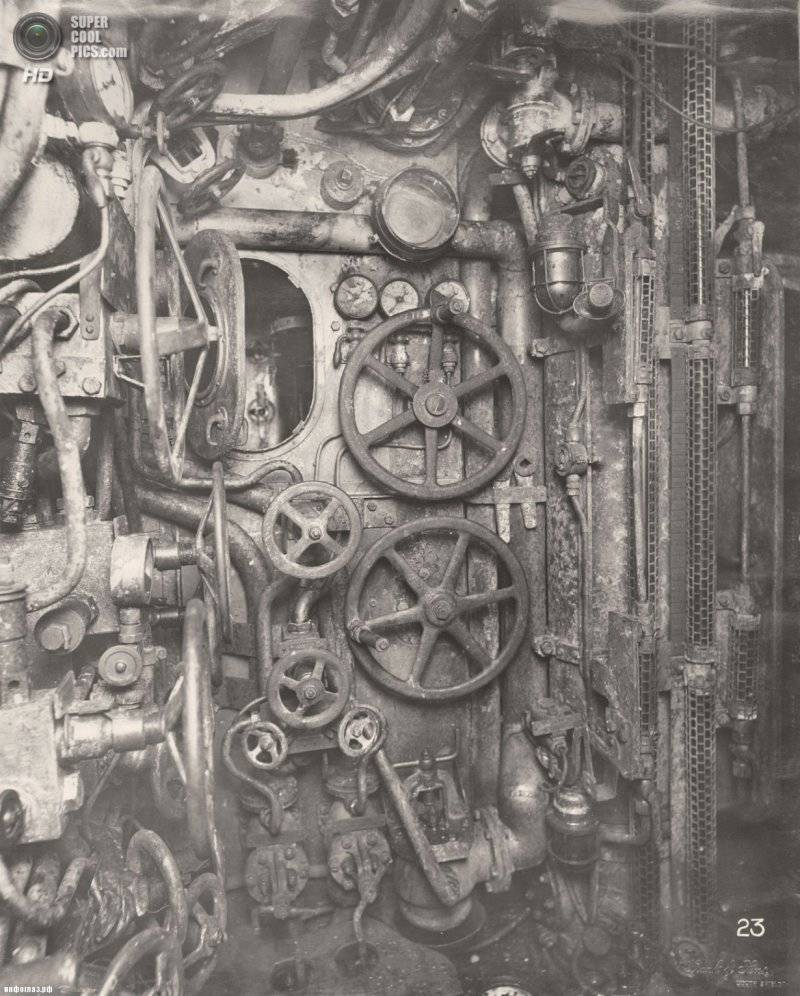 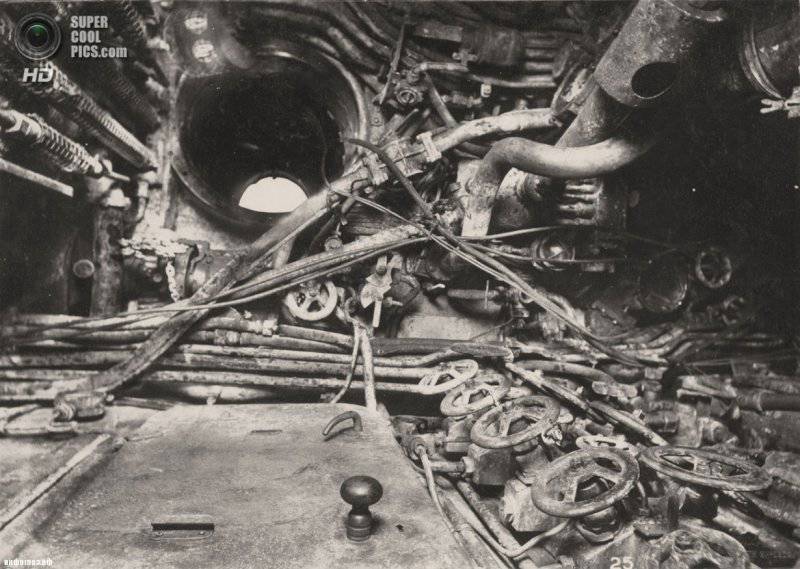 Central post and hatch leading to the conning tower. 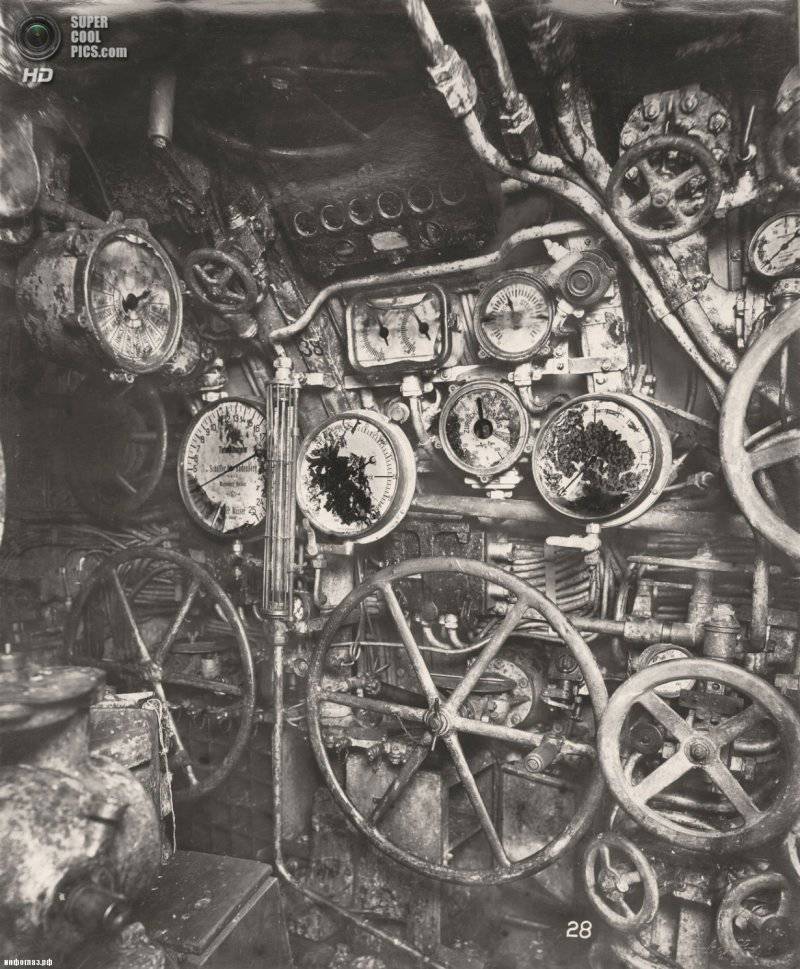 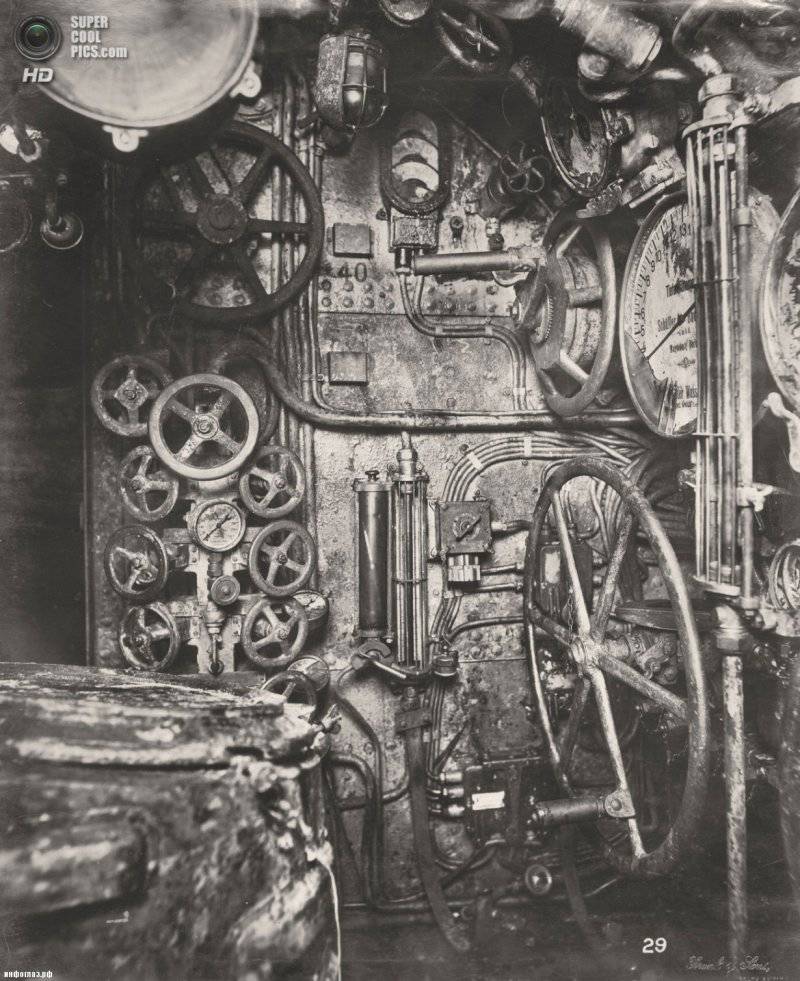 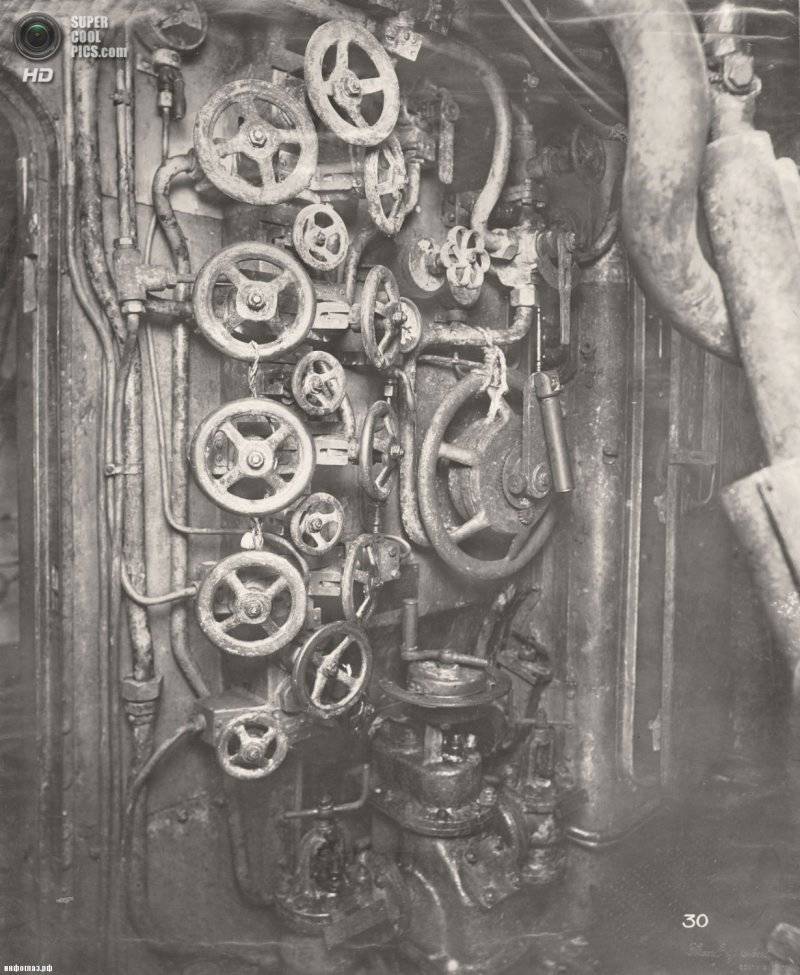 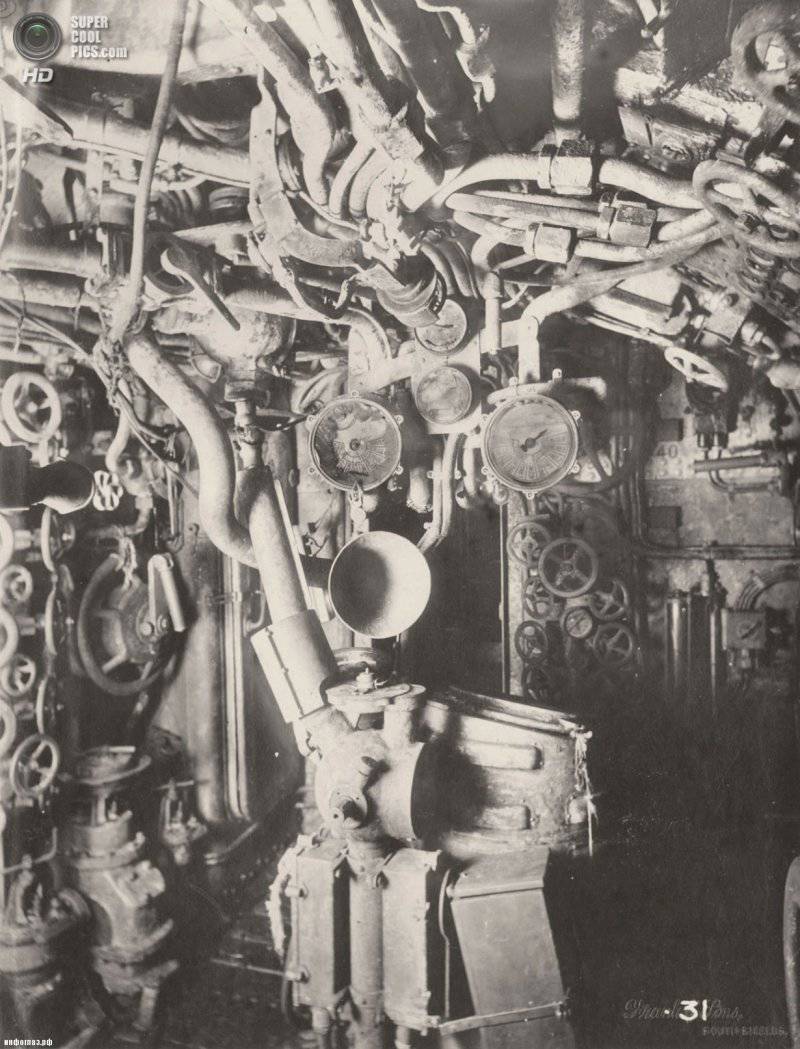 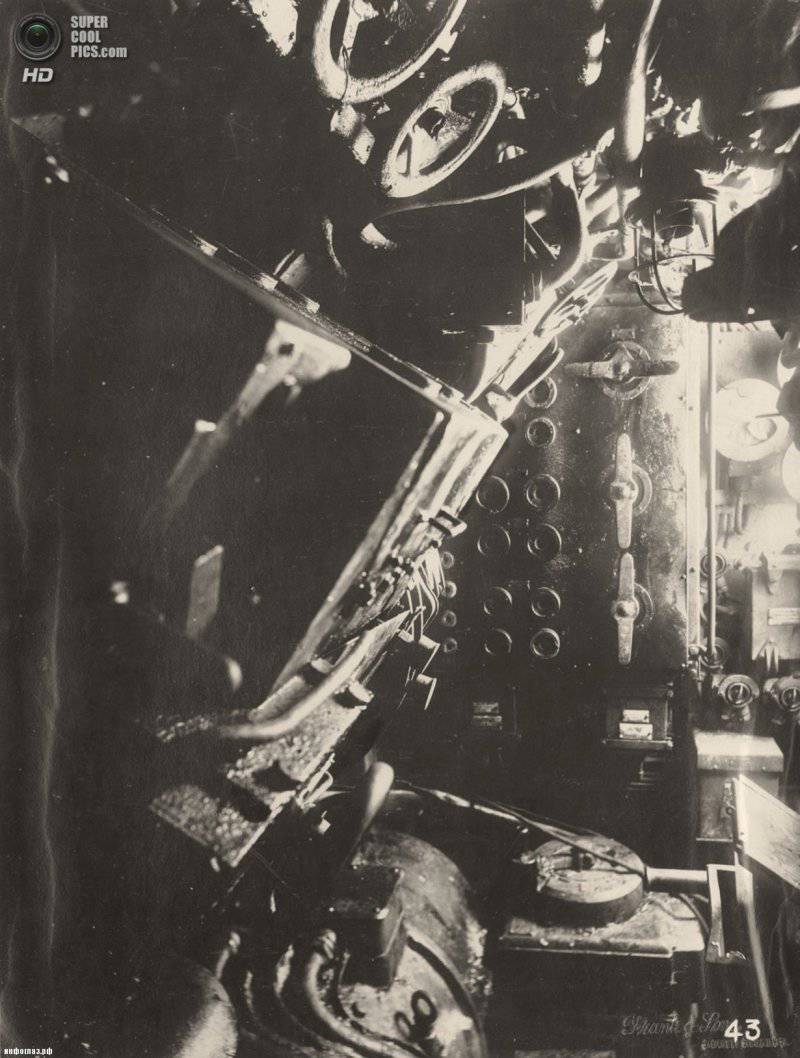 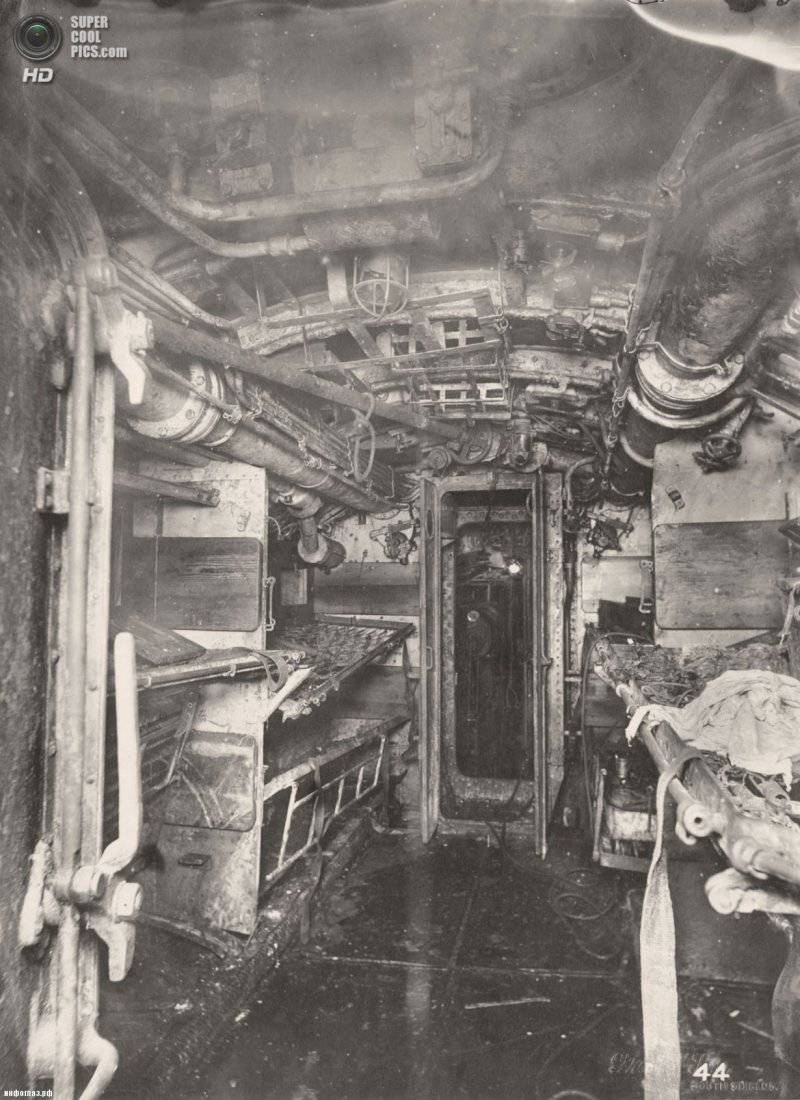 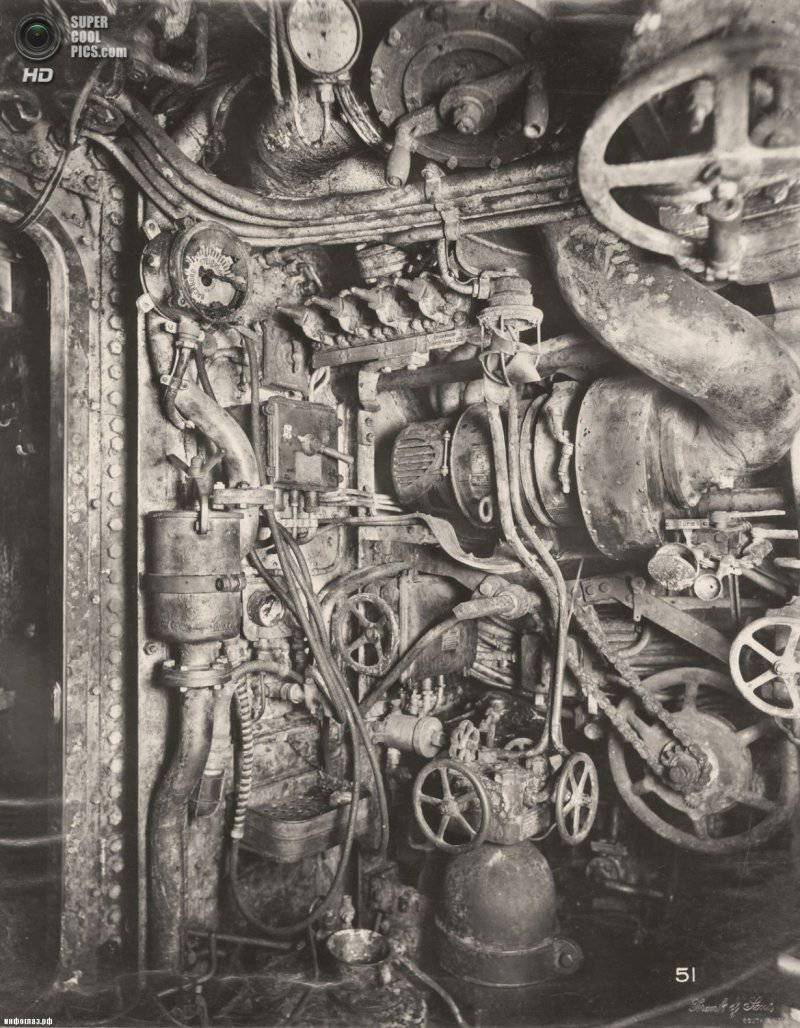 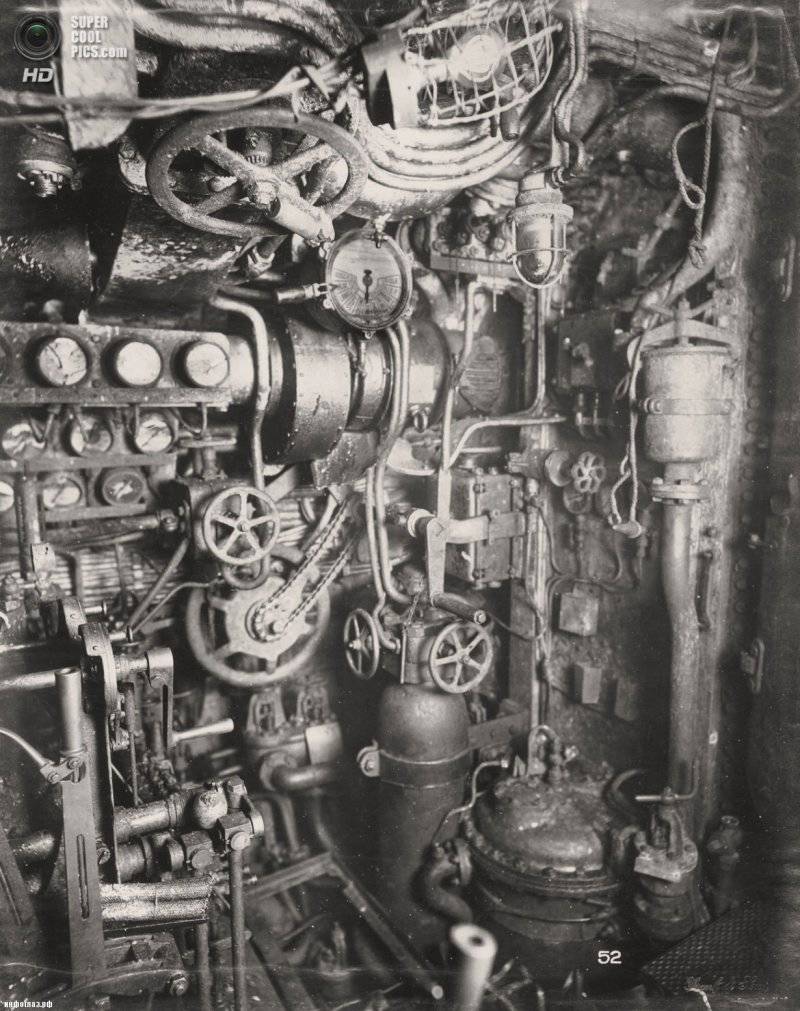 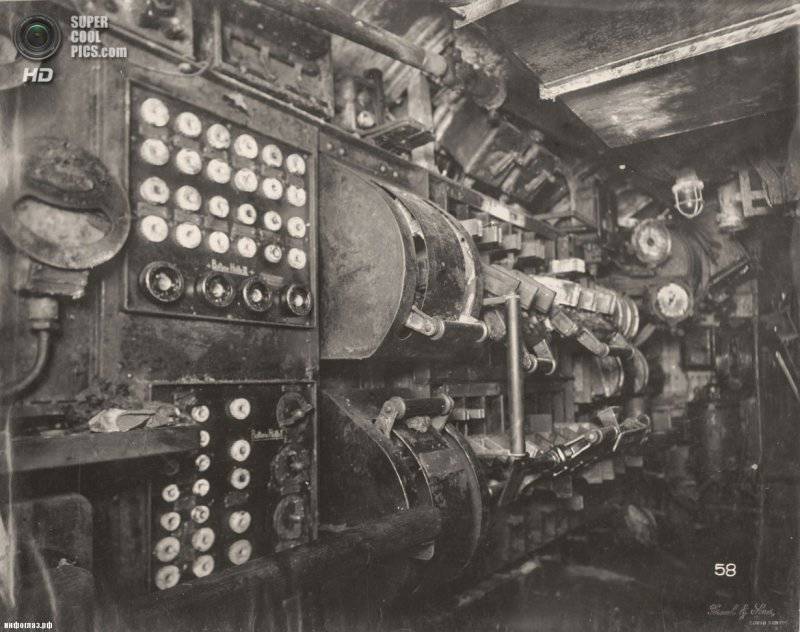 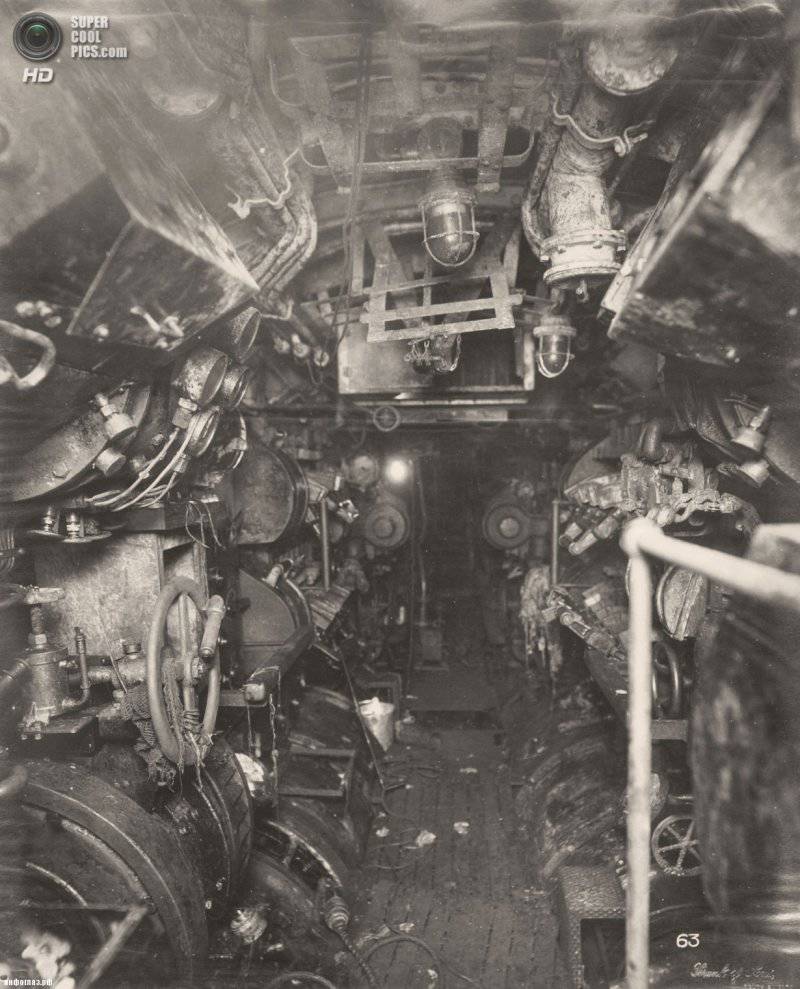 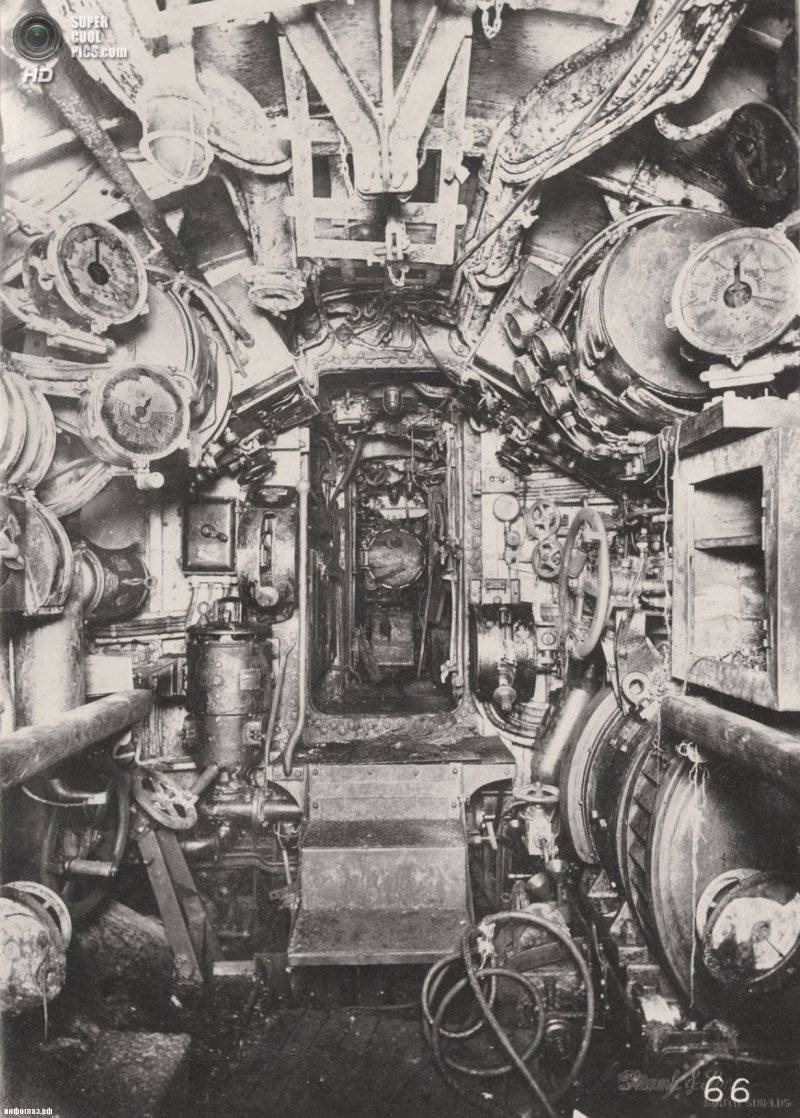 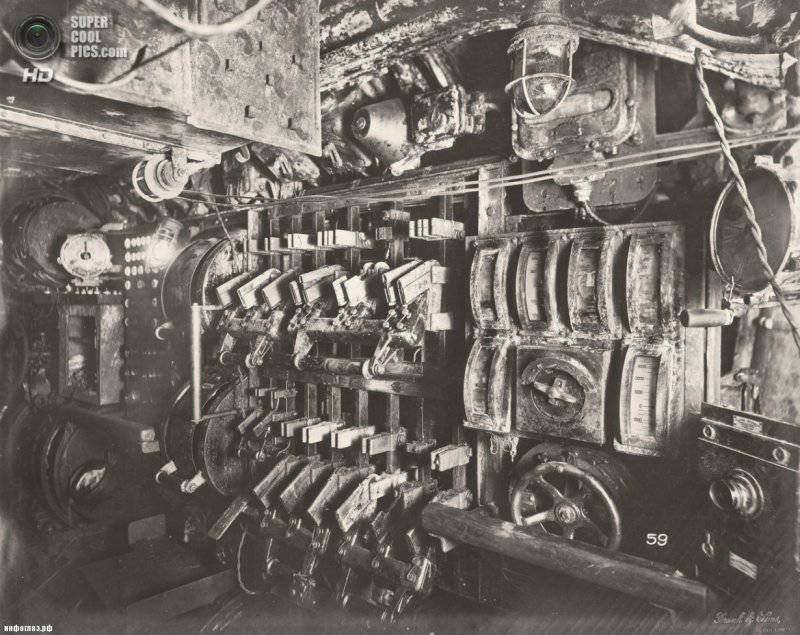 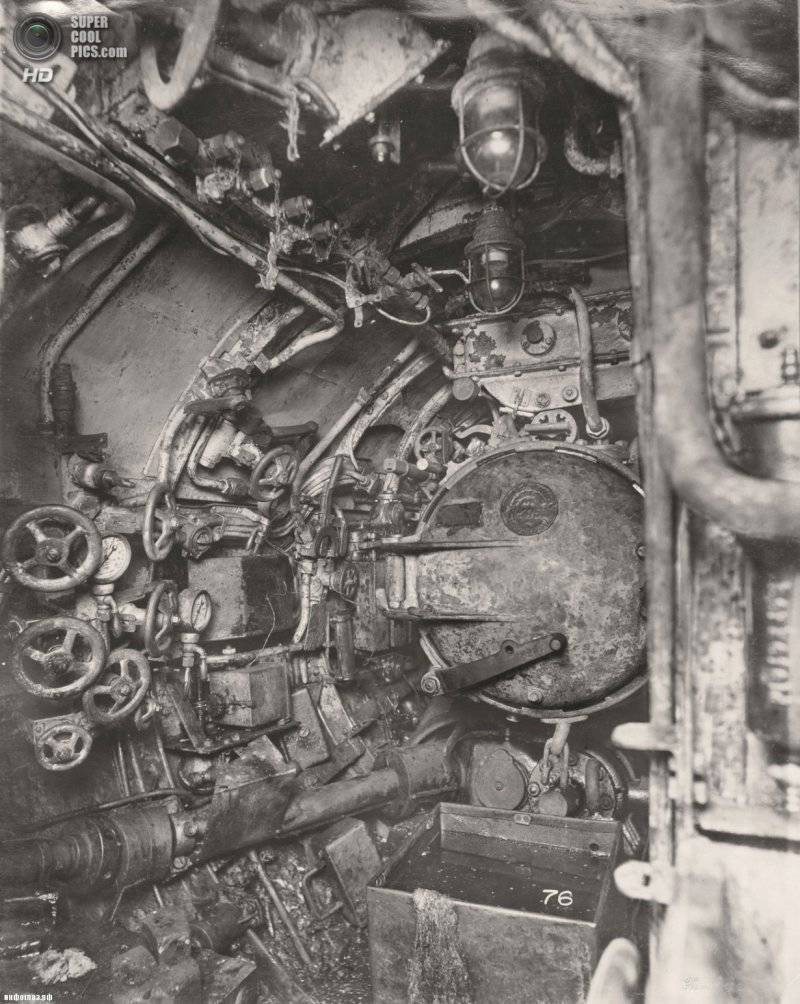 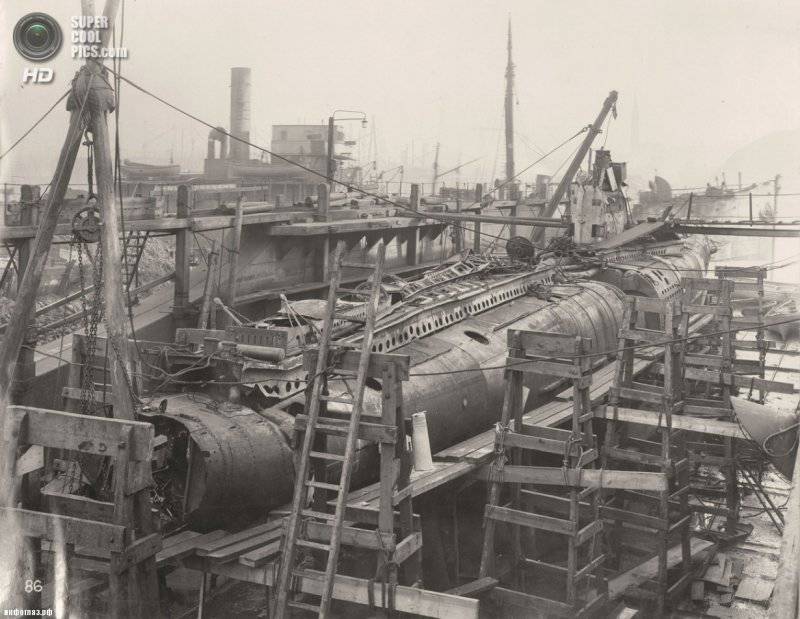 Sources:
http://nvo.ng.ru,
http://supercoolpics.com
Ctrl Enter
Noticed oshЫbku Highlight text and press. Ctrl + Enter
We are
Our memory. The power and greatness of the locomotiveIcy embrace of the North. Soviet submariners is dedicated
Military Reviewin Yandex News
Military Reviewin Google News
17 comments
Information
Dear reader, to leave comments on the publication, you must sign in.