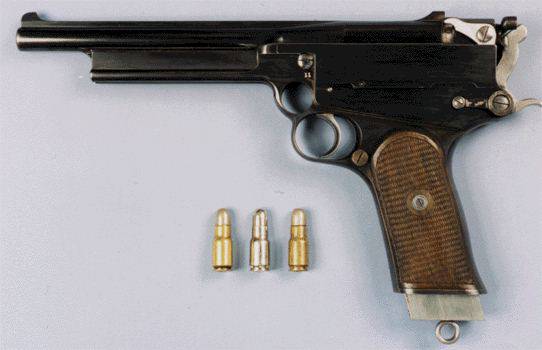 One of the most unusual pistols of the end of the 19 century can be called the Mars automatic pistol (Gabbet-Fairfax Mars Automatic Pistol). It was very massive and powerful. weapon, but extremely complex in terms of design. Pistol Mars is one of many dead-end branches in stories evolution of small arms. The gun was produced for a short period of time, from the first prototype in the 1898 year to the cessation of production in the 1907 year. 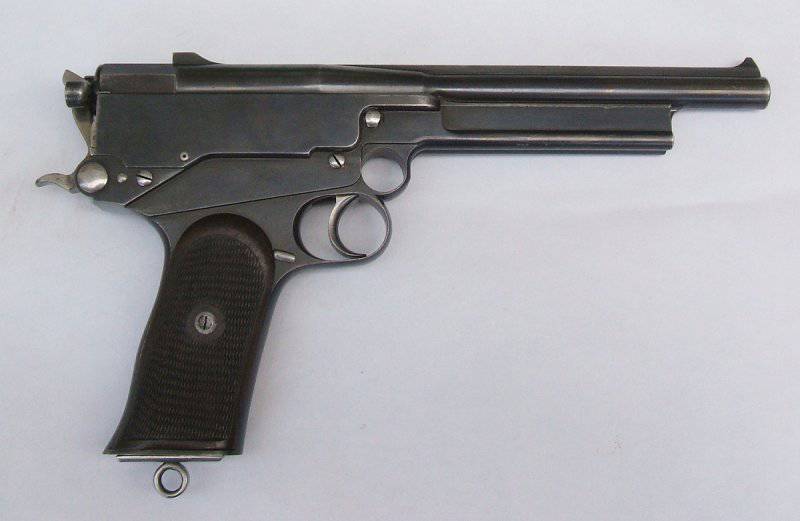 In order to clearly illustrate the size and power of the pistol Mars, compare it with the popular pistols of large caliber.

As can be seen from the Mars 0.45 table, the caliber of 25% is heavier and 30% larger than the Colt 1911, its characteristics are close to those of a LAR Grizzly pistol in the 0.45 Winchester Magnum caliber. 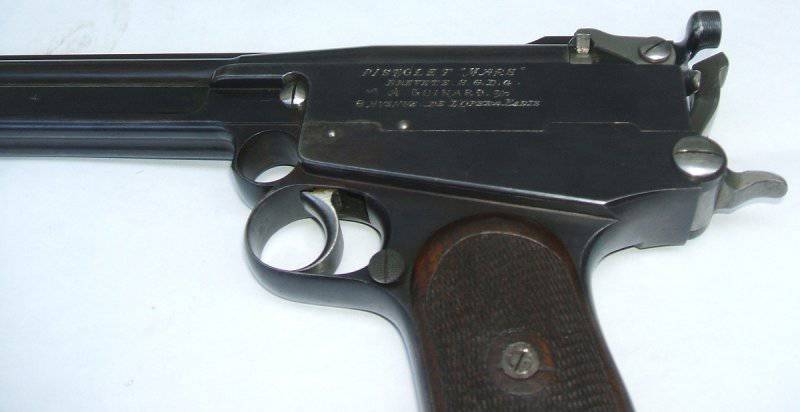 The automatic pistol Mars was developed by the English engineer Hugh William Gabbett-Fairfax (Hugh William Gabbet-Fairfax). The designer was fascinated by the idea of ​​creating a self-loading weapon that used the principle of automation based on the long course of the barrel. This principle provided a high safety margin for weapons, especially when using powerful ammunition. 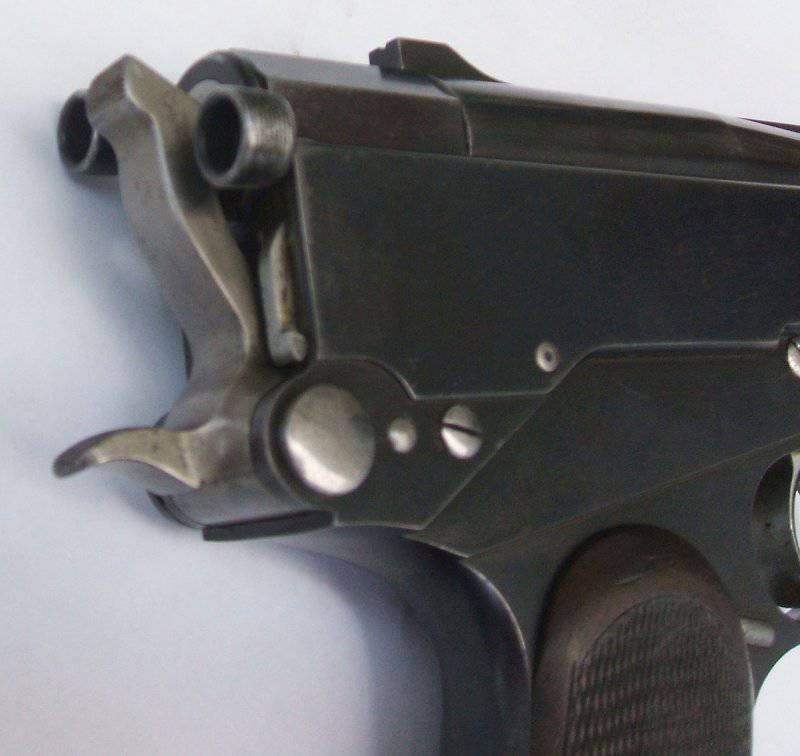 The prototypes of the Mars pistols resembled the design of the Frommer 1912 pistol. The barrel and bolt moved to the extreme rear position coupled and unlocked after the bullet left the barrel. This ensured a high initial speed of a bullet and a gunner’s safety. Further, the barrel rushed forward, removing the sleeve. After that, the bolt moved forward, taking a new cartridge from the store and sending it to the barrel. 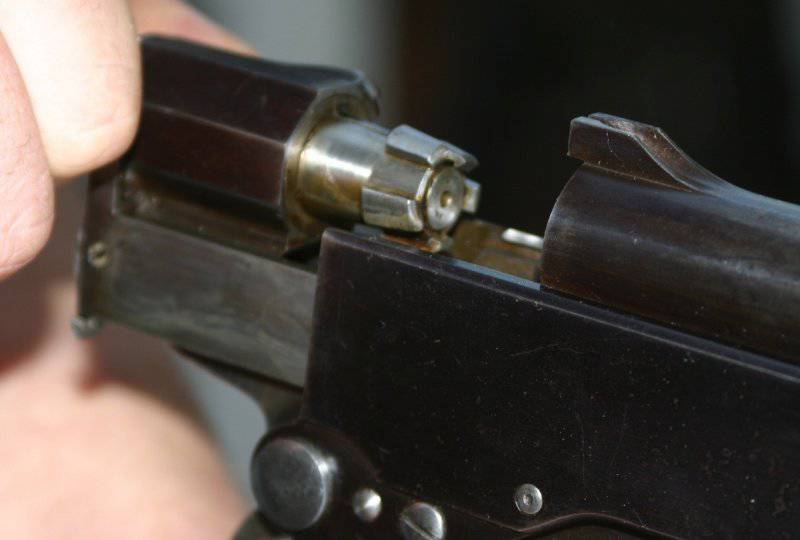 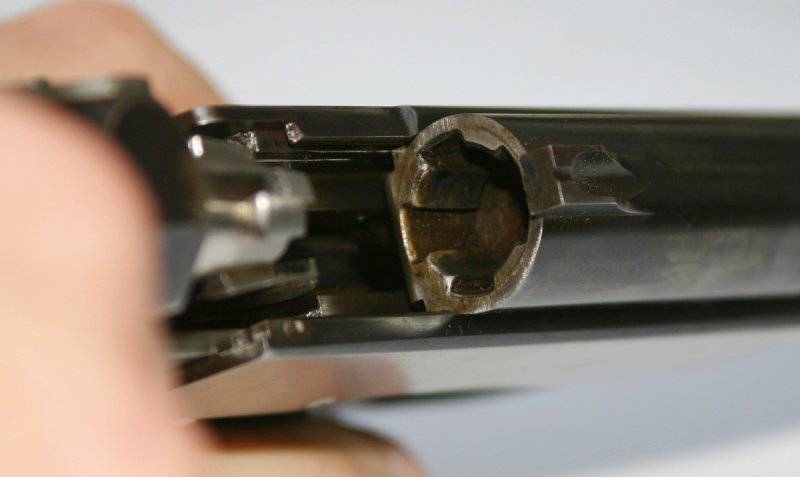 However, to ensure the reliability of locking, the gun pistol Mars had an 4 protrusion, which, when rotated, engaged with the grooves of the barrel and with a long course of the barrel, there were delays in the mechanism of the pistol and distortions of ammunition during sending. 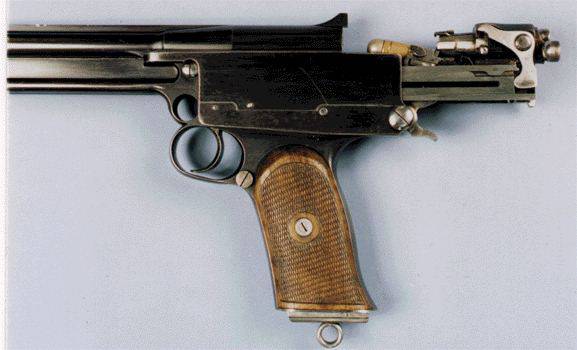 Then a special mechanism (elevator) lifted the cartridge and put it on the level of the barrel and sent it to the chamber. 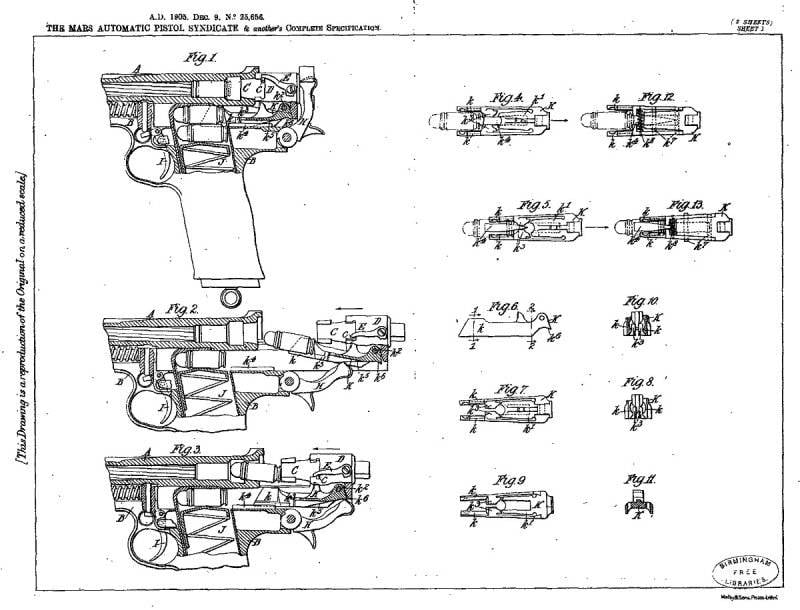 The work of this mechanism is well illustrated by drawings to the patent for weapons. The second major upgrade was a change in the mechanism for unlocking the barrel and bolt. If in the prototype, they were automatically disconnected when the extreme rear position was reached, then in subsequent versions the operation of the unlocking mechanism was coordinated with the lowering of the pistol. 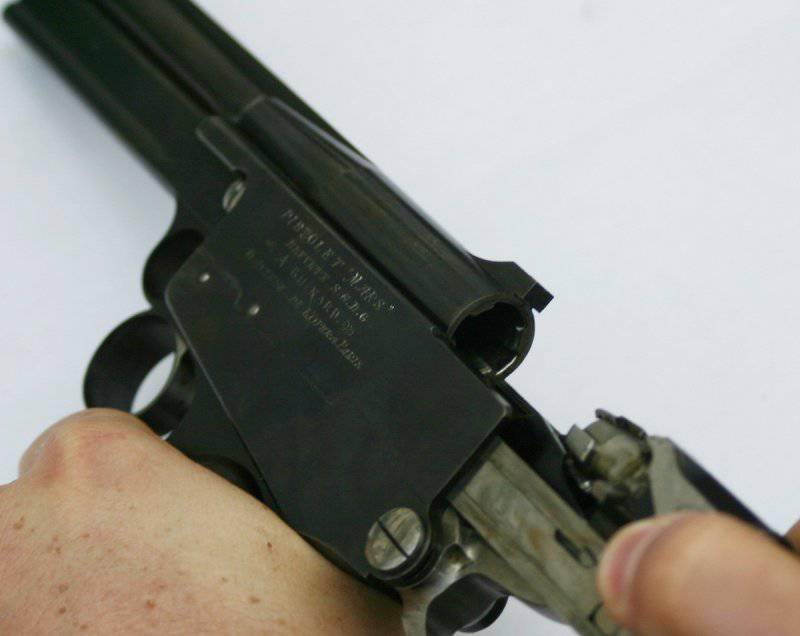 Now, if the shooter after the shot does not release the trigger, the shutter will be in the rearmost position and will not rush forward. However, this markedly increased the effort to descent, which negatively affected the accuracy of the shooting. 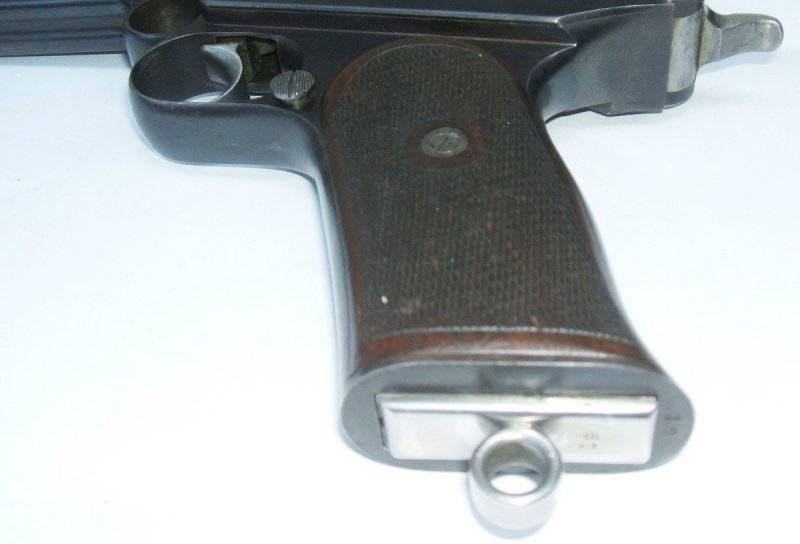 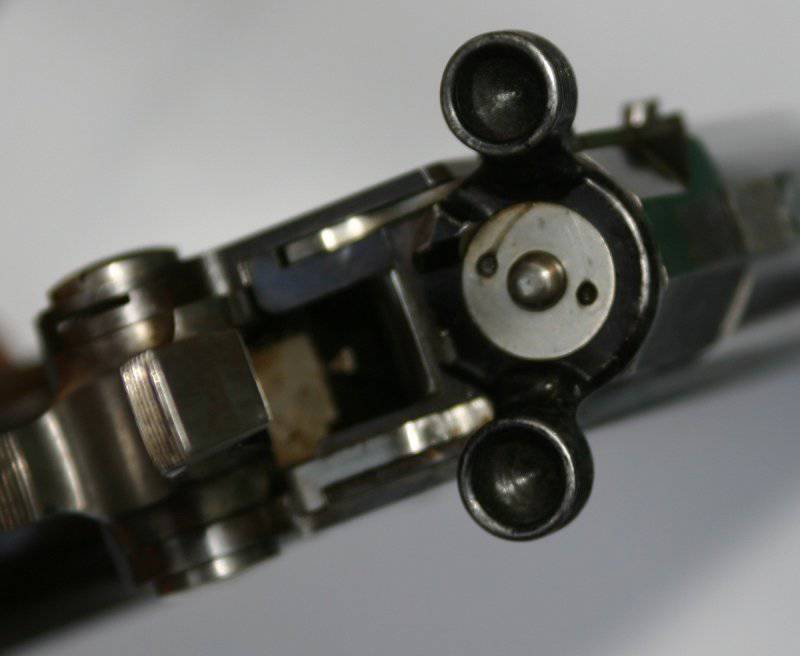 The first Mars pistol was manufactured by Webley & Scott, one of the leading revolver manufacturers in England at the time. It is for this reason that the pistol is sometimes called the Webley Mars. The company, seeing the success of Bergman and Borchard's pistols, also sought to occupy this niche in the short-barreled weapon market. They signed a contract for the manufacture of one of the first prototypes of the Mars pistol, but further cooperation was not extended. In 1900, Hugh William Gabbet-Firefax filed a design patent for a pistol that became his standard model. On October 08, 1901, he received US patent No. 684055. 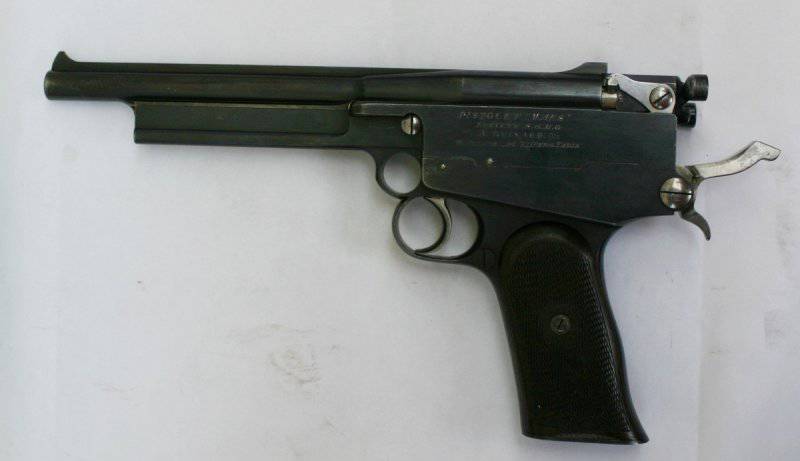 Mass production began in 1901, under the leadership of Gabbet-Firefax, when approximately 56 pistols of various sizes were produced. The weapon had unregulated aiming devices consisting of a front sight and a rear sight. The cheeks of the handle were made of wood. There is evidence that the gun tried to supply the added butt. 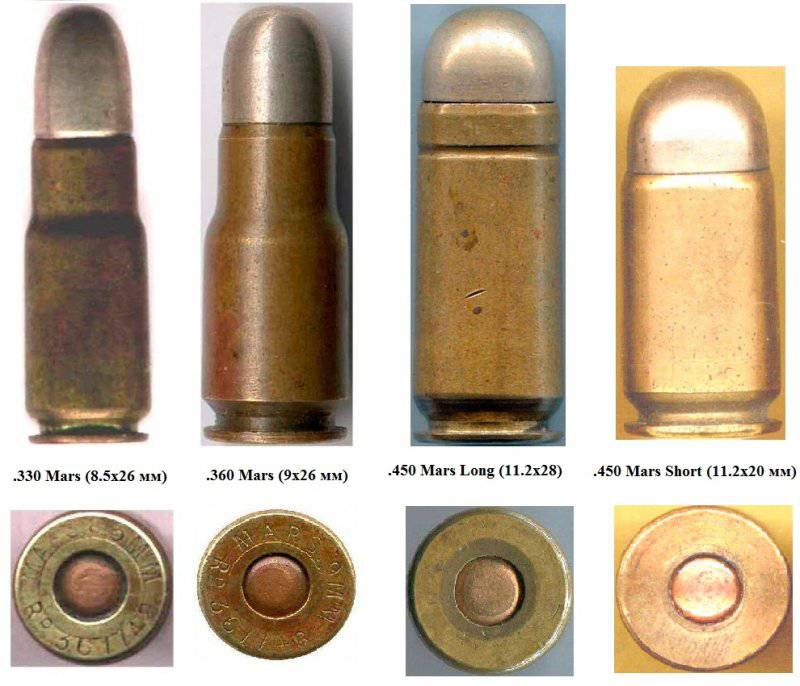 The photo shows the markings on the left side of the frame and the upper part of the barrel of a Mars-caliber gun 8,5 mm manufactured for testing in France.

Until the very last day of production, other measures to improve and modernize the pistol were tirelessly carried out. Sometimes this led to the fact that the parts of the pistols that have neighboring serial numbers were not interchangeable. The changes concerned the details of the trigger mechanism, the barrel, the bolt, the magazine. Details of weapons tried to make it easier, making it easier to frame, bolt and the front of the trigger guard.

In the period from 1901 to 1903, the Mars pistol was demonstrated in at least eight different troop tests, trying to get a contract for serial production. Military experts have consistently noted the high power and good accuracy of the weapon. The stopping effect of a bullet fired from a pistol of Mars was beyond praise. However, a large mass of weapons, the complexity of the design of the pistol, strong recoil and heavy descent negated all the positive sides of the pistol. Military experts noted that sometimes the spent cartridge was removed directly in the face of the shooter, besides pistol ammunition was very rare and was not used in another weapon. 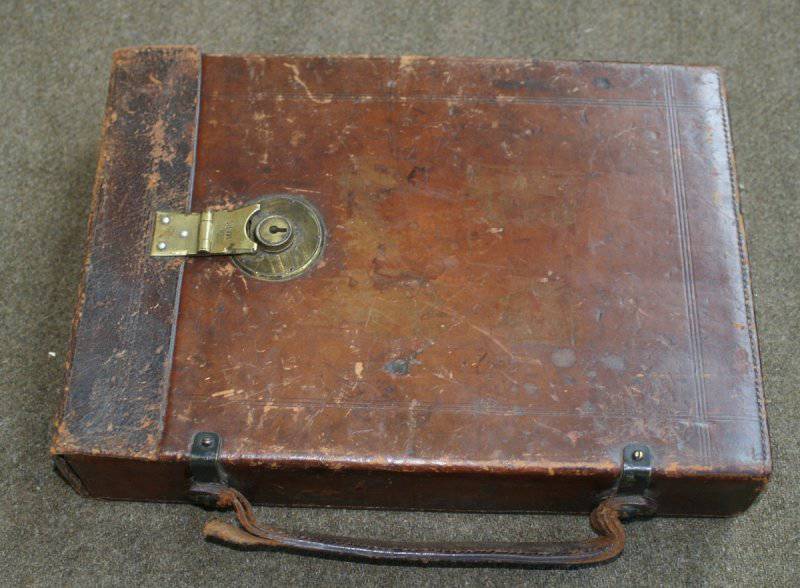 By the end of 1903, it became clear that military contracts for the manufacture of a Mars pistol could not be obtained and Hugh William Gabbet-Firefax finally went bankrupt. His patents were transferred to a consortium of creditors called Mars Automatic Pistol Sindikat, which tried to renew its attempts to sell weapons and recoup their investments. 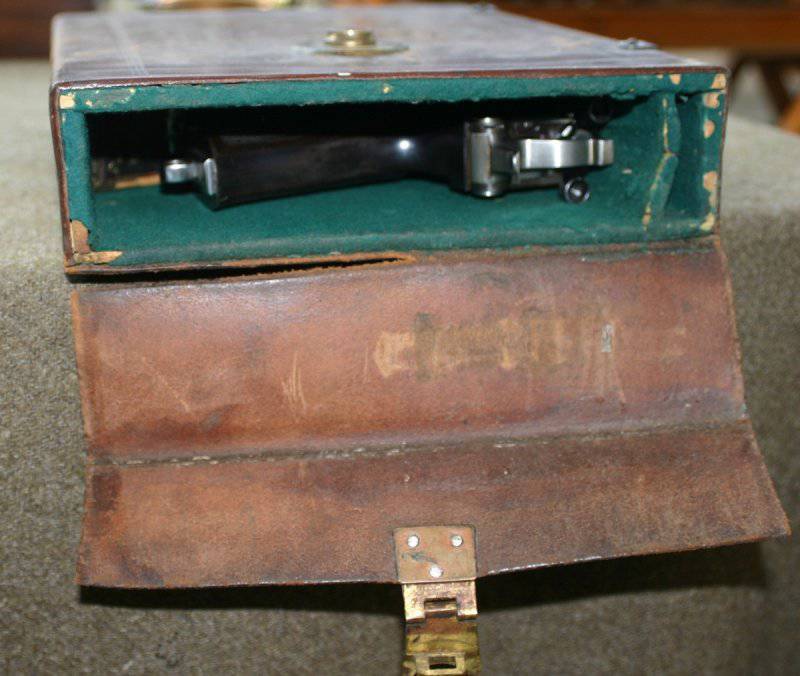 At the end of 1905, engineer Clement Brown (Clement Brown), a former employee of Gabbet-Firefax, filed a patent for a number of improvements in the design of the gun. December 09 1905, he gets a British patent number 25656. The syndicate orders the manufacture of an improved pistol to the local gunsmiths of Birmingham, who also use the stock of the remaining parts of the pistols. Attempts to sell the upgraded Mars pistol in 1906 were also unsuccessful, and by the end of 1907, the Syndicate also went bankrupt and fell apart.
In total, for the entire period of production, the order of 80 Mars pistols was manufactured, but there is not a single evidence that at least one of them was sold on a commercial basis. 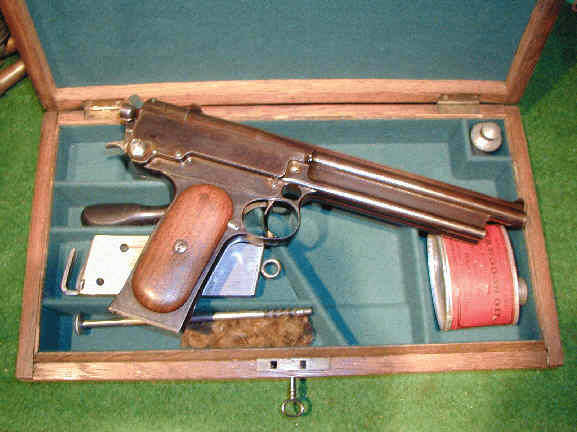 Thus ended the story of the most powerful and most controversial pistol of the end of 19, the beginning of the 20 century. We can only guess about the cost of Mars pistols on the market for collection weapons.