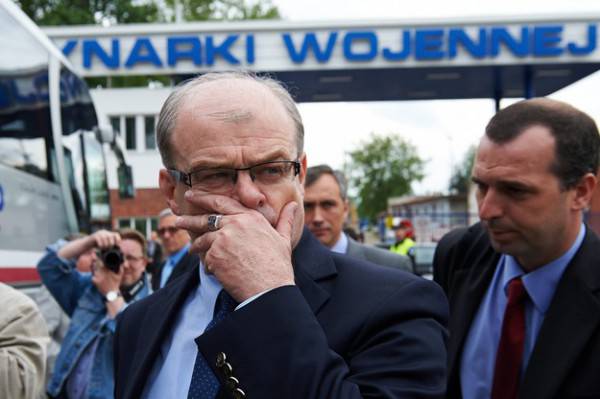 
The prime minister praised the work of the general in his post as deputy minister of national defense, but noted that “no member of the government should create problems, even if these problems are the result of unintentional actions.”

For his part, the general stated that “in his entire service and in his work he was guided exclusively by the interests of the Polish Army, acting honestly and with full dedication. Despite the fact that state bodies did not formulate any charges against him, he became the object of unjust attacks, which created difficulties for the prime minister, the government and the minister of defense. ”

The resignation of General Skrapczak is associated with suspicions of corruption, including during the tender for the purchase of combat unmanned aircraft (drones) for the Polish army. As is known, the Su-22 fighters are still in service with the Polish army. The Polish Defense Ministry rejected the idea of ​​modernizing Soviet fighters in favor of completely replacing them with new drone drones.

Two Israeli firms participated in the tender: ELBIT SYSTEM and IAI (Israel Aerospace Industries). Commenting on the subsequent scandalous events, he himself said in an interview that “as a Polish general, as a soldier who swore an oath, he would never agree that we would slip projects that were previously sold to Russians, because "Codes of data transmission channels". The problems that Israel is facing now are connected with this, since the very firm whose attacks I now have to endure has sold its Heron drones to Russia, and the latter, it is possible, to someone else. And this “somebody” is probably Hezbolch or Iran, but they also paralyzed the drones produced by the same company in Israel. ”

The resignation was preceded by a series of events. In September, 2013. The District Prosecutor's Office of Warsaw began investigating the case of the deputy head of the military department on the basis of materials submitted by the Military Counterintelligence Service, which in turn did not extend to him the certificate of access to classified information. The conflict of V.Spishchak with counterintelligence has been brewing for a long time. It is known that the general was auditioned, an analysis of the sources of his income was conducted, the nature of his relationship with firms cooperating with the Ministry of National Defense was studied; besides, his personal life was not left without attention either. As a result, it turned out that the deputy minister had concealed in his “official security questionnaire” about himself a number of information that he previously had contacts with army equipment suppliers, including Israeli UAB companies producing UAVs, and to top it off Around the world, numerous flirtations of the general and his correspondence with women on the “Sympathy” portal under the name “Waldek Iraq” were publicized.

The formal reason for the resignation was история with a letter signed by General Skrypczak, the text of which was published by the newspaper Vyborcha. The letter was addressed to the SIBAT (Israeli Ministry of Defense). In it, Skyspczak assured the Israeli partner of the desire to cooperate, emphasizing that “the intention of the INR” is “to formulate principles of cooperation regarding the production and deployment of systems in Poland that are used in the Israeli Armed Forces and which are supplied by ELBIT SYSTEM.

The letter caused a scandal in Israel, because prior to the announcement of the outcome of the auction, the Polish side actually preferred one of the participating companies. As a result, the Polish military department was forced to give the appropriate comments, and the general explained himself to the minister and the military counterintelligence service.

Anyway, behind all this history there is a lot of money. At stake is 1 billion zlotys for the purchase of drones for the Polish army. The one who gets it will get a chance for supplies under the modernization program of the entire air defense system of Poland, to which the INR will allocate PLN 15-17 billion in the coming years.

Therefore, the general is not guilty. Perhaps he is “a loafer and a rake,” as one of his acquaintances said about him, but at the same time “a decent person, did not steal, did not extort bribes. And the counterintelligence material is weak, by-the-living, nothing more. ” He just crossed the road to the lobbyists.