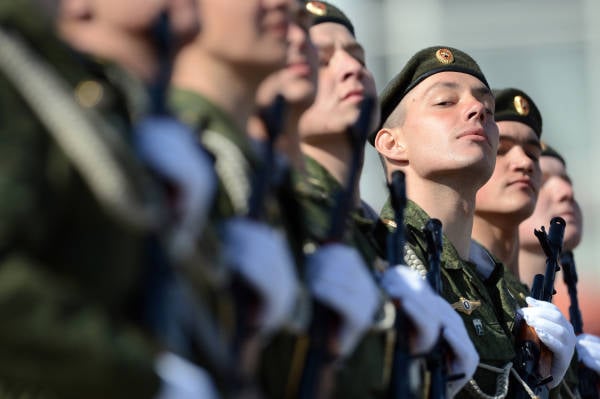 The half-forgotten slogan of the Soviet era “Muscle your own, breathe and train your body with benefits for military affairs” gained a new life in the Russian army.


Physical training in the army has become as important academic discipline as tactics or driving a combat vehicle. And on the sports grounds, not only soldiers, but also officers, are "chased" to the seventh sweat. Whether it is a young lieutenant, a divisional commander with stripes, or a staff colonel, passing tests for a fizo cannot be avoided. And not only the size of the officer’s salary, but also his career growth will depend on the final assessment on this subject. Weaknesses of the army are not needed, and if a recruit-recruit in any case will be forced to pump up muscles, the refusal of such training for a regular military personnel is fraught with early dismissal.

The approach is tough, but it gives a positive effect. "The physical training system is being improved, there is no limit to perfection. Over the past year, the institute of physical training instructors has earned. The motivation tools for a high level of physical training have earned. As a result, compared to 2012, the number of military personnel has increased by at least 7 percent. and “excellent,” said Col. Oleg Botsman, head of the Physical Training Directorate of the Armed Forces of the Russian Federation, on the Echo of Moscow radio station.

The level of physical development of officers, including, was assessed at the final test last fall. Personnel soldiers "at the stars" performed exercises for strength, speed and endurance. Evaluation of their sports skills gave special commissions, consisting of professional army instructors, athletes. The officers demonstrated their strengths to the commission either by pulling on the crossbar, or by performing a complex exercise, including bending and unbending the arms in the rest position (lying flatly). The speed was determined by the exercise "shuttle run" - this is 10 races without stopping at a distance of 10 meters with turns. And the officers proved their endurance on the kilometer cross-country.

The score for fizo in the army is as follows. For each exercise performed, a serviceman is awarded points, their sum for three exercises is entered in a special table. The final grade for each general and officer is then calculated using coefficients that take into account the service category and age of the examinee.

While the scheme is this. But it can change a little. According to Oleg Botsman, in assessing the physical training of officers, "we are trying to move away from the age categories, since the platoon commander, regardless of his age, must meet certain requirements."

In addition, he said that in the armed forces "they began to test complex exercises - with simultaneous testing of strength, endurance, accuracy - for each military specialty, modulating the conditions of the situation that a soldier may encounter in battle." The purpose of this work is to prepare the soldier and officer to fulfill the standards for combat training.

Soldiers who received a two-man check at the fizo, on the orders of the Minister of Defense, are deprived of a monthly allowance. They are given exactly six months to improve their fitness. If the 6 months the officer does not surrender the standards to at least a "C grade", he will be dismissed from the army with the wording "on non-compliance with the terms of the contract." But officers with excellent fizo indicators receive a monthly surcharge in the amount of 30 percent of the salary for the position held. For servicemen-dischargers and holders of titles in military-applied sports, this premium is increased to one hundred percent.