Ukrainian economy - in a recession without prospects, probability of default in 2015 is high: interview 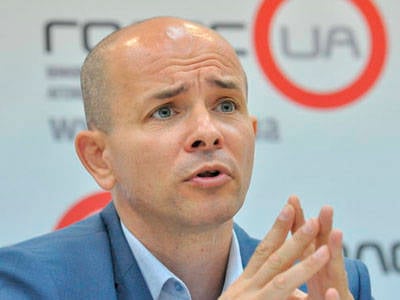 The economic results of the past year for Ukraine and the prospects for the current 2014 year in an interview with REGNUM were commented by economic expert Boris Kushniruk.


How could you describe the economic results of 2013 for Ukraine?

Positives in the Ukrainian economy over the past year are as follows. After quite hard times for the national currency in 2013, the situation fully stabilized and in fact until September we had a very stable situation, in some months we even had a positive balance of buying and selling currency to the public. The national bank almost never entered the foreign exchange market. From the end of August there was a seasonal annual jump on the hryvnia exchange rate, which to a certain extent was later stabilized. But at the same time, there were certain political events, which to a certain extent created some kind of pressure on the currency. The population as a whole behaved calmly and, moreover, in spite of all the horror stories that the hryvnia exchange rate would depreciate, the people continued to contribute money to deposits, moreover, hryvnia deposits. According to statistics, for 11 months 66 was put on deposits of billions of hryvnias, of which 30 is in foreign currency, everything else is in hryvnia. This is quite indicative in terms of public confidence in the national currency.

As for the negatives - they are much more. Despite forecasts for economic growth in 3,5-4%, we received a fall, which, by the way, could be even more than it is. Practically all branches, except for agrarian sector and retail trade, in ours fall. Industry, transport, construction, energy - all key areas show a fall. The situation improved somewhat in November, but in general the situation is negative and in light of this, my predictions for the 2014 year are rather pessimistic. I do not believe in forecasts about 3% of GDP growth, God forbid that we get more 1%. Agriculture of this growth, as shown this year, will not be able to show - 2013 was extremely successful in terms of yield. With the stability of all other areas of growth will, of course, but - insignificant. But all other areas - industry, transport, construction - will remain in a sad state.

The hopes of the Ukrainian government that Russia will help us will buy Ukrainian products, in my opinion, will not be justified. At present, Russia is creeping into recession. This was forecasted by experts at the beginning of the year, and by the end of the year such forecasts became more noticeable. At the expense of trade, Russia still has a certain GDP growth, but if you take the industry, then there is a fall. All forecasts of industrial enterprises for 2014 are negative. Including the demand for Ukrainian goods will be reduced. Accordingly, it is not necessary to expect that we will grow there.

That is, the problem of 2014 of the year - Ukraine is in recession and has no particular reason to exit it. The global crisis continues, the markets for us will be reduced, Europe will not help us after the rush associated with the failure of the signing of an association agreement with the EU. In Ukraine, a monopolized, corrupt economy and there are no factors that could stimulate demand for Ukrainian products.

In 2013, Ukraine foreshadowed a collapse if it could not attract multibillion-dollar external loans. Kiev tried to negotiate new borrowing with the EU, with the IMF, but finally agreed with Moscow on a 15 billion loan. Will this loan save the Ukrainian economy and will it be possible to attract new borrowing from the IMF?

As for the IMF, we have quite manipulative statements from the government. Like, the IMF put forward unacceptable conditions. They are connected with the fact that Ukraine should make a more competitive economy, which will allow to pay on loans received. And for this, it is necessary to carry out reforms in the gas sector, the agrarian sector, and reform the budget system. The most popular horror story - gas prices will be raised for the population. The IMF proposes today to keep the current model for those segments of the population that have benefits, i.e. some compensation will be provided for them. Thus, there was no reason for extreme concern from the very beginning. But for the Ukrainian government, the refusal to comply with the requirements of the IMF means an unwillingness to carry out any reforms at all. That is, there is a desire to preserve the non-transparent activities of NAK Naftogaz Ukrainy, which is not just ineffective, it is, roughly speaking, “eating resources”. The current payment system creates a hole through which budget money is sucked out by shareholders from the government and commercial structures. My prediction is that the IMF loan will not be received in the 2014 year, because the government does not want to carry out reforms.

As for the Russian money, we received the first tranche of 3 billion dollars, as for all other tranches - as long as there is no information. Neither the terms, nor the conditions, nor the yield on these securities, respectively, we can not even confidently say - will we get the money at all. Russia is not so easy to allocate the money. There are quite significant limitations - Russia does not have extra money in the budget. And the national welfare fund has certain limitations and from there it is impossible to get more 8 billions. It is hard to say under what conditions Russia will give money. I would not even say that exactly 15 billions will be received. And what our government is going to do next is not completely clear. They are counting on a reduction in gas prices, but this issue will also be solved once a quarter, plus it is not clear what requirements Russia will put forward so that the price of 268 dollars remains. And it is not clear whether the President of Ukraine, Viktor Yanukovich, and the government headed by Mykola Azarov will agree to fulfill these conditions, which most likely will concern certain assets that will have to go under the control of Russian business.

Many economists have talked about the threat of default that loomed over Ukraine in 2013. Does this threat persist in 2014, and what will happen to the gold and currency reserves of Ukraine, which have already reached a critical level?

I strongly insisted that I did not believe in the default of Ukraine either in 2013 or in 2014. Considering that the first credit tranche from Russia has already been received, the situation with gold and foreign exchange reserves will improve. As for the default in 2014, even if we had not received money from anyone, Ukraine’s default would not threaten. But with the 2015 year is not so simple. If in the 2015 year, those 15 billions of dollars that Russia allocates should be returned, then there is a high probability of default. Over the course of the year, Ukraine will not be able to return the same amount to the Russian Federation. But we can talk about this problem, if, of course, the information is true that Ukraine is really going to take a loan from Russia for 2 of the year, that is, before 2015.

Is it possible to repay debt to Russia at the expense of the new loan from the IMF?

Theoretically, this is possible, but for this it is necessary to carry out reforms, and until the 2015 of the year, this government of Ukraine will definitely not do. They want to preserve the status quo, show the immutability of the rate of increasing social benefits and keep the situation calm, so that at the expense of such stability to win the presidential election.

Ctrl Enter
Noticed oshЫbku Highlight text and press. Ctrl + Enter
We are
List of destroyed the largest and most high-tech enterprisesWill Kudrin’s resignation lead to the abandonment of the “currency committee” regime?
Military Reviewin Yandex News
Military Reviewin Google News
51 comment
Information
Dear reader, to leave comments on the publication, you must sign in.