Sharia patrols are already on the Volga. Urgently need a mode of "counter-ideological operation" 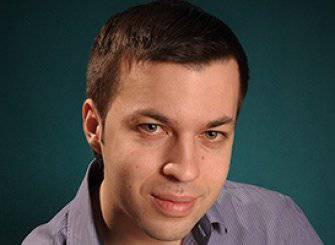 In early January, clashes occurred in Tatarstan between participants in the Sharia patrol and activists of the Russian Runs movement. The former hunted for the tipsy citizens in order to incline them to the “true faith”, while the latter hunted down the former in order to prevent unauthorized preaching. Who won, where did the Sharia patrols on the Volga come from and what to do with it - we analyze below.


In the regional center Bazarny Mataki of the Republic of Tatarstan on holidays there was a clash between the adherents of Wahhabism and their opponents. Participants so-called “Sharia patrol” at night was tied to a drunken citizen in order to teach him a drink for drinking and add to “true Islam”. For the happiness of a citizen, the members of the movement “Russian jogs for a healthy lifestyle”, who were patrolling, were nearby. As a result, the novice Islamists were beaten and retired, and news all relevant online communities have covered it. And if in the camp of the so-called. "Russian nationalists" celebrated the defeat of the enemy (we note, ungroundedly wriggling against the winners - see below), then among the so-called. "Tatar nationalists" and Internet Wahhabis complained about the arbitrariness of the "Russian fascists" and the oppression of Muslims.

However, after checking the Ministry of Internal Affairs of Tatarstan refuted information about the conflict, and this, in turn, is in itself a reason for reflection, but about everything in order.

Firstly, the fact of the presence of “Sharia patrols” in the center of Russia, unfortunately, is not surprising, but annoying. And although they prefer not to notice them at the official level, local residents and public organizations confirm the fact of their existence. Such cells have been operating in the republic since 2010, and they are structural subdivisions of the Wahhabi At-Takfir va al-Hijra - a banned, among other things, extremist organization in Russia. Its participants search for drunken people on the streets and “punish” for sin, preach in crowded places, raise funds to help the “brothers in Syria” and urge not to celebrate the “New Year of Käfer” and other divine holidays. Previously, these activists tried to guide the priest of the local Orthodox parish to the “true path”, but they could not, for which they tried to burn his house.

The police, I'm sorry, the police cannot do anything with them, as they are experiencing the results of the “Medvedev reform”, which resulted in a drastic reduction of staff. And those that remained, apparently, are not very eager to quarrel with the Islamists who have gained strength.

Secondly, one would think that we are dealing with another ethnic conflict, but this is not so. The participants of the “Russian jogs” are the ethnically predominantly Tatars and Chuvashs. In this case, they are fighting against the alien Islam of the Arab bottling and act as the most natural conservatives.

Thirdly, the fact that the Ministry of Internal Affairs did not find evidence of what happened is also not surprising. Most likely, no statements from the victims have been reported. But the main thing is that the recognition of what happened means the immediate resignation of the head of the district, and possibly the local leaders of the Ministry of Internal Affairs. Recall that under the new law local authorities are responsible for the state of interethnic and interfaith relations in the localities. Of course, nobody wants to be substituted.

Fourth, the specific events in Tatarstan began to go too tight. The news about a series of arson attacks on churches, about shelling by home-made “Kassams” of state facilities, about the participation of Tatarstan youth in the Syrian war, just like the Sharia patrols, just died down.

And this is perhaps the main thing. After the loud murder by Islamists of Valliuli Yakupov and the subsequent cleansing of the gangster underground on the eve of the Universiade in Kazan, it seemed that the republic would breathe freely. But the lull did not last long.

It is said that after information about Sharia patrols was leaked to the press at the end of 2013, top officials from Kazan descended on Bazaar Mataki and demanded from local authorities "to strengthen educational work with young people by introducing healthy lifestyle and sports." Good, good offer, it is a pity that it was late for a couple of decades. Today, the propagandists of a “healthy lifestyle and sport” are the Wahhabis themselves, using these terms to oppose the usual way of life of the Tatarstan heartland, from which one way or another dreams of escaping youth. It is proposed to break out in the direction of "jihad" against "infidels, leading swinish life and oppressing true Muslims."

We, in general, have talked about this and are talking all the time, but the radicals in Tatarstan will no longer be known by force. Such methods would be appropriate at the stage of their formation, but today they are already too firmly settled in the republic, and any pressure on them only strengthens the image of martyrs for their faith in the eyes of neophytes.

Here I want to convey ardent greetings to our beloved federal agency Rosmolodezh. For some reason, it does not appear in such news, and the streets are protected from Wahhabis by amateur organizations, while “Rosmolovtsy” prefer to sit at “round tables” and lament about the insufficiency of budget financing.

In order not to justify the gloomy predictions about the emergence of a "second Dagestan on the Volga", we must act urgently. To do this, one should admit to himself that Islamist organizations broke away from the sluggish state ten steps ahead and continue to increase the lead, while the state has not yet decided which direction to run. And it is necessary to run in the direction of the introduction of the regime of “counter-operational operation”. And it would be better on the scale of the whole country, and not a separate republic.

Let there be no such term yet, and there is no one to carry it out, except for the people's militia, but there is a need for it. There is quite a bit of time for organizing a massive ideological response. At least, the overwhelming majority of the people of Tatarstan do not share the ideology of Wahhabism, but we know how quickly public opinion changes with a competent and systemic effect on it - and the absence of a distinct and decisive opposition. Need to hurry.

Ctrl Enter
Noticed oshЫbku Highlight text and press. Ctrl + Enter
We are
We disassemble the interplanetary transport system (ITS) for parts from Ilona MaskForeign religious influence on the Muslims of Tatarstan in the post-Soviet period
Military Reviewin Yandex News
Military Reviewin Google News
82 comments
Information
Dear reader, to leave comments on the publication, you must sign in.