How in China are struggling with illegal immigration 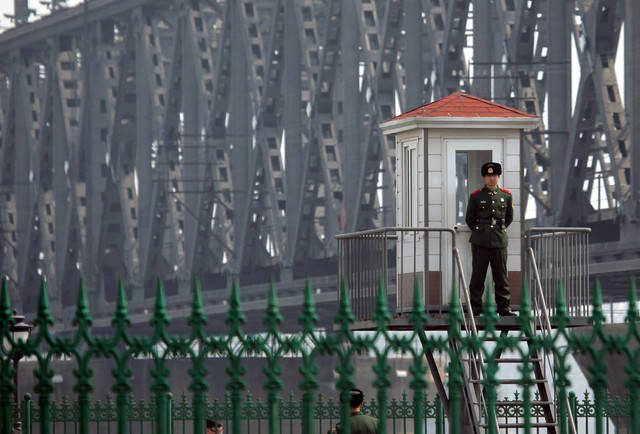 
Meanwhile, in China, where there are more than enough people, the problem of illegal migration is exactly the same as ours. The authorities of the People's Republic of China build on the borders of the wall with barbed wire, arrange “100 days of dispersal”, tighten the visa regime, imprison and fine those who rent apartments to “outsiders”. Everything like ours.

What gives reason to think that the main reason for illegal migration is the METHOD OF ECONOMIC TRAINING. That is the need for a modern financially-oriented capitalist “efficient” economy in a cheap, practically free labor force. Without this, it seems that it simply cannot exist.

“- These foreigners have already hesitated. You walk along the street in the evening - on the left they speak Arabic, on the right - in Hindi. The North Koreans came to the rescue, opening brothels at every step under the guise of eateries. Africans in Guangzhou are horrified - they sleep under bridges in cardboard boxes and piles of garbage. In the center of the city, Chinese prostitutes daily fight their rivals from Thailand, the Congo and Ukraine. Now it is easier for a businessman to build illegal immigrants from Bangladesh, Indonesia or Africa to build: they are ready to work for a cup of rice a day. Soon in China will be like you in Biryulyovo: we will go out to smash hostels.

Unemployed do not give a visa

22-year-old resident of Guangzhou Liang Ming simply seethes with anger towards immigrants. But not so long ago, the Chinese perceived foreigners with a mixture of curiosity and complacency. In recent years, migrant workers have managed to change China for the worse - in large cities, Indians offer cocaine and hashish on the street, Arab pimps impose girls from Eastern Europe, and negros sell stolen electronics. Only in Guangzhou, according to police estimates, live 100 thousands of immigrants from Africa. As a rule, black illegals get on fragile boats from neighboring countries and, once in China, immediately destroy their documents. It is impossible to send them back: after all, it is unknown which country to send to. About 50 (!) Millions of migrant workers, including 300 of thousands of Russians, Ukrainians and Belarusians, are already on the “bird rights” in the Celestial Empire. Honestly, a real paradox - after all, in the past 20 years, it was Chinese immigrants who penetrated Europe, the USA and Russia on ships with a double bottom and in refrigerators with vegetables. However, other times have come.

China has grown rich, its economy attracts citizens of poor countries. Since the beginning of the “Arab spring”, refugees from Syria, Iraq, and Egypt have also been sailing to the Celestial Empire. In Shanghai and Guangzhou, neighborhoods have grown by leaps and bounds, where prayers are raised from the minarets and women with closed faces walk.

“At first, the Chinese government did not attach any importance to this,” says Shanghai journalist Zi Kaifeng. - It was very easy to get a visa; documents on the border were almost not checked. However, when the indigenous population began to lose their jobs, attitudes toward immigrants changed dramatically. Now, the PRC visa is comparable to Schengen in complexity: you need to provide papers from work, a bank statement, a salary certificate and hotel reservations - there used to be a photo and a short questionnaire. Unemployed tourists may be completely denied entry to China. The authorities are building a wall with barbed wire and electronic sensors on the border with North Korea and are planning to build the exact same wall next to Vietnam. The “Headhunting” telephone line is open: a Chinese who will help in catching an illegal, will receive 100 yuan (520 rubles. - Auth.) - and the devices are broken by calls.

First, the police in China almost did not check passports with foreigners, but now this happens more and more often. Recently, a patrolman on the outskirts of Guangzhou demanded documents from me, and even called the Public Security Bureau, carefully checking the visa number. Often, a campaign of “100 days of dispersal” is conducted in the PRC: intelligence services make raids and searches in immigrant areas, catching “devils” - this is the name for guest workers in the jargon. Last year, 200 thousand (!) People were deported from China - among them are citizens of prosperous USA and Great Britain. They enter on a tourist visa and remain illegal to work as teachers of English in private schools in the PRC. Salary is higher there than in Europe and America. A year ago, the police arrested a British man for attempting to rape an 16-year-old Chinese woman. During a search of his apartment, it turned out that they were living there illegally ... more 20 Englishmen! Well, just like in Russia with the Uzbek janitors.

From January 1, 2014 is supposed to impose imprisonment and heavy monetary penalties in the People's Republic of China for those who illegally rent housing to immigrants. Foreigners wishing to rent an apartment in China will be required to first provide a long-term visa and a decent Chinese bank account.

"We will just burn their quarters"

“Personally, the Vietnamese are the ones who bother me the most,” 19 is a year-old Guangzhou student Fei Bao. - They fought with China for their independence for a thousand years, and now they come to us, sew clothes in factories for $ 200 per month. From visitors from India do not breathe. They take so little for their work that even the poor peasants in the provinces began to hire Indians to harvest rice. For illegal immigrants dig giant underground dormitories, so that the police did not find. I am glad that the authorities began to take draconian measures, but that should have been done earlier.

... Unlike Russia, migrant workers in China behave quieter than water, lower than grass. Do not rob and do not rob. I asked the Chinese people: what will happen if, as in Biryulyov, the visitor kills the guy who stood up for the girl? The answer was unequivocal: "We will burn all the immigrant quarters: they know and fear."