Stratfor: 2014 year will be critical for Russia 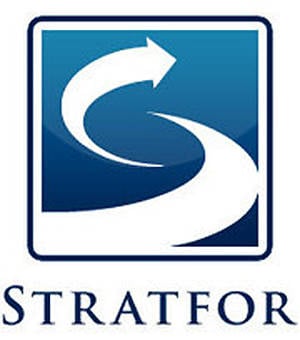 
In the forecast of the American non-state analytical center Stratfor, Russia appears to be a global power, striving to retain the old and build new positions in the world, flexible in foreign economic strategy and capable of diplomatic policy compromises.

Europe will prefer confrontational concessions to Russia in all areas, Germany will become a mediator in solving the most difficult issues. Russia's positions will improve in the Middle East and in relations with China and Japan.

Moscow will be able to prevent the rapprochement of Georgia and Moldova with the European Union, maintain and strengthen its influence in Azerbaijan and Armenia, have a significant impact on the presidential elections in Ukraine at the beginning of 2015, and the Eurasian Partnership project will be strengthened and expanded at the expense of the countries of Central Asia. For all of this, Russia has one year — 2014 — as long as the United States is absorbed in negotiations with Iran.

“Russia has a limited amount of time before the US takes advantage of detente with Iran (which will ease their burden in the Middle East) and pay attention to other regions of the world, including those neighboring Russia. Although Russia will continue to try to control the levers in the Middle East in order to secretly complicate US plans in the region, it will not be able to interfere with the treaty between Washington and Tehran, ”the document says.

Paul Goble (CIA), an analyst at the Central Intelligence Agency, is skeptical about the geopolitical role of Russia. In his opinion, Stratfor traditionally exaggerates the scale of Russia's influence in the world.

“As usual, Stratfor suffers from a fundamental misunderstanding of the situation, representing Russia's efforts inevitably doomed to success. They tend to confuse flatulence with real influence. As a result, in their analyzes, Moscow looks stronger than it actually is, and the West looks weaker. I do not think that Moscow will be more successful in the “near abroad” this year than it has ever been before, ”Dr. Goble told Voice of America.

Instability in the Kremlin and on the streets

At the same time, analysts at Stratfor say, inside the country, the leadership of Russia faces equally serious challenges: disagreements within the Kremlin, economic instability and growing “autocracy” of Vladimir Putin will serve as a bad tool for sustainable stability.

Russia, according to the authors of the document, is moving towards a more authoritarian regime. The concentration of power in the hands of one leader in the long run will play against stability in Russia.

“The tools used by Russian President Vladimir Putin to resurrect the Russian state are worn out. An unhealthy economy will contribute to social unrest in Russia, while state mechanisms traditionally used to control these unrest lose their influence. Putin will be able to cope with growing instability in the Kremlin and on the streets, but in the process, he will make the state more dependent on himself and thus more vulnerable in the long run, ”Stratfor analysis says.

According to Stratfor experts, stagnation in the economy will force Russia to look for an alternative to vulnerable energy-oriented economic policies. Russia's energy sector will continue to move away from the monolithic state block, which is almost entirely focused on Europe, to more competitive forms, although the state influence will remain strong. There will be more players in the industry, such as Novatek, able to compete with Gazprom and sell raw materials to a more diversified client base.

The Kremlin will have to make political reforms in 2014 to support non-energy sectors of the economy, in particular, the mining, metallurgy, construction, food and automotive industries. This initiative, Stratfor predicts, will lead to limited progress in the short term, but for this, the authorities will be forced to loosen limits on investment policy in order to make these sectors more attractive to potential investors.

“The restructuring of the economy,” the report's authors write, “will invariably lead to even greater competition between the Kremlin clans and, possibly, major government shifts, while Putin is trying to combine the management of various factions within the Kremlin with attempts to tame a disillusioned population.”

However, according to the expert of the Center for Strategic and International Studies, Janusz Bugajski (CSIS), the Stratfor analysis does not mention many of Russia's internal problems.

“The Stratfor forecast ignores a number of important components of the growing domestic crisis in Russia, including the escalation of regional unrest, the wave of ethnic revival, religious polarization of society and the growth of separatist sentiments. While the North Caucasus remains a powder keg of Russia, the futsal conflict cord stretched across the entire Russian Federation - from Kaliningrad and the Middle Volga region to Siberia and the Far East, ”Bugayski told Voice of America.

In foreign policy, as noted above, Stratfor predicts the strengthening of Russia's position on virtually "all fronts." Although there will be unpleasant moments for the Kremlin, for example, Washington’s rapprochement with Tehran is a political move that will affect the alignment of forces not only in the Middle East region, but also on the entire planet, experts of Stratfor believe.

“Russia is nervous,” the document says, “because it understands that this rapprochement is not in its favor, it will try to quietly interfere with US plans, but it will not succeed in stopping the process. Russia will try to extract the greatest benefit from this unsuccessful combination - to force Washington to abandon European missile defense under the pretext that Iran’s military threat no longer exists. In this maneuver, Moscow will try to use relations with Berlin to create a coalition of opponents of the deployment of NATO ballistic missiles in Europe. The United States will try to avoid confrontation with Russia, but Washington will not compromise on the European missile defense plan, since such concessions are not for the good of the US allies in Eastern Europe. ”

Relations with Berlin will take a leading role for Russia’s positions in Europe, but both countries will pursue their own policies both in terms of energy strategy and in their policy towards the countries of the former USSR, mostly Ukraine, the analytical center predicts.

Gazprom will most likely have to give up in prices to European consumers, in order, first, to break through the antitrust probe of the Eurozone, and, second, to achieve the legitimation of South Stream.

Russia will try to consolidate the successes achieved in the past year in the countries of the former USSR. This year for Ukraine will be unstable with variable activity of political protests. However, Kiev will remain under the economic and political influence of Russia until the presidential elections scheduled for the beginning of the 2015 year. The West will support opposition leaders, such as Vitali Klitschko, but Russia will be able to maintain its dominant influence in Ukraine.

Moldova and Georgia will be key points of confrontation between Russia and the West. These countries can expect the same political and economic pressure faced by Ukraine from Russia, which will make maximum efforts to prevent their further rapprochement with the European Union, experts at Stratfor say.

Russia will be too busy with Ukraine to take such a tough stance on Georgia and Moldova, objected by the President of the Jamestown Foundation in Washington, Glen Howard, The Jamestown Foundation. In his opinion, Vladimir Putin’s attempts to retain influence in the post-Soviet states threaten the security of his own positions in the Kremlin.

“In the short term, Moscow will adhere to the tactics chosen for Ukraine until Putin consolidates his position on the absorption of Ukraine and the reincarnation of the Customs Union,” said an expert in commentary for Voice of America.

However, as Howard notes, there are two trends that were observed at the end of 2013: first, Belarus and Kazakhstan publicly showed that they do not value membership in the Customs Union too much; secondly, criticism of the last agreement on the allocation of financial assistance to Ukraine signed by Putin appeared in Russia.

“The call of Navalny,“ enough to feed the Caucasus, ”has now begun to be crowded out with another appeal -“ enough to feed Ukraine, ”says Howard. “If the Russians wake up and feel that their country is buying back Ukraine, just like Germany bought Greece, then Putin may start having serious problems at home, especially during the economic downturn in Russia.”

According to Howard, Georgia’s admission to the European Union is much more powerful than in Ukraine, and even if “Vladimir Putin makes an attempt to use the same pressure as in Ukraine, his efforts will end in failure.”

Russia's western neighbors - the Baltic countries - will make progress in striving for energy independence from Moscow with the introduction of a terminal for the import of liquefied natural gas in Lithuania at the end of 2014, Stratfor predicts. At the same time, the Baltic countries will continue to struggle to obtain security commitments, which they expect from NATO and the US in the face of more “aggressive military posturing” of Russia in the region.

Russia will maintain strong positions in all three Caucasian states this year, although the US-Iran negotiations will open the door for the gradual revitalization of Iran and Turkey in the region. Iran will seek to increase social and political influence in Azerbaijan, while Turkey will try to mediate in the negotiations between Armenia and Azerbaijan on Nagorno-Karabakh in an attempt to resume relations with Armenia. Nevertheless, both Turkey and Iran should solve too serious tasks in other areas this year in order to achieve significant progress in the Caucasus, which will allow Russia to retain a dominant role in the region.

In an effort to expand its energy clientele beyond Europe, Moscow will deepen its relations in the Asia-Pacific region. Russian oil deals with Asian customers are already taking place, and this year Moscow will begin building infrastructure for the supply of natural gas to Asia.

China’s growing interest in Central Asia will “irritate” Moscow, Stratfor experts believe, but Russia will avoid confrontation in order to secure major energy deals with China. At the same time, Russia will gradually try to create a counterbalance to China through the warming of relations with Japan and South Korea.

Russian-Japanese relations will be particularly important in the 2014 year, when both states take concrete steps to reach a peace treaty in a territorial dispute. This will open the way for major transactions, including security cooperation, the export of Russian energy to Japan and Japanese investment in Russia.

The withdrawal of US troops from Afghanistan will lead to a gradual outflow of militants, which will exacerbate the already tense security situation in Central Asia. Deterioration of security in Central Asia will be phased, not sudden and significant destabilization. Border tensions and violence in Uzbekistan, Kyrgyzstan and Tajikistan will continue to pose a threat in the region.