January 13 2014
74
January 2014 of the year. Passenger train 320-th Moscow-Dushanbe. Seasonal schedule - 3 departure from Moscow in a week, the same number of trips from the capital of Tajikistan to Moscow. A second-class ticket price is about 7,5-8 thousand rubles. The price of the seat in the compartment car is 25-30% higher. The train does not find much demand among passengers. If the compartment carriages are filled with 80%, then the second-class cars go almost empty - with 300-400 available seats, which for such a train several years ago was difficult to imagine. People went to Moscow and back, taking up not only all the existing regulated places in the cars, but also (by hook or by crook) almost the “third” shelves of the carriage compartments, regardless of the season, temperature “overboard”, economic crises and other the details. 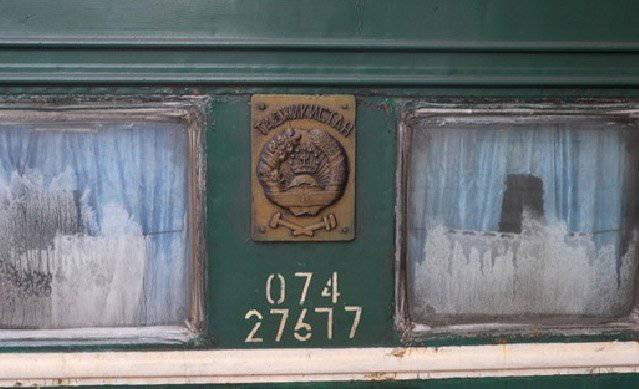 On the features of one of the main "migrant routes" we talk with the guide Aidar. According to him, not only seasonal, but also other reasons for the fact that the trains go half-empty affect. One of the reasons mentioned by the Tajik Railways employee is that the train crosses several borders (Russian-Kazakh, Kazakh-Uzbek, Uzbek-Turkmen, a few kilometers of Turkmen-Uzbek and only after Tajikistan) on the way. Each “meeting” of the train with the border of course, accompanied by raids of border services of various states. At the same time, according to the words of a Tajik conductor, for the last year border control, along with accompanying checks by immigration, It is noteworthy that the most stringent control of the train assigned to the Tajik Railways company is not conducted by the Russian inspection services, as one might expect, but by the Central Asian neighbors of Tajikistan. zeal manifests itself, according to the conductor, at the Uzbek border. Apparently, a kind of migration competition, in which there is some advantage due to geographic proximity to the Russian Federation and Parts Required passing TCDD trains through the territory of Uzbekistan to Tajikistan has.

Of the four days during which the railway “journey” of an ordinary Tajik migrant continues, the train spends about a day “in standby” mode — the machinists are waiting for all the structures listed above to complete their work.

The 320 passenger train conductor pays attention to the condition of the train. Honestly, this state of attention is drawn by itself after the very first steps in the car. The rubber seal is almost completely absent on the windows; plastic canopies are rarely found above the central aisle and inside the carriage compartments - instead of them “bare” lamps and tangled wires hang from the ceiling. The metal flaps in the toilet compartments are bent or absent altogether, the wagon "accessories", in which passengers usually place their belongings over the shelves, are torn up by the root, the upholstery of the shelves is partially cut. The first impression is that the relatively new carriage is simply “killed” by passengers. 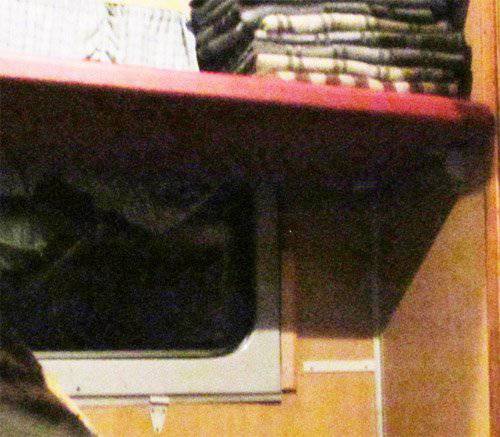 Window of the car with torn seal

An interesting detail is found out: wagons are being “killed” in approximately 2-3 years after major repairs or direct operation on this route, not only by excessively active actions of some passengers, but also by representatives of the inspection bodies of five states at once: directly from Tajikistan, Uzbekistan, Turkmenistan , Kazakhstan and the Russian Federation. The main goal is, naturally, the search for narcotic drugs and explosives in any places where such means and substances could be placed. The route of the train runs through quite, let's say, specific territories, and therefore each new customs control point promises its own “shaking up” of the train and its “inhabitants”.

It is obvious that the total check of the “migrant express” is a forced measure, most of the passengers are perfectly aware of the situation, and there is no talk of any kind of mass grumble. And does it make sense to grumble to people who are already accustomed to receive income outside of their home state. There is no grumbling, especially when a migrant has a choice. What is the choice?

The fact is that instead of 4 days of an “exciting” journey in a carriage in which, even after a good warming, the cold wind walks “like at home”, and ice can also appear on the windows from the inside, the average Tajik migrant chooses several hours of flight . Today, 7-8 flights depart daily from the Russian capital to the capital of Tajikistan and back. AND aviation the sides, unlike the railroad cars, by labor (legal and illegal) migrants are clogged, as they say, to the eyeballs. The price of a ticket from Dushanbe to Domodedovo or Vnukovo is on average about 10-11 thousand rubles, which is exactly the same as the price of a ticket for a seat in a compartment car.

The conductor Aidar claims that even much more expensive air tickets (at the price of 18-20 thousand rubles) are bought up quite actively, unlike train tickets, precisely because the passengers quote: "Do not want to get involved with customs" - here there is actually one check - and then flight over all borders without migrant “shocks”. At the same time, he notes that the solvency of many Tajik migrants has increased, and many have ceased to frankly openly, preferring to buy a plane ticket, rather than shaking in a torn carriage for four days. On the question of how many "banned persons" representatives of the inspection services find while inspecting the train, the conductor, after a short silence, replied: “Usually they find nothing, because all this ban has been going back and forth for a long time by other routes.”. What kind of routes? - said nothing ...

For reference: following the results of 2013 of the year, operational services seized more than 100 kg of drugs in the Dushanbe-Moscow train.

It turns out that not all are switching to “other routes” ...

At the time of the conversation, when the train was on the territory of the Ryazan region, the FMS officers entered the car and demanded that the 12 passengers with Tajik passports show registration documents. For two passengers, documents allowing their stay on the territory of the Russian Federation were overdue by about a month, and the FMS staff, after long altercations by guests from “sunny” Tajikistan, took the latter with them.
Samir (one of the passengers of the train called himself) on the question of what will now happen to those who are “gone” answered that they would be fined, or quote: “they will agree fraternally”. About half an hour later, the migrants again found themselves in their places, reluctantly telling that this was only the beginning, and that things would be much more difficult when the transport police of Uzbekistan checked the documents. To the question of what made them stay in Russia for another month (after the allowed period of stay expired), one of the actual violators of Russian legislation answered with a smile: "New Year"...

Reflecting on what the train expects when checking by Uzbek transport policemen, the conductor noted that soon the quote: “everything will be better”. In 2015, it is planned to implement a project to build a railway line between Tajikistan and Turkmenistan through northern Afghanistan - bypassing Uzbekistan. 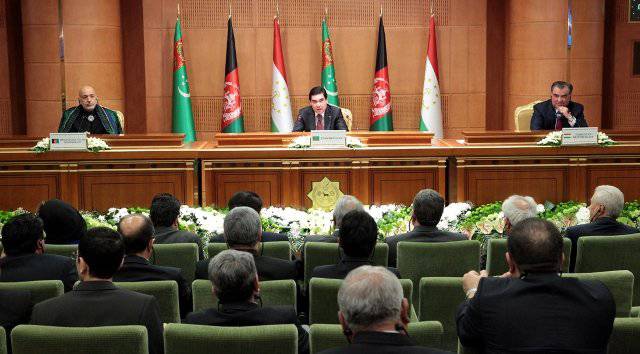 When asked whether it would be easier to resolve border issues with Uzbekistan, the guide Aydar rounded his eyes, saying that now it is simply impossible to reach an agreement with Tashkent - it is easier to reach an agreement with Afghanistan. Security issues, apparently, in this case, no one takes into account, although this year should be a large-scale withdrawal of ISAF troops from Afghanistan and the future of the authorities of this country is a big question.

The conductor noted that as soon as the railway through the Afghan territory is built, ticket prices will drop significantly (Uzbekistan this year, according to the same Aydar, raised the transit fee by 50%), and the travel time will be reduced, and therefore the Tajik passengers will return to the trains en masse again.

Do the “torments” of Tajik migrants on trains to and from Russia excite residents of the Russian Federation itself? They are only worried about how clearly our legislation will work in relation to migrants, and how well-prepared migrant workers are to comply with this legislation. If we believe the governor of the Moscow region, Andrei Vorobyov, then in the Moscow region alone about a million and a half illegal migrants live and conduct this or that activity. These are people with overdue migration cards, lack of a work permit, people who have “lost” documents. In Russia as a whole, the number of “labor illegals” is estimated at about 3,5 million people (FMS data).

Ctrl Enter
Noticed oshЫbku Highlight text and press. Ctrl + Enter
We are
Where should Tajikistan put its independence? ..Why Uzbeks and Tajiks do not take the world
Military Reviewin Yandex News
Military Reviewin Google News
74 comments
Information
Dear reader, to leave comments on the publication, you must sign in.