Gas consortium: to be or not to be? 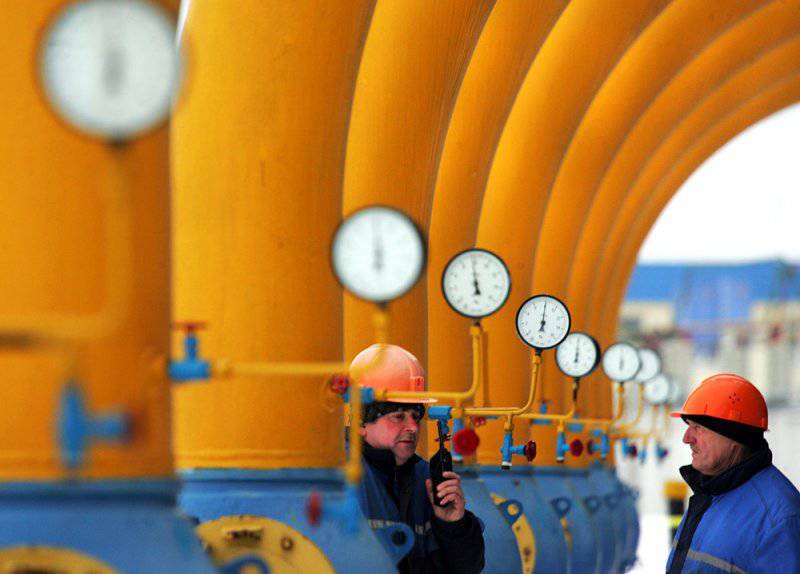 One of the most difficult and controversial issues in relations between Ukraine and Russia is the issue of creating a gas consortium. However, as experts believe, this issue can be resolved already in the coming year. The same experts note that such a step will make it possible to stop the constant gas conflicts and interruptions in the transit of blue fuel to Europe, and in addition, it will help to a certain extent to modernize the Ukrainian gas transmission system.

The creation of a joint gas consortium has been repeated by representatives of both countries for more than a year. However, for all this time, the parties have not been able to agree. The Ukrainian side demanded to review gas contracts for gas supplies, as well as to discuss the issue of the entry of European companies into the gas consortium. It is quite obvious that the Russian Gazprom could not even agree with the last requirement theoretically, because this would have made the project too risky and unprofitable for the Russian side.

Earlier, the European Commission also announced the possibility of participation in the management of the Ukrainian gas transportation system, but at the same time Ukraine was promised only ten percent of the funds needed for the modernization, and then on credit.

Not finding a compromise in the negotiations, the Ukrainian authorities decided to take a very unusual and somewhat risky step: they declared their intention to invest in the Trans-Anatolian gas pipeline, which was supposed to be used to supply Caspian gas to Europe and Turkey. Thus, Kiev almost left Europe without Russian gas.

However, it is not entirely clear what investments can be spoken about, if the Ukrainian Naftogaz is now in fact a semi-bankrupt. In addition, a statement on possible investment was made at a time when another gas conflict was not fully settled between the Ukrainian and Russian sides. Its essence was that Ukraine in the person of Deputy Prime Minister Y. Boyko announced its intention to abandon the purchase of significant volumes of Russian fuel and use the gas reserves that are in underground storage facilities. Obviously, such a bold decision of Ukrainian officials was dictated by weather conditions, because at the time of its adoption, the weather was rather warm in Ukraine. But seriously speaking, it should be noted that for the needs of Ukraine itself the gas stored in the storage facilities would be quite enough. But in this case there is no point in talking about transit.

Thus, the Ukrainian side violated the terms of the gas contract regarding the minimum purchase volumes, almost completely repeating the events of 2009, when, due to the next gas conflict between the Ukrainian and Russian sides, almost two dozen European countries were left without gas for several days. Fortunately, this time everything worked out.

In December last year, the Russian concern gave Ukraine a thirty percent discount on fuel. This enabled Ukraine at the beginning of 2014 to fully abandon the more expensive reverse gas supplies from Poland and Hungary. Currently, negotiations between Moscow and Kiev have resumed. According to Sergey Pravosudov, Director of the Institute of National Energy, there is a high probability that the parties will be able to find a compromise. According to him, the topic of gas supplies has been discussed for almost ten years. And as soon as Gazprom lowered the price of gas for Ukraine, it became obvious that in return, the Russian concern would ask for the transfer of certain specific assets to it. Ukrainian authorities began to talk about the fact that they are ready to consider the idea of ​​creating a joint gas consortium, even without Europeans. However, the expert believes, this was to be expected, because Europe in this matter did not do anything for Kiev - neither cheap fuel, nor money. That is why, said Pravosudov, it is quite possible that already in 2014, the agreement between Ukraine and Russia will be signed.

As for European representatives, then, as the expert notes, the only company that practically considered the possibility of joining the consortium was the German E.On, which for a long period was a partner of the Russians. But this company is still only ready to become an observer of the creation process. At the initial stage, the gas consortium will be bilateral. In this case, the scheme will be extremely simple: one side has a pipe, the other has gas, which will be transported through this pipe. Therefore, at present it is difficult to imagine what role in this scheme can be assigned to European companies that buy Russian fuel.

Experts are confident that the creation of a consortium will provide an opportunity to solve several important problems. Firstly, the Ukrainian side will receive enough funds to upgrade its gas transmission system, which needs urgent repairs. Secondly, the creation of a consortium will solve the problem of pipe filling, as well as its break-even work after 2015, at the time for which Russia planned to launch the South Stream, through which fuel will flow to Europe bypassing Ukraine. According to Dmitry Aleksandrov, head of the analytical department of the UNIVER Capital investment group, in the event a joint gas consortium is created, Russian Gazprom will receive certain guarantees that the Ukrainian gas transportation system will continuously carry out gas transit. Therefore, for the Russian side, the expert is sure, it is very important to have full control over the work of the Ukrainian GTS. If we talk about financial gain, then here is not all clear. However, on condition that the Ukrainian economy recovers, the financial benefit for the Russian concern can be quite substantial.

In addition, Alexandrov notes, the creation of a joint consortium will provide an opportunity to set low contract prices for fuel for the Ukrainian side, which will be beneficial for the Ukrainian economy, since gas sales to the public and enterprises will be breakeven.

In such a situation, the question arises: will Ukraine agree to have Gazprom control its gas transportation system? The answer is obvious: no. This was stated by Deputy Prime Minister Y.Boyko. He noted that the Ukrainian government took a clear position: the creation of a consortium solely on parity terms.

And again, opinions diverged ... Negotiations continue, and the outcome of them is difficult to determine, because none of the parties wants to retreat from their demands. I would like to hope that the parties still manage to reach an agreement before the Ukrainian gas transmission system turns into a pile of scrap metal ...

Ctrl Enter
Noticed oshЫbku Highlight text and press. Ctrl + Enter
We are
Dmitry Medvedev. Russia and Ukraine: life under the new rulesAzarov lit up with a "new" gas idea, or "UkrKubyshka-2"
Military Reviewin Yandex News
Military Reviewin Google News
10 comments
Information
Dear reader, to leave comments on the publication, you must sign in.