New Corvette for the Russian Navy? 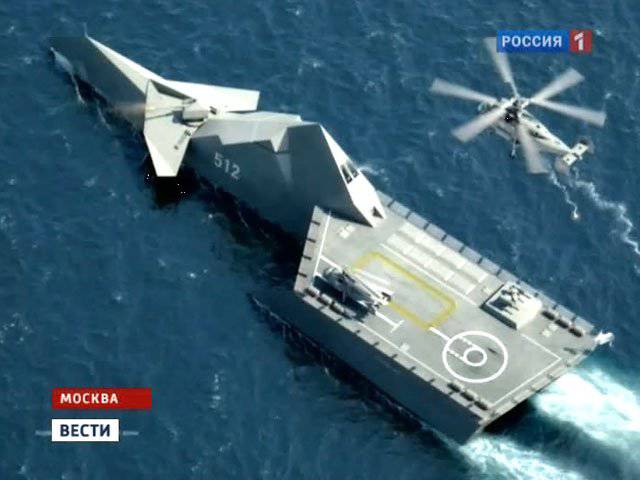 These were the conditions of the competition:

The futuristic appearance of the corvette should be a single platform that can transform depending on the performance of the above functions. The platform should have contours that significantly reduce its effective area of ​​dispersion (implementation of “Stealth” technologies) and can be performed both in single-hull and multi-hull versions (catamaran, trimaran), including using different dynamic maintenance principles (on hydrofoil , air cushion, air cavern, etc.).

So who developed the project? 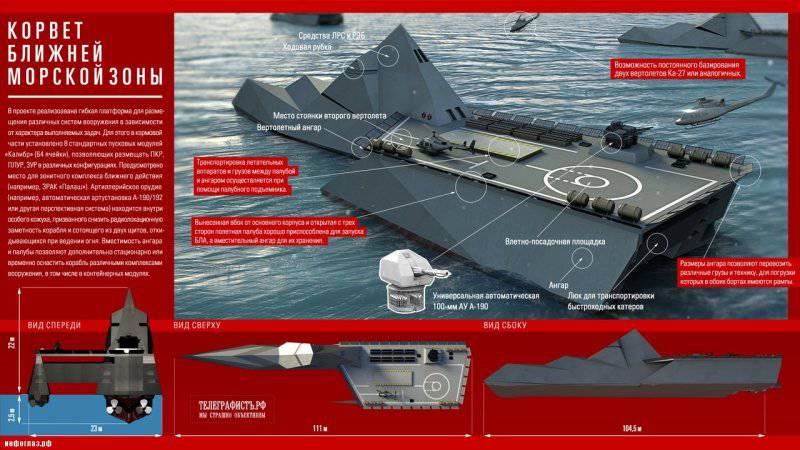 Here, many have noticed American helicopters, well, here's a fresh schedule for you 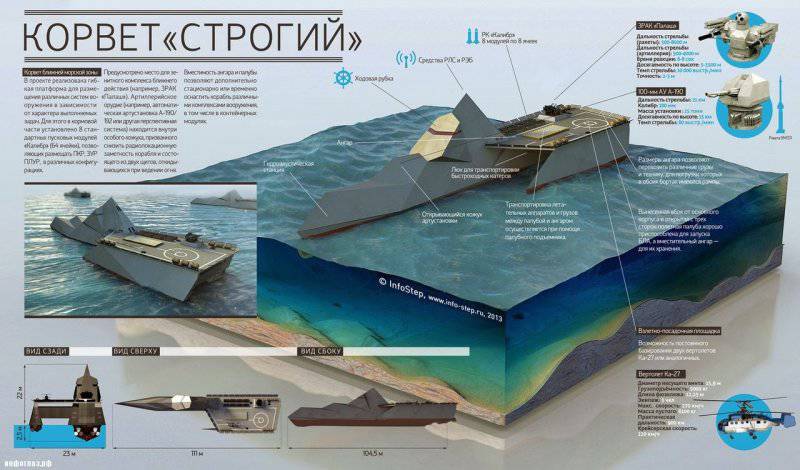 In 2011, the best samples of Russian warships and weapons were presented at the Fifth International Navy Salon (IMDS 2011) in St. Petersburg.

It was argued that the future of the Russian naval fleet -corvette of the near sea zone "Strict". They plan to make an asymmetric catamaran using the STELS technology - invisible to enemy radars.

The Corvette will be able to carry on board two heavy helicopters, it will be equipped with the most modern shock weapons - cruise missiles and artillery systems.

“This ship is distinguished not only by the futuristic appearance, which is unfamiliar to the eye, but also by fundamentally new materials,” said Roman Trotsenko, president of the Russian United Shipbuilding Corporation (USC). 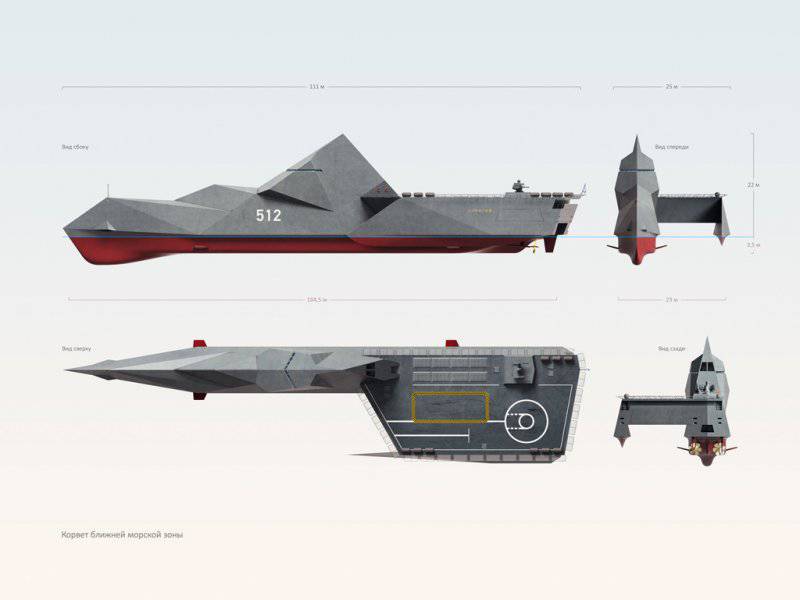 On the helipad of the corvette is a heavy helicopter that has proven itself well. Of interesting solutions is a carbon fiber superstructure, which is made using the casting method, and the ship's reflection on the instruments is about the same as that of a small vessel with a length of 30 meters.

The outer futuristic appearance of the corvette of the near-sea zone (on the photo) for the Russian Navy was developed by the winners of the USC competition, designers Alexey Boguslavsky and Yevgeny Kazantsev. The asymmetric catamaran in their performance impressed the jury so much that the experts could not find any significant flaws in the project.

It was the armament, low visibility, fleetness and unusual layout that made their corvette inaccessible to competitors. And their landing ship in their nomination became the third.

Alexey specializes in watch design, Eugene - in web design, and this naval experience for both was the first. But success is explained simply by a long-standing, since childhood, love for everything connected with the sea.

President of the United Shipbuilding Corporation Roman Trotsenko, awarding the winners, admitted that many of the projects were a real technological breakthrough. The ship was supposed to be operational before the 2020 of the year (standard date ...)