Ideological work as it is. Poles teach Russians to overcome imperial consciousness 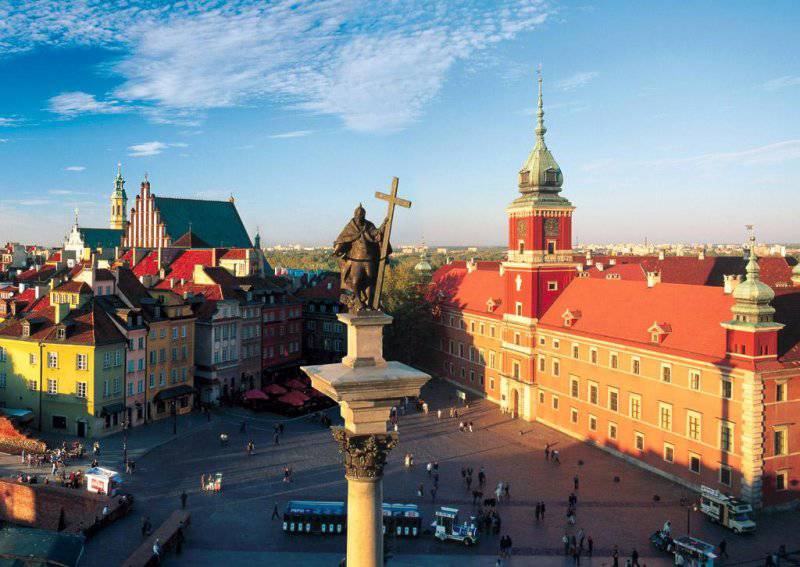 We continue to talk about the ideological technologies used by foreign partners to Russia. This time - on a detailed example. He illustrates how one of the holders of the "Eastern policy" - Poland - is used to introduce an extremely specific worldview into the Russian academic circles.


Shortly before the New Year, the last series of the Russian-Polish program was completed at the University of Warsaw, with the academic Academy Academic in Public Discourse saying nothing to anyone.

Theoretically, the meaning of the program can be tried to understand from the texts. the official sitebut exactly what is theoretically: “... The project is aimed at creating strong bridges between the Polish and Russian academic communities in the course of an intensive dialogue with other participants in the public comment. We are convinced that such a dialogue can contribute to long-term cooperation arising from natural necessity. ”

In fact, the project is the following. With the money of the Soros Foundation Institute The interdisciplinary education “Artes liberales”, based at the University of Warsaw, gathers prominent humanities scholars from Russia and Poland every three months every three years. About a hundred students from Russia and Ukraine are also invited to participate in each session (the author turned out to be one of them. Taking into account what I am writing now, they will no longer invite you). Organizers incur all expenses. Meetings are held in the so-called format. "Debates" on the most pressing issues of Russian-Polish relations.

At the last session, topics were discussed:

- search for new identity in Russia and Poland,

- social responsibility of the intelligentsia and

- (Suddenly) the situation of the indigenous peoples of Siberia.

That is, people responsible for the formation of fashionable Russian historiosophical and political discourse, with access to the central media, forming the students' worldview.

Representatives of the Polish academic environment, writers, historians received guests. For example, the former Minister of Foreign Affairs of Poland, a member of the expert group of NATO on new strategic concepts, the Commissioner for Euro-Atlantic security - Adam Rotfeld.

From the very beginning I will note: the event was not a “debate”. The position of both sides was decidedly one. The difference was perhaps that in the heat of the exposure of backward Russia, in which sometimes Poles overtook our compatriots, and sometimes compatriots overtook Poles.

So, the main topics and theses:

1) “Post-Communist Russia in Search of a New Identity”.

We still live in Soviet Russia, which alienates evil and sin to the outside; The 20th CPSU Congress was Russian Nuremberg — repentance, but Stalin did not remain in the past, but dissolved in the future; the current situation is reminiscent of the times of the Weimar Republic; ideas of liberalism are not recognized by Russian ideas, and everything else is a search for retrospective utopia, not a search for identity.

2) "Role historical memory for the formation of national identity. "

In 90, Russia had European democratic perspectives, the government began to deny and start from the Soviet past, but citizens dispersed in their own search for identity, where the past caught up with them; the Soviet past won because we continue to live in Soviet cities, with Soviet monuments and watch Soviet cinema on TV; all bright prospects of the capitalist future were cut off; we run farther and farther into our patriarchal archaic past.

Under communism, the Poles, too, were “homo sovietus,” loyal to any power, non-subject; Solidarity has emerged in 1980 and civil identity has begun to emerge; in 1981, after entering martial law, the starting point for the formation of identity appeared - “for” or “against” the system; 1989 held a referendum election; the decline of the communist space has opened up spaces for the formation of a new identity; Polish and European identities coexist well; even older people are now dominated by Polish rather than Soviet identity.

But the Russians, instead of searching for identity, build mythical ideological constructions, are busy with restoration; The Petrine version of the breakthrough reforms will not work today, because Europe speaks with Russia in one voice, and you will not play it; Russians have no common civilization base; in 90, society revived, but then Sovietism woke up in it and it got scared again.

Theme: "The status of the writer, literary centrism as a political factor in modern Russia."

Repentance of the Russian delegates: Russia has never been the most reading country (we are not Holland), but the status of a writer is incredibly high and turns into a political factor; Russian writers (from Simeon of Polotsk to Akunin) gradually began to perceive themselves as intercessors from the public before the authorities, they taught the rulers; when everything collapsed in 90, the institute of writers remained standing; Since 90 for 20 years, not a single civil society institution has emerged in Russia, except for the institute of writers; the general Moscow walk of the democratic public in the face of writers - protest ideologues - Akunin, Ulitskaya, Bykov, Rubinstein was very significant; Akunin turned from a novelist into a historian, and letters from Tolokonnikova from the camp are perceived today as Herzen's literary epistles; what to do with this unkillable institution is unknown ...

Comments by the Polish hosts of the event: both Russia and Poland have great literature and writers who created the ideas of freedom, but in Russia they were not listened to, and in Poland they listened.

The Siberian question among Eastern Europeans is marked with special attention. According to him, in Poland there are even separate meetings called “Siberian Challenges”, “Siberia: the load of the past, future challenges”, and this time - “Indigenous peoples of Siberia: an ontological study”.

Specially selected and invited colleagues from Siberian universities (ethnic Yakuts and Buryats) performed so brightly that even Ukrainian students were amazed at such an anti-imperial intensity. The owners, however, liked it.

The theme of the Siberian part was: “Can the indigenous peoples of Siberia act as subjects responsible for their fates? How will they live? To live or to survive?

Ulyana Vinokurova, professor of the AGIIC: “Most Siberian peoples have no chance of reproduction; these peoples have no rights or political subjectivity; from 42 peoples, the number grows only among the Nenets; there is a strong Russification, in many localities there are no schools, and there is no university in the YNAO; self-management resources do not exist; the surviving nations will live while the Russians fail to modernize the region. ”

Ivan Peshkov from Adam Mitskevich University: “The status of“ indigenous people ”differs from the status of“ diaspora ”only in neutral perception; this status in Russia gives dysfunctional benefits and risks; Siberia is the frontier zone of the United States in the North and China in the South; Siberia is an object of administrative planning, the authorities are constantly trying to turn nomads into sedentary, into Christians; peoples do not have land rights, but their treasury and bureaucracy have them, so tsarist Russia 200 lived for years dependent on deer-breeders and hunters; The north of Siberia is suffering blows and bears the costs of an unsuccessful modernization project. ”

Andrei Bazarov, head of the department of theology of BSU: “from the XVII to XIX centuries. there was a suppression of the Buryat Buddhist bookishness (the basis of identity), and in Soviet times it was almost completely destroyed; Siberian peoples have no chance of survival under any form of dictatorship; the only way out is to form civil communities. ”

Comments to the performances were no less entertaining: “Yakuts are already living with migrants, and when they are asked why you are living with Uzbeks, they say that they come home with a package, they carry dinner, so the Russians would learn from them”; "We here in Poland have already made a nest, the Polish view of the world is the image of the future that Siberia is looking for, Poland is from the Atlantic to Kamchatka - we don’t mind."

In just three years the project has been discussed (I give the official wording):

Ctrl Enter
Noticed oshЫbku Highlight text and press. Ctrl + Enter
We are
A great interview with Sergey Lavrov: about Ukraine, Obama and IranInterview by President Bashar Al-Assad to the Sunday Times
Military Reviewin Yandex News
Military Reviewin Google News
122 comments
Information
Dear reader, to leave comments on the publication, you must sign in.