The resettlement program: why Russians move to Russia past the state 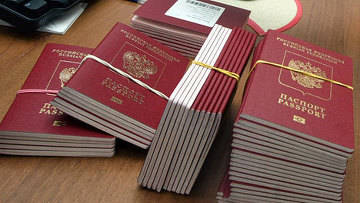 The published FMS monitoring of the implementation of the program for the voluntary resettlement of compatriots to Russia paints a disappointing picture. This year, almost half as many immigrants arrived in the Russian Federation than in the previous year. Since the FMS statistics covers a long period, it is obvious that the migration activity of compatriots has noticeably decreased. It's time to think - why?

In the FMS monitoring, several indicators are monitored, the main ones being the number of applications for participation in the resettlement program, as well as the actual compatriots and their family members. The number of applications is not equal to the number of immigrants. After receiving applications and questionnaires are sent to the regions participating in the resettlement program (according to the FMS - 40 subjects of the Russian Federation), which have their own programs and consider documents for compliance with their requirements (first of all - existing vacancies). If the candidate does not meet the criteria of the region for education and qualifications, he will be refused.

With statements this year, everything is more or less in order, but the number of immigrants themselves is much less than in the previous one. According to the FMS, on 1 of October, 141,3 thousands of questionnaires were taken on 311,6 thousands of people (along with family members). A total of 1 thousand immigrants and their family members arrived on the territory of Russia to 146,7 October, including 2013 thousand, or 21,3% from last year’s level in 57,1. That is, the number of immigrants this year was twice lower than last year. The results of the third quarter look especially depressing, when only 6,1 thousand people moved to Russia. - less than a third of last year’s level.

If the data of the third quarter can still be attributed to the action of some short-term conjuncture factors, then a two-fold drop in the number of immigrants during the year does not fit this logic. Perhaps the transition from the old to the new version of the program played a role. However, the resettlement plans were not fulfilled even in its previous edition - it was planned to resettle compatriots to Russia in the hundreds of thousands. In 2006, the director of the Federal Migration Service, K. Romodanovsky, said that in the next three years, Russia is ready to accept 300 thousands of compatriots. In 2007 – 2012 it was planned to resettle 700 thousand people in the Russian Federation, but in reality only 125 thousand arrived. The reality turned out to be more than five times more modest than the declared plans.

14 September 2012 Mr. V. Putin signed a decree introducing a new compatriots resettlement program, which, unlike the previous program, has become indefinite. Novelty is not only in perpetuity, in its conditions there have also been significant changes. Compatriots can now choose a place of residence, not focusing only on existing vacancies. The entire territory of the program, and not its individual regions, as before, became the territory of the invasion. Instead of the previous three, the new program divides the subjects of the Russian Federation into two categories - ordinary and priority. The regions of priority settlement include only the Far East regions: Buryatia, Zabaykalsky, Kamchatsky, Primorsky, Khabarovsky krais, Amurskaya, Irkutskaya, Magadanskaya, Sakhalin oblasts and Jewish Autonomous Region. Those who move to these regions have significantly increased the amount of lifting - 240 thousand rubles. head of the family and 120 thousand for each of its members. Relocating to other subjects of the Russian Federation will receive all 20 thousand for the head of the family and for 10 thousand for all the others. The circle of family members, which now includes not only the wife (husband) and children, but also the parents of both spouses, their sisters and brothers with children, grandmothers, grandfathers and grandchildren, has also been markedly expanded.

The Ministry of Regional Development, which is responsible for the implementation of the program, plans to annually relocate thousands of people to Russia on 300. Its funding, according to the head of the ministry Igor Slyunyaev, has tripled - from a little over 1 billion rubles. in 2013 to 3 billion rubles. in 2014, however, whether these plans can be realized is a big question. All previous targets remained on paper. The most successful in terms of the number of immigrants is still 2012, when 62,9 thousand people moved to Russia. - half of all compatriots who moved home during the 2007-2012 years. But even this figure is five times less than the figures that the Ministry of Regional Development intends to achieve next year. Even despite the noticeable improvement in the conditions of the program compared to its previous wording, one should not expect such a sharp increase in the number of immigrants.

Most immigrants still migrate to Russia on their own, without the help of the state. Thus, from Kazakhstan, which provided 34% of all immigrants in the third quarter, according to the program for January-September, about 7,3 thousand people moved to the Russian Federation. At the same time, in January-October, 43,1 thousand arrived in Russia from Kazakhstan, according to Rosstat, and the net migration inflow (including those leaving in the opposite direction) amounted to 33,3 thousand. That is, thanks to the program, only about 1 / 5 compatriots arrived in the Russian Federation, while the rest preferred to move to their homeland on their own. The same situation is with other CIS countries. From Ukraine to Russia for 10 months, 45,1 thousand people moved. (net inflow - 30,4 ths.), and under the state program - less than 1 thous. people, from Uzbekistan, respectively, 96,8 (54,8) thous. and about 4,5 thous.

What is missing compatriots?

The main problems of immigrants - housing and work. And the first of them is much more important than the second. If there is no particular problem with work after receiving the documents, then everything is exactly the opposite with housing. Some chances to buy their housing will be obtained only by those who, according to the new version of the program, will go to the Far East, and even then, most likely, it will be possible to buy it only in rural areas or small settlements. But there is another problem in the Far East - with work there is noticeably worse than in other regions of Russia. It is no coincidence that the majority of immigrants in the third quarter of this year preferred the Central (48%), Northwestern (24,9%) or Siberian (17,7%) federal districts, and the Far East chose only 2,3% of compatriots. Without housing prospects, potential migrants who have furnished houses or apartments in their country of residence can decide to move with great difficulty.

State policy on the resettlement of compatriots can be made more effective by linking it with the implementation of major infrastructure, industrial, construction, agricultural and other projects, earning targeted labor for them in the republics of the former USSR. In fact, without such a connection, the resettlement program does not make sense.

The only way to solve the housing problem is to provide land and / or soft loans, which will give people the opportunity to feel the future. Such a policy will correspond to the model of integrated development of the territory, which is just necessary for Siberia and the Far East. Moreover, the emphasis must be placed on the Russian-speaking, Slavic population, whose share among the displaced people today is more than half.

Extremely weak participation in resettlement is now taking Ukraine, which, however, is among the leaders in the number of labor migrants in the Russian Federation. Meanwhile, a migrant worker is already half a migrant. Consequently, the resettlement policy should act not only outside, but also inside the country, agitating Ukrainians to transport families to Russia and become full citizens of the Russian Federation. Only then the program will become not just a way to fill the population decline, but an effective tool for socio-economic development and the preservation of the traditional ethnocultural image of Russia.