Saudi Arabia digs its own grave 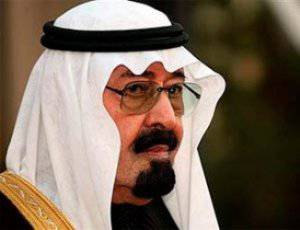 To better understand yet another failure of the anti-Iranian initiative of Saudi Arabia at the last GCC summit in Kuwait on December 11, where Riyadh’s proposal to transform the economic union into a military alliance was openly and unconditionally supported only by Bahrain, and other members of the Council actually avoided this (only some kind of general military command was created, and without common armed forces), it is enough to return exactly 2 a year ago, when King Abdullah announced the project of creating an 6 member of the military-political organization 2011 in December in a speech by a Saudi monarch at the GCC summit in Riyadh, allegedly as a response to the growing “Iranian threat”, as presented by the KSA rulers. 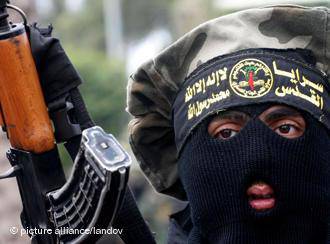 At that time, this initiative was aimed at binding the conservative monarchies to Wahhabi Saudi Arabia more firmly and, under the slogan of confrontation with Tehran, to keep the Sunni regimes of Arabia in power in the face of “revolutionary” changes in the Arab world. In this context, the fight against Iran looked like an attractive excuse, all the more so because in Washington at that time they were not yet ready to understand the essence of the “Arab spring” and the need to normalize relations with Tehran. The internal problems of the essentially reactionary monarchies could be boldly blamed on the intrigues of external enemies, who allegedly decided to shake the foundations of the conservative Arabian regimes, using significant Shiite populations in a number of Arab countries in the Persian Gulf. This interpretation provided Saudi Arabia with at least two advantages: first, it allowed, without limitation, to prepare and export its own Sunni-Wahhabi jihadists and terrorists to the “battlefields” with Shiites to different countries, primarily to Syria and Iraq. In fact, this meant identifying in the early stages of their jihadists and potential terrorist mercenaries and providing them with “work” far from their homeland, in foreign countries. And secondly, this method of ensuring the “employment” of one’s own Islamic radicals substantially reduced the pressure on the overall domestic political situation. The further development of the situation in Syria and Iraq only confirmed this.

The fact that the creation of a military-political union was conceived primarily as a way to prevent the change of dynastic monarchies in the Persian Gulf states to elective republican regimes was also indicated by the initiative put forward by Saudi Arabia to expand the GCC at the expense of two other Sunni Arab monarchies - in Jordan and morocco. And this despite the fact, unlike the Hashemite Kingdom, which has at least a common border with KSA, Morocco is located thousands of kilometers from the Persian Gulf. But this did not embarrass Riyadh, since such an unusual maneuver made it possible to create a coalition of Arab hereditary monarchies that would rely on the military-political alliance proposed by Saudi.

Riyadh’s intentions in practice were realized in February 2011 of the year during the operation “Shield of the Peninsula”, initiated and led by the Saudis, during which the GCC contingent, based on the Saudi division, reinforced by armored vehicles, was introduced into the Kingdom of Bahrain. Under the pretext of fighting with external interference from Iran, the crisis on the island under the influence of the Arab Spring was able to “freeze” the crisis between the Al-Khalifa’s ruling Sunni surname and the Shiite majority, who demanded political rights and redistribution of power in their favor. 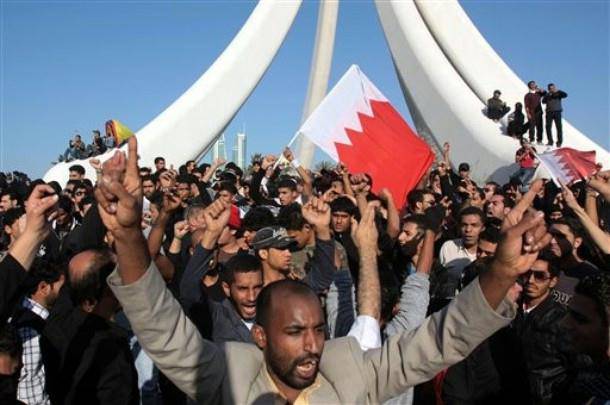 After the armed suppression of Shiite protests in February 2011, the forces of the Saudi military contingent on the island entered a very fragile visible calm, which is guaranteed by the island’s Saudi occupation. Everything that happened was qualified as a "conspiracy of a foreign state to overthrow the existing regime." It is clear that in this case it was a “transparent allusion” to Iran. This thesis has already been invoked by the leadership of Bahrain earlier. Moreover, in 2010, it was under this pretext that the opposition Shiite parties were effectively barred from participating in parliamentary elections. But we are talking about 70% of the population. The path of repression in this case, as experience in other countries shows, is ineffective and even counterproductive. Moreover, the “hard pressure option” could work only in the event of further gradual easing of Shiite capital and moderate political parties. Today, the power of the Sunni royal regime in Bahrain is provided exclusively by the support of the military force of Riyadh. At the same time, the Arab monarchies of the Persian Gulf, as well as the West, do not see this problem and they ignore its consideration, thus leaving an explosive hearth capable of breaking out at any moment.

Here are just some statistics to confirm this. Given that at present 70% of the population of Bahrain are ethnic Shiite Arabs, in the structures of power, they are represented completely unfairly. Representation of Shiites in such structures of power as the royal court, the royal guard and the army is close to zero. From 29 ministries in the government of Bahrain, the Shiites own only 6. Of the 29 deputy ministers, only 3 are Shiite. From 230 high posts in the judiciary, which includes the High Judicial Council, the Constitutional Court, courts, administrative councils, etc., Shiites occupy only 28 seats and there is not a single chairman among them, i.e. The share of Shiites in the judiciary is about 12%. In the legislative branch, among 40 members of the Consultative Council (Majlis al-Shura) there are 17 Shiites and among 40 members of the Chamber of Deputies - 18 Shiites. The unfair electoral system continues to maintain stiff discrimination against the Shiite majority of the kingdom’s population.

The Bahraini Sunni leadership, under the influence of its “elder brother” in the Persian Gulf, took steps that only put the situation in a dead end. Not only are Shiites represented in the power structures extremely unfair, in addition to this, a real “witch hunt” has unfolded in the country. More than 3600 people were fired from their positions or lost their jobs, mainly in state or parastatal companies. In the private sector, things were even worse. A “black list” of companies and stores that belong to Shiites has appeared on the Internet, demanding their boycott. Fiscal authorities forced the Shiites to curtail their business. That is, the redistribution of property. In addition, there was a serious infringement of Shiite religious rights. More than 40 mosques or religious objects are destroyed or seriously damaged. And this angered the Shiites even more, making reconciliation with them less likely. Understanding this, the leadership of Bahrain went to a completely unprecedented step, launching an unspoken campaign of naturalization of the Sunnis from other countries of the Persian Gulf, granting them the citizenship of the country. It is clear that the calculation is made on future elections, since it is unlikely to seriously change the demographic balance in favor of the Sunnis. 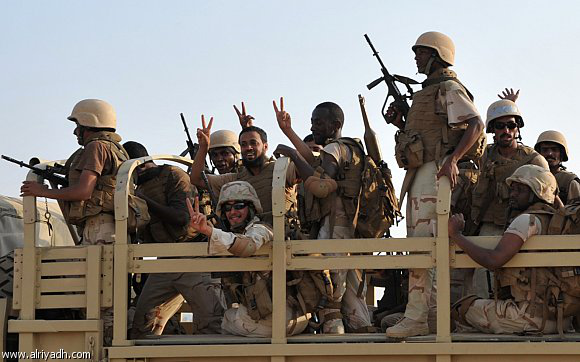 At the same time, the military component of the KSA presence in Bahrain as part of the GCC plan (adopted in September 2011) about the existence of a permanent military base in Bahrain is maintained. There should permanently be based around the 1000 Council military personnel, mainly the Saudis. This situation illustrates only the extremely short-sighted vision of the prospects that the elderly leaders of Saudi Arabia demonstrate. Many Shiite representatives in Bahrain are convinced of the need to continue their further struggle, which seems to be combining peaceful and, possibly, coercive methods of protest. Yes, they have no other choice, thanks to the "wisdom" of Saudi strategists. And in Riyadh, it must be remembered that right “at the side” of Bahrain, at a distance of 30 km through the shallow waters of the Persian Gulf of the Saudi Eastern Province, the majority of the population are also Shiites. But it is in this part of KSA that almost all the oil of the Saudi kingdom is produced. And local Shiites angrily reacted to the armed suppression of unrest in Bahrain, holding numerous protest demonstrations, during which several people were killed by the police and security forces. And there is no guarantee that someday the Shiites of Bahrain and the Eastern Province will not oppose discrimination by Sunnis and Wahhabis, together with all the ensuing consequences for Saudi and other Arabian regimes.

Therefore, this time the other members of the GCC did not too happily accept another idea of ​​Riyadh about the transformation of the Council from an economic association to a military bloc. They do not want to get into any internal clashes between Sunnis and Shiites in Saudi and Bahrain, much less in the dangerous anti-Iranian games of Riyadh against Tehran. Moreover, with regard to Iran, the KSA is now acting in unison with Israel. And this means that the Arab monarchies will have to abandon the principles of general Arab solidarity on the Palestinian problem, which are still glimmering on the surface - the only one that after the wave of "revolutions" still formally unites the Arabs. If this “unity” ceases to exist, then the Arab republican regimes will have the full moral right to oppose the rotten monarchies of Arabia and conclude a deal with any potential ally on this subject, including Iran. But revenge for the fact that with their intervention Saudi, Qatar and some other people from the GCC actually sowed death and destruction in such Arab countries as Egypt, Syria, Iraq, Yemen and Libya, can be very strong. Most Arab states and so did not like the overly wealthy monarchies of the Persian Gulf, fattening oil and gas revenues, and not particularly sharing with the Arab "brothers", many of whom lived in poverty. 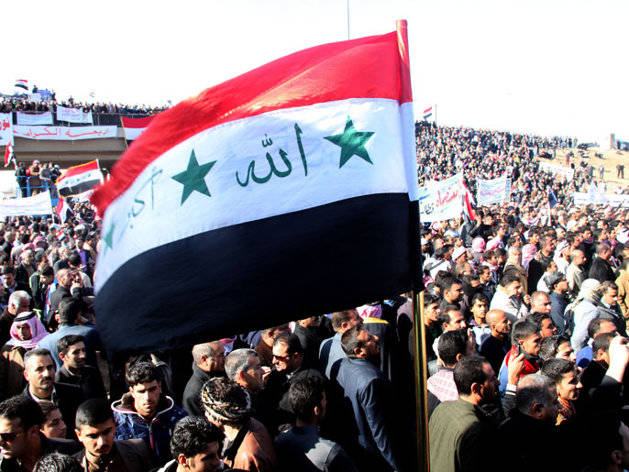 So Saudi is trying to build a military alliance. Indeed, in Riyadh, he is being conceived not only as anti-Iranian, but also anti-Iraqi, because a powerful oil Iraq with its large population and large armed forces, whose Shiites make 2 / 3, also represents a threat to the security of the Saudi kingdom, they are convinced in Riyadh. So now Saudi special services are throwing in hundreds of millions of dollars to incite the speeches of Sunni radical organizations against the Shiite government in Baghdad. Apparently they understand that the Iraqis will always remember how the KSA for many years sought to weaken its northern neighbor, and, if possible, to dismember it along ethnic and religious lines. And Iraqis are unlikely to forgive. And if Iraq and Iran unite on the platform of countering the aggressive Wahhabi-Sunni attack on them, then Saudi Arabia will definitely not be good enough. In Syria, she has actually lost. So Saudi rulers of the allies are looking for among the monarchies of Arabia that are similar in their political structure and are even ready to make a deal with Israel.

Only it is unlikely that anything will come of this, especially since the United States is significantly changing its attitude towards countries that rely on Islamic radicals and even terrorists from al-Qaeda and other extremist organizations. In recent days, a fierce war has been unfolding in Iraq between the Sunni terrorist underground, financed by the Saudis, and the troops of the central government. Not only armored vehicles were thrown to suppress the militants in the 4 Sunni provinces of western and central Iraq aviation. And although government troops are suffering heavy losses, even the other day, even the general close to the prime minister, Nuri al-Maliki, who was the commander of the 7th division, has already destroyed many centers of terrorist gangs.

Now the main battles in the Sunni-Shiite confrontation, inflamed by Wahhabis of Saudi Arabia, have moved from Syria to Iraq. But there everything should end, and the defeat of extremists and terrorists, who are brought up by Riyadh. Unless KSA suddenly suicide, provoking a joint aggression with Israel against Iran. In this case, the entire geopolitical map of the region will be redrawn, and Saudi itself will fall into several quasi-states or enclaves, just as in Bahrain, the Shiites will take power into their own hands. But I want to believe that after all the Saudi rulers will find the strength to give up adventures.