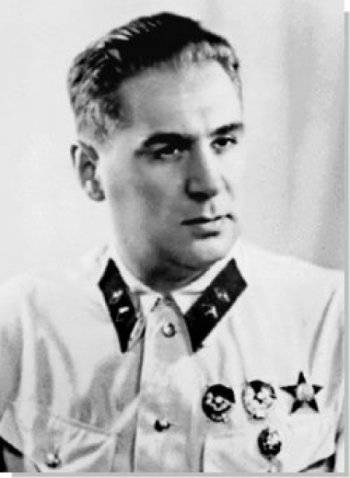 Pavel Anatolievich Sudoplatov was born in 1907 in a small Ukrainian town Melitopol, in a poor family with many children. At a young age, the boy came across the book “The ABC of the Revolution” by Bukharin. Inspired by the idea of ​​a just society, in 1919, a twelve-year-old Pavel left home with an equestrian detachment of the Red Army that passed through the city. Red Army soldiers fought mainly with the Ukrainian nationalists - the troops of Petliura and Konovalets. In 1921, employees of the Special Division of the division were ambushed and suffered heavy losses. They urgently needed a telephonist and a cryptographer, and Pavel Sudoplatov was sent to this work. Thus began his service in the state security organs.


From 1932, Sudoplatov was transferred to foreign intelligence. At first he works as a courier and an illegal agent, but thanks to his unique abilities he is quickly promoted. Soon he was assigned to develop sabotage, intelligence operations. Sudoplatov creates an agent network. For the entire experience - no failure. His name was classified, nobody knew about him, except for the closest relatives and high authorities. Agent reports signed by pseudonym Andrey.

One of the first brilliantly executed operations of Pavel Sudoplatov was the elimination of the leader of the Ukrainian nationalists (OUN) Yevhen Konovalets. It was spring 1938, when war with Germany was considered inevitable. OUN were preparing to speak on the side of Hitler. Entering Konovalets' inner circle under the guise of a young student, Sudoplatov arranged a meeting with Konovalets. The venue was unknown until the last moment. The Soviet agent had to work out possible escape routes in all major European cities. Finally, the meeting took place in the Rotterdam cafe. At parting, Sudoplatov handed a box of chocolates with views of Kiev to the Ukrainian colonel. In the box was built ingenious explosive device. It worked half an hour after the young man left. Konovalets was over.

Returning from abroad after a successful operation, Sudoplatov first met with Beria. At about four o'clock he asked about the details of the operation against Konovalets. After that, Sudoplatov was appointed deputy head of the foreign department of the NKVD, he began to engage in the creation of agent networks abroad. In the summer of 1938, the NKVD began cleaning. The agents recalled from abroad immediately went to prison, and Lubyanka employees disappeared one by one. In November, direct directors Sudoplatov and then Yezhov were arrested. Beria becomes Commissar of Internal Affairs.

Sudoplatov was demoted and proposed to be expelled from the party. He was helped by chance. Stalin decided to deal with his long-time enemy of the party, Leon Trotsky, and then it turned out that there was no one to entrust the planning of this operation, except Sudoplatov. He was again promoted to deputy chief of state security. 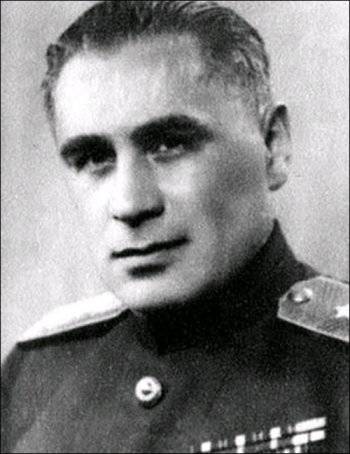 Then Sudoplatov did not know Spanish yet and did not communicate with Spanish-speaking agents. To eliminate Lev Trotsky, Operation Duck was developed; Sudoplatov, together with his colleagues, called this case “Lion Hunt.” Trotsky was hiding in Mexico, from where he led a wide network of supporters all over the world. According to the plan of the operation, the main role was assigned to two women - Caridad Mercader and the secretary of Trotsky. Son Caridad Ramon Mercader was ready to destroy Trotsky himself, but in the illegal work, both mother and son were complete amateurs. Sudoplatov traveled to Paris and, together with Eitingon, in just one month held a brief course of intelligence training for them. After Eitingon went to Mexico to organize a "lion hunt." He was a very experienced agent, and Sudoplatov allowed him not to send reports to Moscow.

In Mexico, Ramon Mercader, courting Trotsky's secretary, gained access to his villa and soon became a frequent guest there. According to the plan, one day he managed to meet with Trotsky alone in his office, hiding the ice ax in his hand under his cloak. Mercader expected that there would be a noise and he would be able to leave unnoticed, but he miscalculated. As soon as he locked the cabinet door behind him, the experienced revolutionary understood and began to call for help. Mercader managed to deliver just one hit with an ice pick before the people came running. However, even this strike was enough, and Trotsky died in hospital the next day, August 20 1940. And Ramon Mercader fell into the hands of the Mexican police. He fully served the resulting sentence in 20 years, 6 of which he managed to hide his name. After liberation, he came to the Soviet Union and was awarded the Hero Star.

When the Great Patriotic War began, Sudoplatov led all reconnaissance and sabotage work, creating intelligence networks in the occupied territory and distributing disinformation, sabotage in the rear of the Germans, organizing a partisan war. To do this, the NKVD was formed separate motorized rifle special purpose brigade (OMSBON), the predecessor of the modern special forces. When the Germans came close to Moscow in October 1941, Sudoplatov received an order to protect the center of the capital and the Kremlin and Beria's oral order to mine the city by all means. For several days, the people of Sudoplatov mined the stations, subway stations, streets, some government buildings and summer cottages. Fortunately, the city did not have to blow up, but not all buildings were cleared of mines. Subsequently, this was the reason for the accusation of Sudoplatov that he and Beria were planning to overthrow the Soviet government. So, trotyl under the hotel "Moscow", laid down during the war, was discovered by chance only in 2005 year.

In the midst of the Stalingrad operation, Sudoplatov received an order from Beria to take the atomic problem as a priority and to receive information about the work of scientists abroad in creating the atomic bomb. Kurchatov called 7 the most important centers and 26 scientists in the US, information on the activities of which was of great importance. And Sudoplatov started work. His agents in England and the United States extracted documents from closed publications on atomic energy, thanks to which the atomic bomb in the USSR was created in just 4 of the year.

The last order of Stalin in 1953 was the preparation and organization of the terrorist attack against Joseph Broz Tito using the agent Grigulevich. This challenging assignment meant the death of the performer, and Sudoplatov took time to remove one of his best agents from the blow. Two weeks later, Stalin died, and the order to eliminate Tito remained unsigned.

After the death of the leader, a wave of arrests surged — first, Beria, and then his associates. In a group of 50 people arrested in the Beria plot, Pavel Sudoplatov was listed under number XXUMX. He was arrested in his office on Friday 8 August 21. A special instruction on the order of detention stated: “It is necessary to keep in secret the very fact of the detention of numbered prisoners. Keeping their names, surnames, past secret. ”

Sudoplatov was taken to Butyrka prison. At the first interrogation, he was announced that, as Beria’s confidant, he was accused of actively participating in a plot to seize power, planning an act of terrorism against state leaders, and creating a special group under the People's Commissar of Internal Affairs to eliminate people he disliked. The former services to the state did not help.

Sudoplatov was waiting for the inevitable execution, but he came up with the next move. If one gradually stops answering questions and at the same time imperceptibly throwing out food, then in two or three weeks a person falls into prostration from exhaustion, and the forensic doctor will be forced to send him to the prison infirmary. His reception was taught by his mentor Sergey Shpigelglas, the head of foreign intelligence, who organized the abduction of the head of the EMRO Miller in France in 1937. Sudoplatov used this method, enduring even a painful lumbar puncture, so that doctors would no doubt recognize his unsuitability for interrogations and put him in hospital.

One day 1954, he drew attention to the newspaper, which was wrapped in the book looked after him nurses. The article spoke about the shooting of Beria and his comrades. Sudoplatov realized that it was necessary to continue the simulation of his state, to pull time. The next time a nurse’s book was wrapped in an old letter. A distant relative wrote that “the old man was exposed at the general meeting of the collective farmers, the accountants feel bad, the conditions at the company are the same, but there is enough money to continue everything further”. Sudoplatov understood the meaning of encryption. At the 20th Party Congress, Khrushchev exposed the personality cult of Stalin, most of those convicted in the Beria case had already been sentenced. When an article appeared on the newspaper cover about the resignation of Molotov and Kaganovich, Sudoplatov realized that the situation had changed dramatically, and the time had come to act. Much later, he learned that this method of transmitting information was invented by his wife, who bribed a nurse. The wife of Sudoplatov, Emma Kaganova, aka Sulamif Krimkor, worked in the Secret Political and Foreign departments of the NKVD. As an illegal agent, she also repeatedly participated in foreign operations.

After spending a full five years in a stupor, in 1958, Sudoplatov returned to normal. Interrogations began again. At the end of the investigation, he received a term of 15 years. Sudoplatov, like other supporters of Beria, was accused of trying to overthrow the power in the Soviet Union. The former intelligence officer fully served his sentence in the Vladimir prison, where he met both his friends and enemies. Three cameras away from him was the son of Joseph Stalin, Vasily. 21 August 1968 was released on Sudoplat’s freedom, exactly 15 years after his arrest, a sick, exhausted old man. For many years he fought for the return of the name, but was rehabilitated only in 1992, and after 4, he died after that. 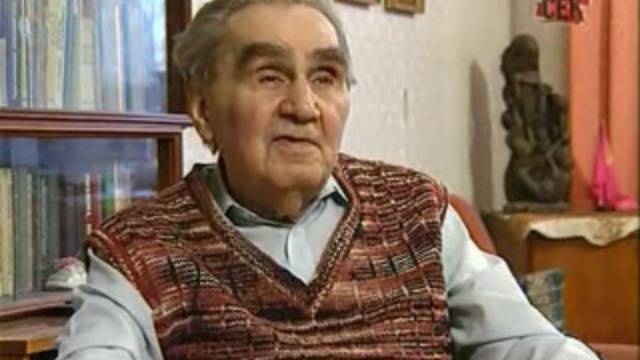 Ctrl Enter
Noticed oshЫbku Highlight text and press. Ctrl + Enter
We are
Master of Special Operations of the NKVDChildren's alphabet about the 1812 war of the year, published in 1814
Military Reviewin Yandex News
Military Reviewin Google News
32 comments
Information
Dear reader, to leave comments on the publication, you must sign in.