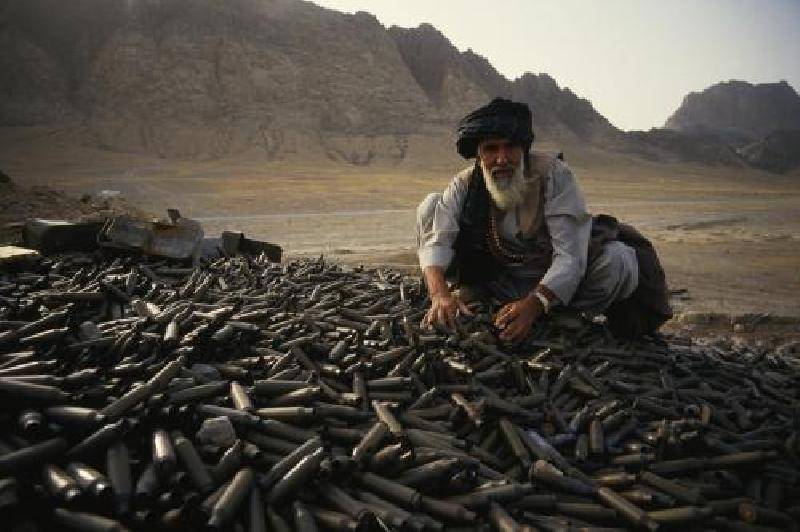 In 2014, NATO will announce the termination of its military mission in Afghanistan, after which the forces of the alliance will leave this country. All experts agree that after the end of the occupation, the Taliban will try to return to power, and for this they will be engaged in the destruction of other paramilitary groups, as well as collaborators. The regime of Hamid Karzai himself will collapse in the first months, or even weeks after the withdrawal of NATO troops, since the Afghan army and police exist only on paper. Undoubtedly, the destabilization of Afghanistan will affect the course of political processes within other states of Central Asia, and not in the best way.

Afghanistan now needs a “firm hand” - a man capable of stopping the bloodshed, retaining power with an iron grip. Let his instrument even be the massacre of moderate political opponents - in any case, stability for Afghanistan is more important than justice. But, unfortunately, such a person (or a group of people) can appear only from the ranks of the armed radical opposition.

Now the real Afghan opposition is divided into two camps - the Taliban and religious fanatics brought to Afghanistan from all over the world. If fanatics seize power, then Afghans will probably be perceived as new occupiers, and the war will continue until the Taliban come to power - a movement created on Afghan soil and reflecting the interests of the majority of the people of Afghanistan (otherwise it would not have enjoyed such mass support , like now). The Taliban are able to keep Kabul and the key cities of the country, so his chances of regaining power are quite large.

An additional factor could be the position of Washington: States seek to destroy the project of China, aimed at creating trade routes leading from east to west. In addition, the possession of Afghanistan will help America prevent the rapprochement of India with the Central Asian republics and Russia. Thus, the United States will try to "feed" the Taliban, if they prove to be strong. We will not extract any special advantages from the victory of the Taliban: the Taliban are unlikely to continue to pursue Islamic fanatics when they are expelled from the country, and we will have to take care of the destruction of extremists.

The confrontation between the Taliban and religious fanatics, which can begin in Afghanistan in the 2014 year, can also overwhelm Tajikistan. This was already the case in 1992, when the Tajik radical opposition received considerable support from the Taliban, who barely overthrew Mohammad Najibullah.

It turns out that at the beginning of the 90's, the Taliban were counting on “exporting the Islamic revolution”, but note: they did this at the call of their “brothers” from abroad. If the Tajik "opposition", who is sitting in prisons, now asks for help from the Taliban, support will be provided, but the Taliban on their own initiative are unlikely to risk organizing an open invasion of the neighboring country in order to overthrow the secular regime. Newcomers fanatics do not count - they are always ready to massacre, and no matter who in the name of jihad will have to be cut.

We should not forget about the citizens of Tajikistan, recruited by Islamists and sent to Afghanistan for war against NATO soldiers, as well as numerous Afghan Tajiks. Surely the hands of militants after the withdrawal of the invaders will be unleashed, since the main enemy will disappear; and then a mass of brainless radicals will try to return to Tajikistan to get rid of the local secular regime. It is in our interests to prevent the growth of the Afghan war and its transformation into a regional conflict.

Russia needs to establish close cooperation with Tajikistan in matters not only external but also internal security. Fortunately, our military instructors are already present in Tajikistan. With each of the Tajik border guards there are Russian advisers; in addition, there is an FSB border guard task force in the country. However, cooperation should cover not only the military, but also the forensic sphere: this is very important, since many religious fanatics, in fact, are ordinary bandits, and they must be treated accordingly.

With Pakistan, another vulnerable neighbor of Afghanistan, things are more complicated. In the event of destabilization, no one will help him: on the contrary, the United States and India will only pour oil on the fire. True, they will be bitterly sorry about this when Pakistan turns into Upper Volta with nuclear missiles, and the militants will be a few steps away from receiving the "dirty bomb."

On the border of Pakistan and Afghanistan, in the so-called "tribal zone", the war is already fought. It is there that most of the people from Central Asia are concentrated, who are fighting on a par with the Pashtuns, not only against American occupiers and Afghan collaborators, but also against the Pakistani administration. In the future, if mercenaries from the Central Asian republics want to return home, the intensity of the fighting on the Afghan-Pakistan border may decrease.

Compared to Tajikistan, Uzbekistan under the leadership of Islam Karimov seems to be a more stable state, but in recent years, sharp internal contradictions have become clearly visible in this country. Islam Karimov is very old, and power should change in Uzbekistan in the coming years. In addition, Islamists tried to infiltrate into the republic several times, but so far unsuccessfully. It is hard to imagine what the fate of Uzbekistan will be if Karimov’s successor fails to cope with the responsibilities assigned to him. At best, the country will become a kind of Kyrgyzstan, at worst, it will slide to the level of Tajikistan.

Speaking about Uzbekistan, we should not forget about the Afghan Uzbeks, as well as the fact that militants of the Islamic Movement of Uzbekistan fled to Afghanistan. Now the IMU is fighting in Afghanistan and Pakistan, and also periodically makes attacks on the territory of Tajikistan and Kyrgyzstan.

After the defeat of NATO in Afghanistan, the liberated from the fighting, the IMU terrorists may return to Central Asia, especially if the Taliban take them as competitors and try to destroy them. Then the IMU will try to create bases in the Pamir mountains, waiting for its high point - the moment when Islam Karimov dies and the country will need a new leader.

Probably, other representatives of the “Islamic International” will follow in the footsteps of the IMU, if the Taliban for the sake of establishing order in their own country expelled them from Afghanistan. It’s bad if the militants settle near the Fergana Valley: they will definitely play on the contradictions between the peoples inhabiting it, and then, apart from the expansion of the Islamists, a large-scale interethnic conflict will begin in the south. Uzbeks and Kyrgyz, to put it mildly, have not liked each other since the times of the Russian Empire, so it would be easy to embroil them.

It is important to note the overpopulation of the Fergana Valley: in Central Asia, unlike other macro-regions of the CIS, the population does not decrease, but grows. At the same time, agriculture and production facilities remain at the same level or are degrading, so that drought and famine will soon await the residents of the Fergana Valley. Here, the conflict goes to the state level and from an interethnic one turns into an economic one: one can expect that in order to possess a valuable resource - water - the Central Asian republics will start numerous wars among themselves, drawing their neighbors and partners, including Russia, into them.

As for Kyrgyzstan, it may well become one of the main participants in the water wars. The instability in this country is increasing every year, and there are no guarantees that in a few years another coup will not take place in Bishkek.

Unlike Tajikistan, where the permanent Egomali Rakhmon has ruled for many years, in Kyrgyzstan we will fall into the trap if we provide the current government weapon and military advisers. Indeed, in the event of another uprising, the authorities of Kyrgyzstan will naturally be forced to use weapons, and then the USA, China and other major regional players will have a reason to accuse us of supporting the “bloody dictatorship”: they say, they are shooting at Russian liberals! However, the fact that the West seems to be “Kyrgyz liberals” is actually a bunch of hired thugs fighting in the interests of the next upstart oligarch.

Thus, we have few reliable allies in Central Asia. The leaders of several countries are in old age, in yet another state coups and bloody riots have become commonplace. The Fergana valley balances on the verge of a large-scale economic and inter-ethnic confrontation. If the Taliban comes to power in Afghanistan, he will strip his country of mercenary militants sent by the Gulf monarchies, and then the “Islamic International” will rush to Central Asia. It turns out that stabilizing the situation in Afghanistan will not bring us any benefits and, rather, will become a problem for us, since instead of an Afghan meat grinder, militants will now be sent to the CIS countries.

Ctrl Enter
Noticed oshЫbku Highlight text and press. Ctrl + Enter
We are
Lies around AfghanistanWhy is the West going to generously finance the Afghan army after 2014 of the year?
Military Reviewin Yandex News
Military Reviewin Google News
40 comments
Information
Dear reader, to leave comments on the publication, you must sign in.