When are miners changed for soldiers? Simple lessons of modern history

January 11 2014
33
Where are the unfortunate distressed Englishmen to take fuel when coal is running out in the country? What did the iron lady decide on this in 1985? And why exactly in this period in the USSR began restructuring? 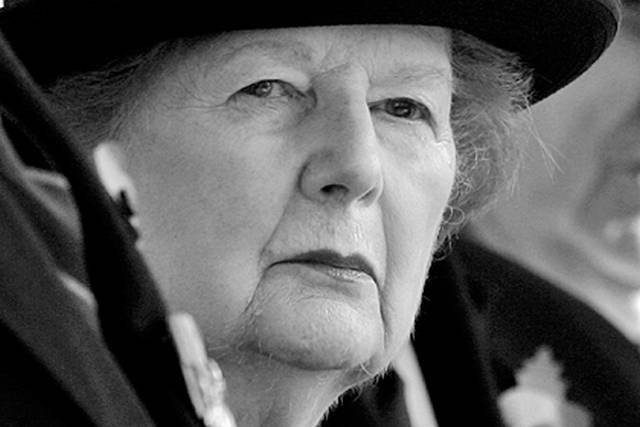 Margaret Thatcher: “Doing everything with an open heart is not a good idea. The heart should remain closed, it works better.

So with quite specific and historically visible examples, we continue to study the laws of geopolitics. In Great Britain, very interesting facts have just been declassified - this time from the newest stories.

How many times have the world been told: that by cunning one can achieve much more than a direct, honest war — at least take the story of a Trojan horse. But where is Troy and that gift horse, and where is 1985 the year about which, in fact, we are talking about? That's right, to him at hand. So just at that time, when the Soviet people began to methodically suggest that they, it turns out, live very badly, in the vaunted, supposedly prosperous Great Britain, in fact, everything was not so beautiful. More specifically, the country stood only one step away from a complete collapse of the economy. And you thought that everything was always calm in the English kingdom? In that case, let me turn to the classics of the genre: when coal runs out in England, long mass strikes take place, and the entire economic system is about to order to live long - the government of this power is the time to resume its usual occupation in such cases. That is, again, it's time to rob, and preferably those who have something to steal. It's so natural! And who could then steal? Of course, for the Union of Soviet Socialist Republics that does not know about its “distressful” position (it does not know that, because of the fact that its position was not such as it was to us now).

Here is what the English-language website RT writes about it with reference to the declassified government documents:

“Former British Prime Minister Margaret Thatcher was on the verge of redeploying troops during a strike of miners 1984 — 1985.

From these documents, received by the National Archives of Great Britain, it follows that the Thatcher government was preparing to replace striking coal miners with soldiers of the British army, as well as to allocate 4500 army drivers and 1650 dump trucks to deliver coal to power plants in order to avoid their disconnection.

Thatcher also considered plans to replace the military port workers in the event of a strike.

Despite the fact that the “Iron Lady” opposed a compromise with the strikers, the declassified papers show how strongly the government feared that strikes would stop life in the country. The authorities were taken by surprise when the union of port workers announced their intention to go on strike, which threatened to result in a shortage of food in the country.

However, Thatcher decided that the troops would be involved only in the event of an emergency, so as not to give the impression of a weak government.

The documents show that the UK could have exhausted coal reserves by mid-January 1985. The consequences of the strike were becoming more and more obvious, and Norman Tebbit, the Minister of Employment in Thatcher’s office, wrote to her about the need to take urgent measures.

Senior British government officials proposed a series of worst-case scenarios that could be used by Margaret Thatcher. These included limiting the supply of electricity and switching workers to an 3-day work week.

As a result, the strike of the port loaders did not last more than 10 days and the need for emergency measures did not arise.

The documents also demonstrated that Thatcher called on the police to be "more energetic." In her opinion, the officers "did not fulfill their duties in full."

The strike of the miners, which lasted a year and was called "civil war without weapons”Led to violent clashes between police and protesters and the death of two strikers.

Thatcher was Prime Minister of Great Britain from 1979 to 1990 a year. During her tenure in this post, Great Britain won the war for the Falkland Islands, closed down unprofitable mines in the old industrial areas of historic England, and sharply reduced social benefits. In parallel with this, Thatcher consistently reduced the direct tax on personal income and subsidies to depressed regions. She supported the aggressive policy of Washington in the international arena and strongly condemned the Soviet invasion of Afghanistan. 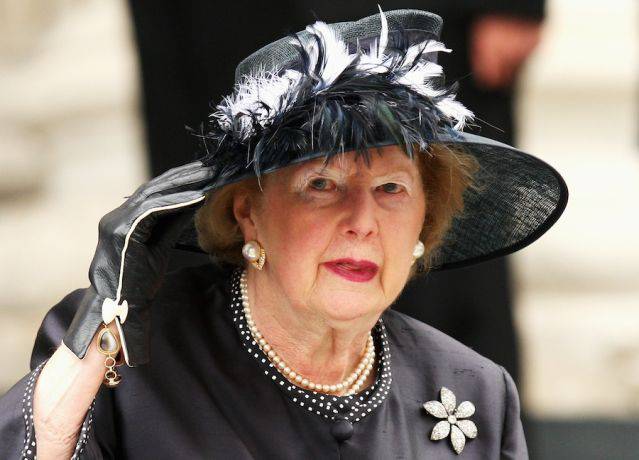 "3 million pounds for Margaret Thatcher's funeral?" For 3 million, you could give everyone in Scotland a spade, and we would have dug such a deep hole that we would be able to hand it to Satan personally, ”- Frank Boyle, a Scottish journalist.

Margaret Thatcher died of a stroke 8 April last year at the age of 87. At her funeral, which had the status of "ceremonial" and cost the British treasury £ 3,6 million ($ 5,8 million). Gathered over 2 thousand honored guests from around the world. The April 17 funeral procession was attended by more than 700 British troops who fought in the Falklands War. After the completion of official events, Thatcher’s body was transferred to relatives for cremation.

PS About the reaction of the “grateful” compatriots of Thatcher about the amount of money spent from the treasury for the mourning ceremony on the occasion of her death last year.

"3 million pounds for Margaret Thatcher's funeral?" For 3 million, you could give everyone in Scotland a spade, and we would have dug such a deep hole that we would be able to hand it to Satan personally, ”said Scottish journalist Frank Boyle in public.

Well, journalists - they are such, sometimes, they are hidden in the root. Personally, I wonder what iron Margaret would say to Frank? After all, it was she who once declared that “it is impossible to understand everyone, if you do not listen to everyone” ...