The coup in Russia began with Libya 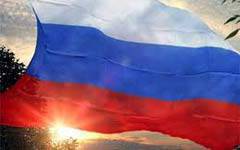 How is Russia different from Libya?

The fact that we will not need to bomb.

There is almost no one to resist. On the contrary, the elite, sending their children to study in London, are looking forward to.

So “Dawn for Russia” (“Russia Dawn”) will require a minimum of casualties.

Moreover, military intervention may not be required at all. After all, his goal - the initiation of a coup. However, Russia is no longer just pregnant with a coup: it is in full swing and with a bang.

In a month or two (and maybe even earlier) we will see its open phase.

Sergei Prikhodko will begin to cast phrases from the “source in the Kremlin” like “for civilized countries, the tandem has finally turned into a living political corpse”.

Channel "Russia" will launch in non-stop reporting from Triumph or Manege Square about the "fearless people who took to the streets against the bloody tyrant, dictator, despot."

Chubais will begin to wearily explain that communism was liquidated a thousand times easier than it is now to wipe out the remnants of patriarchal patriotism.

The main thing is that there is no need to learn and learn anything new: simply in the Word, through the function “replace”, insert the word “Putin” (or “tandem”, according to the situation) instead of the word “Gaddafi”.

For a quarter of a century of restructuring, a full-scale “Iraqiization” of elites was carried out, when instead of the semi-mythical fifth column of the Franco general, the right people were already placed in key posts.

Anatoly Borisovich Chubais was instructed at the December 2001 Congress of the Union of Right Forces. Chubais then stated that the main issue “within Russian society” in the coming years is the question “about Russia's place in the world”, and that for this the party is followed by absolutely specific, such as mail, telegraph, bridges, tasks: “I must admit that today Our party in this area is still very weak. There are very few of us in the foreign political elite, we are practically absent in the defense and military elite, we are not in the intelligence community at all; we are not at all in those areas that are basic for shaping Russia's future policy in the world and determining its place in the world. I am convinced that this should be a key breakthrough in the activities of the Union of Right Forces in the coming years.

Maybe today it sounds strange. But, believe me, if we are really talking about strategy, then we need to expand in principle in this area. To expand without giving a single inch of positions irreversibly won by us in the economic sphere, in business, in industry, in domestic policy. Radically advance into defense, intelligence, military, foreign policy — where Russia's face will be determined in the next 5-7 summer period. ”

Sorry for the long quote, but I am sure it is worth it.

And now, when this radical advance “in defense, intelligence, military, foreign policy,” instead of the famous “Above all Spain - cloudless skies”, innocent publications like today's article in “Kommersant” “ Russia bends its own Libya ”, which confirms the go-ahead for the coup and gives the next installments to the lower cells.

The leitmotif, “message”: appeasing the French-Anglo-American aggressor through Russia's shameful abstention when voting at the UN Security Council last Wednesday is a big victory and brings happiness to Russia.

In particular, it is reported about the "carrot": "Without becoming to impede the overthrow of the dictator, Russia has the right to count on the gratitude from the government that will come to power in Libya after the likely fall of Gaddafi ... Moscow can count on a favorable option, because even in post-war Iraq Russia companies still got several oil fields. ”

True, the phrase “multibillion-dollar contracts that the state-owned companies Rosoboronexport, Gazprom, and Russian Railways signed with Tripoli under the colonel” immediately passes in the background. But do these little things be able to outweigh the gratitude to Russia from the side of the new government in the case of a “favorable option” in the form of “several oil fields”?

“Victory, victory!” - and continues to be installed in the Kashpirovsky style into the board of the independent respectable Kommersant: “In general, the tactics chosen by Moscow allow it to extract dividends from the situation around Libya.”

And further lists a stunning list of these dividends (in addition to the above gratitude): “Some positive results are already evident. First of all, the Libyan crisis has allowed Moscow not only not to spoil, but also strengthen relations with the West. This means that the operation to overthrow Moammar Gaddafi will not affect the “reset” of relations with the United States and will not break the partnership with the European Union and NATO that has begun to improve under President Medvedev.

But to buy the Russian population with such, to put it mildly, dubious dividends is difficult. But not in the super task of the coup agitprop. Tales about dividends - for fools. The main thing is to convince the Russian population that what is happening in Libya concerns only Libya, and in no way Russia, which deftly “stood aside” in this “alien war”.

Therefore, referring to the unprecedented resignation of the Ambassador of the Russian Federation in Tripoli, Vladimir Chamov, the Kommersant article referred to a certain “perturbed source familiar with the motives for making this cadre decision”, which obviously represents the same Prikhodko: “Instead of the conflict situation to protect the interests of his own country, which sent him there for this, the ambassador aired the interests of another state - Libya. ”

Through the category of national interest that has been fashionable in recent years, the reader’s brains are molded here at a key point: they say, there are national interests, and the world whole and Russia's positions in this whole are not significant.

However, the essence of what is happening is just the opposite: the situation in Libya does not concern Gaddafi or even Libya, but the principle of the world order, the world order, where, after Libya, the line goes smoothly to us and Iran.

True, impatient revolutionaries blurted out, like, for example, yesterday one “writer” in “Livejournal”: “Finally they began to bomb Libya. It is high time. I hope one day they will reach Russia, which has fallen into the most vile obscuration, into a shameful dump. The regimes of the colonels differ little among themselves: lies, violence, poverty and human material are frustratingly of poor quality. ”

The main task of the military operation against Libya is to produce an exemplary demonstration of absolute superiority and give a lesson to those who stand in line or maybe get there tomorrow. As in the war against Iraq 8 years ago, the most important thing is the theater, where the same play is played again and again: “If you do not obey, we will write“ tomahawks ”. This is the only political goal of the military operation against Gaddafi.

In practice, the principle of voluntary liberal imperialism is once again being implemented (by the way, Chubais is his singer), when several governments give the indigenous rulers a label of reign or are driven into the cave age by the most democratic procedures.

All of this is brilliantly described even for Tony Blair by Robert Cooper in the book “The Post-Modern State and the World Order”.

Removing the details The essence of voluntary imperialism lies in two things.

First, a group of selected postmodern states, and you know them: they are now bombing help Libya to join the "normal" and "correct" states, politically structuring the surface of the Earth.

Second, by doing such important work for the whole of global humanity, they take the added value from the excess profit for states like Libya in favor of the costs of postmodern burden.

In fact, everyone sees how Libyans are frantic with fat (by the way, their per capita GDP is exactly the same as in the Russian Federation!), Therefore it is necessary to put them in place socially and economically and stop these wasteful Jamahiriya and others socialism. The earth will give birth to oil not for the Libyan or Siberian Bedouin, but for those who are arranging the globe in their sweat.

However, you should not worry. The final elimination of Russian state sovereignty is no longer an end in itself.

Libya is a good example for our elites. We, in turn, will be an example for China. In this, apparently, our destination.

If in Russia in the elites there are still those who don’t like to be protoplasm, Yugoslavia and Iraq with Libya, then it’s time to sober up and see the near future clearly, where they will be castrated and crossed out of the country together with the country. stories.

Yes, there is war ahead, and we will have to confront it alone.

Yes, the army and navy (combat-ready, not from Yudashkin) are our only allies.

Yes, you need to go for a series of measures.

The second. To organize a backup management system based on the industrial-labor model of the economy and the project state.