Climate change is a threat to national security

Look at the weather: winter, but no snow at all. This is unusual for Russia. For millennia, the winter climate was rather severe in our country. Many people still have pictures in their memory that it was impossible to go out into the street just a few decades ago without wrapping up in fur coats and sheepskin coats. An icy wind burned his face and made him cover him with a glove. It was simply impossible to do without a fur hat in the winter, and drifts, even in big cities, grew to a height of several meters. The snow crunched underfoot, clogged in boots, it was difficult to walk along the sidewalks without slipping.

And where is our cold now?

To see where our relatives and our usual cold weather are “walking” now, just look at the headlines News; “Record cold weather is coming in the USA: frost is expected to reach –50”; “An abnormal cold in Peru. Emergency mode introduced ”; “Snow in Egypt: For the First Time in 100 Years of a Pyramid in the Snow”; “In South Africa, abnormal snow: a state of emergency has been introduced”; "Siberian cold in Europe froze the Eiffel Tower" ...

Obviously, at a time when we are warm, they are cold. It was not so cold at the same time everywhere. There was just a redistribution of temperature: the low temperature left Russia and spread to other regions. Thus, it is safe to say that the English now, instead of us, “enjoy” our icy wind, while the Egyptians play our snowballs. 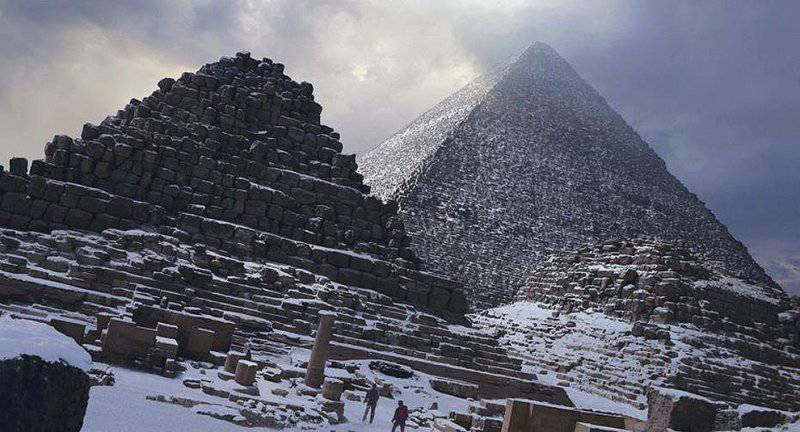 Why has the weather changed so drastically in our area?

Now they talk a lot about the artificial influence on the climate, someone allegedly tries to influence him with the help of modern technologies. This may be indicated by the fact that the climate has changed quite abruptly, there was no “intermediate period”.

Speaking of attempts to manipulate the climate, it is necessary to find out who can benefit from this. For the application of such technologies, a country may want, on the one hand, to send trouble to another country, and on the other, to save itself from unpleasant weather phenomena.

For the first time, the targeted impact on the climate of our country was talked about in 2010, when the African heat fell on the central region. Besides, it was then that Moscow was wrapped in smog.

At about the same time, in some regions, the most real tornadoes and tornadoes began to pass, which were completely alien to those regions. No one remembers such natural phenomena there, and for the whole history these edges of such phenomena were not recorded. 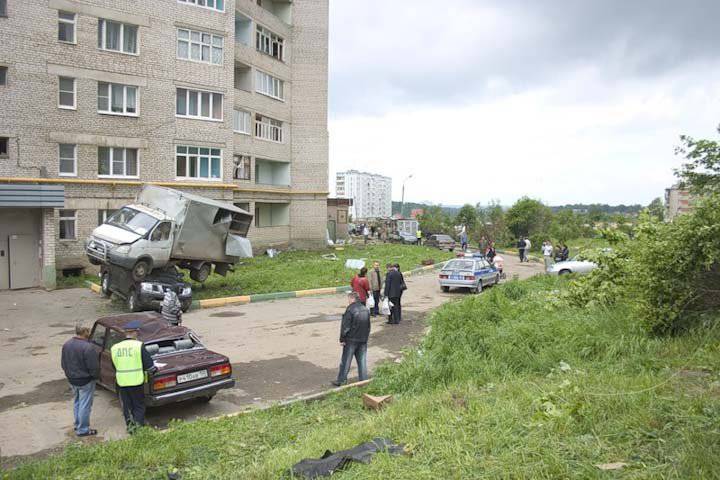 When specifying the reasons for the change in the average temperature in our country, many point to the HAARP system located in Alaska.
“HAARP (High Frequency Active Auroral Research Program - High Frequency Exposure Ionosphere Investigation Program) is an American research project on the ionosphere and aurora. The project was launched in the spring of 1997, in Gakon, Alaska. ” There are many such stations, they are located in other places.

In addition, there are other ways to influence the climate, for example, spraying various substances into the atmosphere, underground explosions of great power for provoking tsunamis and earthquakes, dumping active substances from airplanes, such as during the dispersal of clouds over Moscow.

A major role is played by the Gulf Stream. For some reason, people forget about him to mention in the articles on climate change, although it is thanks to him that the climate is formed exactly as it is. Attempts to change the course of this tide would lead to dramatic changes in climate. Judging by the latest research, it is clear that, perhaps, such attempts are also being made.

Winter and the conquerors

Throughout history, low temperature and snow were the obstacles to the conquerors, to which our troops were prepared, and turned out to be an unprepared enemy. During the invasion of our territory, winter gave the enemy a lot of trouble, sometimes fatal for them.

“General Frost” played a significant role even during the invasion of the Swedish army in the time of Peter the Great, especially in the 1708 year. Winter that year was the coldest in the last 500 years, and the enemy army with the help of our troops was deprived of supplies and housing, due to which it suffered heavy losses.

In 1812, another invasion came to our country - this time under the leadership of Napoleon, at that time it was the strongest army in the world. Then the Russian troops could use their resistance to cold as an advantage in the rout of the heat-loving French. Subsequently, describing the reasons for their failures, Napoleon and his commanders pointed to the Russian frost as the main obstacle in their path. Then the expression “General Frost” appeared in newspaper notes when describing the experienced hardships of the French troops from the coming cold weather.

The lack of warm clothing from the Nazis in the 1941-1945 war also had its effect on the enemy. The frost was ruining the troops, while advancing the army, difficult German mechanisms refused to work, the equipment could not pass through deep snow, the lubricant froze. Then the expression "General Frost" reappeared again.

What if the ultimate goal of climate change in Russia is to get rid of unusual conditions in the conduct of hostilities by foreign armies? In addition, at the same time you can try to transfer the devastating tornadoes and storms from your country to others.

Of course, the role of the Russian winter in the failures of the armies that invaded Russia is not the key, as many historians later challenged Napoleon’s statement about the cold as an insurmountable obstacle, because the frost did not fall below –10. Only after the defeat of Napoleon’s army did its remnants suffer more severe cold when almost all of them froze and could not return to France.

Nevertheless, there is no doubt that low temperature, snow and other unpleasant surprises of the winter weather have always caused great damage to the enemy army. They slow down the advancement of the army, require more preparation for the supply of warm clothing and frost-resistant materials and mechanisms, significantly increasing the cost of preparing the invasion. At the same time, for the Russian army, they are quite familiar.

At present, this advantage of our army is fading away. The enemy troops invading us will no longer have to attack under conditions unfamiliar to them, and it will be possible to move quite comfortably at a positive temperature.

Is this not what potential climate change lovers are seeking? Perhaps remembering the experience of Napoleon, the Germans and the Teutons, they get scared of winter much more than it can be assumed ...