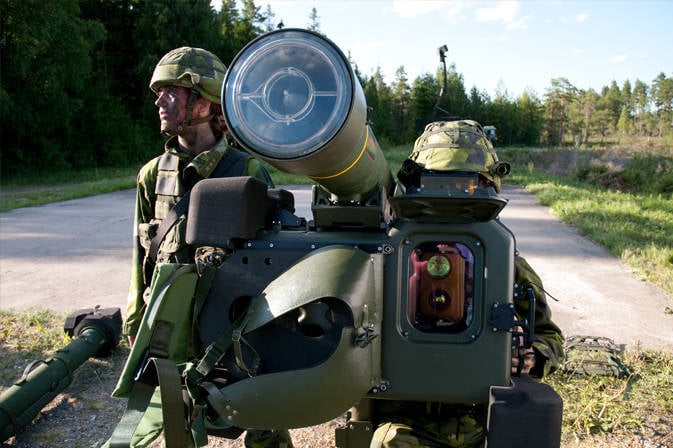 The command of the Brazilian Ground Forces, through a representative office in Washington, intends to sign in the near future with the company Saab Dynamics (SAAB Dynamics) a contract for the purchase of RBS-70 NG MANPADS.


According to Janes Defense Weekly, the cost of the purchase is estimated at 28 million Reais. The contract provides for the supply of 16 portable launchers RBS-70 and an unnamed number of missiles of the Mk.2 version, six simulators, night vision sights, test equipment, facilities, spare parts, as well as training for operators and service personnel.

The purpose of the procurement is to protect against strategic threats to the country's strategic facilities. MANPADS will be used as a lower echelon of air defense during public events, including the 2014 World Cup and the 2016 Summer Olympic Games in Rio de Janeiro.

The RBS-70 is an anti-aircraft missile system designed to hit low-flying aerial targets, which can be used in a portable version, mounted on a wheeled and tracked platform, and mounted on board ships. In the basic version, the system consists of a trigger mechanism installed on a tripod, a missile defense system in the transport-launch container and an aiming device. Effective target interception range of RBS-70 NG MANPADS using a BOLIDE-8 km rocket, and a height greater than 5000 m.

It is planned that in the near future, the Pantsir-С1 air defense missile system will be adopted.

Ctrl Enter
Noticed oshЫbku Highlight text and press. Ctrl + Enter
We are
Saab has signed a contract with the NE of Brazil for the supply of RBS-70 MANPADSThe 20 rating of the largest arms deals, decisions on which were made in 2012
Military Reviewin Yandex News
Military Reviewin Google News
7 comments
Information
Dear reader, to leave comments on the publication, you must sign in.