Russian rocket cruiser was discovered off the coast of the UK? 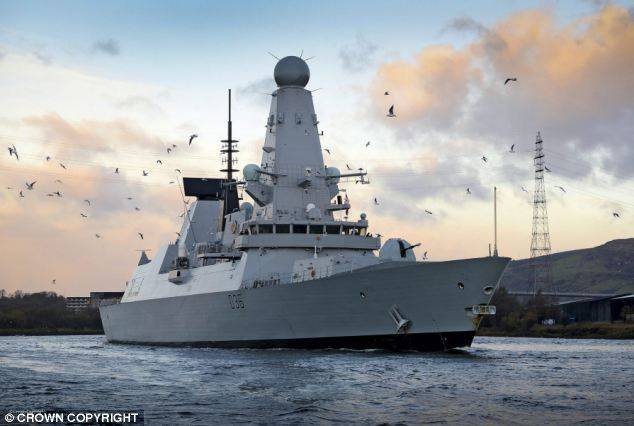 This incident occurred a few days before Christmas and caused a real shock to the British government. After finding the ship almost in its territorial waters, a meeting of the command of the Navy and Air Force in a bunker near London was urgently convened to coordinate the response. Everything that happened was classified at that moment.

Reconnaissance aircraft began tracking the progress of the Russian warship as it was approaching Northeast Scotland. Tension increased when reports arrived that the Russian ship was fully loaded with missiles and ready for battle. Royal Command fleet Considering the military power of the Russian cruiser, it decided to send its new ship, Type 45 destroyer HMS Defender, which, however, was the only one able to advance to the designated area. 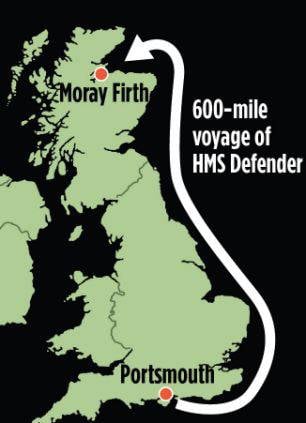 The Russian ship was waiting for the reaction of the British fleet to stop in the area of ​​Moray Firth.

The ship "Type 45 destroyer HMS Defender" was at that moment in the dock of Portsmouth. He was forced to make a 600-kilometer hike along the coast, which would reach the zone of the location of the Russian missile cruiser. Due to cuts in the British military spending budget, there are no sea patrol vessels patrolling off the coast of Scotland. The military department of Great Britain stated that, “It wasn’t training, the Russian ship was very aggressive in waters closely bordering British territorial waters. Our planes began to observe him and it was decided that HMS Defender should block the advance of the Russian ship. The tense confrontation began after HMS Defender reached Moray Firth and tried to establish the intentions of the Russian cruiser. Our ship was ready for battle and its captain and crew knew that this was a real deal and they were ready to fight. " The ship commanders exchanged messages on the radio, trying to establish each other's intentions. The fire did not open, but the crews of both ships occupied combat positions, sending weapons in the direction of each other. Then the Russian ship just started the engines and headed north to the Baltic Sea. The ship of England then sailed back to Glasgow.

The UK military did not give the exact date of the incident, but it is assumed that the development of the situation began on December 20 2013, writes dailymail.co.uk. According to the version of Russia, the ships followed to Syria and took refuge in the bay from the weather. British experts believe that in this way Russia checked the speed of response of the British Navy. The Scottish National Party strongly criticized the British government for the decommissioning of Nimrod aircraft that patrolled the water area. In addition, representatives of the party noted that not a single warship was deployed in Scotland to respond to this kind of situation.

The original of this news on British dailymail.co.uk: Battle stations! The Navy scrambles the British coast (but it doesn’t take it?)

The comments of Jonathan Eyal, an expert on Russia, are interesting from there.

He added: This is a case in point.

"This was what they were doing." They were saying, “We are back in the North Sea and we are powerful.”

It would be necessary to withdraw.

'The Russians may also be inspecting nuclear installations in Scotland, with a view towards the independence referendum. If you’re no longer a part of Britain.

Free translation: The Russian fleet, which is gaining strength and expanding spheres of influence, wants to display a flag in the North Sea and floats as close as possible to the national waters of Britain. Russians understand exactly what they are doing. They kind of say: "We are in action again, we are again in the North Sea, and in general we are power!" They knew well how far they could go and when they needed to roll away. Russians could also check atomic facilities in Scotland on the eve of the referendum. Well, at the same time to check what can oppose Scotland, if it ceases to be part of Britain.