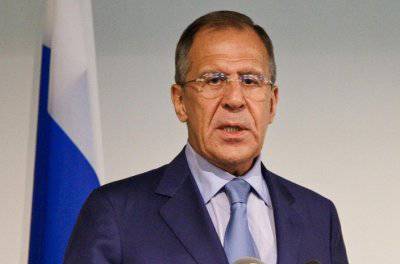 The Russian Foreign Ministry has condemned politicians who are still trying to divide terrorists into “right” and “wrong” depending on the geopolitical tasks being solved. Apparently, Russian diplomats have forgotten how Hamas and Hezbollah terrorists were received in Moscow with cordiality.

“We will not retreat and we will continue a tough and consistent struggle against an insidious enemy who knows no boundaries and can only be stopped together. Criminal attacks in Volgograd, as well as terrorist attacks in the United States, Syria, Iraq, Libya, Afghanistan, Nigeria and other countries , organized according to a single pattern, they have the same general inspirers ... it is becoming more and more obvious that some politicians and “political technologists” who are still trying to divide terrorists into “right” and “wrong” depending on the geo-location they are trying to divide This kind of flirting has repeatedly come back as a boomerang and led to the most tragic consequences, "the report says. “Terrorism is always a crime, and the punishment for it must be inevitable. Today, more than ever, a single condemnation of terrorism and genuine international solidarity is needed to counter it, the ideology of violence and extremism that feeds it,” the ministry concluded.

The message of the Ministry of Foreign Affairs of Russia cannot but cause surprise. Indeed, over the past few years, official Moscow has stubbornly refused to recognize the terrorist organization Hamas, whose militants have cut short the lives of hundreds of peaceful Israelis. Unlike the United States, Israel, and the European Union, Russian diplomacy tried to build ties with the leadership of the organization that came to power in the Gaza Strip as a result of the bloody coup in 2007. The leaders of the Islamist group were received with honor in the capital of the Russian Federation.

The words of the Ministry of Foreign Affairs of the Russian Federation are especially absurd if we recall the previous statements of the spokesman for this department, Andrey Nesterenko. Recall that in May 2010, the Israeli Foreign Ministry issued a statement expressing dissatisfaction with the meeting of the then Russian President Dmitry Medvedev with the head of the Hamas political bureau Khaled Mashal. Israeli diplomats recalled that Hamas is no different from Chechen terrorists, and Mashal from Shamil Basayev, and that terrorists cannot be divided into good and bad by geographical affiliation. Nesterenko replied that Hamas is “not an artificial structure, but a movement that relies on the trust and sympathy of a significant part of the Palestinians,” which means it can and should be contacted.

In October, the delegation of the Lebanese Hezbollah 2011 was cordially received by the chairman of the international affairs committee Konstantin Kosachev and its vice-speaker, LDPR leader Vladimir Zhirinovsky in the State Duma of the Russian Federation. At the Russian Foreign Ministry, delegates were received by the ex-ambassador to Israel, Deputy Foreign Minister Mikhail Bogdanov. Recall that Russia, unlike Israel, the United States, Canada, Britain, the Netherlands, Australia and even Egypt, does not consider Hezbollah a terrorist organization. Apparently, the massive shelling of the civilian population of Israel does not allow the Russians to rank them as terrorists ...

Interestingly, the peak of contacts with Hamas and Hezbollah fell on the presidency of Dmitry Medvedev. Vladimir Putin, who formally advocates dialogue with Hamas and Hezbollah, avoids meetings with representatives of these terrorist organizations. Perhaps, understanding the terrible terrorist attacks in Volgograd a month or so before the beginning of the Winter Olympic Games in Sochi, the president decided to "change the record", and at the Foreign Ministry, catching the mood of the owner, immediately spread the message that seemed so ridiculous.

Comments on the article on the site http://izrus.co.il

Stas Shubaev · Best commentator · School No. 8 Makhachkala
Only, respect for the memory of the dead, does not allow to express everything that has become painful. Kremlin ..., among the countries affected by the terror did not name Israel. Even at such a moment, the creatures do not forget about their Hamas friends.

Adylov Gvyshniy · The best commentator · Chief at RCML laboratory
Stas Shubaev! Correctly you noticed and very accurate! Who else would agree to buy, even at bargain prices and even barter, their weapon! It is, after all, no one and everyone knows it! Well, now build a military-industrial complex to start working on the present. Who can do this in Russia? Putin? No need to make my slippers laugh. They are all masters without exception ... from the high tribune. They can't even fix a stinky positioning system (GPS). Hence this hatred of Israel. After all, the United States and Israel to keep only thanks to high technology. If Abdullabekov had such a technological system, they would have devoured Israel in a second! And there is nothing to resent. As you know: "Tell me who your friend is and I will tell you who you are." Why did Stalin become bad? Yes, because he forced me to work and did not give to steal. And now they have the most Vasya!

Guy Kosovsky · Safed
The limit of hypocrisy. It is a pity that Lavrov, Kosachev and Zhirik were not in the field of the terrorist attack. It didn’t hurt to include Medvedev in this company. It's a shame that the population suffers because of these two-faced people.

Sergey Karatusha · Best commentator
Guy Kosovsky, this is not only hypocrisy. This is a policy, a policy based on blood money that does not smell for people like Lavrov. For them, this is a business and "under the carpet games" - for the people it is the fear of the future and the pain of loss.

vernik44 (logged in with yahoo)
Thanks to the author of the article. I wrote about this in the Russian forums. And if, honestly, I have gloating. I know that sin - I repent! Let them try our "piece of bread." And this is only the beginning of terrorist attacks in Russia. Sochi ahead ...

Semen Turin · Best commentator · School №3 Then №39
Leaves, Kholodov, Starovoytova, Politkovskaya ... killed the Soviet authorities, kills the current authorities of all conscientious and honest people! As a result, people become like a flock of sheep without a leader, without lighthouses! He can be manipulated by any gangster and bastard! As a result, the Russian people are a herd of drunks and marazmatik! Therefore, to be surprised at the support of terrorists by the “leaders” is simply naive! Maybe after these terrorist attacks, something will reach the population and people will understand that there is no foreign misfortune! The terrorists began to “educate” Russia! And not only. Europe and the USA are next! As always, any crap starts killing Jews, cums everybody!

Yury Gurevich · Top commenter · Tel Aviv
The terror that they have always supported (for example, Arafat!) Is returning to Russia with a boomerang. They thought that this would not affect them. And this is far from the end - I think that this is only the beginning. But I do not want to rejoice at the grief of the victims because of the stupidity of their leadership of people.

Nastya Boyko · Best commentator · KMI
hey you are truth lovers .. and to whom Israel sells weapons .. and probably Santa Claus ... necha to blame the mirror ... ISRAEL And RUSSIA has a keen control in the Indian and Chinese arms markets .. Israel also sells .. to Pakistan iiiiiii..aim 4's favorite brothers Arab states ... Algeria .. Egypt .. Ohh .. Marocco .. With whom by the way does not support friendly relations .... so we will not be asked ...

Gleb Koutoukov · Property at Photokonkurs.com - Regular Photo Contests With Prizes
Idiots enough for everyone. The Russian government does not recognize Hamas and Hezbollah as terrorists. And the Americans and Europe do not recognize the terrorists Caucasian terrorists. As long as Europe, America and Russia do not dismount from their trees, they will, but in fact we will blow up, shoot and cut us one by one. And they will not get off the trees - it's all about the grandmothers. You just have to get used to living with it, as Israel has been living for more than 60 years. As long as countries share what they share, they will divide terrorists into their own and those of others, freedom fighters and terrorists. There will be no lack of frames. It is always a problem to find a person who would take an old man to the hospital. But to find a "man" who will kill a couple of dozens of unfamiliar children, old men, women and men is pretty easy (judging by the number of terrorist attacks in the modern world).