The future of Europe is in the East, not in the West 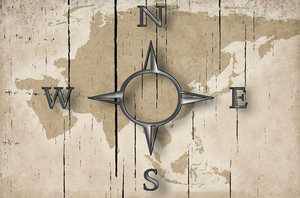 The future of Europe is in the East, not in the West


The European Union is facing a real dilemma: for decades, economically, militarily and politically, this union of states has focused on the declining US, while Europeans depend on energy supplies from Russia. Perhaps it is time to rethink the relationship with the eastern neighbor?

An analysis of the current situation shows that the current European geopolitics is a clear threat to the future development of the continent and its people. We, Western Europeans (that is, as I understand us, politicians, media workers, the majority of the population, blinded by the unprecedented one-sided propaganda of the establishment against Russia) have been focusing our economic, political and military activities for decades on a country that, guided solely by its egoistic goals, as if octopus shrouded the globe and wipes its feet on international law, when it pleases it - the United States.

It is a country that not only contains a Guantanamo prison camp that is contrary to international law, but also stubbornly opposes to extradite its own war criminals to the international tribunal. However, she persistently seeks the extradition of war criminals from other nations. We are talking about a country that, using so-called anti-terrorism laws, monitors worldwide, allows using drones to kill an incalculable number of citizens in other countries (since they are supposedly terrorists), overthrows the leadership of other states, occupies them, and we must dutifully to participate in this.

We help our “transatlantic friends”, whose policies are determined by lobbyists and the military-industrial complex, and even aim now to conclude a “free trade zone”, which will allow concerns to stand on a par with state apparatus. We are talking about "friends" who listen to us and follow us so that their concerns will receive significant advantages.

Who allowed such an irresponsible policy that, as a result of the bankruptcy of Leman, turned into an unprecedented crisis of finance and real estate? Our kleptocratic governments and bonzes in Brussels, which are influenced by lobbyists from the financial sector, have done everything to ensure that the plutocrats could hold the whole world by the throat after a while.

Russia is not our enemy

Nevertheless, Russia, which with the advent of V.Putin’s leadership in it, has become a real alternative to hedonic administration in the West, which has punctuated the kleptomania oligarchs and removed them from their cases, is portrayed as a rogue state. This is not because Russia, mainly for religious reasons, erased homosexuality from the public sphere (in this case, the entire Muslim world, as well as such states as India should have been targeted), but for the reason that Russia does not give plutocracy to manipulate oneself, as was the case during the rule of B. Yeltsin’s “drinker”.

And if the German press is outraged by the arrest of the Pussy Rayot group that criticizes the government, it forgets that this practice already exists in Germany for a long time. There, musicians performing songs critical of the government are subject to fines or arrests. Only one difference: basically the "right" groups are punished. However, in the case of Ukraine, the German press is not worried about the right or left orientation - the main thing is that the fragmented opposition in this country should be “pro-European” and “anti-Russian”. And it does not matter that the right-wing extremist Ukrainian party “Freedom” closely interacts with the German ultra-right National Democratic Party, whose activities they are trying to ban.

We, the “Westerners,” are threatening Russia with deploying missile bases on our eastern border, and Putin has no choice but to place missile launchers on Russia's western borders. And if, before the First World War, first of all, the British and French did everything to leave the German Reich no other alternative than war, now it seems that Russia is becoming a victim of the current deterrence policy. Today’s headwashing in the Western media increasingly resembles the one that took place in England and France in relation to Germany before the First World War.

Russia is not our adversary, neither are the US our friends. If European states want to have a future, then we must completely rethink our geopolitics. We should not treat the United States better than Russia or, for example, China. Being a resource-poor continent, we should not create an enemy image in the face of our resource-rich neighbor. We, the “Westerners,” who themselves have more than enough problems, have no right to act as moral apostles, all the more so, guided by some dubious considerations.

Of course, we can express our bewilderment at some domestic political events in Russia, but at the same time we should not forget that the door in our own house remains unlocked. Similarly, we must pay attention to the deficiencies in the United States and other countries. Either we treat all countries equally, or we continue to stupidly follow the path of foreign policy polarization. However, it should be clearly understood that in the latter case, we are entering the uncertain future, being blind in one eye and relying on the political course of Washington, with a high probability - not on the right knight.

A good blacksmith always has enough forging for iron in the furnace: in the event of an error, he can safely work on. In this regard, it is not clear why we Europeans are putting the reins of our future into the hands of the Americans, instead of determining the direction of movement. What are we going to do if our current traction horse - the USA - is lame and starts failing? We rightly have a reputation as vassals and "voluntary workers". Therefore, we cannot be trusted in the rest of the world. Neither the Russians, nor the Chinese, nor in the Islamic world. In this regard, we need substantial “emancipation” from the United States and closer cooperation with those countries that, for ideological reasons and because of political blinders, are being defaulted by us.

By "We (Western) Europeans" I mean politicians and the media, as well as the majority of the population that blindly follows an unprecedented unilateral propaganda harassment against Russia.

Ctrl Enter
Noticed oshЫbku Highlight text and press. Ctrl + Enter
We are
Results of the week. “I will ask you not to offend our bird”Situational analysis of the death of the MH17 flight (Malaysian Boeing 777), made on the basis of engineering analysis from 15.08.2014
Military Reviewin Yandex News
Military Reviewin Google News
53 comments
Information
Dear reader, to leave comments on the publication, you must sign in.