January 6 2014
182
Anything can happen. What is clear now - the world should go along with the Russian idea. This idea - the fight against terrorism. The one who resists will pay a high price. Putin is not joking when it comes to the security of his country. 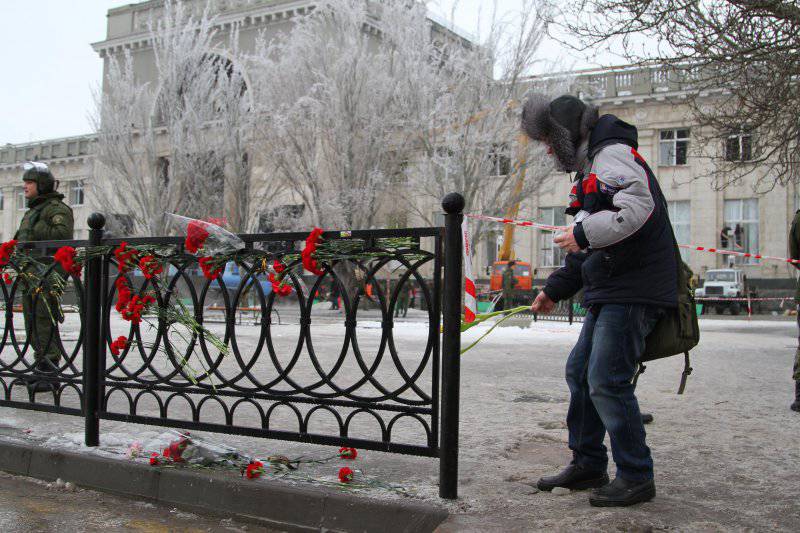 The following is a translation of the article by Sami Kaliba, published in the Al-Akhbar 31 newspaper in December 2013.

Official representatives of the Russian Ministry of Foreign Affairs did not wait for the results of the investigation. They stated that the criminal attacks in Volgograd, as well as the attacks of terrorists in the USA, Syria, Iraq, Libya, Afghanistan, Nigeria and other countries, are organized according to a single piece, they have the same general inspirers. And against this phenomenon a joint, international action is needed. It is also necessary to prevent the outbreak of sectarian strife.

Those who plan jihad went to war with Russia. There is no doubt that President Vladimir Putin, the man called the prestigious British newspaper The Times Man of the Year, from the moment the first bomb exploded in Volgograd, began to ponder his reaction.

And to understand the course of his thoughts, you need to look at the general background of what is happening around Russia.
The explosions occurred after Putin emerged victorious from the battle for Ukraine. With the speed of a lion, he singled out 15 billions of dollars to the sister state - and pulled the carpet out from under the feet of the Europeans. The explosions also occurred on the eve of the Winter Olympics in Sochi, which is scheduled to begin on February 7.

But the battle has now been moved to the heart of Russia. Putin constantly received warnings that the threats converge at one point, and her name is Russia. The reason is his refusal to succumb to pressure and stop supporting Syria and Iran. Those who know say that he answered the threats: I will cut off the hands of those who will extend them to Russia.
The explosions were staged after significant progress was made towards Geneva-2. Russia wants this conference to be held under the banner of the war on terror. Washington and some of its allies resist. Perhaps they will not be able to remain in this position after the blood shed in Volgograd.
The explosions were staged after Putin and his foreign minister, Sergey Lavrov, raised their voices and demanded that the countries of the region stop smuggling weapons extremist groups in syria. After the blood spilled in Volgograd, the world will not be able to say that they require too much.

It's not just America. Russia pressed in this direction, and got the result. The State Department just a few days ago stated that the leaders of the countries of the region should “take effective measures to prevent the funding and recruitment activities of terrorist groups, primarily the Islamic State of Iraq and Syria and Jabhat al-Nusra, and stop the flow of militants heading to Syria and Iraq” .

After the blood spilled in Volgograd, Washington will have to move from words to action, and deal with its allies in the Gulf countries, and not only. Some Gulf states directly encourage terrorism on Russian soil. This is a red line. This is a red line that Putin has spent. Forgot about how the former Chechen President Zelimkhan Yandarbiyev was blown up in Qatar? Forgot the liquidation of Salim Yamadayev in Dubai?

What will happen if it turns out that behind the attacks in Volgograd is an Arab political force, an Arab state? Will they be hit back against their territory and against their interests?

It appears that Putin will not tell the world that he is a victim. Putin is demanding that the world help him in the war on terrorism. And there has already been a shift. Turkey begins to act, to prevent the infiltration of terrorists into Syria. They say that Qatar is moving in the same direction. More active is the Lebanese army.

But Saudi Arabia remains the main front ... Putin made it clear to the head of Saudi intelligence, Prince Bandar, where a red line is drawn. The prince tried to convince him that Iran, Hezbollah and President Assad were the causes and driving forces of terrorism. But Putin knows where the terror comes from in the former Soviet republics. Putin knows that he needs Iran.

Before blood was shed in Volgograd, the murder of the former Lebanese minister, Mohammed Shatah, shook the world. Former Prime Minister of Lebanon Fuad Siniora declared war and vowed to free Lebanon from illegitimate weapons. Another former prime minister, Saad Hariri, said bluntly that Hezbollah and Syria were behind the murder. Bahrain accused Syria of transferring explosives to its territory. From Riyadh, there were curses from French President Hollande to Syria. And Saudi Arabia has allocated three billion dollars to support the Lebanese army.

Rumors are spreading about the political steps of President Michel Suleiman against his enemies. Tensions on the Lebanese-Israeli border jumped. Palestinian refugee refugee camp Ain al-Hilweh boils. In southern Yemen - the slaughter. In Iraq, the blood of innocent victims of terrorists.

All this, at first glance - isolated events, but nothing can prevent to consider them as links in one chain. In the region - the worst conflict in the last century. International agreements are faced with stubborn realities on the ground. What should the Lebanese army do in exchange for the money it received? To fight terrorism? Or fight with Hezbollah? How is the murder of Shatah with these questions?

Anything can happen. What is clear now - the world should go along with the Russian idea. This idea - the fight against terrorism. The one who resists will pay a high price. Putin is not joking when it comes to the security of his country.

Ctrl Enter
Noticed oshЫbku Highlight text and press. Ctrl + Enter
We are
African "Caliphate". Northern Nigeria follows in the footsteps of the Middle EastSituational analysis of the death of the MH17 flight (Malaysian Boeing 777), made on the basis of engineering analysis from 15.08.2014
Military Reviewin Yandex News
Military Reviewin Google News
182 comments
Information
Dear reader, to leave comments on the publication, you must sign in.