Geopolitical implications of the European integration process in the Middle East 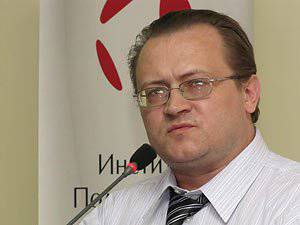 The Customs Union of Russia, Kazakhstan and Belarus has emerged recently, but there is a precedent for such a union, by the example of which we can approximately see the main development trends of the countries participating in the Customs Union of the three countries, unless a political force majeure happens. This is the Union State of Russia and Belarus, created in 1999 year. Belarus and Russia have a customs union within the SG.


The customs union of the three is in many ways a repetition for the three countries of the path that Russia and Belarus have been following for a long time. Using the example of the IG, we can see the main problems to be solved by the three countries within the framework of the Customs Union and the main expected results of Eurasian economic integration. It should also be noted that the conclusion of the customs union of the three allowed to remove some of the important for Belarus exemptions from the Customs Union that exists between Belarus and Russia within the framework of the SG. This is, first of all, the introduction of gas prices for Belarus at the level of one of the northern regions of Russia and the elimination of customs duties on Russian oil and petroleum products supplied to Belarus.

As a result of the existence of both customs unions between Russia and Belarus, the latter was able to maintain its processing export-oriented large-scale industry, and also to move on to a large-scale modernization of this industry. Belarusian producers compete on equal terms with Russian manufacturers in one large market, in fact, in the Russian market. Belarusian manufacturers also received competitive advantages for their presence in the markets of neighboring countries that are members of the Customs Union.

This allowed Belarus to dramatically increase the export of a number of goods outside the Customs Union. First of all, oil products to Ukraine and to EU member states. Over the last three years, oil refining in Ukraine has almost disappeared, unable to withstand the competition in its market with the products of Belarusian and Russian refineries. Belarus receives a high surplus in trade with the European Union due to exports to the EU countries, primarily petrochemical products. This surplus partially covers the deficit in trade with the Russian Federation, provides a program of total technological modernization of the industry. Nefteevro pumped into other sectors of the economy.

The development of the Customs Union of the three countries and its development into the Eurasian Economic Union, as well as its expansion at the expense of Kyrgyzstan, Tajikistan and Armenia, will create in these countries the same conditions for successful investments in those sectors that depend on energy prices. Investors will make sense to seriously think about investments in recycling. That should gradually create new jobs in these countries and restrain the outflow of the population to Russia.

None of the other integration associations, apart from the CU, gives these countries any prospects of preserving or renewing the industrial character of their economies. For example, the course towards association with the EU, as the example of Ukraine demonstrates, entails a sharp drop in the competitiveness of national industry and the destruction of its entire industries.

The CU member countries are becoming attractive for large investment projects focused on the markets of neighboring countries. The example of Belarus shows that membership in a single CU with Russia dramatically increases the attractiveness of its territory for large investment projects when relying on foreign investment. In some cases, this entails the prospect of a radical change in the entire regional geopolitics in the region where Belarus is located. The same positive consequences are inevitable for other countries participating in the CU.

The largest projects that became possible after the conclusion of the CU in Belarus was the construction of a nuclear power plant and the emergence of, the beginning of the implementation of the Chinese-Belarusian industrial park.

The Belarusian NPP not only provides significant economic advantages to the Belarusian economy. A nuclear power plant also, it is possible, will expand. Statements have already been made by the leadership of Rosatom and the President of Belarus on the possibility of turning it into an export-oriented station, on the construction of more than two power units there. Thus, the TS made it possible unprecedented in stories the whole of Eastern Europe, the project of turning Belarus into an important source of regional energy generation. And where energy is, there is politics. The CU made it possible to discuss the issue of regional leadership of Belarus in its part of Eastern Europe.

A similar project in Kyrgyzstan is the construction of a number of hydropower plants on high-mountain rivers. In Tajikistan, the project for the completion of the Rogun hydropower station and the construction of a number of other hydropower plants. In Armenia, such a project is likely to be a nuclear power plant expansion project. In all three cases we are talking about the transformation of the participating countries into regional energy donors, which will complement the positive impetus to their industrial development through the equation of energy prices with Russian enterprises.

TC sharply increased the transformation of Belarus into a transport hub throughout Eastern Europe. In recent years, a program has been created for this function in Belarus and is being implemented to build more than 50 logistics centers, as well as a large-scale modernization of railways. Ahead - the construction of high-speed railways in the direction of Moscow, Warsaw and Kaliningrad. Similar projects are inevitable for all three countries - potential participants of the CU (Kyrgyzstan, Tajikistan, Armenia). For Armenia, this means, most likely, the emergence of projects to modernize the routes of communication with Russia through Georgia and, especially, the routes of communication with Iran.

After the conclusion of the CU of the three, the largest of the announced investment projects in Eastern Europe became possible - the Chinese-Belarusian industrial park near Minsk. 90 square meters are allocated for this kind of special economic zone. km of territory near Minsk. It is expected that this park will take $ 15-30 billion for investment in high-tech manufacturing facilities for 35 years. And this despite the crisis next in the EU.

Armenia, Tajikistan, Kyrgyzstan will also be the object of interests of the most diverse groups of international capital. It is difficult to say now what a similar project can be for Armenia. But at first glance, it should be that they will use potentially cheap NPP energy and access to the Iranian market. Just as Belarus within the CU has chances to turn into the industrial, economic core of its part of Eastern Europe, so Armenia could try to turn into the industrial center of the adjacent part of Iran, maybe Georgia and part of Turkey. In any case, this topic can be discussed today. Within the framework of any other of the real integration associations, where these three countries would enter, it is impossible to raise such topics in principle.

The capabilities provided by the vehicle are not automatic. Only a strong national state can take advantage of these opportunities. The CU creates conditions for increasing the competitiveness of national producers, but it also requires and creates the possibility of strengthening all the institutions of the national state. Big business needs to be controlled.

The CU does not provide for the creation of very strong supranational political bodies. The CU, unlike the European Union, is a union of nation states. The CU strengthens precisely the nation states. An example of relations between Belarus and Russia demonstrates this point especially vividly. It is unlikely that anyone will doubt the ability of the President of Belarus to control the situation in his country and his inability to protect the interests of Belarus in the international arena. It is unlikely that anyone will also doubt the similar potencies of the President of Kazakhstan. A strong state will become possible to create in three new potential members of the CU.

Moreover, the stimulation of the emergence of a strong effective state in these countries, the recovery of local societies from corruption and a number of other social problems will most likely be one of the main conditions for their membership in the CU. And the main tasks of the CU in the framework of the transition period of these countries to full membership in the CU. One can imagine what the geopolitics of the regions where these countries are located in will mean the cumulative effect of the industrial and investment impetus to their development within the CU and at the same time create strong efficient states in these countries.

Thus, the CU entails a sharp increase in competitiveness and regional geopolitical significance of the participating countries. The CU provides chances for the transformation of the participating countries into regional leaders and into social rehabilitation of local societies. No other integration project provides such prospects today. The greater Middle East can receive, as the CU succeeds and expands, new centers of influence and attraction on its northern border. These centers can become sources of sustainable development and peace for their local regions. For this most complex geopolitical space, the emergence within its borders of new zones of stability and development is positive.