India, Australia and Qatar will be the largest customers of weapons in the short term 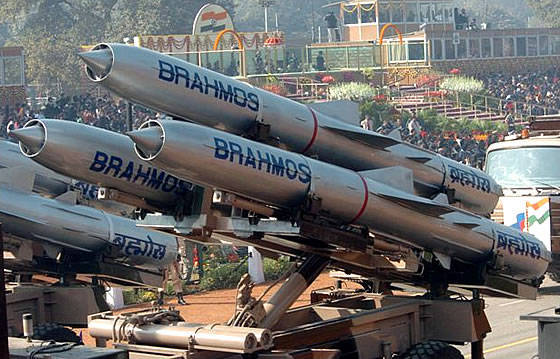 Three countries - India, Australia and Qatar - account for more than a third of the total value of the expected potential contracts for the import of weapons and military equipment, which are planned to be concluded in the short term.


The total volume of “transferring” potential contracts for the near future for the import of arms (the value of intentions) as of the end of 2013, TSAMTO estimates at $ 469 billion dollars.

In the calculation for each importing country are taken into account:

- completed tenders for the purchase of military hardware, contracts with the winners of which are not signed in the 2013 calendar year;

- Tenders announced in 2013 year (decisions on the choice of winners have not yet been made);

- Tenders announced earlier and held during 2013 (decisions on the choice of winners have not yet been made);

- stated intentions for tenders in the future;

- stated intentions for the direct purchase of weapons;

- joint programs for the development of military hardware of exporting countries with importing countries, taking into account the announced volume of purchases by importers of relevant types of weapons.

The calculation takes into account promising procurement programs on the basis of data available to TSAMTO at the end of December 2013.

Of course, the dynamics of the volume of newly concluded arms import contracts will depend on the situation in the global economy. This issue was discussed in detail in a material published by TSAMTO in the public domain 27 December and dedicated to the global volume of "transferring" potential contracts for the near future for the export of weapons.

In general, at the moment in the rating TSAMTO by intentions for the purchase of weapons includes 81 country.

The first place in the ranking in terms of the value of intentions for arms procurement is occupied by India (with a large margin from other countries) - 94,083 billion dollars (20,06%).

These three countries account for 37,41% of the total volume of potential arms import contracts in the near future.

The top ten have accumulated the value volume of “transferring” potential arms import contracts in the short term for the amount of 322,532 billion dollars (68,78%).

The second dozen accumulated the value of the “transferring” potential arms import contracts in the short term to the amount of 78,537 billion dollars (16,75%).

For reference: China with a volume of about 2 billion dollars takes only 31 place.

The third dozen have accumulated the value volume of “carry-over” potential arms import contracts in the short term for the amount of 38,029 billion dollars (8,11%).

Ctrl Enter
Noticed oshЫbku Highlight text and press. Ctrl + Enter
We are
The volume of "transferring" potential contracts for the export of military hardware to the future is 469 billion.Armored Vehicles Market in the Middle East in 2005-2012 and forecast for 2013-2016
Military Reviewin Yandex News
Military Reviewin Google News
24 comments
Information
Dear reader, to leave comments on the publication, you must sign in.