Year of insight of mankind 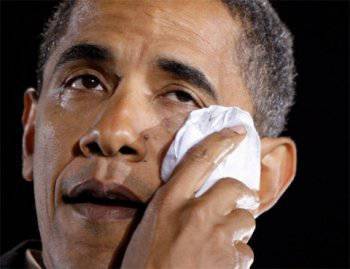 The past year has summed up numerous grounds for the prospect of breaking the established world-centered world order. It was a year of insight. So what is the sight of humanity?

Cypriot epiphany: robbery is an acceptable way of Western policy

“For insight, the next step should be followed by a set of political decisions”

It turned out that the crisis is produced by the Western model of development itself. Those countries of the periphery that were most economically connected with the West are more susceptible to the crisis waves produced there. Cyprus events have shown that no individual deposits in banks are insured against withdrawals, if we are talking about the direct interests of the West. Cyprus has demonstrated that “civilized” looting in the modern world is permissible.

Syrian epiphany: the USA is an aggressor state

The events in Syria led to the positioning of the United States as the main global expansionist. Russia and China have blocked in the UN Security Council a decision by the United States to actually overthrow the Assad regime. The attempt to enlist in approving the invasion of Syria with the support of a world majority also failed. To get involved in the Syrian conflict under the auspices of the Americans even their NATO allies refused.

Chinese insight: the spread of Western values ​​- the path to the de-sovereignty

Integrating into the global economy, China has long abstained from direct ideological opposition to the United States. The way out of the "hibernation" was the circulation of a circular among the members of the Central Committee of the CPC, which spoke of the subversive significance for China of the spread of Western values. On the main issues of the world political agenda, the PRC has taken an anti-American position.

Egyptian epiphany: the US has no allies, but interests

The overthrow of Mursi in Egypt dispelled the illusion of a US alliance with the Muslim Brotherhood. The US has never been, and cannot be, an ally of traditionalist forces. Islamist forces were used by them to their advantage. As soon as certain geopolitical contradictions appeared between them and the USA, the project of the “Arab spring” was curtailed. Allied relations did not become an obstacle to US support and anti-Erdogan uprisings in Turkey. All of this gave reason to think of other, considered traditional, allies of the United States, such as Saudi Arabia.

The Snowden Case found that the United States is not only a global expansionist, but also a global spy. It turned out that even the leaders of the allied European states were being followed. In this regard, there was a certain tension in relations between the United States and Germany.

Venezuelan epiphany: US opposition is possible

The past year has dispelled the myth of American invincibility. Despite all the information and financial resources involved, the Chávez successor Nicolas Maduro won the elections in Venezuela. This actual defeat of the USA meant for South America a continuation of the ideology of the new Bolivarian project. Barack Obama had to retreat in the directions of Syria and Iran.

Russia began the year 2013 with the adoption of the "law of Dima Yakovlev," which challenged the United States. Anti-American rhetoric has in fact become the rhetoric of a new power positioning in Russia. Initially, the line of differentiation of attitude towards Europe and the USA was maintained. Opposition was conducted against militant Americanism, but not against Europeanism. However, during the year it became clear that the West is united in its anti-Russian position. Europe categorically rejected the adoption in Russia of a law prohibiting the propaganda of homosexuality in Russia. The campaign to organize a boycott of the Sochi Olympics began. European integration was sharply contrasted with Russian reintegration. Ukraine has become a field of direct collision of two projects. Never before in the "color revolutions" the question of the attitude of the West - Russia was not formulated so explicitly.

Of course, all of the above points of 2013 insights of the year were realized before. But before that they were not formulated in such a definite way, they did not define a public and, especially, an official agenda for the calls being discussed. Rubicon crossed. For insight, the next step should be followed by a set of political decisions. Civilization confrontation West - the rest of humanity is there. We are entering the 2014 year ...

Ctrl Enter
Noticed oshЫbku Highlight text and press. Ctrl + Enter
We are
The world we leave, the world we enter, and the world between themMilitary reform as an integral part of the security concept of the Russian Federation: Systematic dynamic assessment
Military Reviewin Yandex News
Military Reviewin Google News
79 comments
Information
Dear reader, to leave comments on the publication, you must sign in.