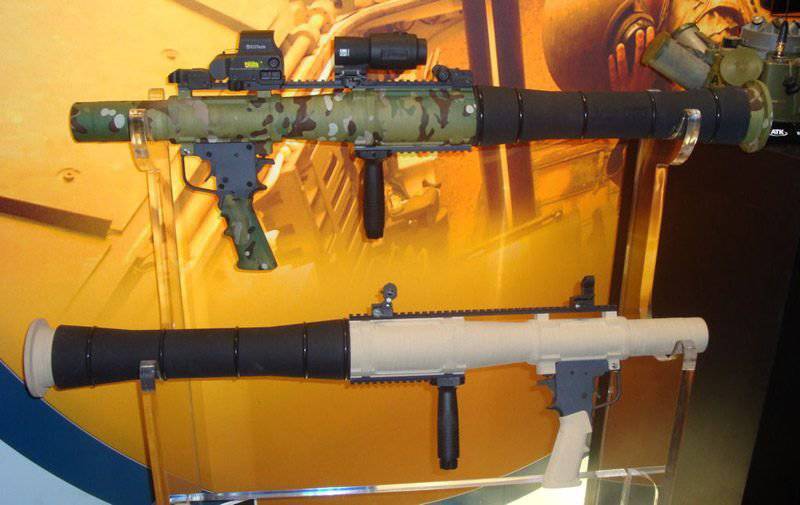 State Enterprise "Izium Instrument-Making Plant", which is included in the Ukroboronprom group of companies, completed the development of working design documentation for the manufacture of a new generation sight for a hand-held rocket launcher.

“The plant has developed a special sight on the instructions of the State Communal Design Bureau“ Luch ”. Today we have completed the development of working design documentation for the product, which was called the “Scope of a PRG rocket launcher”. It has quite a lot of features that distinguish it from outdated Soviet counterparts. The sight has a number of possibilities, including the measurement of the distance to the target and the speed of its movement. This is its main advantages. In addition, if the old Soviet sight does not provide shooting at a distance above 500 meters, then our calculated minimum is at 1,2 kilometers, and even at all 1,5 kilometers, ”said Valery Kovalenko, chief designer of the SE IPZ.

The sight is designed to search and escort lightly armored and unarmored vehicles, as well as manpower in shelters and outside them at the time of launch of a rocket (grenade) at a target. The scope includes an optical sight and a compact rangefinder. The optical viewer contains a projection micromonitor, which displays the aiming mark, information on the distance to the target and a signal of readiness for firing. The laser range finder provides a measurement of the distance to the target of the type “tank” at distances from 70 m. To 1200 m. Information about the distance to the target is transmitted via a digital channel to the launcher.

It is planned to equip this gun with a hand-held rocket launcher developed by the State Design Bureau “Luch” based on the version of the Korsar ATGM designed for firing an unguided rocket. Such a grenade launcher, according to experts, can become a real competitor for such world-famous hand grenade launchers as the Russian (Soviet) RPG-7, the American SMAW and the German Panzerfaust 3.

Today GP "Izyumsk instrument-making plant" carries out the manufacture of two prototypes of the new sight.