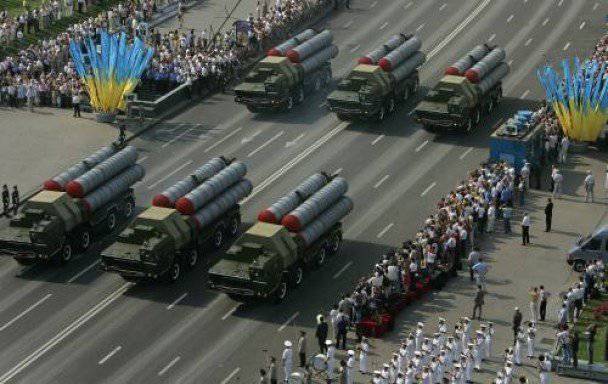 SE "Ukroboronservis" is a leading enterprise of the national defense industry, which provides repair, upgrading and extending the resource of anti-aircraft missile systems C-125 "Pechora", "Buk-М1" and C-300 PT / PS 5PS in the interests of the Ministry of Defense of Ukraine and foreign customers. This was stated by the director of the company S.Mikityuk.

“In general, by the current period in the interests of the Armed Forces of Ukraine, we have extended the resource of eight C-300 complexes and two Buk complexes. To date, we are carrying out work related to the repair of two anti-aircraft missile systems C-300PS for the Ministry of Defense of Ukraine. In 2014, in the first decade of February, we plan to make the delivery of another C-300 complex, and in the first half of the year - the Buk-М1 air defense system, - said S. Mikityuk.

He stressed that if funding is available from the Ministry of Defense of Ukraine, the enterprise is ready to annually repair and extend the resource with three S-300 PT / PS systems, one Buk-M1 and one command post of the 5H83C system.

S. Mikityuk also recalled that in the 2013, Ukroboronservis had a major overhaul of the C-300PS air defense system in the interests of the Ministry of Defense of the Republic of Kazakhstan. After repair, the complex was tested at the Sary-Shagan test site, during which four missile launches with one hundred percent impact were made.

In addition, according to S. Mikityuk, Ukroboronservis has mastered the modernization of the Pechora C-125 air defense system. “In 2010, live firing was conducted at the“ Chauda ”test site. As a result, following the results of these combat shooting, an export contract was signed. Today there are prospects for this work with other countries as well, ”said the director of the company.

He also noted that the design and production practices developed at the Pechora C-125 allowed Ukroboronservis to begin upgrading the Soviet-made Volga and Kvadrat anti-aircraft missile systems that are in service with many countries. “At the moment we are approaching the stage of conducting experienced combat shooting both one by one and the second systems. We carry out these works with an eye to the presentation in the interests of the foreign customer, ”said S. Mikityuk.