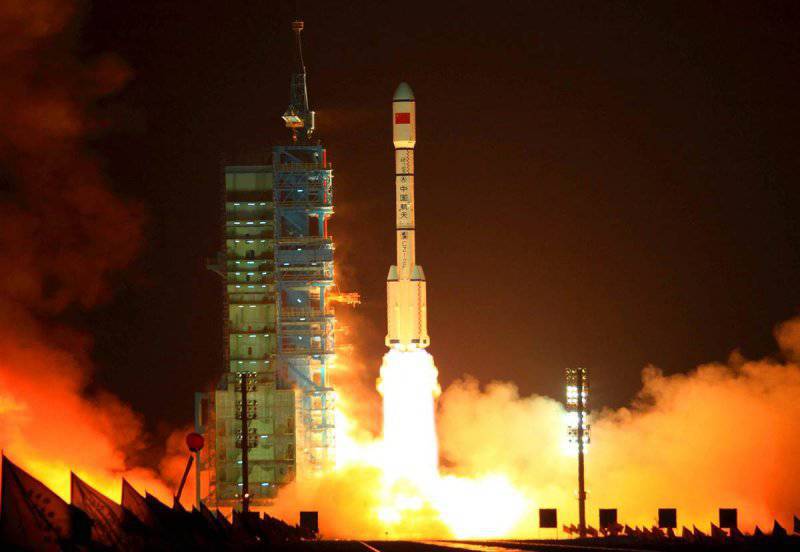 At present, China is among the top five space powers of the world. The successful development of outer space is largely predetermined by the level of development of satellite launch facilities, as well as cosmodromes with launch and control and measurement complexes. China has four spaceports (one under construction).

Jiuquan Cosmodrome - is the first Chinese cosmodrome and missile range, it operates from 1958 year. The cosmodrome is located on the edge of the Badan-Jilin desert in the lower reaches of the Heihe River in the province of Gansu, and is named after the city of Jiuquan, located in 100 kilometers from the cosmodrome. The ground at the spaceport has an area of ​​2800 km². 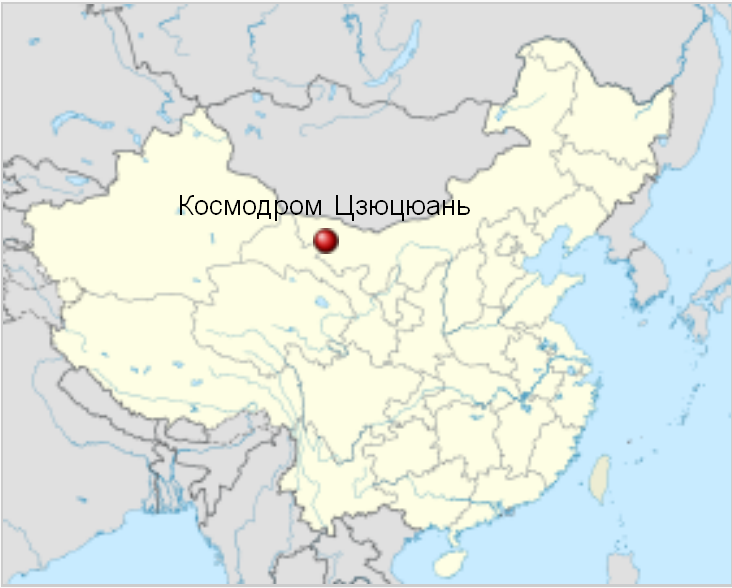 Jiuquan space center is often called the Chinese Baikonur. This is the very first and until 1984 of the year the only rocket and space range of the country. It is the largest cosmodrome in China and the only one used in the national manned program. Also performs launches of military missiles. Since 1970-1996. 28 space launches were made from the Jiuquan cosmodrome, of which 23 was successful. Mainly, reconnaissance satellites and spacecraft for remote sensing of the Earth were launched into low orbits. 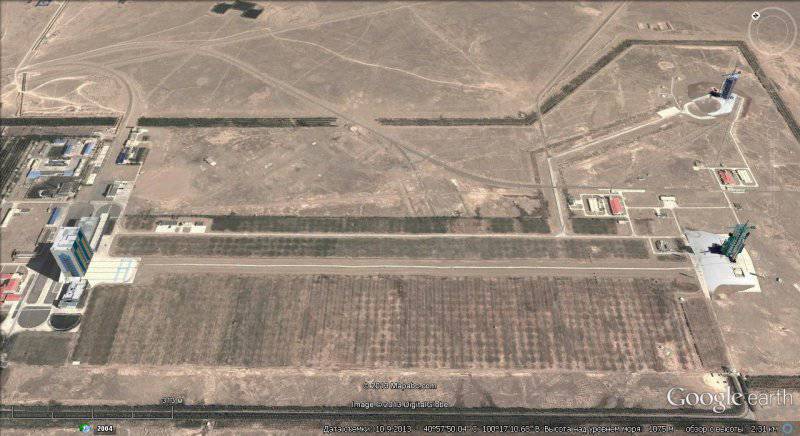 In the 90-s, China had the opportunity to provide commercial services to other countries for the removal of payloads on near-Earth orbits. However, due to its geographical position and limited azimuth sector of the launch, the Jiuquan space center is not able to provide a wide range of such services. Therefore, it was decided to make this space center the main base for launching guided spacecraft.
To this end, in the Jiuquan cosmodrome in 1999, a new launch complex and a building were built for the vertical assembly of new powerful PH CZ-2F. This building allows for the assembly of three or four RNs simultaneously with the subsequent transportation of the missiles to the launch site on a movable launch pad in an upright position, as is done in the US with the Space Shuttle system. 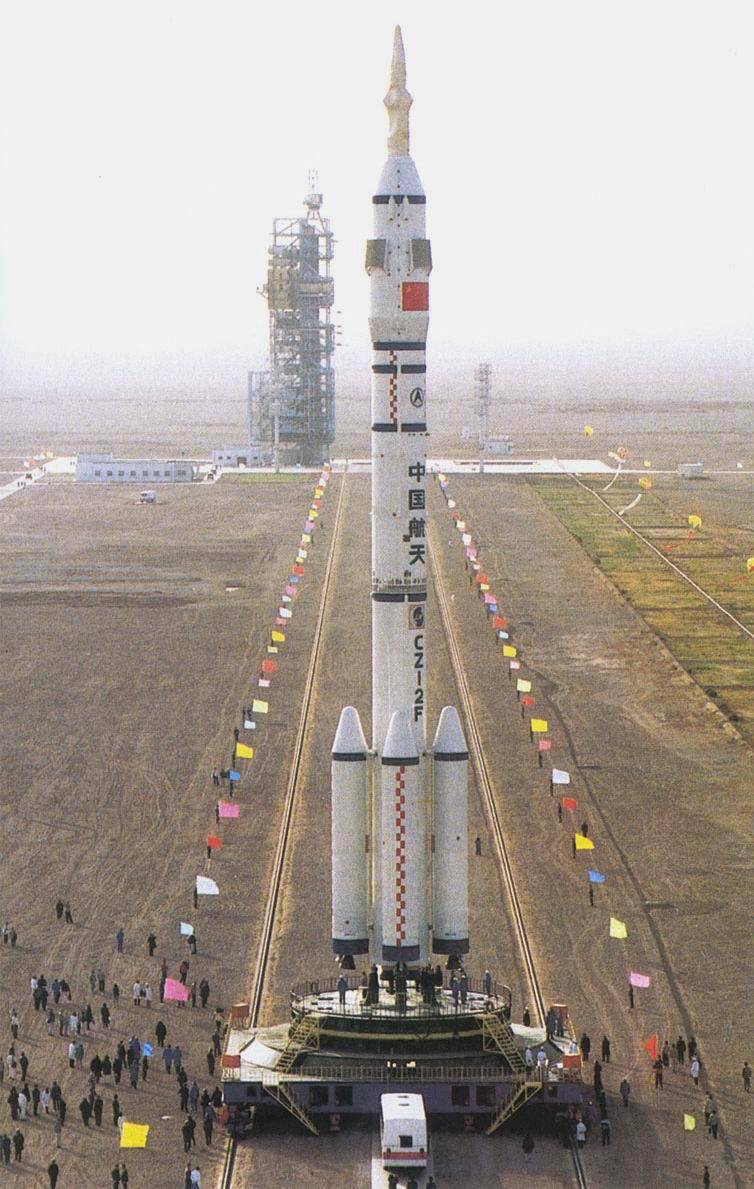 On the territory of the operating launch complex there are two launchers with ground-power towers and a common service tower. They provide launches of the PH CZ-2 and CZ-4. It is from here that the manned spacecraft is launched. 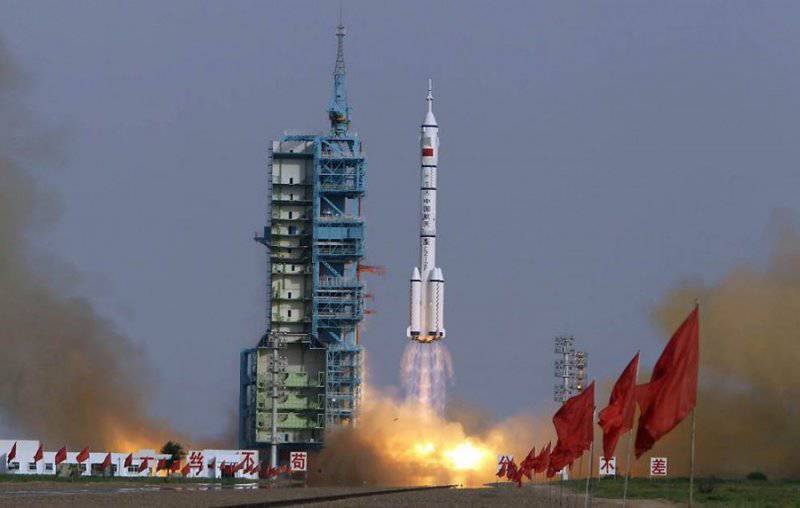 After the successful launch of 15 in October of 2003 of the year - the Shenzhou spacecraft, China became the 3-th in the world of space power with manned cosmonautics. 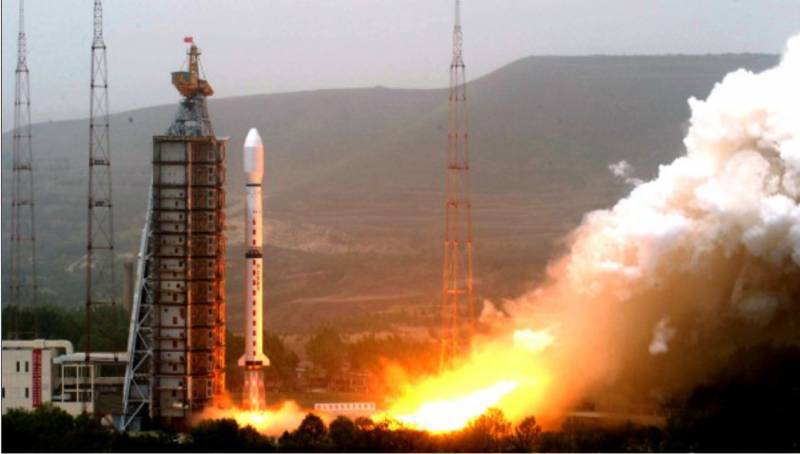 To implement the manned program in China, a new management complex was created, including a control center (PCO) in Beijing, ground and command and measurement points. According to cosmonaut V.Ryumin, the Chinese Mission Control Center is better than in Russia and the USA. There is no such center in any country in the world. In the main hall of the MCC, in five rows, there are more than 100 terminals for presenting information to the management team, and on the front wall are four large display screens to which a three-dimensional synthesized image can be displayed.

In 1967, Mao Zedong decided to start developing his own manned space program. The first Chinese spacecraft "Shuguang-1" was supposed to send two astronauts into orbit as early as 1973. Especially for him in the Sichuan province, near the city of Xichang, the construction of a cosmodrome, also known as the “27 Base”, was started. 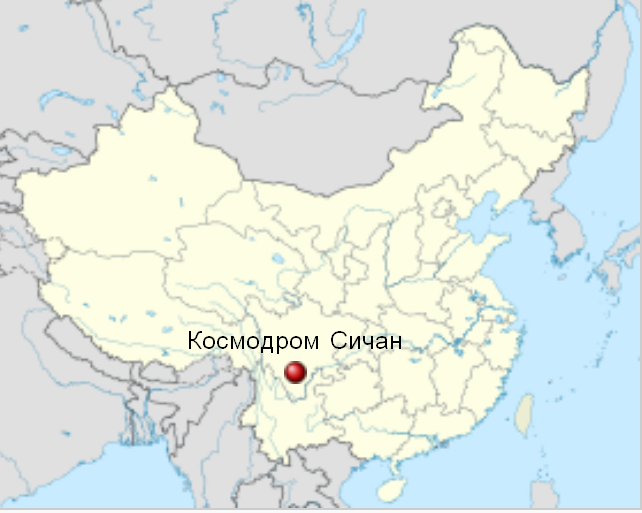 The launch site was chosen according to the principle of maximum distance from the Soviet border; moreover, the cosmodrome is located closer to the equator, which increases the load thrown into orbit.
After the funding for the project was reduced in 1972, and several leading scientists were repressed during the cultural revolution, the project was closed. The construction of the spaceport resumed after a decade, ending in 1984 year.
The spaceport is capable of producing 10-12 launches per year.

The launch site has two launch complexes and three launchers.
The first launch complex provides: assembly, pre-launch preparation and launch of carrier rockets of the middle class of the CZ-3 family (“Great campaign-3”), starting mass up to: 425 800 kg. 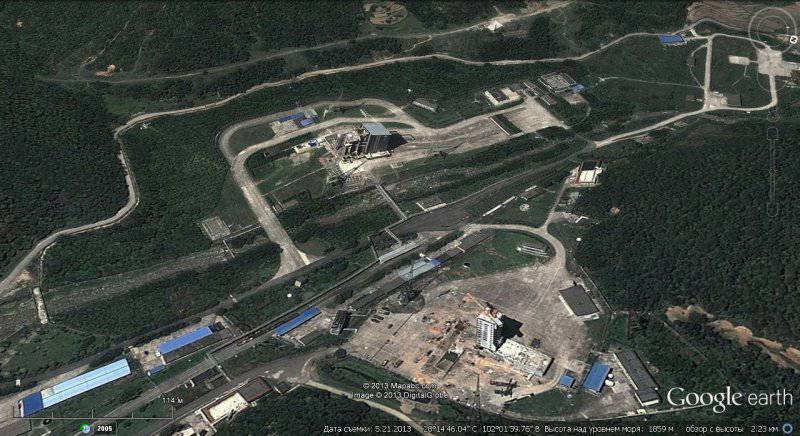 Currently operating missiles modification CZ-3B / E. The first launch took place on 14 February 1996 of the year, however it turned out to be abnormal. After 22 seconds after the launch, the rocket fell on the village, destroying the Intelsat 708 satellite on board and killing several peasants. Nine subsequent launches of the CZ-3B and two launches of the CZ-3B / E were successful, with the exception of one partially unsuccessful. In 2009, the CZ-3B booster rocket brought the Indonesian satellite Palapa-D to a lower orbit from the planned orbit due to abnormal third-stage operation. However, the satellite later was able to automatically adjust its orbit.

The first launch of CZ-3B / E took place on 13 on May 2007, then the telecommunications satellite NigComSat-1 was put into geosynchronous orbit. October 30 2008, the Venesat-1 satellite was put into orbit. 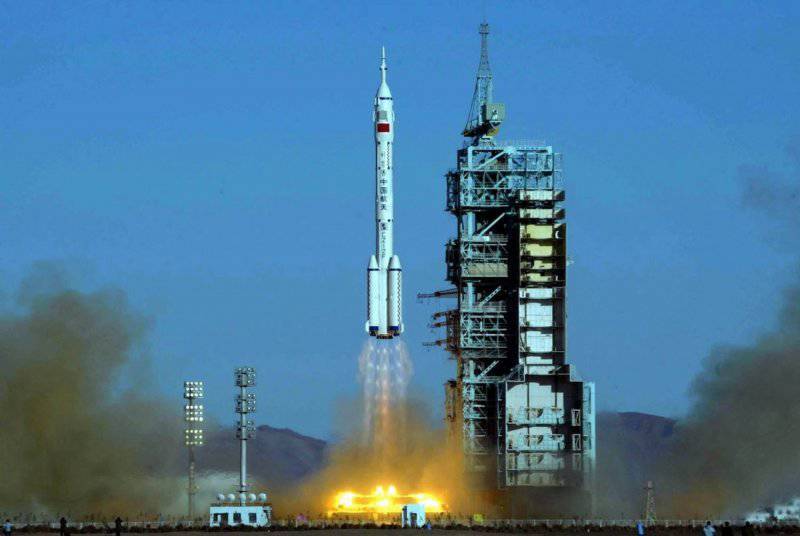 The second launch complex has two launchers: one is designed for launches of heavy-duty CZ-2 families, the other - PH CZ-3A, CZ-3B, CZ-3C.
The three-stage heavy-class launch vehicle CZ-2F (“Great Trek-2F”), with a starting mass up to: 464 000 kg, like many other Chinese missiles, is the direct heir of the ballistic missiles that were developed in China. The main difference lies in the ability to carry a large payload due to the additional booster blocks in the first stage of the launch vehicle.

To date, the launch vehicle of this modification is the most "lifting". She repeatedly launched satellites into orbit, and also with her help manned flights are carried out.

Over the years of its existence, the Sichan Cosmodrome has already successfully completed over 50 launches of Chinese and foreign satellites.

The Taiyuan Cosmodrome is located in the northern province of Shanxi, near the city of Taiyuan. Valid from 1988 year. 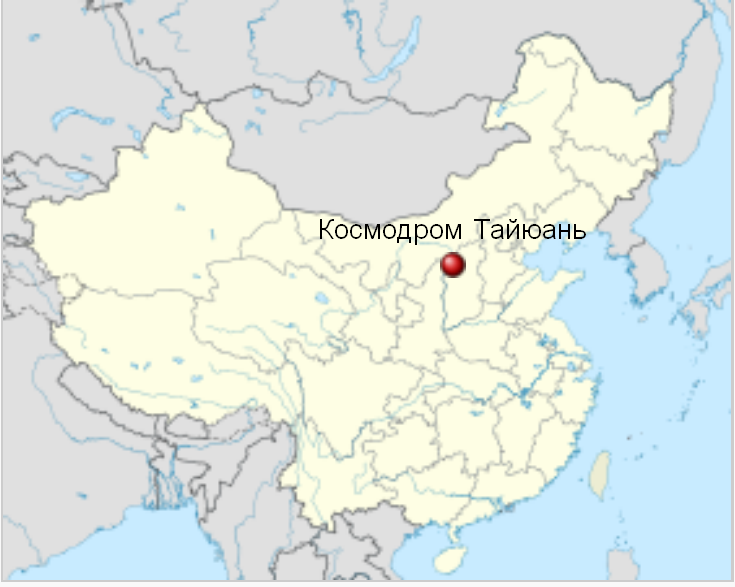 The area of ​​its territory is 375 sq. Km. It is designed to launch spacecraft into polar and solar synchronous orbits. 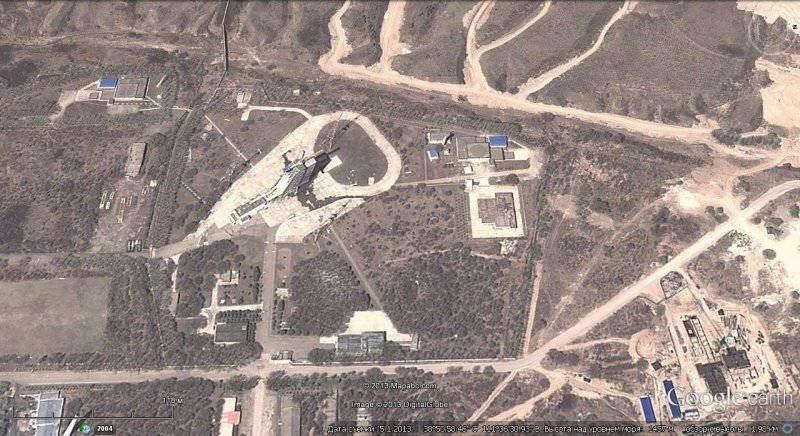 From this cosmodrome, remote-sensing spacecraft, as well as meteorological and reconnaissance spacecraft are being put into orbit. The launch site, a launcher, a maintenance tower and two liquid fuel storages are located.

This is where the launches of the PH type are: CZ-4B and CZ-2C / SM. The rocket carrier CZ-4 is based on the PH CZ-2C and differs from it in a new third stage with a long-lasting fuel.

The fourth Wenchang space center under construction is located near the city of Wenchang on the northeast coast of Hainan Island. The choice of this place as a site for the construction of a new cosmodrome is primarily due to two factors: firstly, proximity to the equator, secondly, its location on the seashore with convenient bays, which facilitates the delivery of СZ-5 launch vehicles -5) heavy class with a starting weight of 643 000 kg, from a factory in Tianjin. The future space center for the project will cover an area of ​​up to 30 km2. The first launch of the CZ-5 launch vehicle at the Wenchang launch site is scheduled for 2014 year.

Today, China demonstrates the highest rates of space exploration. The volume of investments and the number of scientific programs in this area significantly exceed those of Russia. To speed up the work, every year hundreds of Chinese specialists receive education in specialized educational institutions around the world. The Chinese do not stop and direct copying, so much in the Chinese manned ship "Shenzhou" repeats the Russian spaceship "Soyuz". 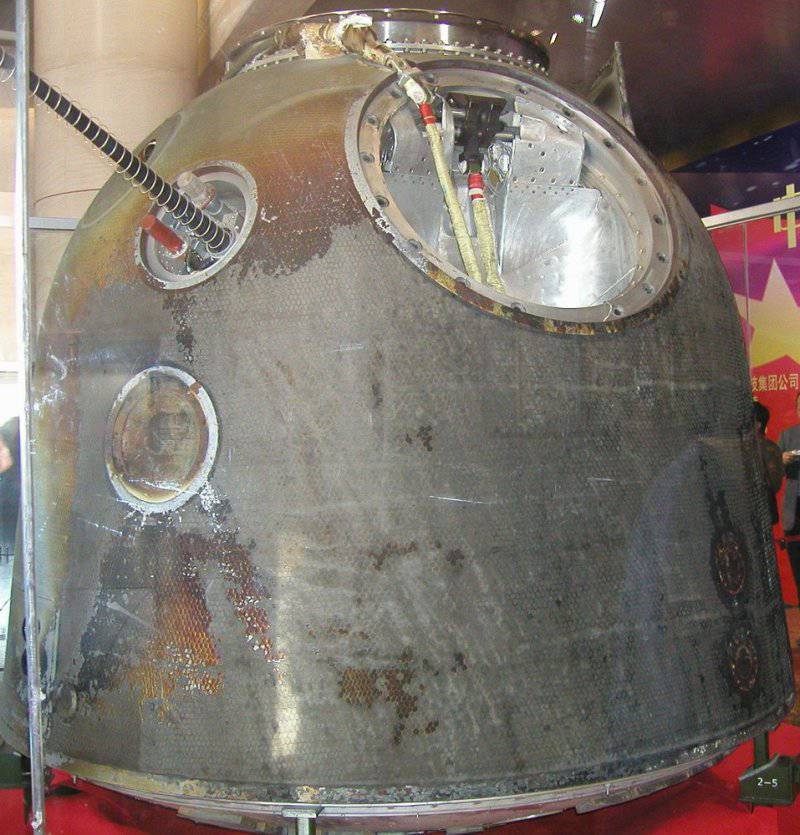 The descent vehicle of the ship "Shenzhou-5"

The entire design of the ship and all its systems are almost completely identical to the Soviet spacecraft of the Soyuz series, and the orbital module was built using the technologies used in the Soviet space station Salyut series.

The Kuru Cosmodrome is located on the coast of the Atlantic Ocean, on a strip approximately the length of 60 km and the width of 20 km between the towns of Kourou and Sinnamary, 50 km from the capital of French Guyana - Cayenne. 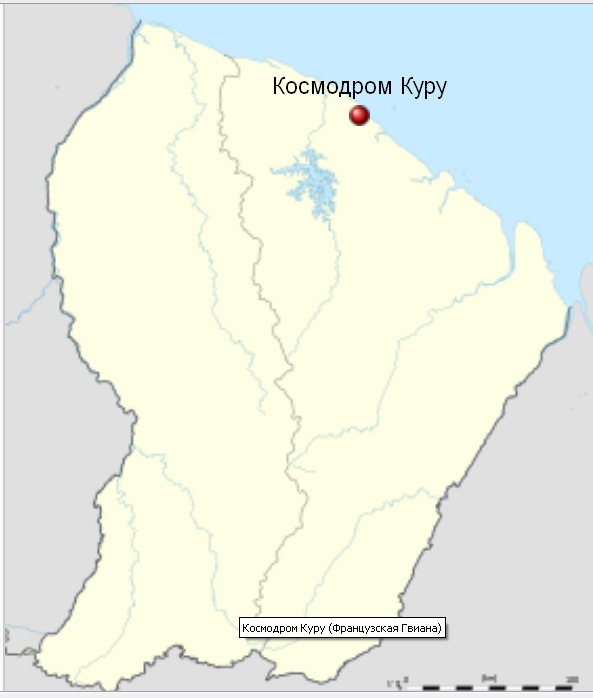 The Kuru Cosmodrome is very well located, just 500 km north of the equator. The rotation of the earth gives the carrier an extra speed of 460 meters per second (1656 km / h) with the launch trajectory in an easterly direction. This saves fuel and money, and also prolongs the active life of satellites. 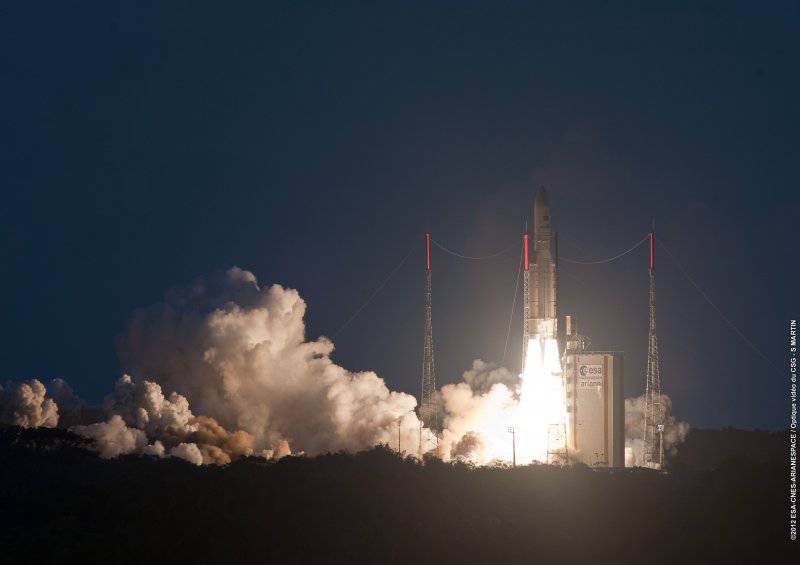 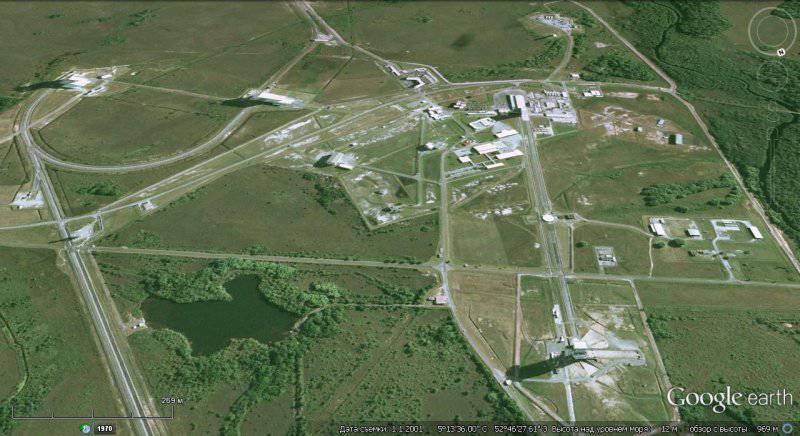 There are four launch complexes for the launch vehicle at the cosmodrome: heavy class - Arian-5, medium - Soyuz, light - Vega, and rocket-probes. In 2012, 10 launch vehicles were launched from the territory of the Kourou space center, which corresponds to the number of launches from Cape Canaveral. 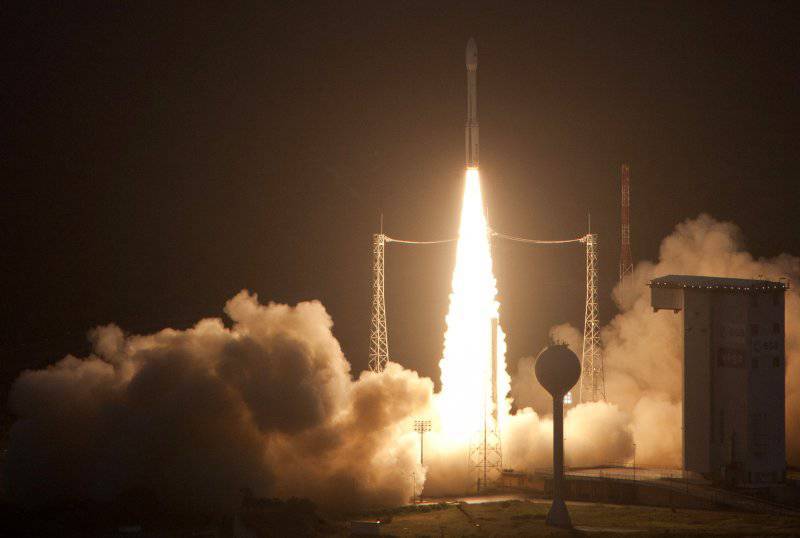