Japan does not see anything wrong with worshiping war criminals. Precedent?

December 30 2013
85
In the last days of the outgoing year, Japan was quite active in the news plan. It began with the Prime Minister of Japan Shinzo Abe visiting the temple and the Yasukuni War Memorial. According to us, he visited and visited, our politicians also periodically visit temples and participate in ceremonies on military memorials, which does not cause much excitement in society. But here you need to understand what kind of temple, and what kind of memorial it is. 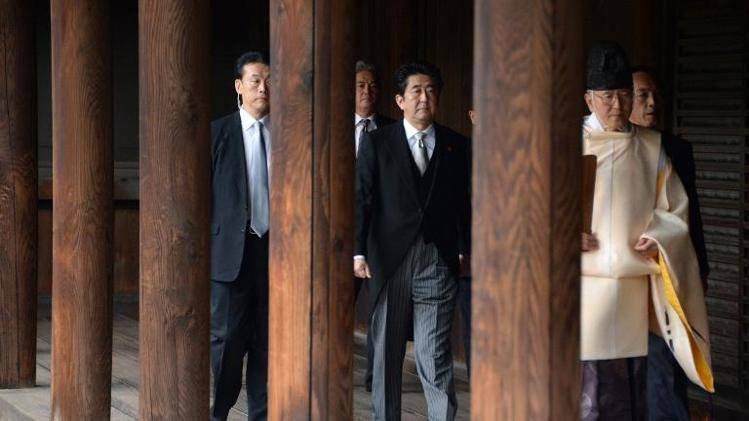 Yasukuni Jinja is a Shinto 1869 temple of the year, from many other similar temples of the Land of the Rising Sun, characterized by its focus on worshiping the souls of those soldiers who laid down their heads in the wars for Japanese statehood. And the main deity for worship in Yasukuni is the emperor of Japan. This, let's say, from the official "presentation" of the temple.

It would seem that there can be nothing particularly reprehensible in visiting this sanctuary with a memorial. Well, apart from the reprehensible identification of the emperor with a deity, but then democratic Japan, in the end ... However, the visit of Yasukuni to the Japanese prime minister caused a real barrage of criticism among Japanese neighbors. Most of all "on the nuts" Abe inherited from China, North Korea and the Republic of Korea (South Korea).

For example, a note was issued from the South Korean foreign ministry to Japan with an expression of “regret and anger”. Beijing sent a note to Tokyo with the words "a visit to Yasukuni by a high-ranking Japanese politician is absolutely unacceptable for all Chinese people." In North Korea, according to the established tradition, the largest portion of criticism with characteristic facial expressions and linguistic expression went to Japan from the speakers of the DPRK DH. Let's try to understand the reasons for such a painful reaction.

And the reasons for such indignation from Beijing, Pyongyang and Seoul are related to the fact that in Yasukuni temple on special plates are the names of more than 2,5 million who fell on the battlefields, who died from wounds or were executed by Japanese soldiers, officers and politicians, among whom are faces recognized by the international community (based on the decision of the international court) war criminals. According to the Shinto tradition, all of them are canonized saints-martyrs. Among such "saints" was, for example, 32 th Prime Minister of Japan Koki Hirota, who in 1948 years was sentenced by hanging by the International Tribunal of the Far East by hanging for planning and conducting military operations against China and for crimes against humanity. In addition to Koki Hirota, in the Yasukuni temple, among the "saints" are Hideki Tojo, Heitaro Kimuro, Saysiro Itagaki, and a number of other Japanese warlords and politicians executed after the end of World War II for crimes against humanity. 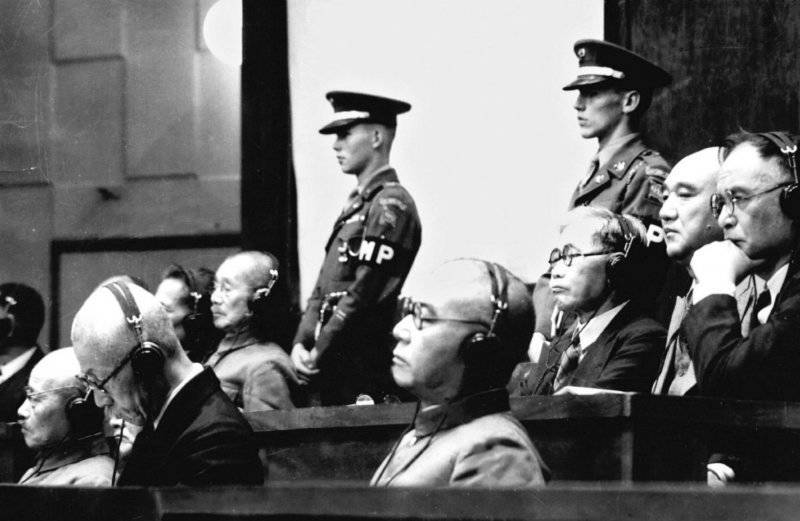 It is noteworthy that at the end of the 60s, the Japanese wanted to call even such a person “holy” as an Indian citizen Radhabinod Pal. It would seem, what attitude an Indian can have to a Shinto religion, which is especially prevalent in Japan ... Directly to religion, of course, none, but Judge Pal is the only judge at the Tokyo 1946-1948 process (an analogue of the Nuremberg process) who argued for that all Japanese accused of war crimes and crimes against humanity must be justified. For this, Japan in the 1966 year awarded Pala one of the highest Japanese awards - the Order of the Sacred Treasure, and after the death of an Indian lawyer in two temples in Japan (including Yasukuni) were erected entire memorial complexes in his honor. With the reckoning of the saints, Pal was nevertheless decided to “wait” ...

It is the above facts from stories Yasukuni temple and its memorial are the reason why Chinese and Koreans, against whom Japan once waged wars, are so negative about the visits to them by Japanese politicians.

Well, if you make any analogies, then with reference to the Yasukuni temple you could imagine the following hypothetical option (as they say, in the order of delirium): in Germany today there would be a temple in which the names would be inscribed in golden letters on the memorial plates for example, Adolf Hitler, Joseph Goebbels, Hermann Goering, or Alfred Jodl, with their portraits, half-icons, and in this temple, in his free time, or even being directly in the service, would have walked Angela Merkel ... If we allow this analogy, it becomes I am quite understandable resentment of Japan's neighbors, that militarism of Japan and its "solntselikih" fighters and commanders drank a grief ...

In this regard, the advance justification of my visit to Yasukuni, voiced by Shinzo Abe in the style of "I go to the temple as a sign of reconciliation and do not want to offend the feelings of the peoples of China and Korea," did not cause indulgence among the Chinese and Koreans, and this is also quite understandable . Well, this is about the same as saying “I am going to the parade of veterans of the Waffen-SS, but I don’t want to offend the feelings of the Russian, Belarusian, Ukrainian, Polish and other peoples” ...

Worshiping war criminals (and it just so happened that they got their special place in the Yasukuni temple along with the rank and file Japanese soldiers) is an international scandal. By the way, just before his entry (the second in a row) to the post of prime minister, Abe said that he would not continue the tradition of his predecessor Koizumi, who often went to the temple and Yasukuni memorial at the time. Frankly, Abe stayed on for a short time: 26 took office on December 2012, and exactly a year (day a day) decided to celebrate the anniversary of his tenure with a sensational campaign. Apparently, without this, it was not possible to achieve loyalty from the ultranationalist movements in Japan, which have recently been increasingly raising their heads, and not without the sympathy of the state.

Does Russia need to pass this, let's say, incident. Someone will say: yes, this Abe has surrendered to us, let him go where he wants, and let the Chinese and Koreans deal with him themselves - our hut is on the edge ... But in fact, the actual worship of the head of state to war criminals, in whose hands are hundreds of thousands innocent people, this is an extremely negative precedent not only regionally but also on a global scale. And the positions of "our hut from the edge" of other countries (besides the PRC, the DPRK and the Republic of Korea) are used by many modern Japanese politicians. Not so long ago, a whole parliamentary delegation of Japan consisting of more than one hundred and fifty people went to Yasukuni ...

If everything is left as it is, then in this case the same Germany, Hungary, Latvia (hereinafter referred to as the list) may well say: why can Tokyo be, but we can't? .. Isn't it an outright attempt to revise the results of World War II and glorification of those Who stood on the position of justifying the outbreak of the most bloody war in the history of mankind? It is obvious that it is necessary for Japan to “explain it popularly” that such games usually do not end well. The UN resolution - as an option ... But only the UN is there a political will within the UN itself - is this a question.

Ctrl Enter
Noticed oshЫbku Highlight text and press. Ctrl + Enter
We are
Eastern turn: what is he carrying to us?Memory is immortal. Memorial to the fallen soldiers of the Red Army opened in Amvrosiyivka and the remains of soldiers reburied
Military Reviewin Yandex News
Military Reviewin Google News
85 comments
Information
Dear reader, to leave comments on the publication, you must sign in.