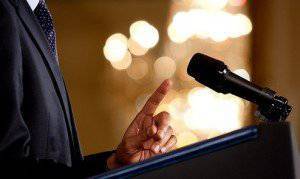 The opinion that the White House has become the main center of lies on the planet has become so firmly established in the consciousness of the world community in recent months that it is even impossible to find a person who could argue with that. Neither outside the United States, nor within them.


One after another, the scandals of revealing the deceitful policies of the Washington administration are clearly not adding to its credibility in the foreign and domestic arenas.

These are numerous publications in the last weeks in the media about the total listening by US intelligence agencies of US citizens and foreign leaders, disguised in the fight against terrorist manifestations of al-Qaida. Although everyone remembers bin Laden’s past close ties with the American establishment and the role of the White House and Langley in training and financing the activities of his henchmen in the fight against the Soviet Union on Afghan soil in the previous century.

This is a blatant lie published by the White House about President Obama’s implementation of election promises that "he will put all his strength in improving the welfare of the Americans." Result? - Already more than 15% of the US population lives in poverty, constantly malnourished and even unable to sit at the family table on Thanksgiving Day. At the same time, despite congressional protests, billions of budget funds continue to be spent on military spending and foreign intervention. Youth unemployment is growing, with the result that more than 54% of people between the ages of 18 and 29 have condemned Washington’s policy, according to a Quinnipiac public opinion poll.

Well, outright lies about the imaginary external threat to America does not generally go out of use. Thanks to her, Washington managed to launch an intervention in Iraq, then Libya, and a military operation was being prepared against Syria. Now, proclaiming a “turn to Asia”, the White House is building a new policy in the Asian region, with false statements scaring the public with a “Chinese threat” in order to squeeze out additional billions of dollars into new military programs and enrichment of Washington hawks. Representatives of almost all branches of the US government take part in such a fooling of Americans and the international community.

Did the statements of the US Secretary of State Powell from the UN podium before the invasion of Iraq with the brandishing of a vial with mysterious contents as evidence of S. Hussein be true? weapons mass destruction?

And the recent "evidence" of another Secretary of State, Kerry, about the alleged use of chemical weapons by Assad in Syria and the creation on this lie of a coalition of external forces for armed intervention in the SAR?

By the way, with respect to the latter fact, concrete evidence was presented to the American side of the groundlessness of this false declaration, submitted by a UN certified laboratory. However, the White House did not take them into account!

And just recently, new evidence of fraud by the US administration on this issue appeared. Pulitzer Prize-winning American journalist Seymour Myron Hersh published his own investigation, “Whose sarin?”, Demonstrating that the US government and President Barack Obama personally deliberately lied when they claimed that it was the Syrian government that used sarin poison gas last August. In his evidence, Hersh relies on information he received from sources in American intelligence and the Pentagon, who confirmed that the statements of the White House and the fraudulent propaganda propagated by him in the media were aimed at obtaining an excuse for an armed invasion of Syria and a change of ATS leadership there their henchmen, as well as complete control over this country. In his investigation, Hersh reveals in some detail how Washington and his allies planned to carry out a provocation with sarin through the jihadists of the Front al-Nusra and attack Syria, following the example of how the White House did it in the past with the attack on North Vietnam as a result of the falsified 1964. Johnson administration of the incident in the Gulf of Tonkin.

The criminal role shown by him in the “support” of the false policies of Washington in August this year deserves special attention in the investigation of Hersh. from American newspapers such as the Washington Post and the New York Times, which helpfully began to follow the instructions of the White House "to argue against the government of Assad."

It is quite indicative that the US media, which are strictly “on the defense of American democracy,” diligently strive to ignore this investigation of Hersh. Moreover, a number of them, in particular the Washington Post, refused to publish Hersh's materials, which he provided to them, thereby confirming that only the official lie of the White House has the right to exist in such publications.

In the coming days, President Obama will have to officially give a Christmas speech. No doubt, in his address to the American people and foreign citizens, he will talk about democratic values, human rights, and the fight against terrorism. Here are just listening to the head of the White House every day is becoming less, because people want the truth. And insincere, deceitful rhetoric only tires.

Ctrl Enter
Noticed oshЫbku Highlight text and press. Ctrl + Enter
We are
What you didn't want to know about EnglandInterview by President Bashar Al-Assad to the Sunday Times
Military Reviewin Yandex News
Military Reviewin Google News
23 comments
Information
Dear reader, to leave comments on the publication, you must sign in.