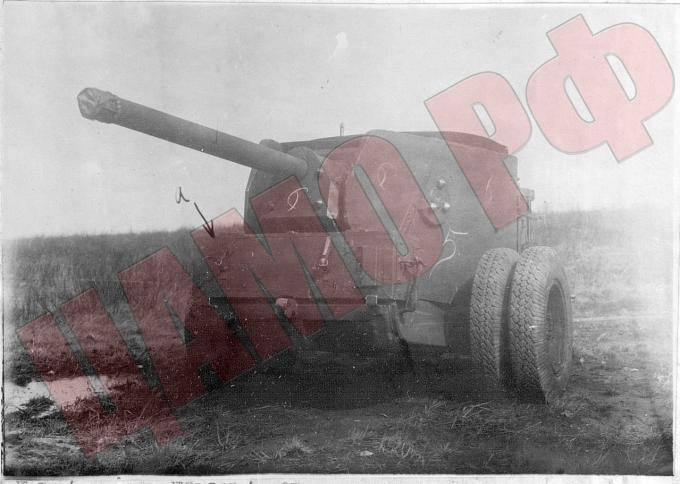 The PD-76 mobile long-term firing point was developed in the autumn of 1943 by OKB-43 as a mobile means of deterring enemy armored vehicles. As weapons, a 76-mm F-34 gun was used, the ammunition was 44 rounds. The unit was transported behind a truck, 4 people put it in a combat position in 25 minutes. In the spring of 1944, plant No. 371 (now LMZ) produced an experimental batch of PD-76, the price of one installation was 104 thousand rubles. According to the test results, it was decided to stop work, since the power of the F-34 system was already insufficient to fight the new German tanks.


View in the unfolded state: 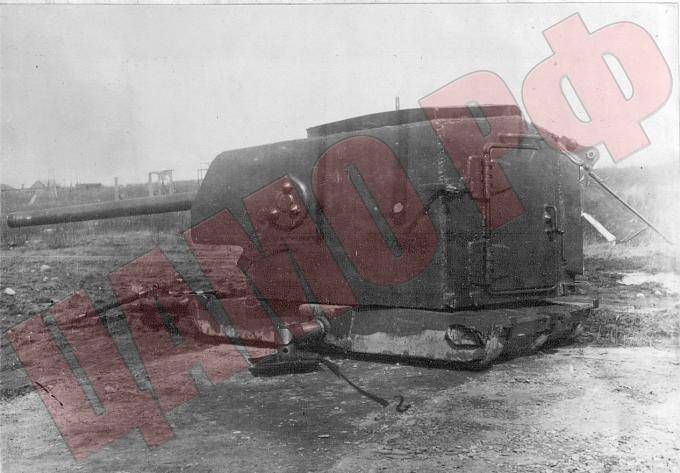