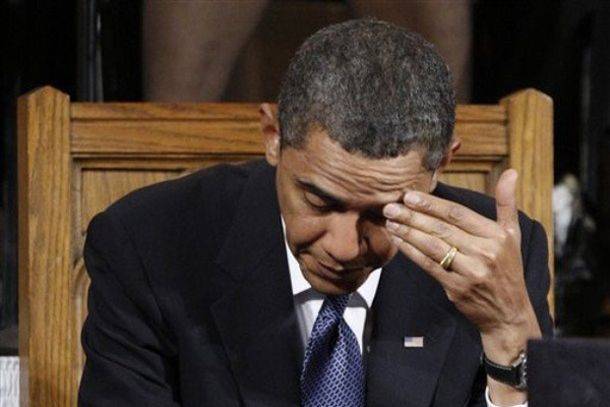 Whatever the current administration of the White House takes, it always has Obamacare and Shutdown.


Taxes in America are holy. Therefore, any problems arising from their accrual or payment receive a wide response and take on the character of a real disaster. On the verge of the latter is the situation with the new database of taxpayers, which the American Tax Administration (Internal Revenue Service, IRS) planned to launch in September 2012 of the year. Since then, the fiscal resource, designed to help US citizens to obtain the necessary information and documents, has not been brought to a functional state. After working only six hours in test mode, the base, designed for simultaneous maintenance of up to 30 000 users and designed to perform 400 000 operations at peak load, required such modifications that its creators grabbed their heads.

It turned out that millions of corrections had to be made to the resource materials, and checking only half of the database’s content revealed more than a thousand system flaws and miscalculations. Bringing to mind the brainchild of the IRS, the initial cost of 47 million dollars, by the most approximate calculations, will cost American taxpayers almost the same amount. And no one guarantees that even after such significant expenses the base will finally work. 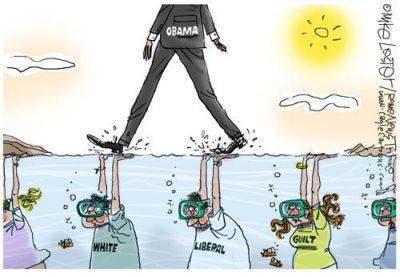 Following the tax reform, part of which is the substandard IRS product, frankly immigration is also stalled. Most American politicians and experts agree that in the near future the corresponding 1300-page bill will not be agreed by the White House and Congress. According to the political director of the NBC News channel Chuck Todd (Chuck Todd), the Barack Obama administration is not ready to bargain for this document with the Republican majority of the House of Representatives against the background of its other headache - the Affordable Care Act, better known by people as Obamacare.

The third reform launched by Barack Obama - health care, was rightly considered the key point of the program with which he was going to win a place in the Oval Office. True, today it is more likely to claim the title of the “weakest link” of this very program and is the main reason for the rapid drop in the 44 rating of the US President. And it's not the very idea behind the Affordable Care Act. The idea is good: to "overhaul" the US healthcare system, which has not changed since 60-s of the last century, and provide additional 15 percent of the population (which is almost 32 million) with medical insurance, which was previously inaccessible to them. Summed up the incarnation. More precisely - the site HealthCare.gov, on the virtual pages of which all interested US citizens could get or exchange health insurance policies.

Healthcare.gov and similar resources at the state level launched October 1. And immediately almost the same problems emerged as with the IRS base. Due to the numerous failures and failures of 20, the millions of people who have already visited this federal "insurance exchange" were able to issue less than 10 percent of the new policy. At the same time, every fifth of Obamacare lost the previous medical insurance because of the technical ability to apply for a new one.

The failed premiere of Barack Obama’s "Affordable Care Act" did not fail to take advantage of his political opponents from the Republican partner of the House of Representatives. In early November, Fred Upton, chairman of the Committee on Energy and Commerce, called the site “unusable,” accusing US health and social services Kathleen Sebelius and her subordinates of negligence. “Either these officials didn’t know how inefficient the system was, or they simply didn’t tell anyone about it,” said Upton. “Unfortunately, five weeks have passed since the beginning of this program, but the situation seems to be getting worse every day.”

Republican Congressman Phil Gingrey (Phil Gingrey) directly accused Obama and Sebelius of deceiving voters. And some of his colleagues expressed confidence that success in negotiations with Iran, which ultimately refused from its nuclear program, is a maneuver of the presidential administration, designed to divert the attention of Americans from problems with Obamacare.

The confusion grew into a scandal and reached such a scale that Kathleen Sebelius was forced to make public apologies to fellow citizens: “You deserve the best, I apologize. I am responsible to you for the elimination of these problems and I will make every effort to correct the website and gain your confidence again. ” And then it was time to repent for idle Healthcare.gov personally to Barack Obama. “We will do our best to help those who are in a difficult situation,” the US President promised and added that the government of the country will have to do hard work. However, neither Sebelius nor Obama explained to ordinary citizens why the Obamacare site was not tested in advance. Or why its development was entrusted not to the domestic, but to the Canadian company CGI. Could this be the reason for the fact that the cost of the work was in the end three times higher than planned !? “It’s hard to understand how the $ 93,7 million ceiling rose to $ 292 million,” said Scott Amey, general counsel for government oversight. If this happened in any other country, the White House would instantly start talking about corruption.

Of course, the cost to fine-tune the Healthcare.gov website is fading amid the total US budget expenditures required to implement the Affordable Care Act. According to the US Congressional Budget Office, Obamacare, calculated on 10 years, will ease the pockets of US taxpayers on 1,76 trillion. dollars. And, as calculated by staff at George Mason University in 2012, health care reform will increase the US budget deficit by 530 billions of dollars. 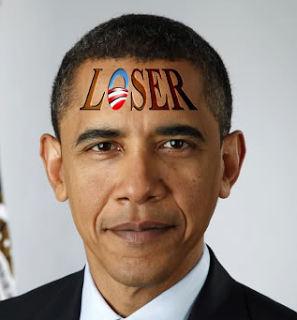 When there is such money and own prestige at stake, which cannot be measured in any currency of the world, you will inevitably start to grab any straw. Vowing that the Healthcare.gov website will work at full capacity by the end of the year, the Bark Obama administration has called for help not only technicians, but also a whole group of American celebrities led by the “sexiest man of the planet-2013” soloist of the American pop-rock band "Maroon 5" by Adam Levine. The main goal of this powerful PR company is to cover about one hundred million Americans using 16 of various Internet services (Facebook, Twitter, YouTube, Flickr, MySpace, etc.) to convince them to purchase medical insurance through Obamacare before 31 March 2014.

The decision of the White House to save healthcare reform with the help of show business stars, popular actors and social networks in the country does not shine. In this way, the Obama campaign headquarters provided a second presidential term for that, drawing its candidate into active “virtual life” on the pages of 16-ti Internet services. Interestingly, as soon as technical problems and numerous failures began on Healthcare.gov, most Hollywood stars who had previously actively campaigned for Obamacare, on the advice of their PR managers, took a break and went into the shadows. And they can be understood. Image damage from advertising a deliberately “raw” insurance product can hurt the popularity and, as a result, lead to quite tangible financial losses.

But are there enough American stars to overshadow with their authority all the mistakes, miscalculations and blunders of the Barack Obama administration, whose dark aura seems to have even reached the American segment of the International Space Station.