They need to push. On the growth of "popular hunting" in the media class 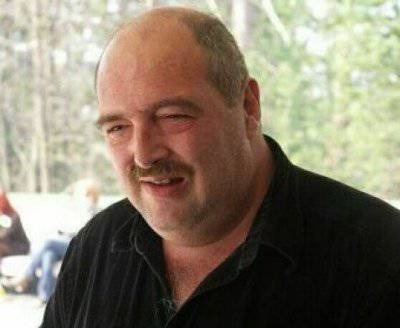 Information about the next, third lawsuit of the veterans of the Great Patriotic War to the “journalist and liberal activist” Olga Romanova, this time submitted by the old soldier Nikolai Kiselyov from Novosibirsk, naturally attracted attention. Given that I have already written about this “public activity”, even more than once, I do not intend to lose the topic. I will track and reflect as much as I can, even leaving aside louder occasions, and I really hope for understanding.


Consider it as my personal hunt, if you like. It’s just in memory of the native people who did not return from the military camp, and about those veterans whom I happened to see not yet “God's dandelions”, but still full of strength and enthusiasm by the men who taught me to love the Motherland. They were iron people with light souls - and in memory of them I can’t do otherwise.

So, he said and repeat. "Journalist" Romanova is not interesting in itself. The only caveat that attracts attention to her person is the strange habit of holding public exhibitionism sessions, giving out on the surface what the smart people prefer to keep quiet. Exposing the details, allowing to judge not so much about a single instance, but about the features of the whole species.

Briefly recall. The capital's fifa with a black mouth, unreasonable claims and without a hint of at least something of a conscience type, fully confident of impunity, allowed herself to call the veterans' graveyard of the Great Patriotic War a "klydbishchem domestic zhyvotnyh". And ran into. And having run into it and realized that not everything gets away with it, she began to humbly ask for forgiveness, and someone, like a war hero, General Boris Feofanov, still regretted. And someone is not: the next lawsuit from the living and the dead was filed by Pavel Kupryashkin, a veteran from a small village in Mordovia. And now the third lawsuit.

In short, the avalanche has moved, and it seems that, no matter how apologizing now for having lost the FIFA edge, she will have to answer in full. Not a bunker, of course, but at least a pocket, and this is more painful than gauntlets for her. And, sorry for the pathos, so be it. Because such (I do not know if the editorial staff will miss it) need to spread rot. No mercy and finishing moves. To lay down and did not get up. In a figurative sense, of course.

Otherwise it is impossible. Indeed, “people at the end of their lives are summing up and wondering why and how life was lived. For veterans, the answer is obvious - we fought and we won. Olga Romanova tried to take away this pride from them, to deprive them of respect for society and self-esteem. For this, she certainly must strictly answer. " That is, no matter how many decades pass, whatever social tornadoes torment the country, memory is alive. Too many, even those who know about that war only from grandfather's stories, are outraged, and let the pensioners have little strength and no extra penny, in Russia, it turns out, there are still people ready to help, support and provide legal assistance free of charge.

I will not hide: I'm glad. I am very pleased that in the awakening of society, - and this is precisely the Awakening, and it is capitalized, and there is no other way to call it - there is a small fraction of my achievement. At least I really hope so. I hope and believe that dear veterans will not stand aside. Very much depends on their activity.

And even more I am glad that, in parallel with society, I began to wake up and so-called. "Politicians." Previously, in high areas somehow not really remembered. Is that vandalism was provided for "up to three years" (and even then, mostly freaks got off with a slight fright), for slop of black mouths did not punish at all. For freedom of speech, understand. And now the need to hit the tinsel is already spoken at the level of the State Duma: Socialist-Revolutionary Deputy Oleg Mikheev even came up with an initiative to introduce an article in the Criminal Code of the Russian Federation “Insulting the memory of the Great Patriotic War”, which provides for “fans of the pogusarit” not funny current fines, but real , up to seven years, the timing of the sky in the box. Or, at least, fines of up to a million. And there is nothing strange in the fact that the idea of ​​a political opponent was supported by the United Russia party.

This, in my opinion, is very correct. MP is right: “Responsibility should be. This is the shrine of society, a national treasure. We are alive today only because the heroes of the Great Patriotic War defended the country's freedom. And insulting their memory is an insult to every citizen of Russia. And it must be punished by law. And not only you need to talk about them, but also about the participants of the First World War. ” Otherwise, no way. It can not be otherwise. The society has been living in a dope of liberal permissiveness for too many years. Yes, one-sided. When people, in general, with the blood of theirs who saved humanity from terrible misfortune, were almost forced to apologize for their feat.

No, definitely, freedom of speech is also good. This is important, it is an inalienable sign of democracy - and, nevertheless, in the “civilized” world, praying for human rights, this bird, when it comes to the concept of absolute, still pruned wings.

There are countries in Europe where even the most innocent who have the right to exist cannot be asked about the Holocaust. In Latvia and Lithuania, they punish for the slightest doubt in the "atrocities" of the partisans. In Ukraine, a powerful lobby is active, seeking the same for all who allow themselves to doubt the details of the official version of the so-called. "Holodomor". And everything is in order. With all due respect to the fundamental rights.

And in the Russian Federation, - with an absolute, crystal-proof unmistakable achievement, - the punishment for desecrating the soldiers of the Great Patriotic War and their memory is not provided for by law at all, and all kinds of lamp shades are actively used.

Here they, “lamp shade”, are now scared.
They do not understand".
They yule and express "concern."

"What's the point? - someone Svanidze instantly reacts. - Or do they want to bring the truth about the war to insult the memory of the war? For example, that the Soviet Union entered World War II on the side of Hitler Germany 17 September 1939? And this pure, factual truth will be perceived as an insult to the memory of the war? That is, it will be possible to find fault with any statement of the historian or political scientist. This is a licking of power. I fear such initiatives. ”

Ага.
He is afraid right.
He and those like him have something to fear.

Here to applaud the freaks who were making scrambled eggs on the Eternal Flame, they - and the same Svanidze, and the same Romanova - were in a rush. And they were indifferent to the “political repressions in Ukraine”, when the freaks were planted for a short time, they didn’t like it - after all, they didn’t desecrate Arlington, much less that Amnesty International itself announced freaks “prisoners of conscience”. And at the same time, the Nazis from the so-called were in the same ranks with them. "Freedom", did not deliver any discomfort. And the mocking mockery of a certain Pan Mokhnik, then an ordinary Nazi marginal, now a deputy of the Verkhovna Rada, “if cooking scrambled eggs on an“ eternal flame ”is an outrage over the grave, then this is an outrage over the grave of the Russian Russkan of the world,” sure sure. And if we are talking about Ukraine ...

You know, the current events in Kiev highlighted a lot. If earlier it was still possible in the overt intervention of the West in the affairs of sovereign states, it doesn’t matter if it is stupid or naive, or lack of information, to express some doubts, now, after distributing cookies on Euromaidan, Ms. Nuland and open fraternization with Mr. McCain’s insurgents are no longer in doubt. There is no mass information, and there is no doubt that under the beautiful screen of the “struggle for democracy”, the striking force and the “bearers of the idea” of this very Euromaidan are obvious Nazis, and not even ideologically, but in a “militaristic” sense. . That is radical militants.

About the greatness of "Euromaidan" with the enthusiastic zahlib broadcast the same "Svanidzeromanov". And their political idols, - like the same Mr. Nemtsov, - having arrived from Russia, “provide organizational assistance to the protesters” so openly and brazenly that the Ukrainian authorities are forced to declare them “persona non grata”. And the guests from Russia are of lower rank, - but the persons in the Russian business elite are far from the last, - standing shoulder to shoulder with Bandera, screaming “Glory to the Heroes!” ...

And when it turns out that Alexander Yakovlevich Rosenbaum himself, all so patriotic and iconic, it turns out that the “heroes of the revolution” fatherly “cooks soup in a cauldron and pours on plates personally”, flickering at the same time in the company of the famous “Sasha Bely”, the former commander of personal security Dzhokhar Dudayev, whose attitude toward “Jews and Muscovites” has become the proverb, I’m running out of writing to write, and, in general, have decent words.

In my opinion, everything is too clear.

It remains perhaps to repeat what was once said: “it’s time to stop. Naturally, within the law. And since Mrs. Romanova, the reference example of her circle, gives every reason, you should start with her. After all, damn it, with someone you need to start. ”

And nothing that pathos. In this case it is possible. And need to.

Ctrl Enter
Noticed oshЫbku Highlight text and press. Ctrl + Enter
We are
About Stalin and KhrushchevSaratov club "Patriot": not to be afraid of the enemy and love the Motherland
Military Reviewin Yandex News
Military Reviewin Google News
178 comments
Information
Dear reader, to leave comments on the publication, you must sign in.