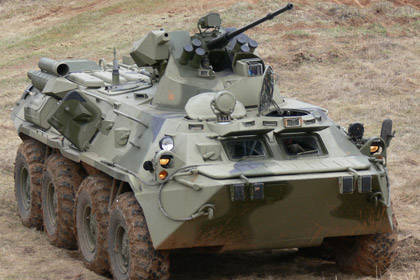 The Russian BTR-82A and the Ukrainian BTR-4 entered the top 10 of the best armored personnel carriers in the world in terms of protection of firepower and mobility, according to the influential international magazine Army Technology.

The armored personnel carrier can carry three crew members and seven paratroopers. The design features of the BTR-4 armored personnel carrier make it possible to create on its base a family of combat vehicles of different purposes: commander, command and staff, reconnaissance, repair and evacuation, sanitary and evacuation, fire support vehicles and others.

In October of this year, the Chief of Staff of the Indonesian Navy, Admiral Marceti, said that the Indonesian Navy would receive five Ukrainian BTR-4. They will get to the troops along with the 37 Russian BMP-3F, which were ordered by contract in May 2012.

BTR-82A only in February officially adopted by the Russian army. It is a deep modernization of the armed BTR-80A and surpasses its predecessor in almost all indicators.

The mass of the BTR-82A is 16 tons. The machine is equipped with a 300 horsepower turbocharged diesel engine. Armored personnel carriers also have auxiliary diesel generators, which allow the on-board equipment to operate even when the main engine is off.