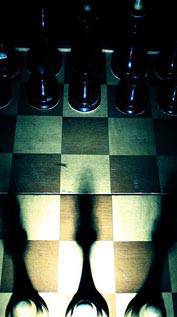 A colonel who has survived under the blow of the "p-revolutionaries" who, for the most part, were represented by bribed youth, separatists and mercenaries, will be punished.

The United States, Great Britain and France are preparing punitive forces, they were joined by Norway, Canada, supported by Poland, provides its airfields and bases in Italy. Apparently, a number of Arab states will take part.

The project of "restructuring" the Arab world will continue. There is a "circumcision" of the old militarized authoritarian elite of the Arab world, which ensured the stability and more or less tolerable existence of the majority of the population of their countries. So, Gaddafi, with huge hydrocarbon reserves and a fairly small population - in 6 million, - gave every Libyan a rent at about 40. dollars a year. This allowed most Libyan Arabs to live without working, dumping work on visiting workers, mainly from Egypt (approximately 1,5 million). As a result, that part of the population that supported the rebellion, overturned the “trough” from which it was feeding, more such benefits, without doing anything, they will not receive.

The first authoritarian regime that was piled by the masters of the Western project was the regime of Saddam Hussein, who firmly supported peace and relative stability in the country. What is now in Iraq? Hydrocarbons in the hands of Western companies, the population is "lowered" into even greater poverty, the corrupt officials in power, the country has a huge occupying army of mercenaries from private companies. Kurds create their own state, the collapse of the country is inevitable.

The military elite of the Arab world was not ideal, but, due to the support of the USSR, a model of Arab socialism was formed, which allowed countries with large hydrocarbon reserves to maintain a tolerable existence of the people. Tight military control over the extraction of natural resources and highways allowed the Arab world to exist in the form that is present. The vast population of idlers - biomass without creative skills that can consume, giving nothing to the world in return.

The driving forces of the Revolutions (in Tunisia, Egypt, Libya, etc.) were not the poor, but the Westernized middle class — traders, lawyers, and partly Islamists (such as the Muslim Brotherhood, who were often led and often created by British and American special services), supported by western media. They were joined by the tribal leaders - the separatists, who wanted to get greater access to the “trough”.

As a result, Arab countries are waiting for a very unhappy future: Western companies will again seize oil fields, puppets will get power, plus the sharp radicalization of Islam. Arab populations will have to come in line with the presence of a “food supply”, hope for a European residence permit is unlikely. In Europe, the process of nationalization and fascization has begun, so that, most likely, there will still be a mass exodus of Arabs from Europe, which will further complicate the lives of local residents.

Dreams of the Arab Caliphate lose real support in the face of strong leaders who would be able to lead this process. Arabs will have to become "cannon fodder" in the beginning of a great war. They are separated from the hydrocarbons that are needed by the owners of the Western project. Dreams of a guerrilla war are ridiculous - you can look at Afghanistan: “spirits” run through the mountains and the owners at night, but Westerners do not need to work the land, build factories, and they don’t need peace. They have already resolved all their tasks - the resources of Afghanistan are under control, the network of military bases allows us to control the vast expanses of the North of India, Pakistan, Central Asia, Iran, threaten China, control drug trafficking.

So in the lands of the Arabs among them, after the removal of the last authoritarian leaders, there will be no opponents. With the help of a network of military bases, UAVs, satellite systems, they can totally control the region. The Arabs, running with "Kalash" in the desert, they are not the enemy, "insects." In addition, their combat abilities are very low, mercenaries of military companies will cope with the control of hydrocarbons and without the support of the US armed forces. The time of the Arab world as an independent political force is over, the Arab world is increasingly “being lowered” into medieval obscurantism, with mullahs, sheikhs, “white gaspadins”, without education, medicine, and it’s clear that their numbers will be “cut down” authoritarian leaders who bought food for millions of Arab hordes.

The most "fun" in this terrible situation - the Arabs themselves, in large part, supported the "rocking of the boat", fully playing in the Big Game of the world behind the scenes. And Gaddafi, well done, he did a lot to keep this Terrible Game, so they will kill him. 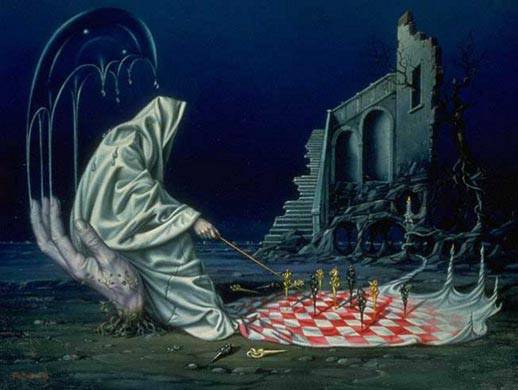