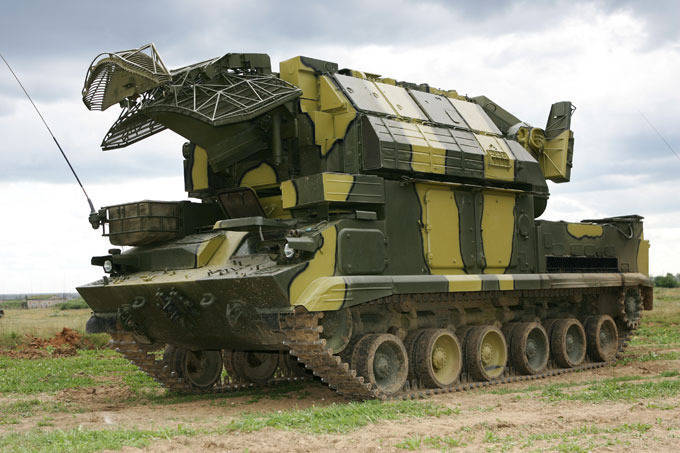 The newest Tor-M2 anti-aircraft missile systems will be shown for the first time on May 9 2014 at the Victory Parade in Moscow.

“For the first time, the general public will see these fighting vehicles in the coming 9 year of May during the Victory Parade on Red Square,” he said. - To date, already in three military districts there are units that have been equipped with Tor-M2U systems.

According to Leonov, Tor-M2U provides an all-view defeat of air targets due to the presence of a circular reconnaissance station, a guidance station and an anti-aircraft guided missile of a vertical launch. ”

“This arrangement of the combat vehicle allows reconnaissance in motion across any terrain and shelling air targets from an unprepared position after a short, 3-5 second stop,” he said. “In addition, a powerful on-board computing complex provides full automation of the processes of combat work and simultaneous firing at one vehicle of four targets in a given sector.”