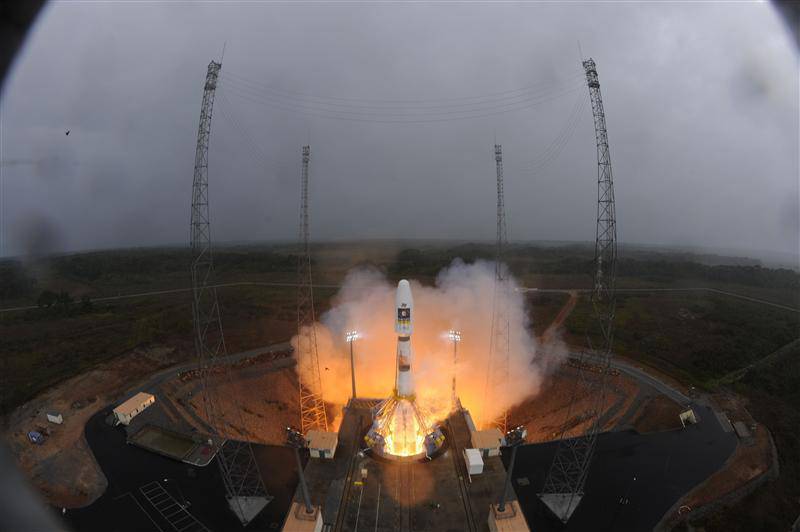 Chinese leader Xi Jinping instructs the PLA to "be ready to fight and win a regional war in the midst of rapid development of information technology," reports the Hong Kong branch of Reuters 22 in December.


China is actively seeking foreign technology to create high-tech weapons to equip the PLA, these efforts are combined with the development of national innovative technologies.

In December last year, satellite navigation equipment production centers in the Belgian city of Leuven loaded data from the Chinese Beidou (Ursa Major) satellite receiver into their receivers. "The accuracy of the signal was better than one would expect for the first time," says Septentrio company manager Jan Van Hees, who plans to sell civilian receivers capable of receiving information from the Chinese system.

Diplomatic correspondence published on the Internet (probably referring to information from the site WikiLeaks - approx. "VP") and articles in military and technical journals show that there is technological cooperation between the European Union and China in this area. The Chinese "Beidou" is actually integrated into the European satellite navigation system Galileo ("Galileo"), which must compete with the American GPS and the Russian GLONASS.

High-ranking Chinese officials believe that for China, deploying the Beidou system is more important than flying into space or sending an automatic probe to the moon. Successful deployment of the system will mean that the Chinese armed forces will have an independent global positioning system, which is extremely important for missile guidance, navigating ships and airplanes. Already, the Beidou receivers are used in the land, landing, missile and artillery troops of China. These opportunities will allow China to achieve the status of a great power. Experts say that China actively used American and European technologies to create the "Beidou". It is noted that 40% of the information received will be used for military purposes. “The Chinese know exactly what they need, and very often they know exactly where these technologies are to be found,” said Oliver Brauner, a researcher at the Stockholm International Institute for Peace and Disarmament Studies.

"Beidou" is a triumph of the Chinese military-industrial complex. Despite the arms and military technology embargo imposed by the United States and the European Union on China in 1989 after the events on Tiananmen Square, the PLA continues to improve its weapon and equipment using western dual-use technologies.

The origins of "Beidou" lie in the secret program "863" (decoding - 1986 year, 3 month - March), which was adopted for implementation by the associates of the Chinese reform architect Deng Xiaoping. This system allows accurate strikes on US military bases in Japan and South Korea.

The triumphant use of the American GPS system in the war against Iraq, where the United States and its allies smashed the Iraqi military machine with precision-guided satellite-guided weapons, made a great impression on China. The United States is tirelessly making it clear that they will stop attempts to use information from GPS by enemy military forces. With the launch of the "Beidou" system, China will gain complete independence in this area.

The US Congress made a report that in the 1990s, China received sensitive technologies from aerospace companies of the USA, Germany and France, which contributed to the development of the Chinese rocket and space industry. This revelation caused a negative reaction in Washington. The company Lockheed Martin stated that cooperation in the field of high technology was carried out in accordance with a special resolution of the US government.

After the termination of cooperation with American companies, China turned to Europe. European space companies have been cooperating with China since 1990's. In 2003, China invested 200 million euros (228 million dollars) in the creation of the Galileo system. Brussels enthusiastically received assistance from China, hoping that the EU countries would expand access to the Chinese market for navigation services, while the United States had closed this market. Since 2004, the EU and China have concluded 12 contracts in this area.

The EU did not see this cooperation as a serious problem, as it considered that the PLA does not pose a security threat to Europe. China’s financial and political support for creating the Galileo system was welcome, as the European Union considered itself to be a US competitor in the satellite information services market.

“It was easy to develop cooperation with China. The Europeans were sincere, believing that the partnership with China in this area would mainly lie in the civilian sphere, ”says Nicola Casarini, analyst at the EU Institute for Security Studies (Paris). To participate in the Galileo program (the main contractors are the pan-European companies EADS and Thales SA) in order to coordinate research and development, China has created its own special company, China Galileo Industries. The shareholders of this structure are the largest Chinese aerospace companies, such as the Chinese Aerospace Science and Industry Corporation (a giant manufacturer of space technology and rockets) and the Chinese Academy of Space Technology (manufacturer of satellites and other equipment). It remains unclear how much European know-how in the field of space technology was transferred to China. EADS refuses to provide information on cooperation with China, referring journalists to the European Commission. Thales also remains silent.

One of the largest acquisitions of China from cooperation with Europe has become access to the atomic clock - a key technology necessary for satellite navigation. Attempts by China to buy this watch from EADS failed, however, during the 2003-2007 period, Beijing acquired 20 atomic rubidium-based clocks from a Swiss high-tech toolmaker Temex, known today as a SpectraTime watch. Articles published in Chinese technical journals suggest that the clock is installed on Beidou satellites. Probably, Chinese companies have mastered these technologies or created their products based on the reengineering of Swiss watches. In the 2004, the Chinese press reported that China began research and development on the rubidium atomic clock. An article published in the state magazine China News Service says that since then the Research Institute of the Chinese Aerospace Corporation has developed and produced atomic clocks 10 for Beidou satellites.

“The time when China needed foreign satellite navigation systems was over. The era of the Beidou system has begun, Xinhua news agency reported.