China about the collapse of the USSR 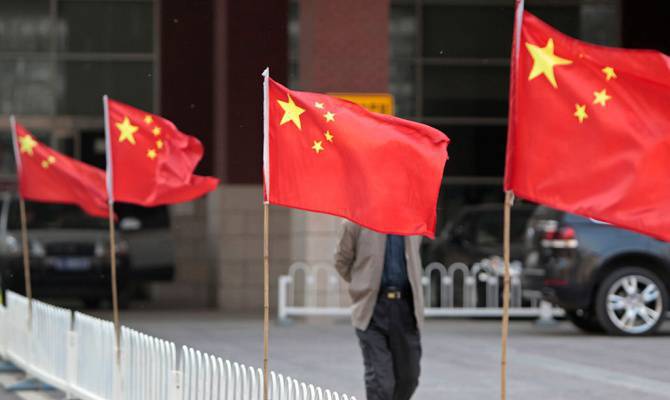 The conference demonstrated that the problems of the destruction of the USSR are comprehensively and most carefully studied by scientists of the PRC.
Chinese scientists emphasize that the withdrawal of the Soviet Union from the world stage became a tragedy for the Russian people, led to the disintegration of the whole system of socialist countries, and significantly worsened the situation of the peoples of all developing countries.

Most speakers pointed to Gorbachev’s treacherous activities as the decisive subjective factor in the destruction of a great country. It was noted that biased assessments of the Stalin period stories The Soviet Union under Khrushchev extremely hurt socialist construction, became one of the prerequisites for the deployment of the anti-communist campaign in the Soviet Union during the "perestroika". Researchers from the PRC proceed from the fact that the collapse of the USSR is not a consequence of the ineffectiveness of socialism, but of defects in its development. To summarize, in general terms, the output of Chinese experts is as follows: The Soviet Union destroyed the dogmatism, which especially began to flourish in the seventies and eighties. Because of this, they “overslept”, roughly speaking, the scientific and technological revolution, which could not but affect the general approach to economic development. And then the country jumped to the other extreme, moved to abandon socialism, from Marxism. The result is obvious today.

During the conference in Beijing, it was emphasized that the polarization of wealth and poverty is increasing in the world. Social security mechanisms are degrading. The hegemonism of the United States is extremely negative for the modern world order. It was especially emphasized that the collapse of the USSR was one of the reasons for the current global financial and economic crisis. In the coming decades, developing countries will inevitably be subjected to pressure from leading world powers. But at the same time, the potential of the developing world, to which researchers from China are referred to among other countries of China, Vietnam, Cuba, and Laos, is growing. Important global trends towards 2050 can seriously change the picture of the modern world.

Taking into account the sad events of the "cultural revolution" in China, the political and economic catastrophe in the USSR and in the socialist countries of Europe, the CCP concluded: we must know our history well, we must rely on the best in it, correct mistakes and imbalances, but look to the future , to carry out a serious comprehensive modernization. This approach allowed us to really modernize the industry, education, introduce high technologies and, as a result, get a tremendous, visible effect to the whole world today.

In the period of “reforms and openness”, socialist modernization, we opened the path of socialism with Chinese characteristics and created a system of socialist market economy, significantly increasing the country's aggregate power and the level of people's welfare.

These fundamentally changed the perspective and fate of the Chinese people. Currently, the CPC implements the concept of scientific development and promotes socialist economic, political, cultural, environmental and party building, fights for the implementation of the 12 Five-Year Program, building a prosperous society and implementing the great renaissance of the Chinese nation. History and practice have shown that without the CCP there would be no new China, there would be no socialism with Chinese characteristics. The key to all challenges in China is holding the party.

Very characteristic of Chinese socialism, for the style of leadership of the party in the country, is a self-critical analysis. He is convincing both in the writings of Deng Xiaoping, and in the present political reality of the PRC. The merit of Deng Xiaoping is that, after returning from exile, he did not fight the past. On the contrary. He set the task of connecting what was good in the past, what should evolve, with innovations while at the same time abandoning dogmatism. In 1981, the CPC’s attitude toward Mao Zedong’s place in the history of the party and the country was officially revised. It was highlighted that it is an absolute value, and that which pulls back, which the party must give up.

If we talk about modern China, then, of course, with all the problems and contradictions discussed here, the greatest successes of a great state should be considered the most important. Any specialist who often travels to China by the nature of his work sees how the country is changing before our very eyes. The most important fact: the largest people in the world in a historically short period basically came out of poverty and rapidly out of poverty.
Of fundamental importance was the abolition of the agricultural tax on farmers in 2006 year. But this tax has existed for two thousand years in China! Why abolished this old tax? At the end of the twentieth century, the leadership of the CPC came to the conclusion: the industry was created mainly at the expense of the village - now it is time to pay debts to the peasants. Now the state has turned its face to the peasant. The task is to develop a new socialist village, to solve the problems of the peasantry in the first place. It is indicative that compulsory free nine-year education for peasant children has been introduced, and a great deal of work is being done on creating pension insurance in the countryside. There was no such thing in China before! Now the appropriate funds are allocated. For European countries, this is all customary; for Russia, Soviet times were familiar. And for China, these are fundamental innovations that affect the fate of hundreds of millions of people.

Now, both in Russia and in other countries, Sinologists argue about what constitutes the Chinese model. It seems, the scientist said, that thirty years of sustainable development speak for themselves: the country has continuously developed during this period. The idea of ​​development was put at the forefront of all politics. Deng Xiaoping said: development is a categorical imperative. For three decades, a great state has been actively increasing its cumulative power. And this is quite a long time to say: a new development model unprecedented in the world is being formed in China. Yes, there is a lot of controversial, many problems and contradictions. But this is really, something fundamentally new that is happening before our eyes, the scientist summarized.

Ctrl Enter
Noticed oshЫbku Highlight text and press. Ctrl + Enter
We are
About Stalin and KhrushchevThe death of the elder brother. The lessons of the crises China teaches very carefully
Military Reviewin Yandex News
Military Reviewin Google News
75 comments
Information
Dear reader, to leave comments on the publication, you must sign in.