A failed Congress and a failed Obama: two pair of boots

December 27 2013
12
Timur Turlov (Slon.ru) told the general public that everything is good in the US (just do not laugh, but without adding a line about the beautiful marquise). It is great everywhere: in the innovation sector, in politics, in the economy, in the Fed's affairs, and even consumers feel great (apparently, after the recent “Black Friday” - those who are in supermarkets have survived). Since the topic of our article relates to politics, we quote one passage from a material signed by Mr. Turlov. 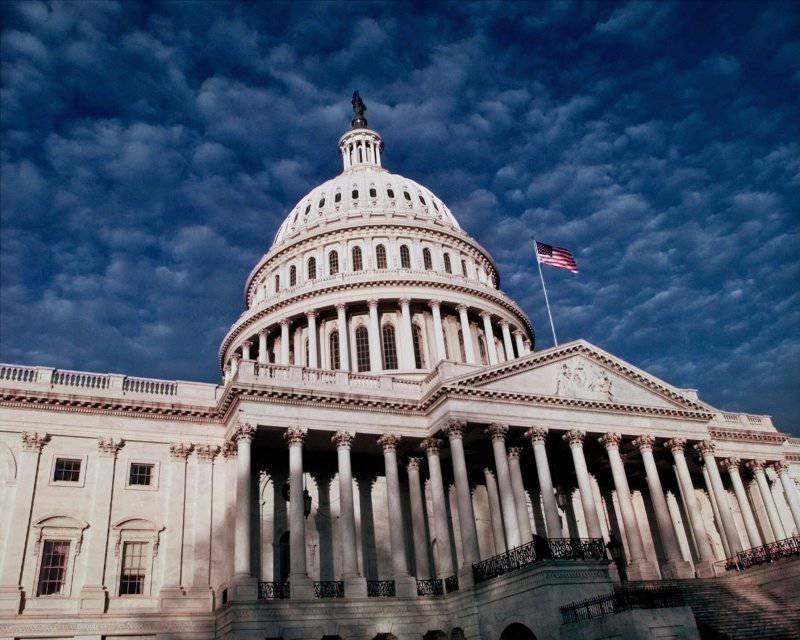 “At least twice this year, we have witnessed the unprecedented political wisdom of the American president. Barack Obama at the beginning of autumn was just one step away from the war in Syria, but he did not make this step. The long confrontation with the Congress over the national debt ceiling also ended "without blood": the president managed to reach a compromise even with some advantage for his political position. "

Just one step away from the war? .. And who, like Netanyahu, drew the “red lines”, deliberately threatening Damascus with war? Do not Obama? Isn't he one of the screenwriters of the chemical series in Syria? What is the wisdom of someone who has come to a foreign country with Tomahawks, and then, having received a diplomatic repulse from a real wise man, Comrade Lavrov, capitulated, while continuing to mumble that Asad did use chemical weapons? The latter certainly does not look like wisdom, but it looks more like outright nonsense, with which the main American covered up its geopolitical defeat.

B. H. Obama has nothing left but to mumble that such a measure could be a breakthrough in a protracted conflict. At the same time, the US president, not wanting, so to speak, to take positions without a fight, tried again to lay the blame on the 21 August himatak on the Assad troops: “No one disputes that chemical weapons in Syria have been used. The world has seen thousands of videos and photos testifying to the attack. And humanitarian organizations have reported hospitals overflowing with people with symptoms of gas poisoning. ” And further: “Moreover, we know that the Assad regime is responsible. In the days before August 21, as we know, Assad’s supporters prepared for an attack in the area where they sprayed sarin gas. They distributed masks to their servicemen. They fired rockets from territories that were controlled by the regime in 11 suburbs, from where the regime tried to drive out opposition forces. ”

Then the head of the American state, barely audibly sighing, said that the US would study Russia's proposal to transfer the weapons in Syria and will continue to consult with Moscow.

Well, it immediately became clear to the world community: B.H. Obama backed off. “Consultation with Moscow” meant that the Russians were now leading Syria. The Kremlin is everything, the White House is nothing.

So Obama allowed the Russians to outplay him. But the Tomahawks were already ready, the carrier group was already ready in the Mediterranean, Assad already “tyrant” crossed the red line, which was held by Obama himself ... And suddenly, the initiative of the Kremlin, the UN, the OPCW, chemical disarmament, the OPCW are given the Nobel Peace, and even Qatar signed up for a queue at the diplomatic reception in Damascus, wanting to restore relations with Syria. Obama had to make a primitive excuse: they said I didn’t draw any red lines, journalists didn’t understand me that way.

What is the wisdom? It would be wise to be the one who would not finance the opposition militants, supplying them with “non-lethal” funds, supporting them with powerful propaganda and promising weapons in the near future. And so Obama looks like a cheap puppet in the hands of the gates of the military-industrial complex, which, by the way, are also being charged with Congress - the very one who, apparently, must also be called wise, since he finally decided not to invade Syria.

Now about Obama's confrontation with Congress. Finished "without blood"? Well, of course! The American government was “turned off” for sixteen days. And this is not a computer strategic toy for you, where money is virtual.

At the end of the shutdown, the United States calculated the damage caused by it. According to Standard & Poor's, the 16-day crisis cost the American economy $ 24 billion. With this money, it was possible to carry out about 9 flights to Mars "Curiosity" or build five Large Hadron Colliders. Those who love to talk about the innovation sector and its successes will be impressed by the $ 20 billion - the price of all Twitter shares. There will be another 4 billion left to wash the purchase all over America. And seven and a half years get drunk.

Obama's wisdom here is only that he did not yield to the blackmailers, the Republicans. But in the end? .. It turned out absurd political game called "Dumb and Dumber."

Continuing the theme of Congress and Obama, we note that the next “wisdom” of the president was voiced by him on December 20 just before the congressmen. B. H., in essence, took a fifth ace from his sleeve. Frankly bluffing (and, apparently, proud of his “wise” previous victory over blackmailers from Congress), Mr. Obama said that from now on he refuses to negotiate with Congress on raising the national debt ceiling. This topic was the lead at his last press conference on the results of the year.

From Obama's words, the congressmen, who were surprised by the surprise of their eyes, learned that they had no connection with the president, and that the United States Congress was to blame for their accumulation. And the main fault, apparently, lies with the congressmen-Republicans. If morality is extended, so to speak, it will become clear: Obama hinted that it was the Republican Party that had accumulated debts, while the Democrats at that time drank tea. And so that the hint was properly understood even by those who are “dumber than stupid,” B. Kh. Noted that “the Republicans have enough sense not to start everything from the beginning.”

In principle, Obama saddled the skate: the Republicans staged a “shatdown”. Turning off reduced Obama's popularity, but much more reduced the popularity of Republicans. However, both the government and congressmen have long been unpopular with ordinary American citizens. And then there's the election-2014. In Congress.

If we consider that the ratings of both Congress and Obama are record low due to a number of “wise” failures, then there is a tough political struggle ahead. Experts believe that the medical program, nicknamed “Obamacare”, after the elections will remain a stumbling block between the government and congressmen and, of course, between Democrats and Republicans. The question here is rather whether there will be more in the Congress: Republicans or Democrats. If Republicans failed the country in October, then Democrat Obama has been bringing the country down for several years, starting with the inauguration of 2009. Therefore, to predict the "will of the people" is truly impossible.

Barack Obama, who is opposed to Congress, can be compared to another Democrat - Bill Clinton. He, too, did not give rest to the Republicans. There are even comparable nuances. Everyone remembers because of what (more precisely, because of whom) B. Clinton almost fell into impeachment. And then there were rumors that Obama had flirted with the prime minister of Denmark and even took a picture with her on an iPhone - instead of taking a picture with his wife. However, Obama's divorce is scheduled, according to verified rumors, in 2017-th year: the presidency will end, and official love will end. Nevertheless, the pictures on the iPhone "wisdom" is also difficult to call. Yes, my dear fellow readers?

Ctrl Enter
Noticed oshЫbku Highlight text and press. Ctrl + Enter
We are
Or maybe just the way it should? A couple of words about the "Immortal shelf"Results of the week. “I would not live my life differently if I had such an opportunity”
Military Reviewin Yandex News
Military Reviewin Google News
12 comments
Information
Dear reader, to leave comments on the publication, you must sign in.