An-12 crashed near Irkutsk 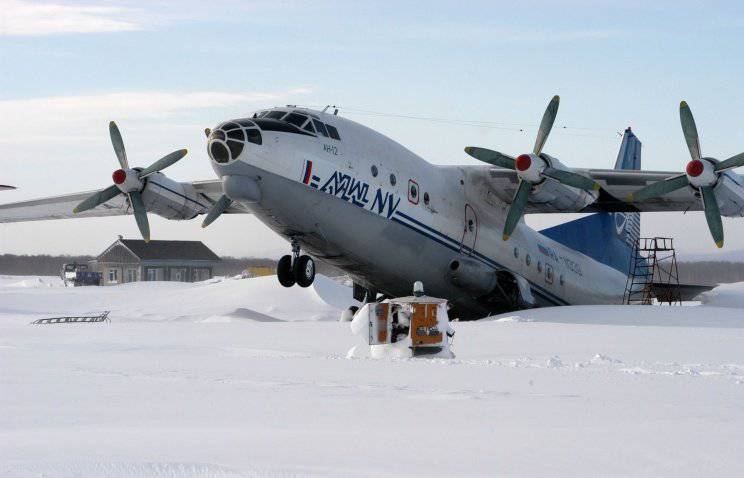 An-12 transport aircraft crashed near Irkutsk, ITAR-TASS was told at law enforcement agencies in the region.

“He flew from Novosibirsk to Irkutsk. According to preliminary data, six crew members were aboard,” the agency’s source said. The source also said that the aircraft belonged to the aviation industry and did not perform a civil or transport flight. “It was the driving of a car from one of the aircraft plants in Novosibirsk to an aircraft factory near Irkutsk,” a source said.

The crash site of the aircraft is located near the station of the Battery East-Siberian Railway. An-12 fell on the territory of a military unit. "The aircraft was landing at the airfield of the Irkutsk aircraft factory with a magnetic course 140 and crashed between the near and far actuators, that is, on the final approach," the source explained in the air traffic control circles in the region.

As a result, two warehouses were destroyed on the territory of the unit. Is there any casualties among the military, to be confirmed. According to the Ministry of Emergency Situations of the Irkutsk Region, there is no fuel on the site of the crash. The operational group of rescuers left for the crash site.

Since the car belonged to an experimental aviation, the Ministry of Industry and Trade of the Russian Federation will investigate the circumstances of the disaster. It is known that the crashed An was transporting air parts.

Versions of what happened

In the power structures of the region, ITAR-TASS reported that several versions of the accident are being considered, including a crew error and a technical malfunction. It is noted that the weather conditions in the area of ​​the airfield "Irkutsk-2", which was followed by the plane, were normal.

To which countries did AN-12 be delivered?

An-12 were supplied to Afghanistan, Algeria, China, Czechoslovakia, Ethiopia, India, Iraq, Jordan, Malaysia, Poland, Yugoslavia. They were used in local wars and armed conflicts in virtually all regions of the world. An-12 aircraft of various modifications for a long time constituted the basis of the country's military transport aviation, and their numerous special variants were successfully used to solve a wide range of tasks.

The An-12 planes that are in service with the military transport aviation of the Russian Federation are planned to be replaced by new-generation An-70 or Tu-330ВТ aircraft.

The last crash with An-12 in Russia

9 August 2011 of the year in the Magadan region after the engine ignited disappeared from the radar and the transport plane An-12 of Avis-Amur Airlines did not contact. He operated a flight from Komsomolsk-on-Amur to the village of Kepervey. The pilots reported on the decision to return to Magadan, but then the connection with the An-12 was cut off.

As a result of the disaster, all the 11 people on board were killed.

The last crash of An-12 abroad

7 October 2012 in Sudan, west of the capital, crashed An-12, carrying troops from Khartoum to El Fasher 20. The crash occurred in the area of ​​the city of Omdurman. As a result, 13 people died, nine more were injured.

Flight characteristics of the aircraft

An-12 was created as a military transport aircraft for the USSR Air Force, made its first flight in 1957 year. An-12 was used mainly for the transfer of airborne troops. Part of the aircraft (An-12 "Cube-A" and "Cube-B") was equipped for conducting electronic intelligence, and An-12 "Cube-S" - for electronic countermeasures. Entered into service in 1958 year. The civilian model made it possible to carry out loading and unloading operations with the help of a ramp into which the cargo hatch doors were turned. Airliners began to be used by Aeroflot in 1966 year.

The power plant consists of four AI-20 turboprop engines with four-bladed automatic vane screws of the left rotation.
Amphibious transport equipment provides landing landing of combat and engineering equipment with calculations, ammunition and up to 96 manpower. In the sanitary version it is possible to transport 60 sick or wounded on a unified army stretcher, accompanied by medical personnel.