"Rapier" and "Sprut" new life of a smooth trunk

T-12 (2А19) - the world's first powerful smooth-bore anti-tank gun. The gun was created in KB Yurginsky machine-building plant number 75 under the direction of V.Ya. Afanasyev and L.V. Korneev. It was put into service in 1961 year.

The barrel of the gun consisted of a 100-mm smooth-wall monoblock pipe with a muzzle brake and a breech and a holder. The canal of the gun consisted of a chamber and a cylindrical smooth-walled guide part. The chamber is formed by two long and one short (between them) cones. The transition from the chamber to the cylindrical section is a conical slope. Shutter vertical wedge with spring semiautomatic. Unitary loading. The carriage for the T-12 was taken from the 85-mm anti-tank rifled D-48 gun. 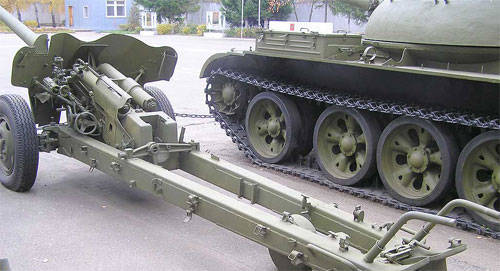 For direct fire, the T-12 gun has a OP4М-40 daytime sight and a night-time APN-5-40. For shooting from closed positions there is a mechanical sight С71-40 with a panorama ПГ-1М.

The decision to make a smooth-bore gun at first glance may seem rather strange, the time of such guns ended almost a hundred years ago. But the creators of T-12 did not think so and were guided by these reasons.

In a smooth channel, you can make the gas pressure much higher than in a rifled one, and accordingly increase the initial velocity of the projectile.

In a rifled barrel, the rotation of the projectile reduces the armor-piercing effect of the jet of gases and metal in the explosion of a cumulative projectile.

A smooth-bore gun significantly increases the survivability of the barrel - you can not be afraid of the so-called "washing" of the rifling fields.

A smooth barrel is much more convenient for firing guided projectiles, although in 1961 it was probably not thought of yet.

In the 60-ies for gun T-12 was designed more convenient to use carriage. The new system received the index MT-12 (2А29), and in some sources is called "Rapier." The serial production of the MT-12 went into the 1970 year.

The MT-12 carriage is a classic two-cell carriage of anti-tank guns firing from wheels like the ZIS-2, BS-3 and D-48. Sector-type lifting mechanism, and rotary - screw. Both of them are located on the left, and on the right there is a spring balancing mechanism of the pulling type. Suspension MT-12 torsion bar with hydraulic shock absorber. Wheels from the ZIL-150 car with tires GK are used. When rolling the gun manually, a skating rink is placed under the trunk part of the frame, which is fastened with a stop on the left frame. Transportation of guns T-12 and MT-12 is carried out by a standard tractor MT-L or MT-LB. For movement on snow, the ski unit LO-7 was used, which allowed firing from skis at elevation angles of up to + 16 ° with an angle of rotation of up to 54 °, and at an elevation angle of 20 ° with an angle of rotation of up to 40 °. The ammunition includes several types of sub-caliber, cumulative and high-explosive fragmentation shells. The first two can hit Tanks type M60 and Leopard-1. When installing a special guidance device on the cannon, shots with the Kastet anti-tank missile can be used. The missile control is semi-automatic according to the laser beam, firing range from 100 to 4000 m. The missile pierces the armor behind the dynamic protection ("reactive armor") up to 660 mm thick.
In 1967, the Soviet experts concluded that the T-12 gun “does not ensure reliable destruction of the Chieftain and MVT-70 tanks. Therefore, in January 1968, OKB-9 (now part of Spetstekhnika JSC) was instructed to develop a new, more powerful anti-tank cannon with 125-mm ballistic smooth-bore tank gun D-81. The task was difficult to accomplish, since D-81, having excellent ballistics, gave a strong return, that for a tank weighing 36 and more tons was still tolerable. But on the testing ground D-81 fired from a tracked gun carriage 203-mm howitzer B-4. It is clear that such an anti-tank gun in 17 tons weighing and maximum speed of movement 10 km / h was out of the question. Therefore, in the 125-mm gun recoil was increased from 340 mm (limited by tank dimensions) to 970 mm and a powerful muzzle brake was introduced. This made it possible to install the 125-mm cannon on a three-wall gun carriage from the serial 122-mm howitzer D-30, which allowed circular firing. By the way, as early as 9 — 30, powerful rifled anti-tank guns 1948-mm D-1950 and 100-mm D-60 were designed in the OKB-122 on the D-61 carriage. However, for several reasons, they did not go to the series.

The barrel of the gun consisted of a pipe with a muzzle brake, fastened with a casing in the chamber part, and a breech. The shutter is vertical wedge with mechanical (copy) semi-automatic. Loading the gun separately-sleeve. Rollback hydraulic spindle type brake, pneumatic knurler.

The 2А-45М gun had a mechanized system for transferring it from a combat position to a stopping position and back, consisting of a hydraulic jack and hydraulic cylinders. With the help of a jack, the carriage rose to a certain height, necessary for the breeding or convergence of bedding, and then descended to the ground. Hydraulic cylinders lift the gun to the maximum clearance, as well as raising and lowering the wheels.

The transfer time from traveling to combat 1,5 minutes, back - about 2 minutes.

The Sprut-B is towed by the Ural-4320 or the MT-LB tractor. In addition, for self-movement on the battlefield, the gun has a special power unit, made on the basis of the MeMZ-967A engine with hydraulic drive. The engine is located on the right side of the gun under the casing. On the left side of the frame are installed the driver's seat and the control system of the gun during self-movement. The maximum speed at the same time on dry dirt roads - 10 km / h, and portable ammunition - 6 shots; fuel reserve is up to 50 km.

When firing direct fire, the OP4М-48А daytime optical sight and the 1ПН53-1 night sight are used. For firing from closed positions there is a mechanical sight 2Ц33 with a panorama PG-1М.

In the presence of special guidance equipment 9С53, the Sprut can fire shots of the ZUBK-14 with anti-tank missiles 9М119, whose control is semi-automatic with a laser beam, the firing range is from 100 to 4000, m. for dynamic protection 24 — 17,2 mm thick.

Nowadays, the armies of the leading Western countries have long abandoned special anti-tank guns, but 100 and 125-mm smooth-bore towed anti-tank guns are in service with some former Soviet republics and in a number of developing countries. Ballistics and ammunition 125mm cannons “Sprut-B”, unified with the guns of modern T-80 tanks, can hit any serial tanks of the world. They also have one important advantage over the ATGM - a wider choice of means of defeating tanks and the possibility of defeating them point-blank. In addition, the Sprut-B can also be used as a non-anti-tank weapon.

During armed conflicts in a number of areas of the former USSR, 100-mm anti-tank guns are mainly used not against tanks, but as ordinary divisional or corps weapons. There is no data on the combat use of the Sprut-B, but the effect of 125-mm high-explosive fragmentation shells on the building of the Supreme Soviet of the Russian Federation in October 1993 is well known. 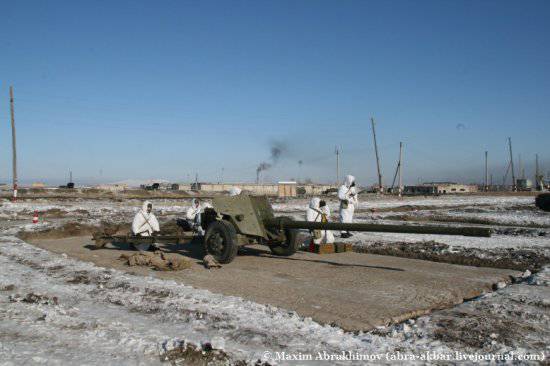 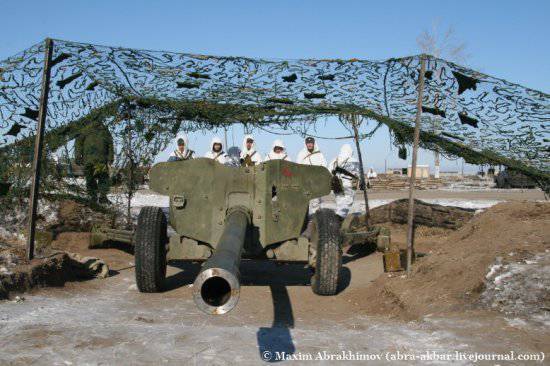 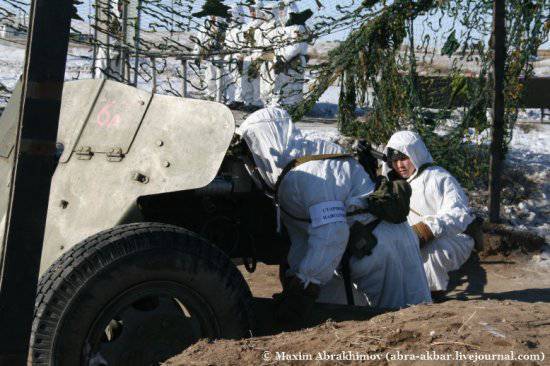 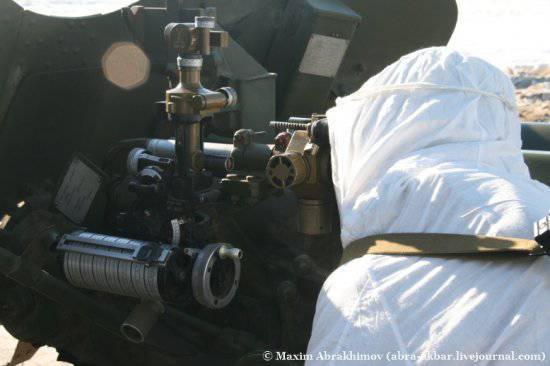