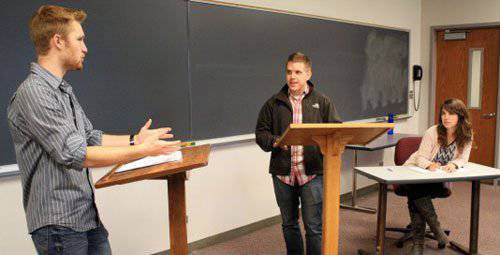 Observing how the leadership in Ukraine is trying to create anti-Maidans, you unwittingly understand that the government, even if it is the most honest, will always lose to the creative class in the organization, in providing information and “friendship” of a PR action. And then, unfortunately, a low confidence rating even in the south-east of the country. This short note is not about how dissatisfaction of the people by the authorities with the interests of the liberals and nationalists coincided in Ukraine, and not even about the fact that the liberals always monopolize all kinds of protests against the authorities, but about the reasons for the inexhaustible source of evro-romanticism.

Back at the end of 2011, the Russian political analyst S. Kurginyan began to sound the alarm that in the Russian Federation (as concerns Ukraine too) there is no patriotic conservative opposition to the current government. In other words, there is no civil-political association in the country, which will demand from the government even greater statehood, patriotism, justice, planning in the economy and conservatism in society. After all, the security forces, workers of factories, enterprises, and factories, as well as people of the public sector, cannot calmly and at any time, even if they have free time from work, group together in the form of a flash mob and creative action to attest to their position. As a rule, the Communist Party of the Russian Federation and trade unions are engaged in this, or according to the distribution of a cumbersome bureaucratic machine, that is, the authorities. Hence the funny comments of liberal journalists in Ukraine. For example, after the end of the regular rally in support of Yanukovich, a lot of garbage and dirt remained, and the “good” and creative maydanshchiki (European integrators) came the next day and helped the housing and utilities workers to remove the Mariinsky park near the country's parliament, thereby showing that they were supposedly conscious citizens, unlike "scoops". But after all, there is also a lot of garbage and broken benches on the Independence, which have become part of the barricades, and burning dirty barrels, and not only! Why is the direct linear control of anti-Maidan visible from the authorities, but not from euromaidan? Is it the dominance of the liberal media? The Liberal will say straight off: “Well, after all, Maidan is a civil movement from below, it is an independent body, and anti-Maidan is just a gathering of state employees under pressure from the authorities!” In part, of course, he will be right. But just let him explain where the hamsters, students and other guests from Western Ukraine for so many days of protests knew when, where and at what time you need to go to different places of the unfamiliar center of Kiev to block this or that institution, where, by a strange coincidence , considered important questions and ultimatums of the opposition? Really, on frosty winter evenings, maydanshchik directly from the tablets went to the archaic, poorly updated and inconvenient Verkhovna Rada website, where they watched when and which committee of the parliament met, then to reach out there and block everything? Not! It was all done and coordinated by their thousand, centurion, who are members of the opposition and take orders directly from the opposition headquarters. And then it projects the alleged headquarters of the civil revolution. Therefore, it looks beautiful, bright and seemingly natural and independent. Not a single person will begin to seize the city administration if there is no deputy with a crust of “immunity” from the opposition next to him in the same sports home suit. In addition, euromaidan participants are left to their “creativity”, for example, to make their proposal for improving barricades, sketching new posters and even participating in the creation of a field kitchen.

But why does euromaidan attract not only entrepreneurs and office plankton, but also state employees, sometimes workers, and even Afghan veterans? Is it only because there is no state-forming patriotic opposition? Alas, but not only. And the matter is not only in the absence of ideology, and the difference in the understanding of the Motherland in the west and east of Ukraine. As long as we and our children are learning and living in the “pink” world, the creative class will dominate, despite its minority.

Millions of people in Ukraine and Russia believe in fairy tales: “The Rule of Law”, “Market Economy”, “Democracy”, “Western World”.

I remember my student “pink gatherings” at the debates and round tables of the institute, where law teachers and I discussed in an open and creative dialogue, saying, why Ukraine cannot build a civil law society and carry out reforms like Poland and other countries Of Eastern Europe. All with a clever look and literate words complained to each other that our country was stuck in the Scoop, and we will have to wait for a change of generations. But, damn it, no one said that the price of such legal reforms is at least a legal dictate of private life, the regulation of all forms of behavior in society, which in the twentieth century was regulated by ethics and education. As an example of total democracy and stupid regulation, this is the right to public masturbation, which was confirmed by the Supreme Court of Sweden, etc. And such a concept as juvenile justice or civil denunciation was not even mentioned at all in the historical law faculty. Naturally, teachers of economics lectured on the advantages of the Western economy and on what available loans with scanty interest. But we were not told about the existence of microcredits to pay off current loans, debts and consumer spending. They didn’t talk about such an important fact that housing on credit dominates in Western civilization, and not private at all. Therefore, some foreigners make round eyes when they find out that their housekeeper from Ukraine has her own private two-story, high-quality house somewhere on the edge of a forest in Western Ukraine, and they, as her employers, only rent even a good one-story house in a stuffy metropolis. and pay a bunch of taxes, fees, compulsory insurance premiums and save on electricity. And when I see the liberal bill on the reform of the housing and utilities sector of Ukraine, which has been postponed to the regiment, it is stated that for large debts and non-payment it is proposed to take the same housing in court, and even in the absence of the defendant in court, I understand that everyone will be bored and howl! Imagine for a moment that you live in a private house that your father or grandfather built with his callous hands for money and during the years of occupation by the Red Soviets. And here you come to the judicial executors of the liberal era, and not just cut off communication, as before, but evicted !! A smart one will think that it would be better to stoke a hut with a stove and to be “Square”, but the path will ask the Greeks, who in a crisis began to heat their houses with firewood and coal, as Euroecologists appeared right on the threshold of their house. Yes, the same Euro-people who are in the service of the European Union and the very legal standards that regulate your behavior in relation to nature, and not the sovereignty of the country. As you can see, this is not even legal regulation of barbecue behind the fence or compulsory paid fishing courses, this is the right to take away your life if you do not fit into the rut of prescribed legal standards due to market circumstances! The fact that private property may be withdrawn is no longer in the West. newsThe most recent example is Cyprus. But they will not tell you about such things at school and student couples, but will release even more Euroormantics and people in rose-colored glasses on the streets, who will then storm the state authorities with the EU flag on their shoulders or make a student revolution on granite in the name of rights and freedoms as martyrs.

Why in our school textbooks write insanity that 11 September 2001, illiterate Taliban (al-Qaeda allies), while in the caves of medieval Afghanistan, planned and carried out an attack on such a powerful post-industrial, informational and military superpower like the United States ?! Why do our textbooks and the media create such a picture that it seems as if the pirates of Somalia are drawing the sand on the sand to capture the next merchant ship in the strait, but leave behind the scenes satellite calls to Western capitals, where they guarantee the absence of an escort convoy from their competitors ?! Until we speak officially, openly and directly, at least in the classroom stories and the rights that operations against Iraq and Libya were open economic interventions for the purpose of seizing and controlling resources, we will see more and more maydanschikov on their streets. Why are we so honest with ourselves about the causes of military conflicts in the early twentieth century, and so politically correct now? After all, nothing has changed! We live, in fact, in captivity of textbooks and news! 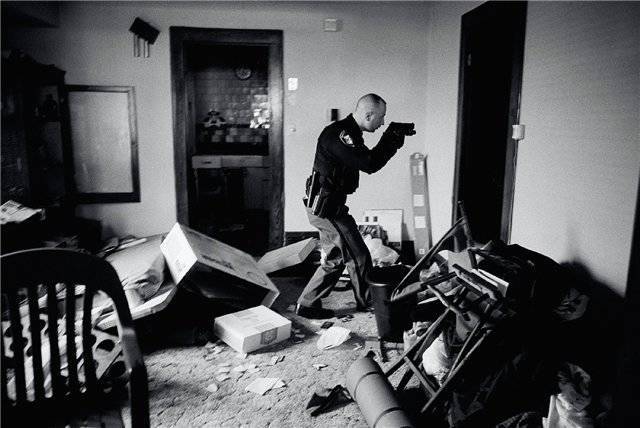 A policeman in the state of Ohio checks the homes of those Americans who could not repay a loan for housing during the mortgage crisis of 2008. Suddenly did not leave the house by the court?

And in the evening, when I switch Ukrainian TV channels, I am just sick of the news, where journalists, protesters and “experts”, sitting in the studio, play along with each other, exchange smart remarks about the emergence of civil identity, about the soonest desire to integrate into the European community . The same spells as in 2004 year: “We are now witnessing the emergence of a civil society in Ukraine and will soon join our large European family!” So ​​I want to ask them, they say, is it true that France, which sent its soldiers to Africa, in order not to lose economic influence in Mali and at the same time support its economy, and at the same time it is even ready to shed the blood of its sons on the land of eternal malaria, then easily let Ukrainian goods into its economy? Is it possible that the whole Western world, with its corporations and standards prescribed for its producers, is not waiting for Ukraine to honestly compete with it in the framework of a free market economy?

In short, comrades, you need to “seize” schools and institutions, then we will be able to return ourselves and the Great Homeland. And how to do it without a single shot and within the law, we read here. I'm tired of fighting in forums and websites, liberal zombies grow like mushrooms after a liberal rain in the universities of our countries.