Air Force Commander: Ka-62 helicopters will be happy to take 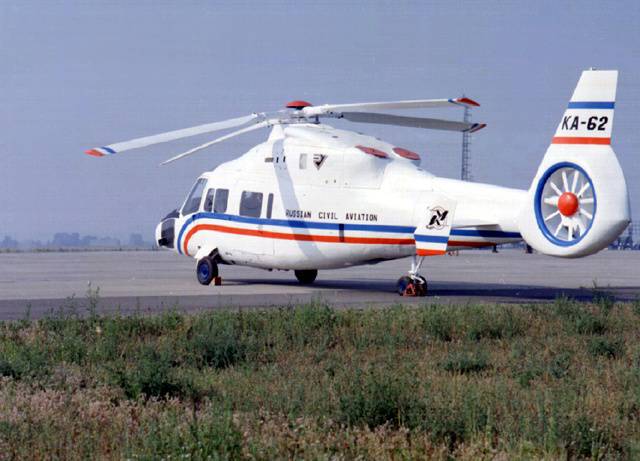 The Russian Air Force is waiting for the appearance of the new Ka-62 helicopter developed by Kamov and “they will be happy to take it,” said Commander-in-Chief of the Air Force, Lieutenant-General Viktor Bondarev.

“I think the helicopter will turn out good, and the Air Force will be happy to take it,” he told ITAR-TASS during a visit to Arsenyevskaya aviation the Progress company, where the first prototypes of the Ka-62 are assembled.

According to the commander in chief, the Ka-62 can be used to perform transportation tasks, and in the future, these helicopters will be able to solve other tasks.
In turn, the head of Progress, Yuri Denisenko, noted that in 2014, the plant should submit prototypes of Ka-62 helicopters for testing at the Kamov design bureau.

At the same time, the general director of Russian Helicopters, Alexander Mikheyev, said that the Ka-62 creation program is being successfully implemented. “The plant is mastering the production of components and assemblies,” he added.

Ka-62 - transport and passenger helicopter, designed for cargo transportation, emergency medical care, air works and surveillance. It can be used in the oil and gas industry, for rescue and corporate needs.

Mikheev also noted that the development strategy of the holding company “Helicopters of Russia” poses great challenges for the Progress aircraft factory, where Ka-52 “Alligator” combat helicopters are serially built. "We will develop the program" Ka-52 ", and not only for the Russian Air Force. We hope that these helicopters will be exported, ”he said.

“The plan of the state defense order of 2013 for the production of Ka-52 by the Progress and Russian Helicopters was completed,” noted Mikheyev. According to him, the holding’s plans for the mass production of new Ka-62 civil helicopters are linked to Progress.

In turn, Bondarev added that this year the fleet of the Russian Air Force added more 100 new helicopters, including Ka-14 52 combat vehicles.

In particular, according to the commander in chief, Progress in 2013 for the year fully completed the task of the state defense order for the delivery of Ka-52 helicopters to the Air Force. “The plant completed this mission without disruption, and all 14 helicopters will be delivered to the troops,” said Bondarev, adding that the Ka-52 is being used by the Eastern, Southern and Western military districts.

According to the commander in chief, in 2014, the pace of the arrival of new technology will continue. “Today we saw cars in workshops from 2014. The Russian Helicopters holding and the plant give us a promise that next year we will receive helicopters rhythmically and quarterly. Not at the end of the year, but starting in March, the first six helicopters will go, and then quarterly - three or four cars. The pilots will start mastering them in March, ”he said.

Recall that a few days ago it was reported that in three years a test of a new version of the Mi-28HM helicopter, which is being actively developed by the Russian Helicopters holding, will begin in Russia.