The world returns to race in space exploration

December 25 2013
25
Today, the development of space technologies, as well as the very high dependence of the economy on space (of some states), leads to an increase in opposition outside our planet. This is the point of view that Vitaly Davydov, deputy director of the Foundation for Advanced Studies, adheres to. According to this specialist, the European countries and the United States are currently taking all possible steps in order to channel all their scientific and technical potential in order to achieve advantages in space, including in the military sphere. Davydov notes that, taking into account the very high significance of the cosmos, the probability of opposition in it is quite large. The specialist spoke about this at a special meeting at the Mission Control Center (MCC), which was devoted to the development of the rocket and space industry in Russia. The meeting was chaired by Deputy Prime Minister Dmitry Rogozin.


According to Vitaly Davydov, it is very important to know what exactly is happening today in near-earth orbit, which could potentially become a new theater of military operations. The expert noted that this is a task that involves doing serious work on the space control system, over which the Federal Space Agency is currently working. We are talking about a warning system of dangerous approaches in space. Davydov also added that it is necessary not only to know where a particular spacecraft is located, but also to provide a full understanding of exactly what condition it is currently in. Knowing this, we will be able to better understand what our potential adversary is preparing for, since in today's realities any large-scale military operations begin with a change in the configuration or activity of a satellite constellation deployed in space.

It is worth noting that by the spring of 2014, Russia will have completed the process of forming the United Rocket and Space Corporation (ORKK). This was previously mentioned by Igor Komarov, who holds the post of deputy head of Roskosmos. It is assumed that at the first stage the process of incorporation of the Research Institute of Space Instrument Making, the process of transferring shares to federal ownership will take place, after which changes will be made to the authorized capital of the Ordinary Computing Plant. All this will take time. It is supposed that ORKK will be able to create by April 2014 of the year, Igor Komarov spoke about this in an interview with the Russian news agency ITAR-TASS. Earlier, Russian Deputy Prime Minister Dmitry Rogozin, who oversees the development of the Russian defense industry, announced that space-related enterprises that work not only in the civilian sphere would be included in the new corporation. The CSCs should also include those enterprises and organizations that are working on the orders of the Ministry of Defense of Russia. 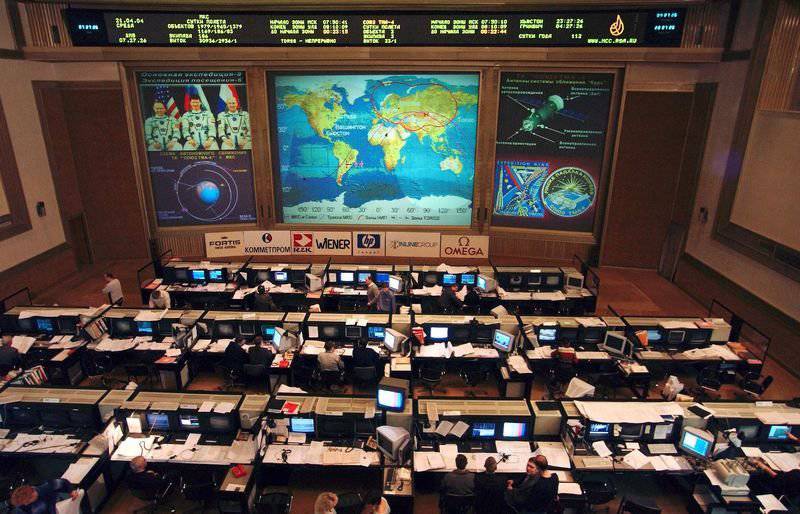 The crisis in the Russian space industry

At the same time, the situation in the space sphere in Russia today cannot be called successful. Speaking at the expert council of the Federation Council of Russia, Yury Koptev, who is the chairman of the scientific and technical council of the state corporation Rostec, said that at present the Russian space group is even behind the space groups of China and India. According to him, the state of the Russian orbital constellation can be described as catastrophic. Currently, the Chinese orbital grouping is superior to the Russian. And if we pay attention to its substantive part, then we are losing both in civil and military units. We give in to meteorology, Earth sounding, in connection not only with the US and European groups, but also with the orbital groups of India and China.

The materials, which were distributed among the media employees, directly report that the Russian rocket and space industry is almost uncompetitive in modern realities. The exception is a number of specific and fairly narrow segments of launch services and manned astronautics. At present, Russia is also losing its position in the field of scientific space. The former head of Roscosmos, Yuri Koptev, connects many of the current problems of the industry with a fairly large number of imported components. According to Koptev, at present such components in the Russian cosmonautics are already of the order of 600 type nominal. At the same time, Russia uses the components of the category Industry, without guarantees that they can withstand the conditions of operation in space. In addition, according to Yuri Koptev, there is simply no production of more than 500 necessary materials in Russia.

Today, the catastrophic situation in which the Russian space industry is located is already visible with the naked eye. It is not only about emergency starts, which in recent years have become much more frequent. We are talking about a real kickback in the exploration of outer space, the interruption of the development of space technology, the degradation of a space group. A year ago, the Russian Ministry of Defense refused to adopt the GLONASS satellite navigation system. Then it was said that this delay was caused by a delay in the paperwork process, but a whole year passed, and the documents were not drawn up. At present, it is not even a matter of putting the group on combat duty, most likely, it’s not the papers, but the hardware. 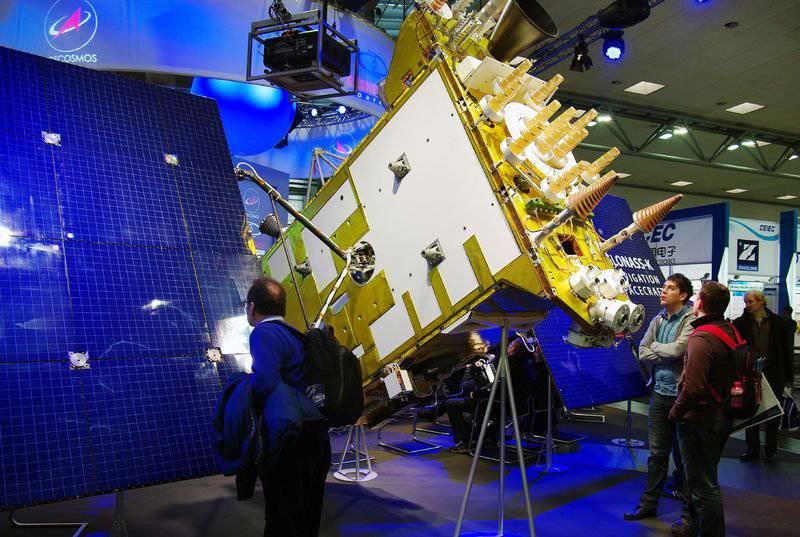 In December 2012 of the year in Russia, the launch of the spacecraft, which belongs to the next generation, Glonass-K, was canceled. Then we were convinced that this launch should take place in February-March 2013 of the year, but soon February of 2014 of the year, and Russia continues to send Glonass-M devices, which belong to the last day, to orbit. And even these devices do not always fly.

At the same time, Russian Space Systems (RKS), which is the main creator of the space and ground equipment of the GLONASS system, after the expulsion from its post of the accused and defamed by embezzlement (the size of which is legendary) by the general designer Yuri Urlichich has undergone the real pogrom. A number of leading specialists of the company were dismissed from their posts, some breakthrough developments were curtailed. At the same time, the criminal case against Urlichich collapsed, and the space enterprise, which literally 3 just a year ago was considered one of the most successful in the Roscosmos system, cannot be considered as such. If in the accounting report published on the official website of RSK for 2011, the billionth profit was recorded in the year, then the report for 2012 did not appear at all. According to rumors, the company ended the year with a loss of 2013 billion rubles. Perhaps these rumors are greatly exaggerated, but the general trend is clear.

Now we can say that the short “reign” of Vladimir Popovkin in Roscosmos turned out to be a serious fall for the whole industry. Damage to prestige, the scientific and industrial potential of the damage will be difficult to compensate. First of all, due to the fact that specialists who promoted certain space technologies and space technology were lost. In the light of the beginning of the reform of Roscosmos, the preservation of the remaining personnel and the potential that has been saved has been very important. 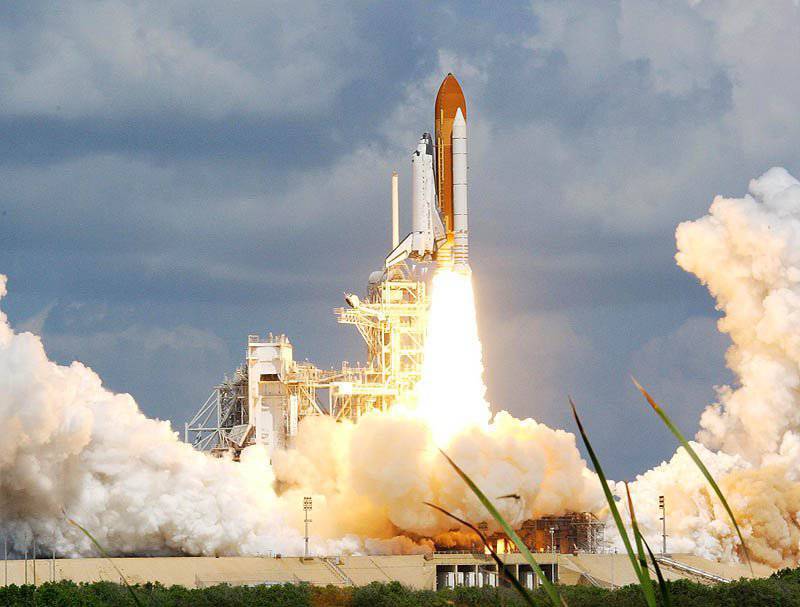 The moon is one of the priorities

By the middle of the twenty-first century, the moon may become a kind of seventh continent of our planet, at least, as experts predict. It is assumed that humanity will develop the polar regions of the natural satellite of the Earth, bases will be built on the moon, and it is possible that the moon will become a place of collision of economic interests of various states. At present, some representatives of the scientific community are drawing a parallel between the Arctic shelf and the Moon, believing that the real competitive struggle can also take place on the satellite. Various states will try to capture areas near the lunar poles, where the best places for arranging habitable bases are located.

It was at the poles of the moon that a large amount of ice was found, from which it would be possible to get drinking water, oxygen for astronauts and hydrogen, i.e. rocket fuel. In addition, the Moon is rich in various useful resources, rare for the Earth metals. Their production can be adjusted in close proximity to the orbital bases. The extraction of metals from the lunar soil and their subsequent delivery to the Earth is still an exorbitantly expensive task, but over time, especially against the background of the depletion of earthly reserves, it may become popular, which will also lead to competition.

The space treaty, which was concluded in 1967 year, proclaimed the natural satellite of the Earth the heritage of all mankind. On the moon, you can stake out a portion of the surface, but this step does not have any legal justification. The installation on the moon of various flags is also perceived only symbolically. Therefore, Vyacheslav Rodin, deputy director of the Space Research Institute of the Russian Academy of Sciences, considers the comparison of the Arctic with the Moon not quite correct. In his opinion, the Moon as a storehouse of useful scientific knowledge will need to be mastered by the joint efforts of countries. 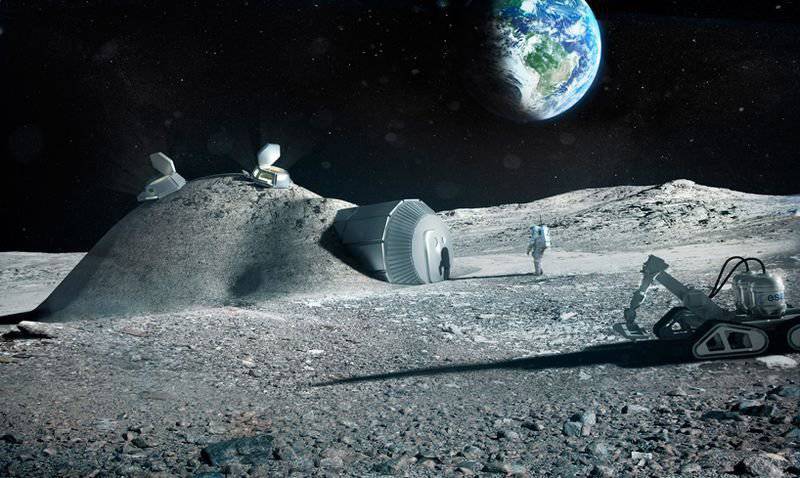 In this regard, Russia's experience in conducting long-term space missions may be useful. Rodin explained that at present in Russia work is under way to work out a serious program for the development of our satellite. This program provides for the dispatch to the Moon of two landing and one orbiter. Landing modules will have to land at the South and North Poles. The program is designed to 2023 year. According to a number of specialists, its successful implementation will help Russia regain the shaky leadership in the field of space exploration.

According to the plans announced, the launch of the Russian Luna-Glob landing gear should occur in the 2015 year, the orbital module in the 2016 year. In October, 2013 reported that the landing site of the Russian Luna Resource probe, scheduled to launch on the 2019 year, could in the future become a place to deploy the Russian base on the Moon. In addition, Russia continues to show interest in Mars, participating in the project "ExoMars". This two-mission project is scheduled for implementation in 2016 and 2018.